Whether they're focused on climate change, reducing waste, cleaning up our communities or holding industry accountable, these 10 Canadians are trying to make our country—and the world—a cleaner, greener place.

Canada's national identity is intertwined with the lakes, forests, tundra and mountain ranges that make up our diverse terrain, our iconic wildlife and our heroes (like David Suzuki). But our actions haven't always matched our ideals; last year, one study ranked us 14th out of 16 peer countries in environmental performance (only Australia and the U.S. did worse, and Switzerland took the top spot). That's why we find the following people inspiring. From food waste to pollution to the three Rs, they're working on big and small ways to help Canada become more environ­mentally friendly. 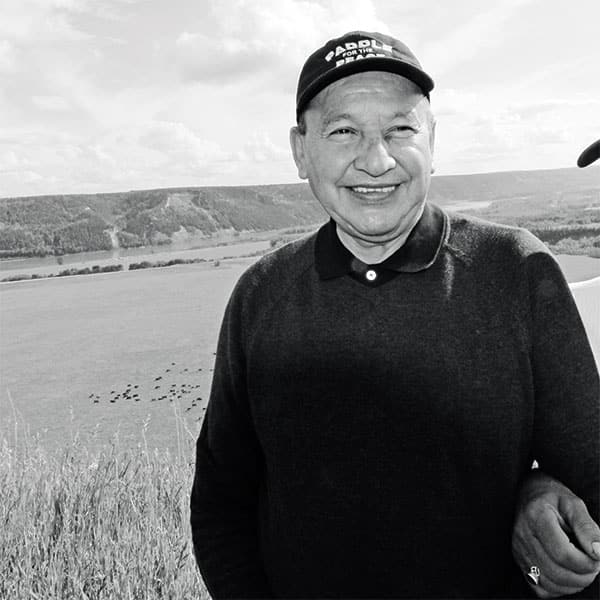 Grand Chief Stewart Phillip was born a member of the Penticton Indian Band, but was sent to a non-Indigenous foster family in Quesnel, B.C. It wasn't until he was in his early 20s and reunited with his family that he became an environmental advocate. "I went from a Eurocentric value system—with a view that the land is a collection of commodities to take to the marketplace for profit—back to my Indigenous roots," he says. Today, the 67-year-old president of the Union of British Columbia Indian Chiefs (UBCIC) continues to take the role of protector seriously, especially in the fight against heavy-oil pipelines. Arguing that they encroach on sacred First Nations land and that spills contaminate marine ecosystems, the UBCIC fought the Enbridge Northern Gateway pipeline for 10 years, eventually winning in the courts. For the past three years, the union has turned its attention to the Kinder Morgan Trans Mountain Pipeline Expansion Program, and recently to TransCanada's Keystone XL Pipeline (the controversial project green-lighted by U.S. President Donald Trump in January). Phillip sees environmental issues through a very personal lens. "My wife, Joan, and I have been blessed with 15 grandchildren. When you have grandchildren, you see the world differently—you carry the concern of what the future holds," he says.

What you can do: "Call your MPs, take part in letter-writing campaigns, volunteer, but most importantly, go to marches­—they're visible expressions of public opposition." 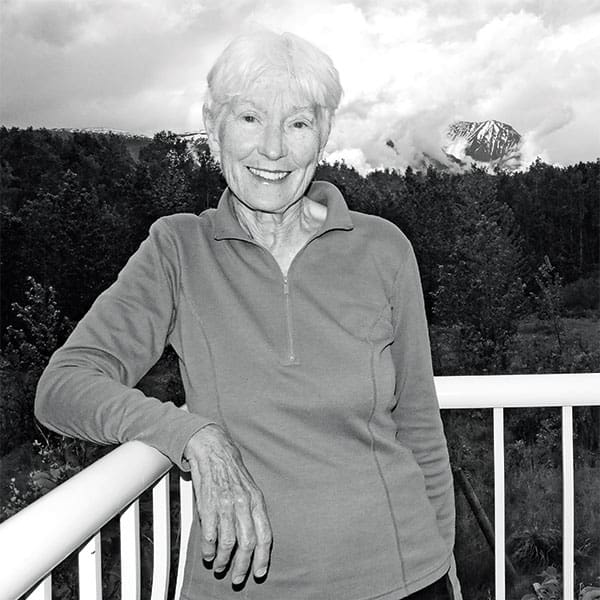 In 1996, after a full career in public service, Kathleen Ruff retired—but rest and relaxation were not in the cards. For the past decade, she's campaigned against Quebec's asbestos industry. "There aren't many issues where Canada is playing a leading role in the world," says Ruff, 77. "With asbestos, we were—and it was a very destructive role." Pointing out Canada's ethical responsibility was the hardest work Ruff says she has ever done, but it paid off when Prime Minister Justin Trudeau announced last spring that Canada plans to ban asbestos use by 2018—and Ruff was given the medal of honour in Quebec's National Assembly. "Whether it's asbestos, climate change or sugary drinks," says Ruff, "we're seeing scientific evidence distorted by vested interest. I think that is the issue of our time."

What you can do: "People have begun to think their purpose on the planet is just their individual life. But we have to stand up for the public interest, the well-being of the planet and the common good." 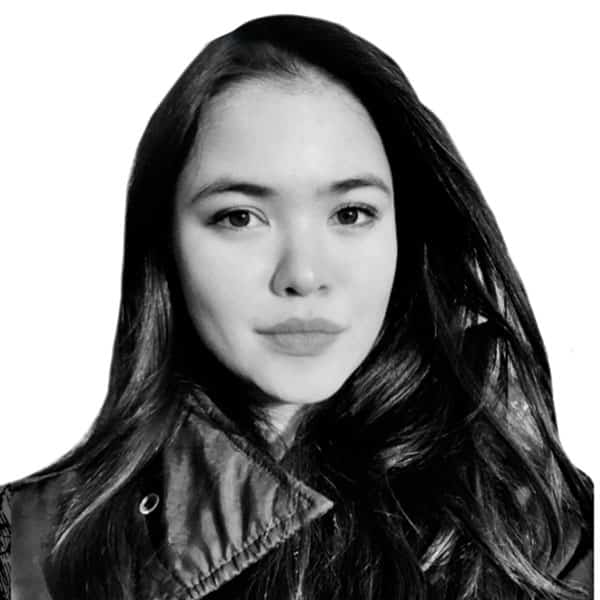 Singer and activist Ta'Kaiya Blaney has been to the Paris climate conference, the United Nations' NGO meeting in Korea, Idle No More in Vancouver and Occupy Wall Street in New York City—places you wouldn't expect to see a 16-year-old. "Those trips have been about spreading the message of my community internationally and giving a face to climate change," says Blaney, who is a member of B.C.'s Sliammon First Nation. "Our culture is impacted by the degradation of the land; my people will be on the front lines of those who feel the effects." That's why you'll find her campaigning for land rights, protesting pipelines and writing songs around these issues. "For anyone who is in activism for the long haul, it's healthy to bring in an element of self-expression, of what you love," she says. "For me, that's music."

What you can do: "Yes, we all have to be individually responsible, but it's more than turning off the lights—we also have to organize to tackle the system." 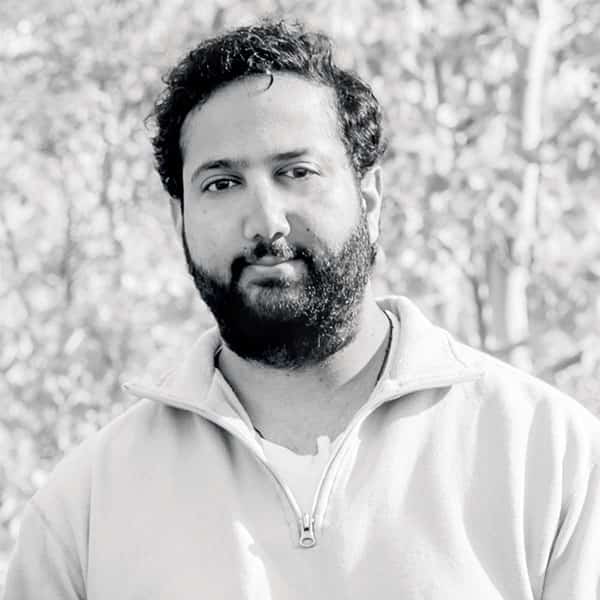 Growing up in the North makes you want to have a positive influence on the environment, says Yellowknife-born, Whitehorse-raised Ziad Sahid. "As a kid, I used to play at a pond, catching frogs and building forts. Today, that pond is all dried up," he says. "We see a lot of the effects of climate change up here." As project manager of Cold Climate Innovation at Yukon College, 33-year-old Sahid is part of a team that works with locals who have creative ideas about food security, cold-climate housing and alternative energy. "Anyone can come in with an idea, and we'll try to help bring it to fruition with funding, resources and expertise," he says. Last year's projects included permafrost thaw-detector studies, research into solar-diesel energy and a DIY greenhouse kit to extend the northern growing season.

What you can do: "People always say, 'I have this idea,' but they never act on it. If you have an idea that positively impacts the environment, you should pursue it—it could change the world." 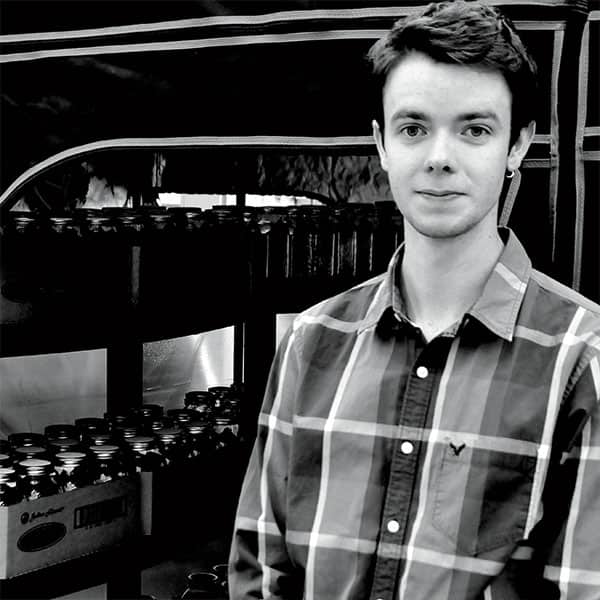 Alex Villeneuve's first childhood memory is of hoeing potatoes in his parents' "large, innovative garden." They inspired him to appreciate the work that goes into growing and how waste can be reused. Now, at 21, his passion is sustainability. The culinary arts and brewmaster student was shocked by the amount of waste involved in brewing craft beer. Instead of sending spent grain to the landfill, where it doesn't biodegrade, he developed a way to use it to grow oyster mushrooms—which is how he discovered it's high in protein. He started a sustainable waste-removal company, Ceres Solutions, and is turning the post-mushroom-growing grain into livestock feed. (He's also selling the mushrooms to a wholesaler.) "I'm trying to stop seeing waste," he says, "and start seeing opportunities."

What you can do: "Take a something-from-nothing approach. "Use vegetable ends to make stock, then throw in leftovers such as rice, meat and veggies for a hearty soup." 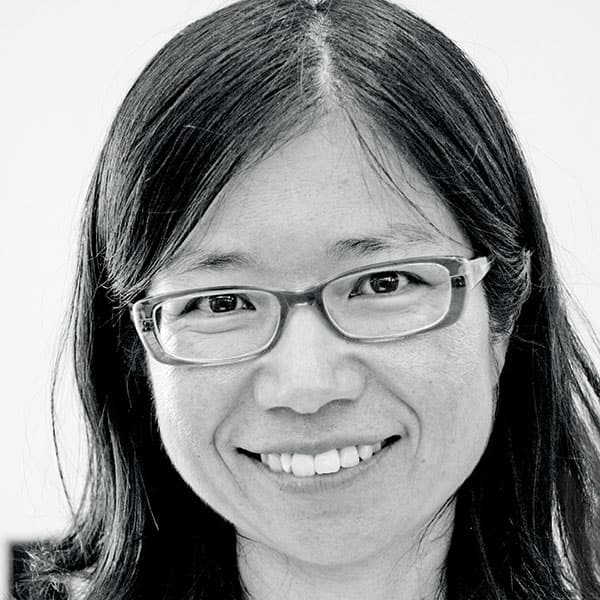 Wai Chu CHENG read about Amsterdam's Repair Café in a New York Times article and was moved by the concept of people taking broken household items to a community event to be fixed by volunteers. Fifty-year-old Cheng is by no means handy herself, but along with cofounders Fern and Paul Magder, she arranged a Toronto Repair Café event in 2013 with 10 "fixers." These days, they usually hold an event once a month with at least 25 fixers, 15 support staff and upward of 80 visitors. Cheng, whose day job is sustainability coordinator at Sheridan College, estimates they've repaired more than 2,600 items. But, she says, it goes beyond that: "The fixers will walk you through the repair and help you do it yourself. It's a learning process—and it's very empowering."

What you can do: "By fixing things rather than replacing them so easily, we can be a change agent. And we can all influence others by sharing our time with people in the community who need help." 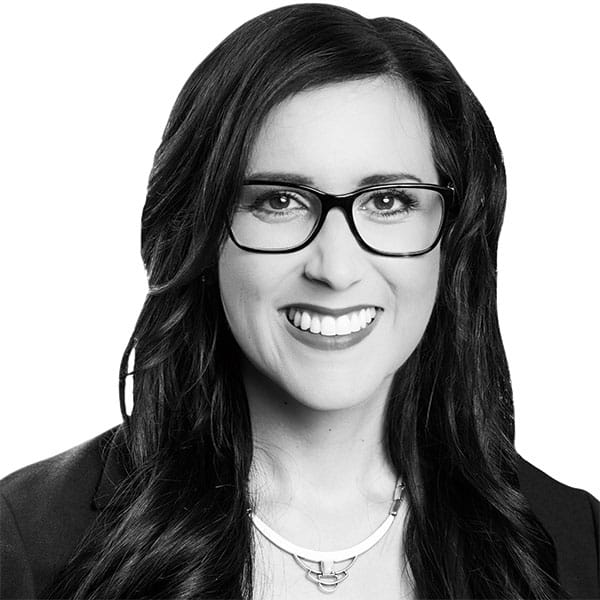 The menstrual cup has been around since the 1930s, but it took a mother-daughter team to revolutionize it. Francine Chambers came across the alternative to pads and tampons in the 1990s and started distributing a latex model in Canada. After her daughter, Carinne, graduated from business school, they teamed up to start a company, and by 2003, they were selling their own improved silicone version—The DivaCup. Today, it's a top seller in the sanitary-protection category across the country. The pair was intent on providing women with a better period experience and helping reduce the billions of tonnes of feminine-hygiene waste that ends up in landfills. "My mom has always been ahead of her time, as far as eco-consciousness," says Carinne, 38, of Francine, who has retired from the business.

What you can do: "Buy products with minimal or no packaging, and go to local farmers' markets rather than buying the packaged foods and products that we're so reliant on." 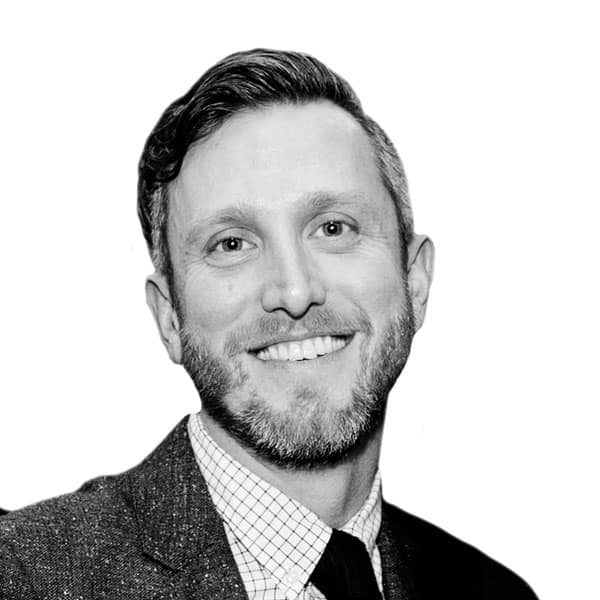 Over the past few years, Geoffrey Little has become increasingly worried about Montreal's trees. "The urban forest is in pretty bad state," says the 38-year-old, whose day job is editor-in-chief at Concordia University Press. "Many trees are spindly or damaged. A lot are dead. Some streets have no trees at all, just gaping holes." So last spring, he took action, writing a letter to the mayor and councillors. When no one responded, he set up a Twitter account, @MTLDeadwood, posting photos of tree-related injustices. The account has become a hub for concerned citizens and tree lovers, and, as a result, a number of saplings have been planted. Now, Little wants to use the account to explore ways to better maintain the city's trees.

What you can do: "Actions taken within small local environments can have important ramifications, so have confidence and work through any discouragement you might meet—from a storm to a bad neighbour to bureaucracy."

Todd MacLean
Author, Global Chorus: 365 Voices on the Future of the Planet
Charlottetown 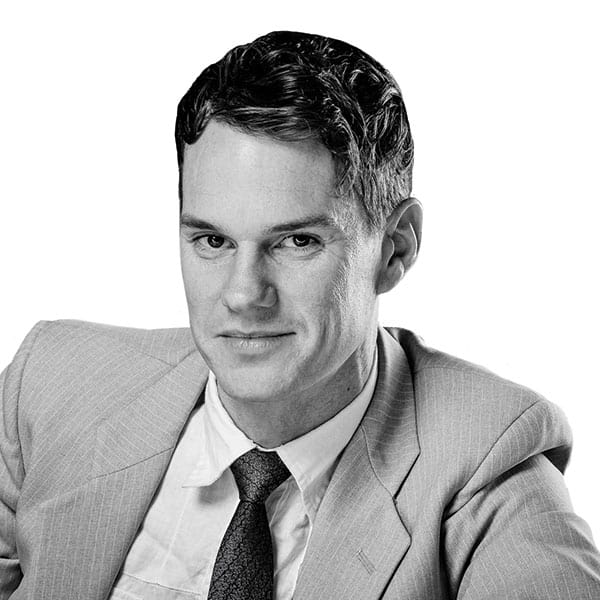 The idea hit Todd MacLean, 38, in the shower: a daily reader consisting of 365 people talking about how we can address climate change. "I had no clue how I could do it," says the music instructor and freelance journalist. "I was just a guy from P.E.I., with very few connections in the literary world." Still, he forged ahead and sent a series of emails to environmental guru David Suzuki; after he heard back, the project snowballed. In 2014, MacLean published Global Chorus, which is filled with entries from such internationally renowned voices as Jane Goodall, Desmond Tutu and Mikhail Gorbachev, as well as bus drivers, chefs and farmers. The reader landed on TED Talk's end-of-2016 list of books to make you feel hopeful, and recently inspired a Grade 5 class on the island to write a Global Chorus song.

What you can do: "None of us would be here, doing what we're doing, if Earth were not able to function healthily—so we should keep it in our circle of care the same way as a loved one." 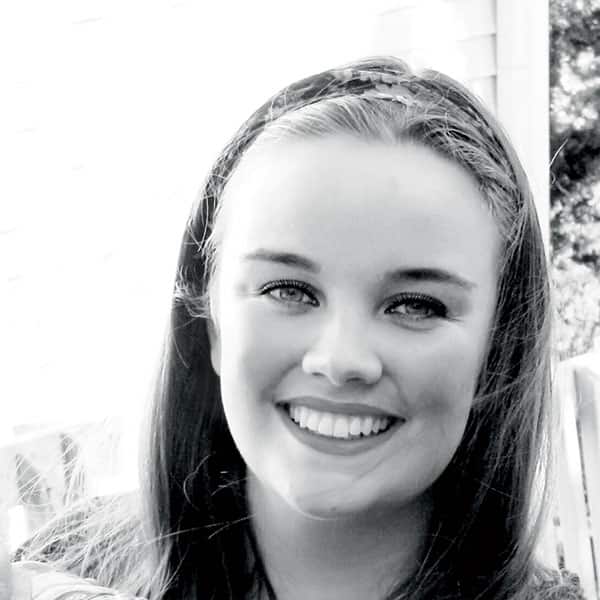 Bethany Downer can thank Cmdr. Chris Hadfield for inspiring One Step Shoe Recycling, her shoe-recycling project. As she was pursuing her dream of becoming an astronaut, the 23-year-old met Hadfield, who told her to do something that would stand out on her application to the International Space University (ISU) in Strasbourg, France. Downer was increasingly interested in sustainability, and his advice made her think about how she could make an impact in an area that hadn't been tackled. She landed on footwear. "Not only do we overpurchase shoes," she says, "but we also underuse them." She started a program that has diverted 7,257 kilograms of footwear so far from landfills—and helped her earn a spot at ISU, where she's bringing sustainability to space with her master's thesis on reusable launch systems.

What you can do: "You may be only one family, but if everyone adopts the same mentality, it makes a difference. Little changes can be done with ease."