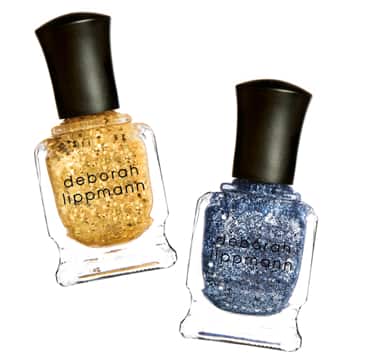 When it comes to holiday nails, a swipe of metallic and a dusting of glitter is the common cocktail for the quintessential yuletide mani. Even though I sit as the current president of the I Heart Sequins fan club, I usually shy away from any form of shimmer in my polish. Opting for a greige nail or a solid pop of colour, hold the glitz and easy on the sheen please. As we swiftly approach Christmas and New Years my sparkle ban has been temporarily lifted. For the first time since I reached nail polish age of consent (long story) I’m starting to dip my nails into the glittery lacquer trend. And I like it! The one draw back? My cocktail rings now have to compete for attention because the nails are getting all the complements. Not only is this a festive gift to give, it's also relatively affordable. Ranging from $5 for a cheapie drugstore brand to $25 for a luxe lacquer. If a co-worker or friendly acquaintance surprises you with an unexpected gift, you can make a run to the nearest Shoppers Drug Mart and pick up a quickie present. A few words of advice when choosing a sequined inspire  lacquers: go big or go home.

Here are some of my favourite sparkling, shimmering, and glitterific polishes:

[/caption] If you wear a lot of gold and black in your wardrobe (I do!) then this is the spangled enamel for you. It's black based and jam packed with micro sparkles. It almost has a dark khaki green feel mixed with copper shiny bits. Available at Holt Renfrew. [caption id="attachment_1203" align="aligncenter" width="209" caption="OPI Nail Polish in Sparkle-icious, $11."] [/caption] When swiping on this shade, forget the old adage of less in more. More is more then add a little bit more on top of that. This uber sparkly lacquer is from OPI's Burlesque collection, is a fine balance of blue, gold and magenta. It goes on a little matte which is unexpected, considering how sparkly it is. Available at select salons and spas, OPI.com . [caption id="attachment_1204" align="aligncenter" width="205" caption="Essie Nail Polish in Silver Bullions, $10."] 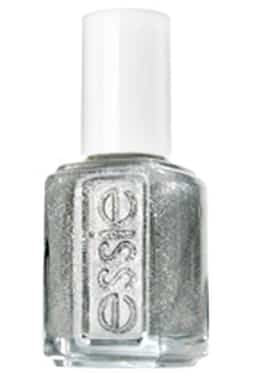 [/caption] After a few coats, it looks like a creamy silver metallic almost reminiscent of mercury. However, upon closer inspection you see the sparkle definition. The shade is a luminescent silver with glittery sheen. Available at selection salons and spas, Essie.com.