Share
Commercial cooking is a visceral, sweaty game, with the sole goal being to perfectly duplicate a series of dishes from imperfect ingredients under the pressure of paying customers and a ticking clock. If that's not already a recipe for disaster, remove the kitchen wall that shields chefs from inquisitive eyes, toss in a handful of ferociously judgmental judges, spice it up with a roaring crowd, and you've cooked up a culinary spectacle reminiscent of Colosseum gladiators. It's the latest form of food entertainment known as chef challenges.

The main player in Canada throwing these types of events is Underground Chef Co, owned by Joe Friday, Dan Gunam and Michael Motamedi. I recently had the honour of guest judging at one of their events. 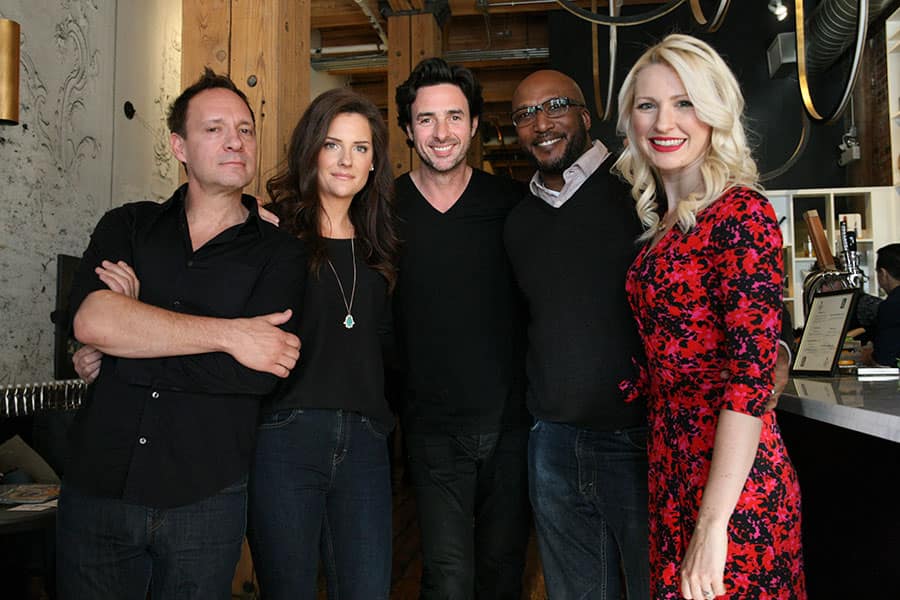 I wasn't told much, other than to turn up at 6 p.m. with an appetite. I was perched dead centre at the food-serving bar at Toronto's R&D restaurant, co-owned by Michelin star–rated celebrity chef—and MasterChef Canada judge—Alvin "Demon" Leung. I and five other judges, including Kevin "the Thirsty Traveler" Brauch and Rob Rainford of Food Network Canada fame, were to weigh in on what was touted as "Niagara versus Toronto."

Very quickly, the restaurant was rammed with enthusiastic foodies who, for their reasonably priced ticket, hovered around the open kitchen. Event cohost Joe Friday took the mic and hyped us all into a salacious culinary-fuelled frenzy as the two teams, each consisting of two chefs, were presented with the secret ingredients: quail and fresh-off-the-plane Pacific seaweed. (The seaweed truly did arrive at Pearson airport 40 minutes earlier.) 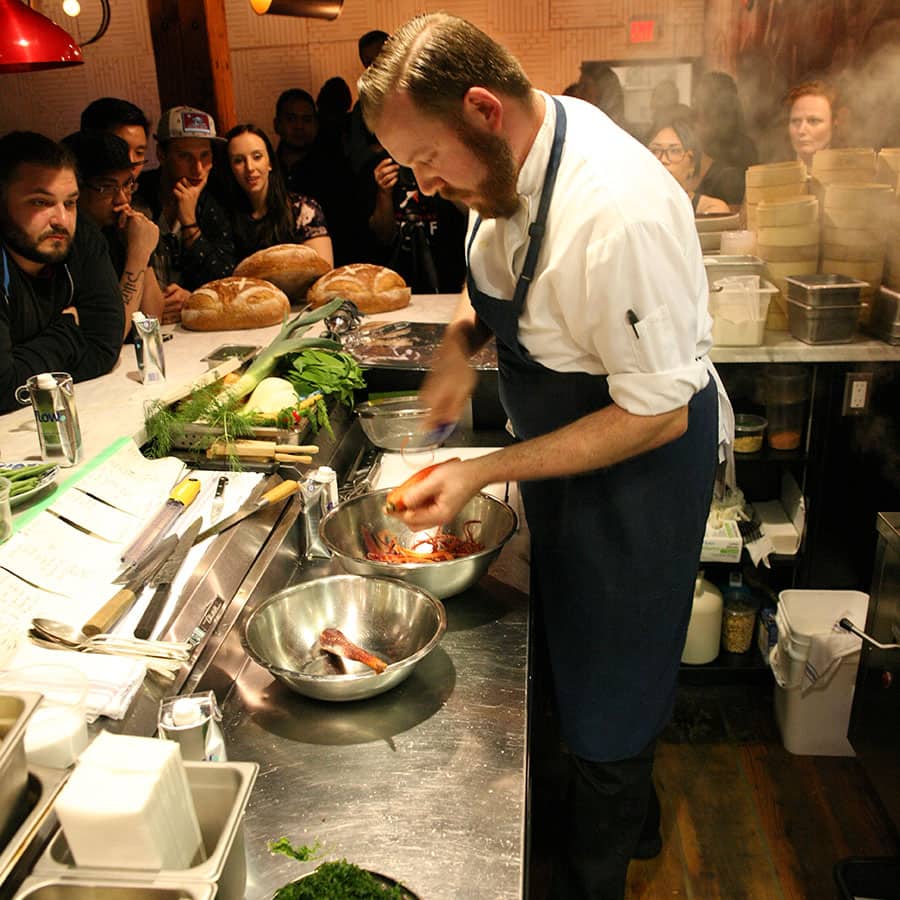 The chefs exploded into a choreography of deboning quail and sweating over other mise en place. Quickly, dishes began to roll out. The judging criteria: taste, appearance, usage of the secret ingredients and originality. Considering all dishes were conceived merely minutes prior, the level of mastery demonstrated was nothing but inspirational. Some dishes were great; others were heavenly. 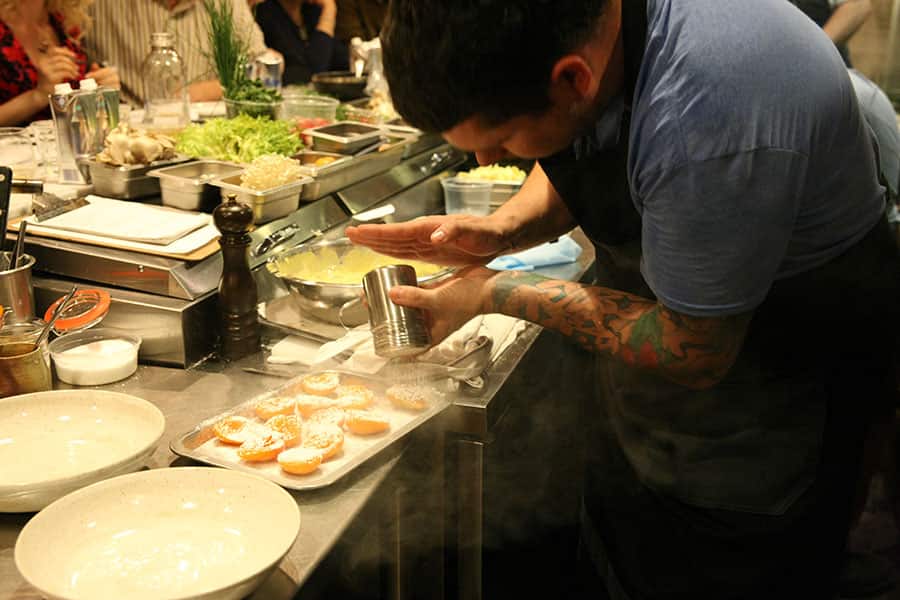 I quickly forged friendships with the folks standing right behind me, who were keen to snap all the dishes being placed in front of me. I made a point of taking only a mouthful of each dish so I could pass the remainder back to the salivating crowd. Within a few seconds, a nearly licked-clean plate would return to me. By then, we’d transcended sharing germs. And I loved it. 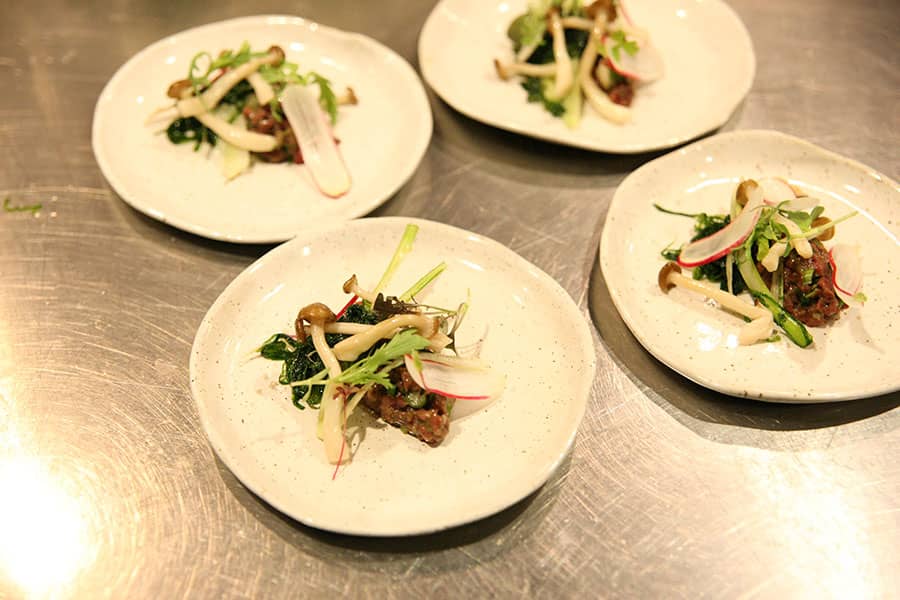 With the colourful play-by-play by cohost Devan Rajkumar, and the smells of creativity filling the air, what I first skeptically considered to be, at best, an interactive food event became a bona fide theatrical experience. The energy was contagious. It was most curious watching the crowd become intoxicated on what chefs experience daily: the adrenaline rush born of a beautiful pressure-cooker dance between controlled calamity and on-the-fly artistry. 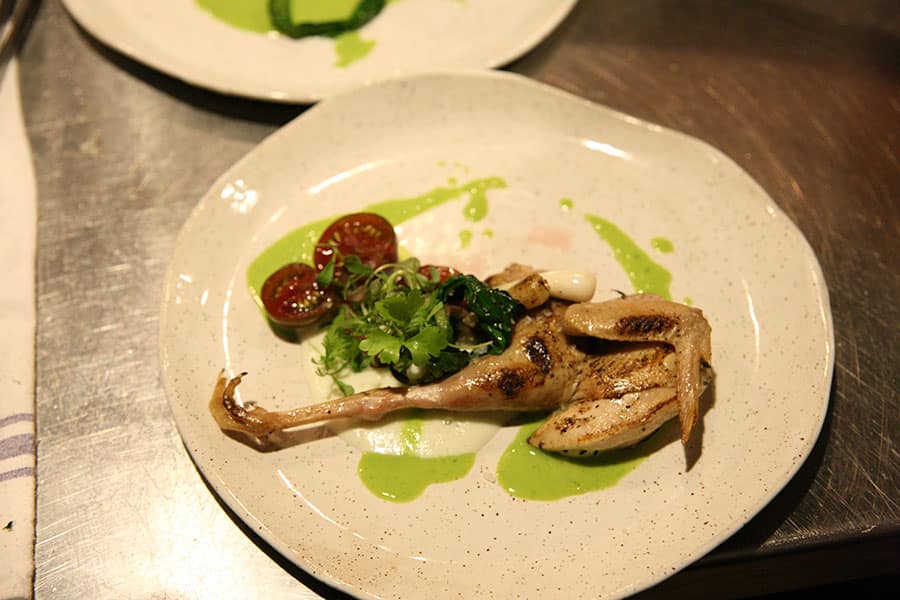 "The real agenda here is to give up-and-coming chefs a platform on which to make a name for themselves," explains Joe Friday.

In an age where it's essential for the survival of a new restaurant to engage a publicist, it's nice to see a passionate bunch of peeps looking out for the engines of the restaurants we savour—the chefs. If you have an appetite to experience what it's truly like to be in a commercial kitchen during a busy service, grab yourself a ticket. I'm addicted. I think you will be, too.

Underground chef challenges are the latest in food theatre