What to know about melanoma

54-year-old Susan Cox is a three-time survivor of advanced melanoma. She spoke to us about her approach to sun safety before getting diagnosed, not losing hope and what she’s learned.

One morning in 2007, Susan Cox woke up to a blueberry-sized mole on her back that was, suddenly, bleeding. She hadn’t paid much attention to the mole before, but now it was making itself known—and she immediately knew that something was wrong.

“It sounds ridiculous to think that my life could be in jeopardy from a mole,” she says. But it was. After a three-month wait to see a dermatologist, Cox was diagnosed with stage three skin cancer and a 10-inch strip of skin was removed from her back.

The 54-year-old, whose cancer has recurred three times, is among the one in 73 Canadian women who will be diagnosed with melanoma in their lifetime. The deadliest form of skin cancer, melanoma accounts for 3% of all new cancer cases in Canada. It’s very treatable if caught early, but over the past 25 years, the incidence rate has increased significantly. The numbers are staggering—which is why, at five years cancer-free, Cox is still fighting the disease head on. But this time, she’s focusing on public awareness. “My mole was itchy for a couple of years before [I was diagnosed]. I should have recognized there was something different about it then, but I didn’t,” she says.

That’s why she has contributed to an e-book of photo essays by melanoma survivors published by the Save Your Skin Foundation and Novartis Pharmaceuticals Canada Inc. (See a selection of her photos throughout this story.) Many people think it’s “just skin cancer,” but Cox’s mission is to convey just how serious a diagnosis melanoma is, how much it changes your life—and how easy it is to prevent.

What was getting diagnosed like?
I had a mole on my back that popped. I thought it was just a pimple, so I called a dermatologist and ended up waiting three months to get an appointment. I didn’t realize it was serious—and then I was diagnosed stage three melanoma right out of the gate. So, that means, you are already pretty much in trouble before you’ve even known what has hit you. 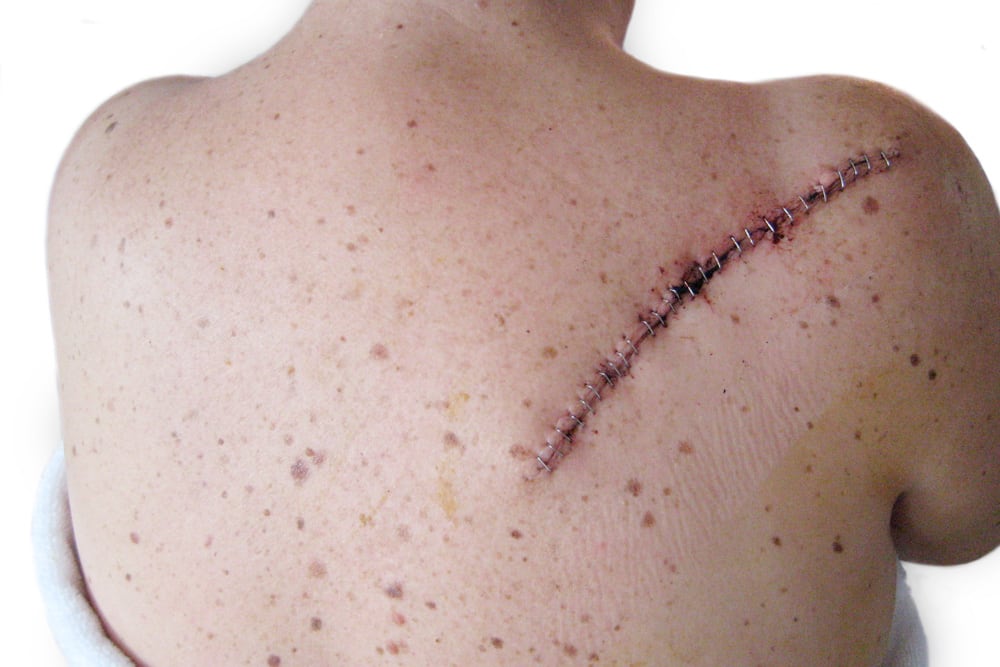 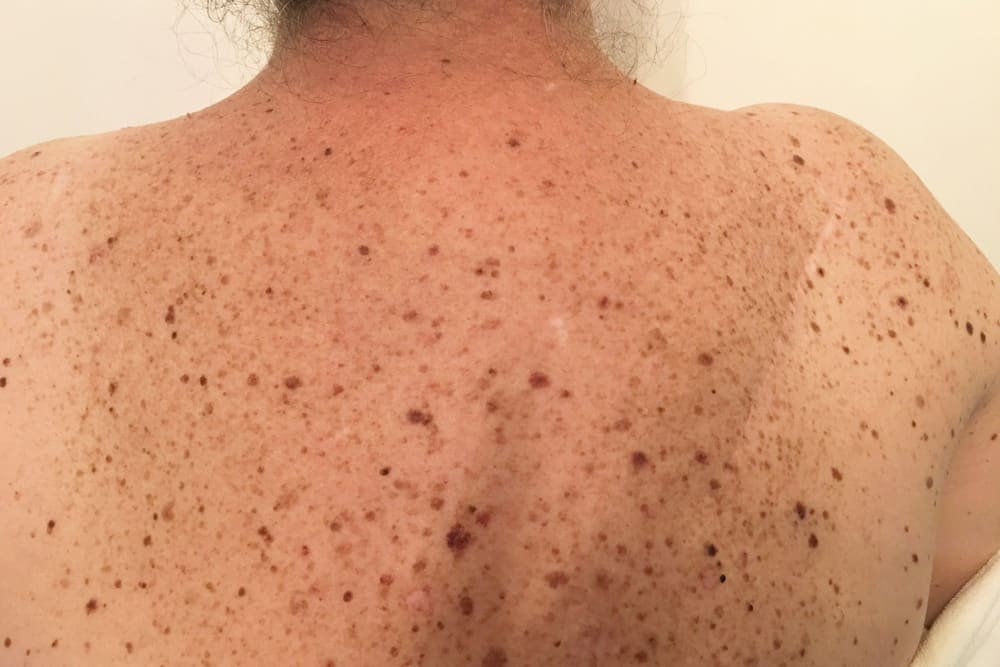 “While time goes on, the physical and emotional impact of melanoma can fade, but it never really disappears. It’s something I’ll never be free of, but I can live with the scar and I can try to move on.”

When it did hit you, how did it feel?

At first, I went to the internet, which was the wrong thing to do. It freaked me out. I cried into a towel in my bathroom with the door locked. I was frozen, I actually didn’t know what I was supposed to be doing. When you’re told you have this disease and it’s going to keep coming back and keep coming back… I wanted to run away, frankly. It sounds silly, but I just wanted to go somewhere… but how do you run from your own body?

Were you cautious about sun safety before you were diagnosed?
No. Not at all. As a matter of fact, I used tanning beds, religiously. I encouraged others to use them. I took my daughter. I read the literature and it sounded safe enough, but I didn’t understand what I was doing. I didn’t understand they were carcinogenic, as a whole. And I didn’t use any sun safety product.

How did having melanoma change you?
I was so scared. I wasn’t really living. I was only living between my doctor’s appointments, truthfully. If you are told your appointment is in two months, you put everything on hold for two months. You don’t make holiday plans, you don’t buy a ticket on an airplane, you don’t book a hotel—it’s almost like you’re expecting to be told you’re dying. But after a couple of surgeries, I decided I wasn’t going to be afraid to try things anymore. Once I had survived cancer twice, I felt as though I better start getting my bucket list double-checked and so I did.

What kinds of things did you check off your bucket list?
I’m a designer and I always wanted someone to hire me to design a beach house, or decorate a beach house, and nobody ever did—so I bought one. I did it myself. I wanted to know I could do it myself, and I was very pleased with how it turned out. I had a magazine come shoot it, I took some design risks that I wouldn’t have taken before. I wasn’t afraid anymore. 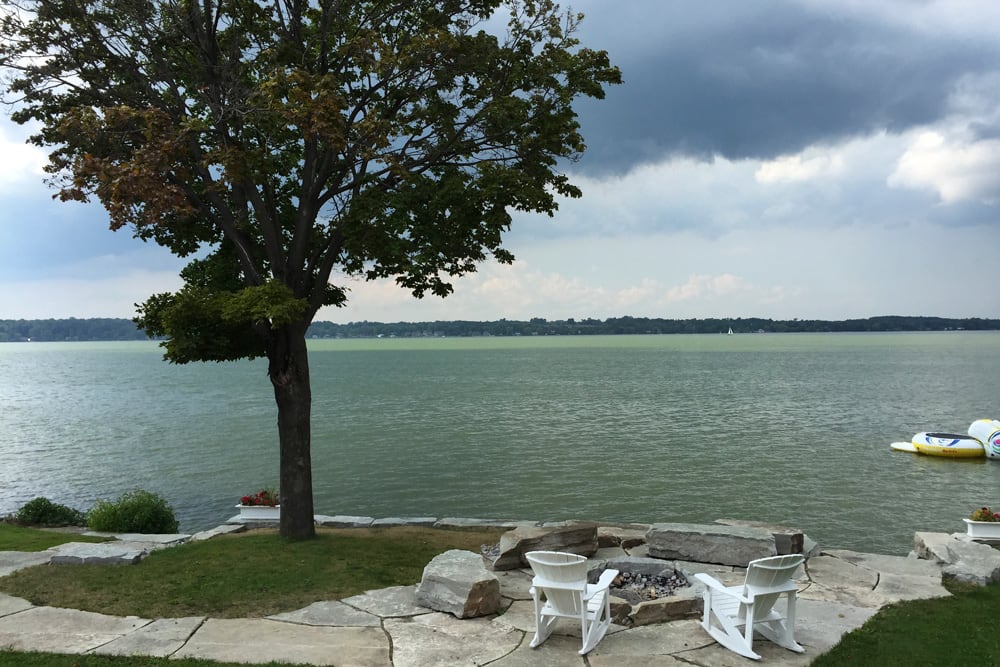 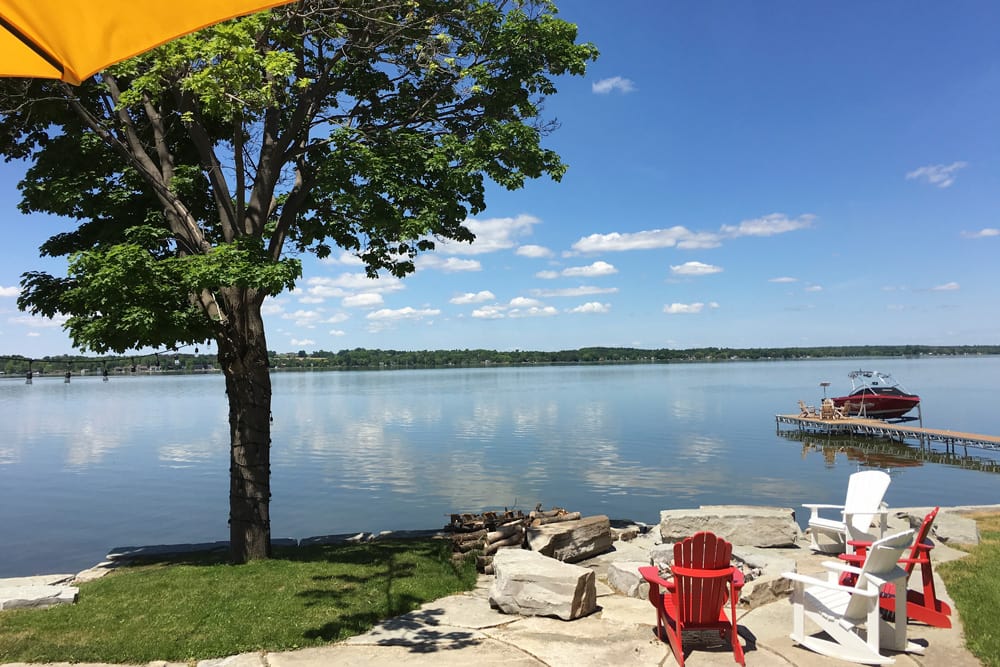 “When I was diagnosed with advanced melanoma, I was in tears. It absolutely demolished me.
The stormy times and fear kept me from living my life vibrantly. I decided I needed to build my beach house and it’s now a reality. It’s a place I can go to relax and regroup, and express my passion for design. I may have never taken this risk before I fell sick.”

Melanoma is the deadliest form of skin cancer, and the incidence rate has increased significantly over the past 25 years. So why don’t we talk about it?
It’s the mentality that it won’t happen to me. People don’t want to hear about melanoma because they want to be outside in the sun. Since the ‘60s and ‘70s, we’ve had a culture of tanning the skin. We see tanned skin as attractive, sporty, athletic. I was absolutely drunk with the idea of having brown skin and looking Mediterranean. But guess what? I’m not. I’m fair-skinned, I had white hair as a kid, I should never have been in the sun, ever. But it’s a cultural thing. I get it. I feel like I look better with a tan. I wear less makeup when I’m tanned. But it’s okay to look pale and be in the skin you’re in. I wear pale skin as a badge of honour. Tanned skin is damaged skin. You might see a tan, but a dermatologist sees damaged skin at a cellular level. When you come out of the shower in January and you can still see your tan lines, that’s damage. I still have tan lines and I haven’t been in the sun in 10 years. I’m rarely in the sun in a bathing suit, but I still have my tan lines. That tells you how badly I damaged my skin.

I took a targeted therapy because I had a mutation (which means the cancer mutates), and they’ve been able to look at that mutation and bind a protein to that mutation, therefore choking it out so it doesn’t multiply and doesn’t continue to grow. It’s available through an oncologist and it’s a pill. I took it twice a day. So for me, it was taking a pill twice a day and my tumours shrank immediately and completely away.

After being educated about sun and skin care, what have you learned about the importance to take sun safety precautions all year round?
There was a famous skier in Whistler, Dave Murray, who died of melanoma. You actually get more sun exposure in the winter than you do in the summer because snow and ice reflect the sun.

What advice do you have with individuals with concerns about the disease?

Get educated. But not on the internet! Do not look at pictures of melanoma in the images of your Google search. I don’t know anybody’s melanoma that looks like those pictures I have seen on Google. Don’t be afraid to have something looked at. If in doubt, cut it out.

Why did you get involved with the Save Your Skin “Melanoma Through My Lens” campaign?

One word: Hope. I want patients to not be afraid to help themselves and I know it’s hard because you want to run away, but there’s no running away from it. It goes with you, where you go. You have to stay and fight. It’s not a death sentence anymore. There’s hope. 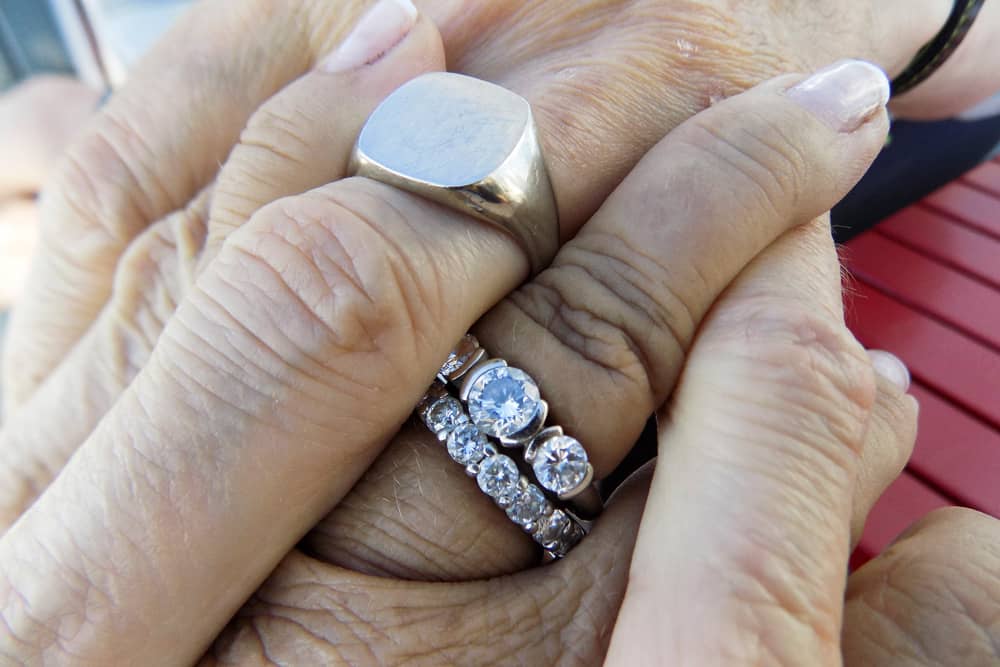 “Being honest with my family about what I was dealing with made a difference in my journey. Everyone helped me get through this. My son is a very caring boy. My daughter always shows me she cares. My husband is always by my side. What could be more hopeful than more time with my loved ones?”

What are three words you use to describe yourself with this disease?
Loud. Numb. Scared.

What are three words do you use to describe yourself without this disease?
Loud. Educated. Empowered.

Check out the Save Your Skin Foundation to find the Melanoma Through My Lens e-book.

1 in 74 Canadian women will be diagnosed with melanoma in their lifetime. Here's what you need to know