If you imagined Colin McAllister and Justin Ryan spending the winter hibernating in the Muskoka lodge they made-over in the first season of Cabin Pressure, think again. In fact, the tireless design duo had barely wrapped production on that series before setting their sights on another "slanty shanty." Season two, which premieres on Cottage Life on Sunday, March 22, takes place in beautiful Haliburton, Ontario, where the chic Scots found a sorry-looking shack that would serve as the ultimate test of their design savvy. "It's been crazy," says Colin. "In just four short months, we went from 'pig in lipstick' to beauty queen -- and we couldn't be happier with the transformation."

Here's a sneak peek of what's in store!

Living room: Before
When Colin & Justin first moved to Canada for the filming of Home Heist in 2007, they told me their cardinal decorating sin was "knotty pine." In season two of Cabin Pressure, they face an entire cabin full of the stuff! Living room: After
Although Colin & Justin admit they've warmed to certain woods since then, there's still no love lost with the orange and yellow toned, thickly-varnished variety they inherited with the cabin. "It gives us goosebumps big enough to ladder our jeans," says Colin. To give the pine ceilings throughout the cabin a stylish facelift, the design duo took a page from pioneer decorating. "We boiled hemlock bark in a huge cauldron in the back garden," Justin says. "The process releases a rich pigment which, when applied to common yellow pine, darkens it to a rich tone." An eco-friendly solution and budget-savvy, to boot: they snagged the hemlock bark from a nearby sawmill for just $50! 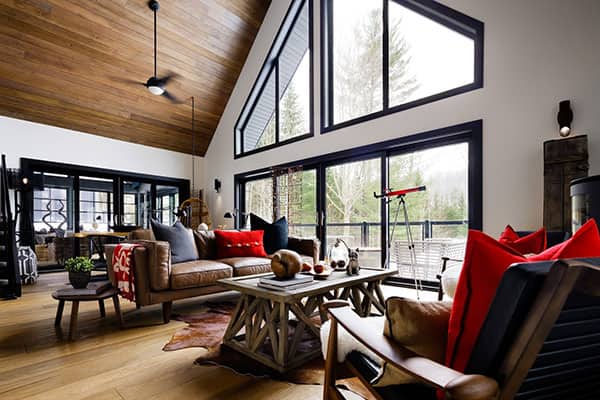 Bedroom: Before
The boys saw loads of potential in the cabin's under-utilized laundry room… 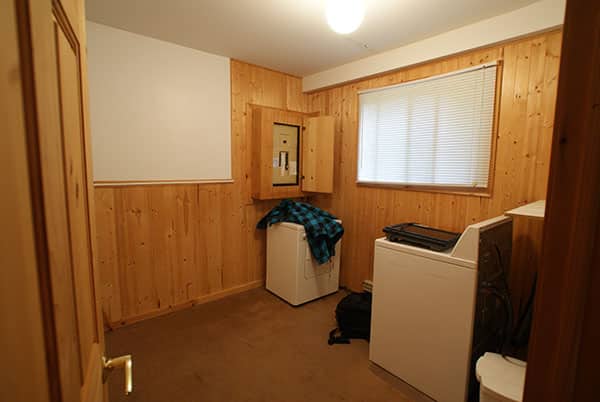 Bedroom: After
The showpiece of the dreamy new bedroom is the stretch of wood panelling mounted behind the bed. The planks -- salvaged from the cabin's decrepit dock—serve as a handsome vintage headboard and are a chic substitute for the wall's original honey-toned pine. Flanking the bed are industrial-look sconces that Colin & Justin "steampunked" from old gas pipe! Bathroom: Before
The bare-bones bathroom was in desperate need of an update... 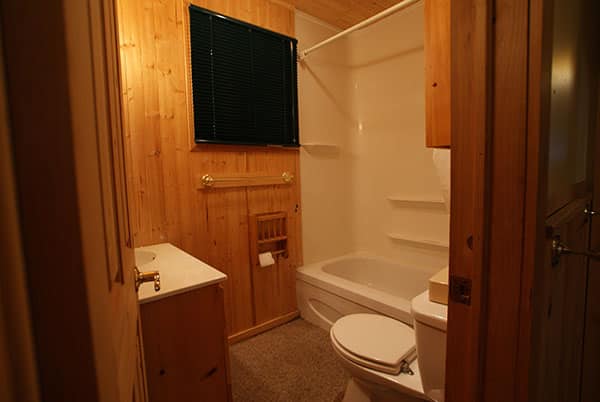 Bathroom: After
Out with the acrylic tub, and in with the sexy walk-in shower, lined with sleek grey subway tile. A stone vessel sink, rough-cut wood countertop and that old cabin decor staple—the lone antler—temper the bathroom's more refined fittings. 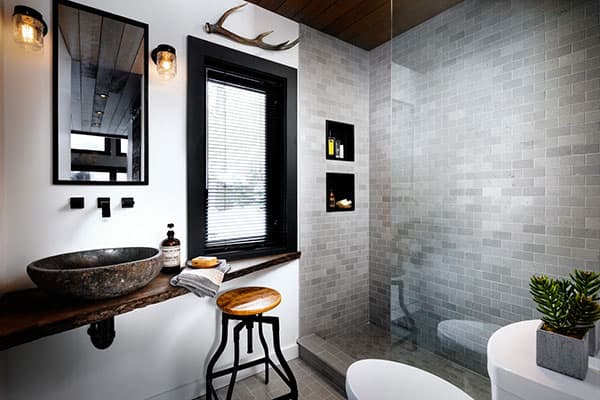