Share
Jack of all trades
Everyone in Halifax knows Fred Connors. He’s a former mayoral candidate (who came in a close third). He is one of the most sought-after hairstylists and makeup artists in the city. He is a small-business owner, a media personality (who has appeared as a makeover and self-esteem expert on The Marilyn Denis Show as well as Slice network’s X-Weighted) and a strong supporter of various youth and LGBT charities. Oh, and he has also led a tireless fight for the right to own backyard chickens as pets. Fred Connors is a man who does it all—and he’s absolutely fearless as he moves from one venture to the next.

“I’ve known that I wanted to be very successful since I was seven years old,” says Fred. The road to his current career(s) began in 1984, during a work placement with â€¨a British Columbia–based fashion designer. “She opened my eyes to the world of â€¨fashion and beauty, and I was hooked,” he says.

In 1986, at 19, he borrowed a little money from his mother and started a studio of his own. Later that year, he landed a contract to design uniforms for the Canada Games. He thought he had it made. Though he was creating clothes for MuchMusic hosts and other cool clients, fashion design didn’t pay the bills. “My dreams were coming true left, right and centre, but there was no money in it,” Fred says.

Starting his empire
In order to pay his rent, Fred began supplementing his income by sweeping the floor and shampooing hair at a salon. Within a few months, he was actually cutting hair. It came easily to him—he’d been doing it for friends and family since he was 10.

In 1989, he and friend Cleo Xidos opened their own hair salon in downtown Halifax. Everything was going fantastically well until 2003, when hurricane Juan hit and the building Fred’s salon was housed in was severely damaged.

“I knew I had to move quickly,” he says. “I looked to buy the cheapest building I could in the city, which turned out to be the old Bank of Nova Scotia building on Agricola Street in the north end.”

His salon, the aptly named FRED., opened in 2004. He was the first business owner to move into the neighbourhood, which up until a few years ago was a marginalized area and not somewhere his well-to-do clients frequented. He knew the only way to success was by investing in and becoming a part of the community.

Giving back to his Halifax community
First he teamed up with local groups. He offered a breakfast, self-esteem  and leadership program for girls living in nearby public housing. (Some, now graduated, work with Fred.) He founded the Commons North Business and Cultural Association to encourage volunteers to improve the community’s profile. He has also hosted events for charitable groups and organizations such as Adsum House, which offers services and support to homeless women, children, youth and transgender persons; Leave Out ViolencE (LOVE), a youth violence prevention and intervention organization; and Stepping Stone, a harm-reduction initiative for sex workers. “These organizations serve the immediate neighbourhood and help the people here overcome the barriers to education and employment,” says Fred.

A desire to contribute to his beloved city was behind Fred’s run for mayor in 2012. “My intention in running, although I also worked to win, was to bring a different candidate to the election and to give a voice to people who have never been listened to, or represented by, a politician before.”

Though he wasn’t elected, he has no regrets. “The only way you can get better at anything is to suck at it, fail at it, learn and grow,” he says. “I’ve never been shut down by failure and I think a lot of people are crippled by that. They never go on to create what they are meant to share with the world.”

Like most people who are outspoken, Fred can be polarizing. He knows he has critics, but they don’t bother him. “The people who write negative comments about me online are the ones who have the time to sit there and do that. I’m too busy actually making stuff happen.”

When asked if every city needs someone like him, Fred shrugs and says that every city probably does. “Some are unsung, and the city doesn’t listen to them,” he says. “But I don’t shut up. I’m tenacious. I’m like a fungus—give me the right conditions and I am just going to grow and grow.” It appears Halifax provides those perfect conditions, and it’s a better city for having Fred Connors in it. 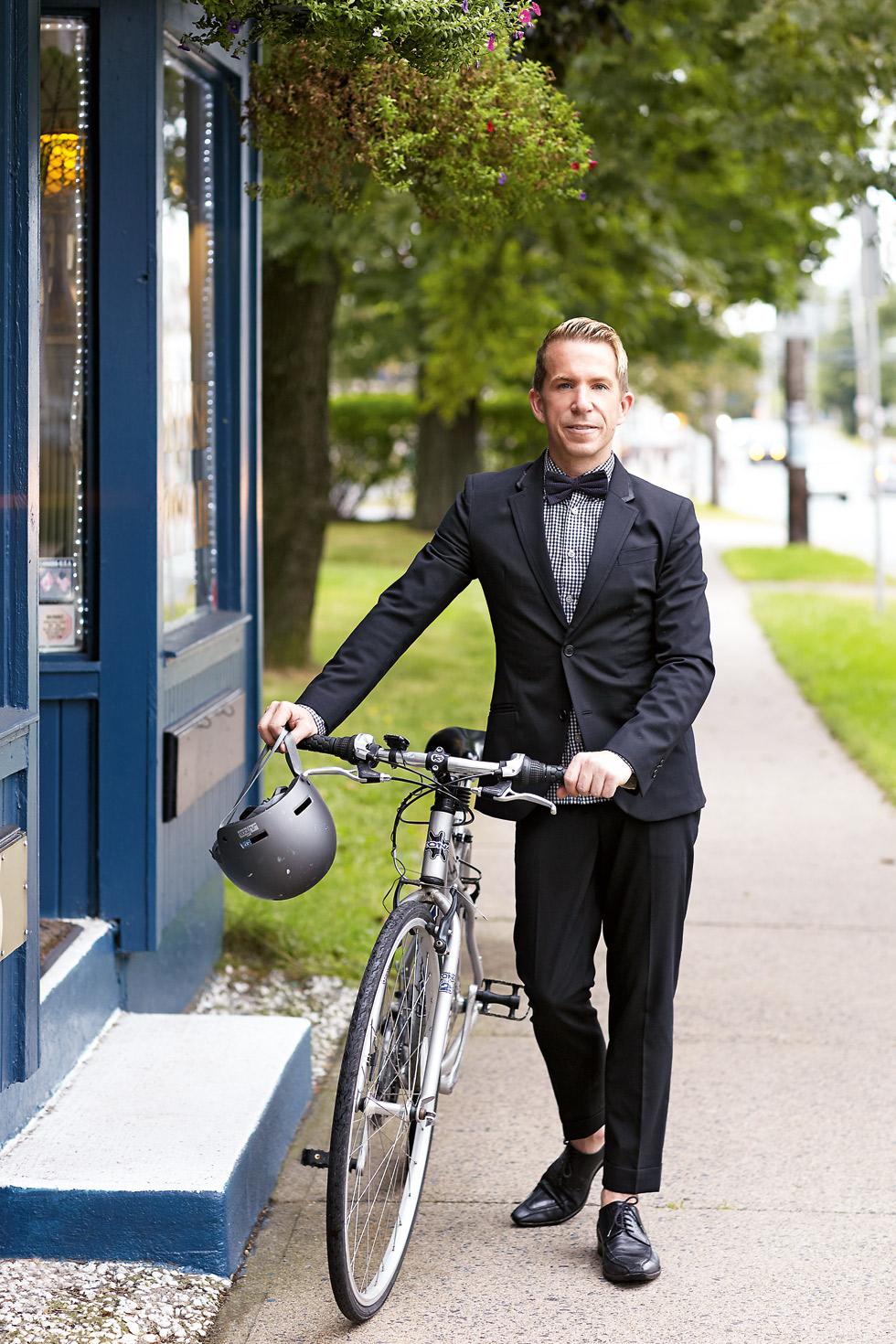 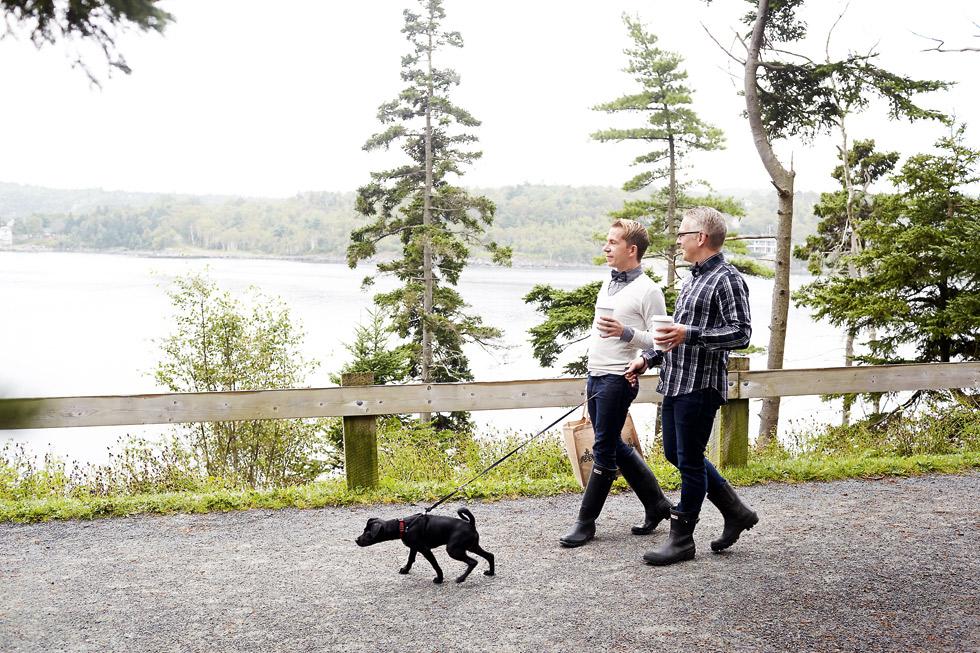 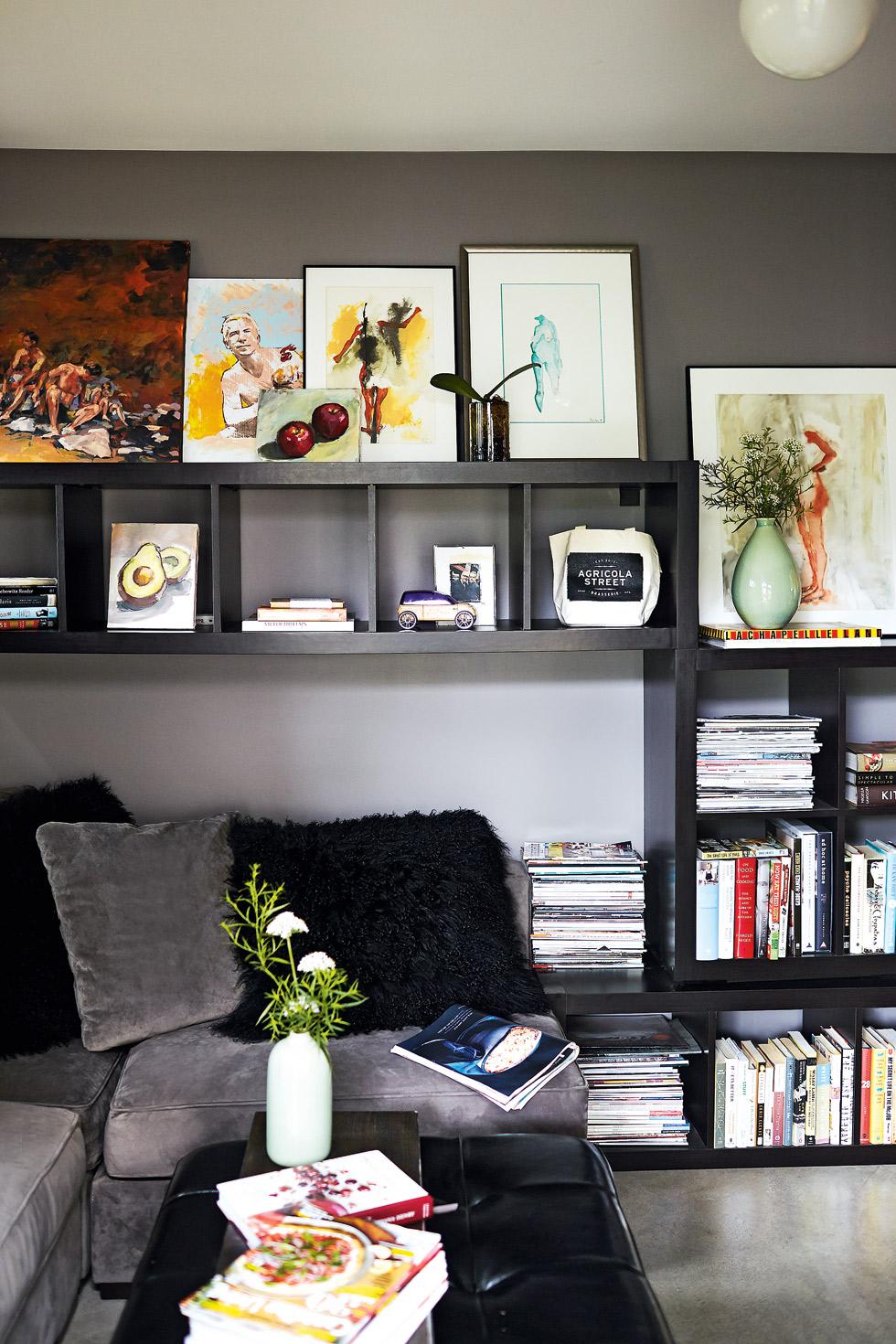 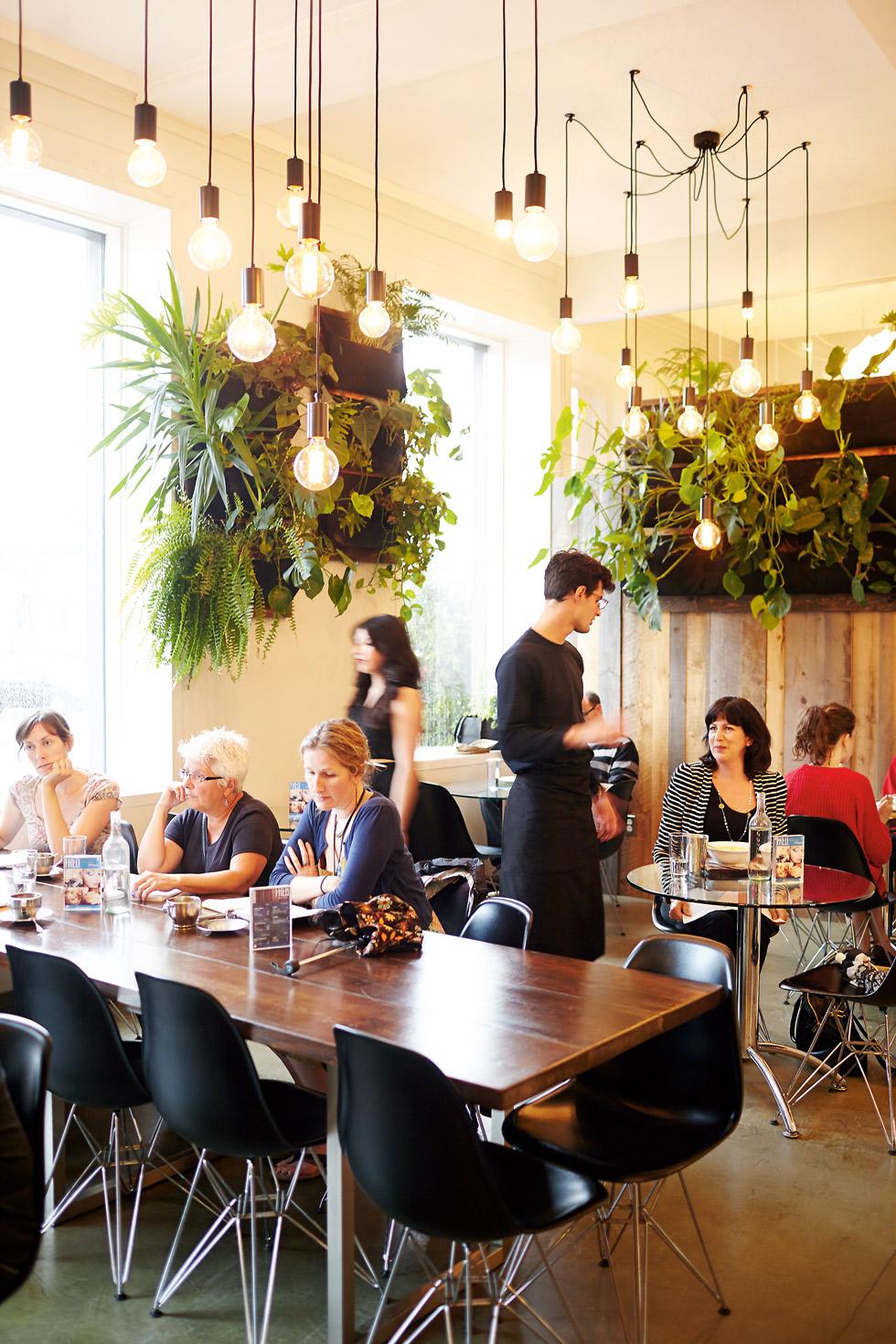 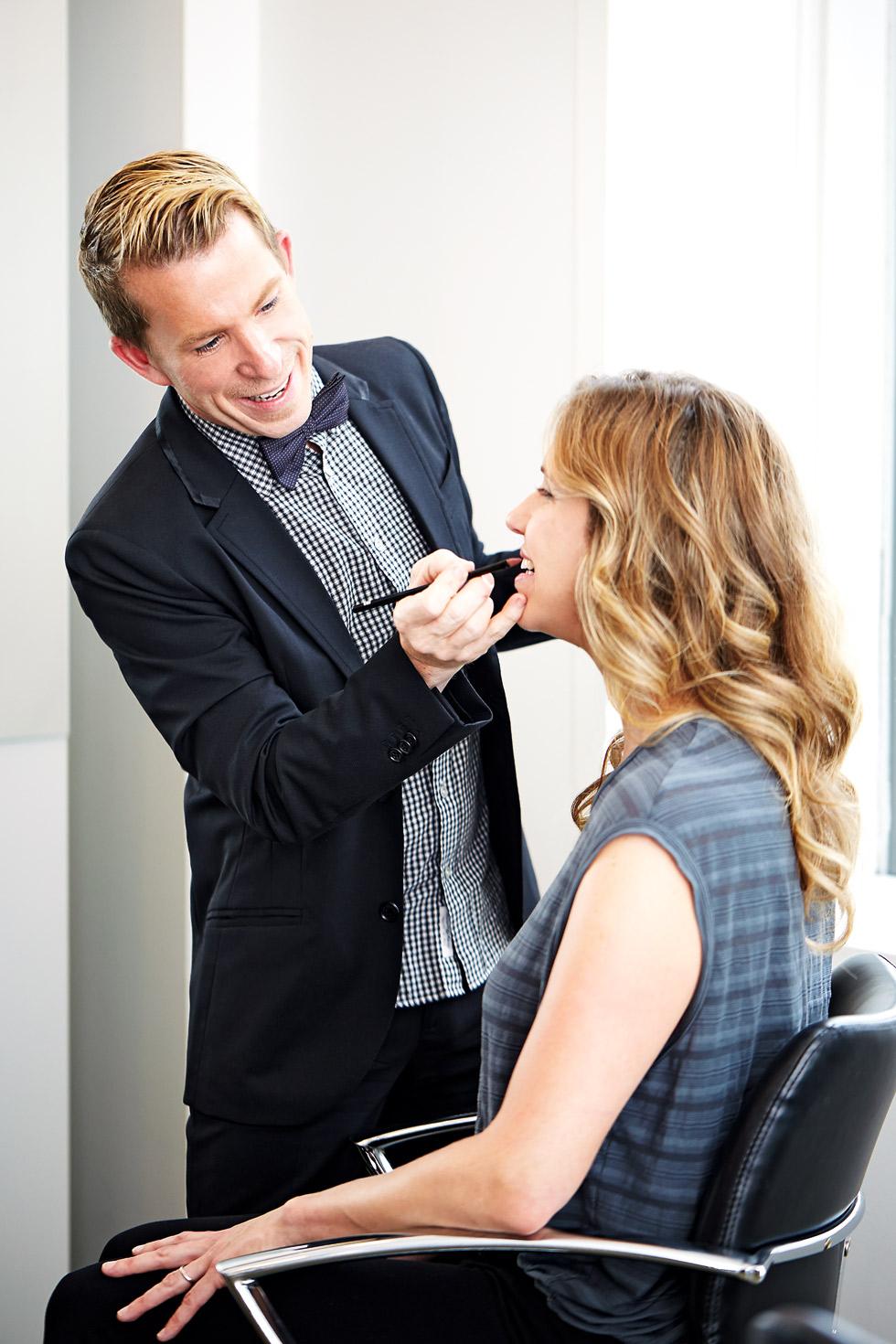 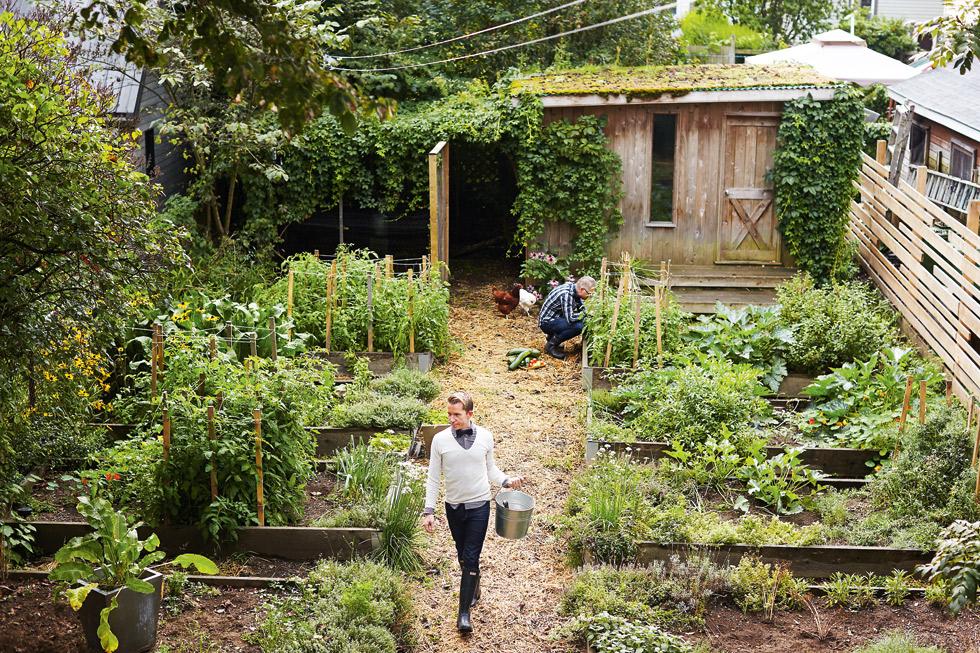 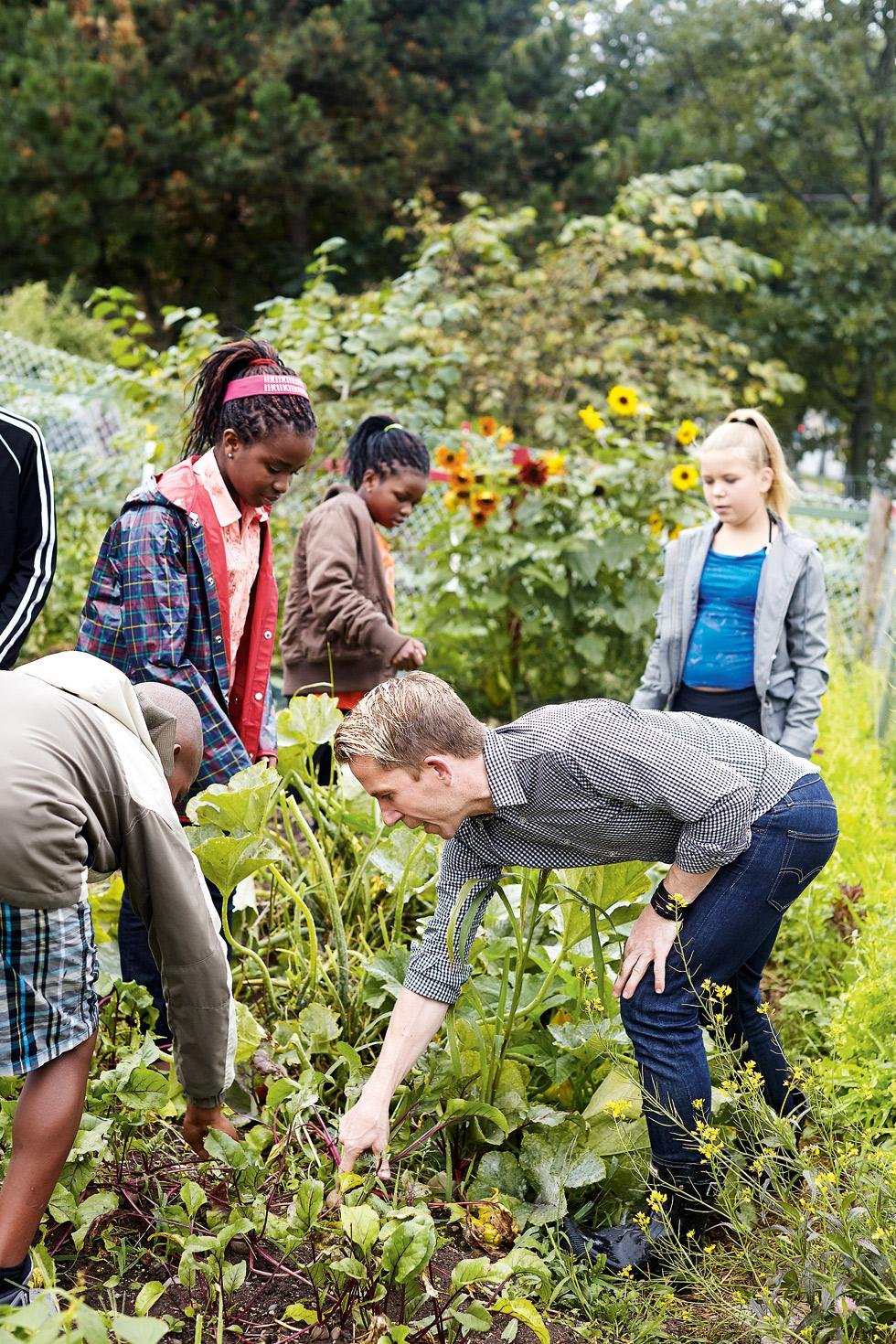 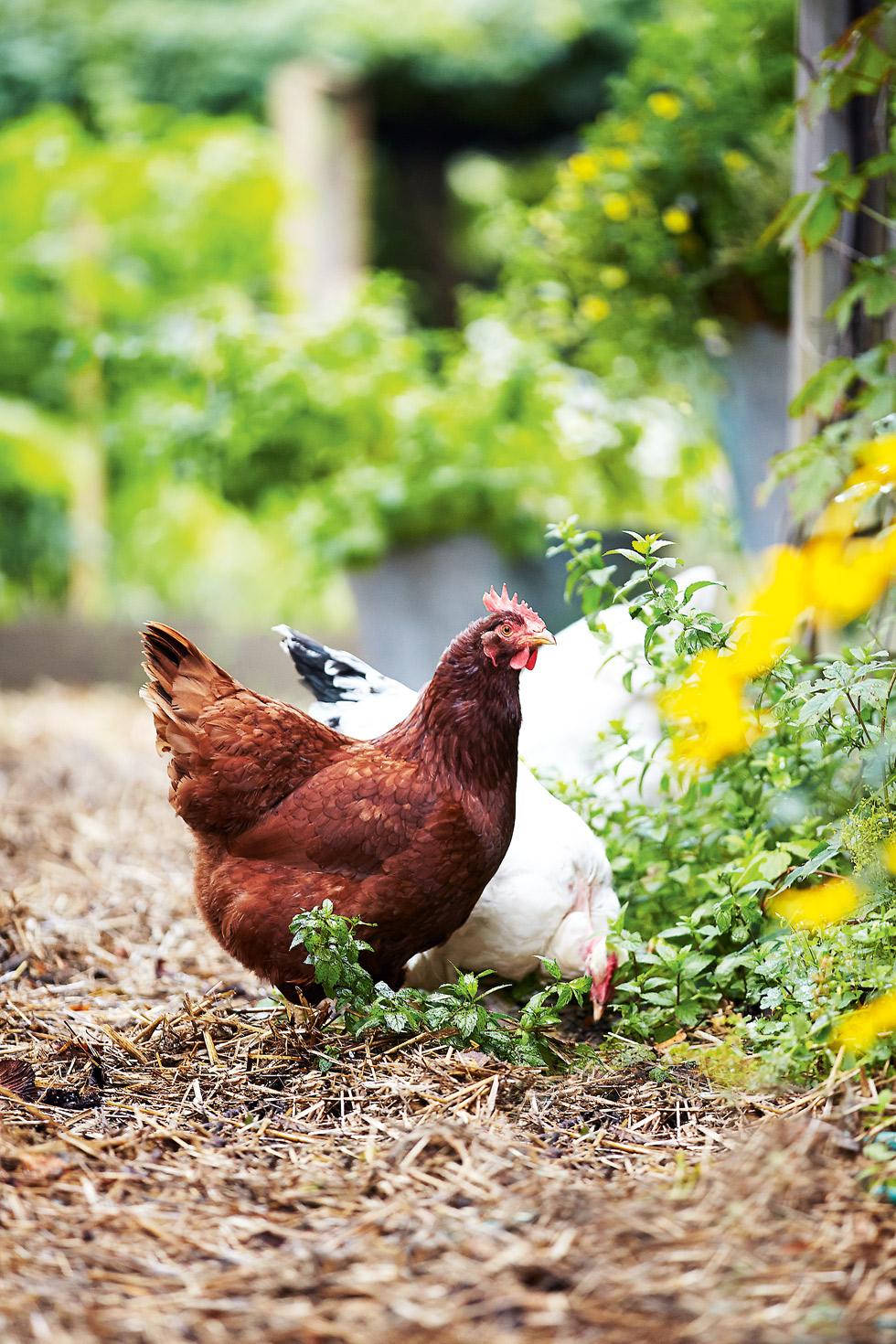 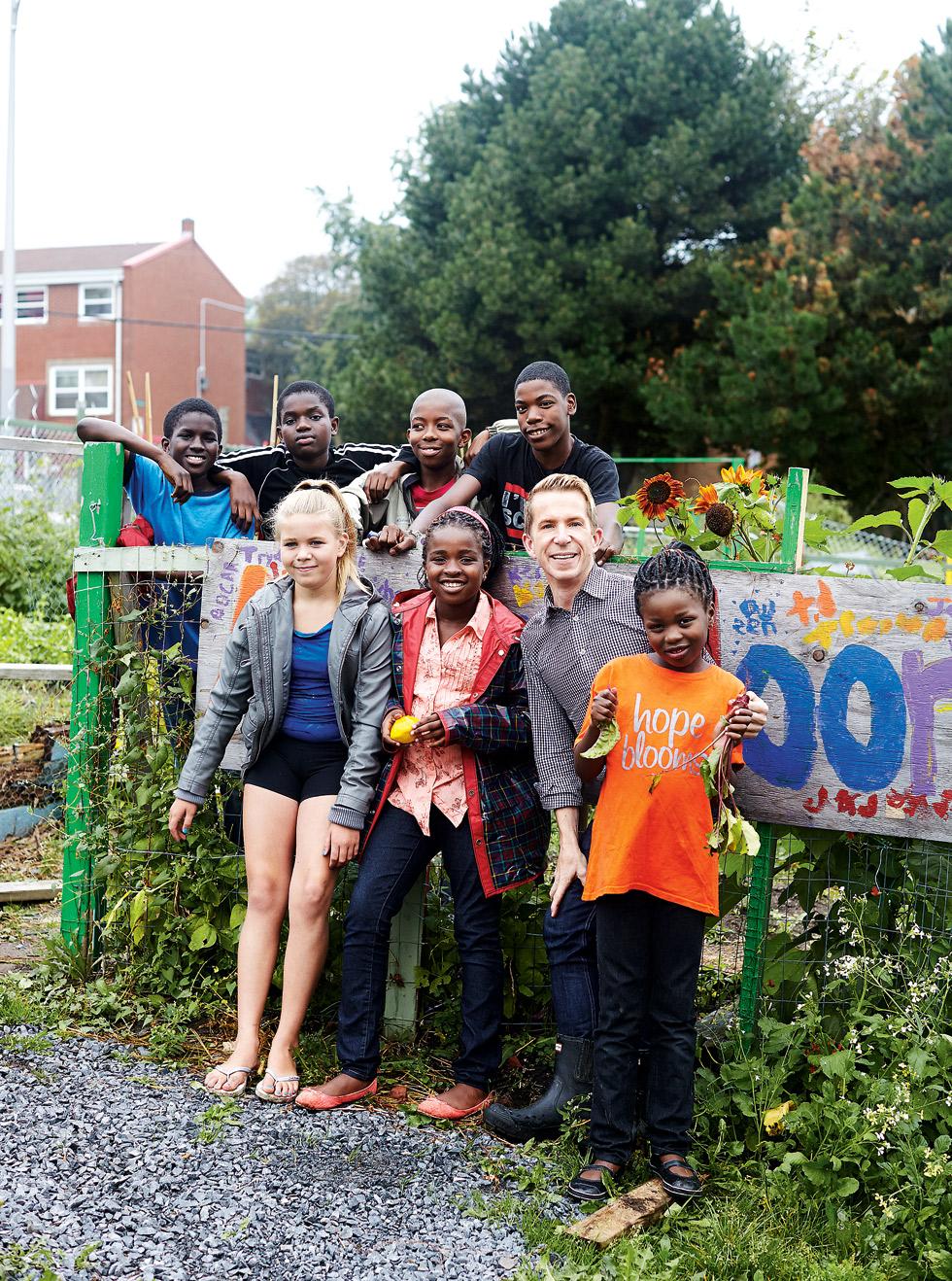 Everyone in Halifax knows Fred Connors. He’s a former mayoral candidate (who came in a close third). He is one of the most sought-after hairstylists and makeup artists in the city. He is a small-business owner, a media personality (who has appeared as a makeover and self-esteem expert on The Marilyn Denis Show as well as Slice network’s X-Weighted) and a strong supporter of various youth and LGBT charities. Oh, and he has also led a tireless fight for the right to own backyard chickens as pets

Fred's multidimensional life is no solo project. His life partner, Joel Flewelling, has been instrumental in every accomplishment. "For the 24 years we've been together, Joel has supported every single idea that I've had, even when he thought it was bad," says Fred. "I'm the driving force, but nothing would happen without Joel." Fred Connors (left) and partner, Joel Flewelling, walk their dog, Ollie.

When the couple bought their current home a few blocks from their restaurant, friends were concerned. "The house was abandoned and had been trashed, and had ‘murder' spray painted across the front," says Fred. One magnificent and eco-conscious makeover later, the geothermally heated house is spectacular throughout. The heart of the home is the huge eat-in kitchen, an ideal spot for socializing.

Fred describes his salon/spa/café/gallery as "an affordable luxury lifestyle destination for people, not just a hair salon." Run by Joel, the space is a friendly, much-loved community meeting place where you can grab a latte, enjoy delicious food (including some of the best cupcakes in Halifax) or hold a wedding, charity event or other social gathering. Having just secured space for a second salon, FRED. beauty, in Manhattan's Lower East Side, Fred will soon split his time between the two businesses.

“Life is complicated and looking good should not have to be,” says Fred of his cosmetics line. Fred’s second salon, FRED. beauty, opens in NYC this September.

“I have the green thumb,” says Fred. “Joel doesn’t like to get dirty.” Everything they harvest is used in the café’s menu.

“My advice is to eat and sleep well and have joy in your life,” says Fred.

Fred says the backyard was a junkyard when they moved in, but you'd never know it now. A large coop that houses chickens and ducks comprises much of the yard, while the rest is divided into raised beds of herbs, salad leaves and vegetables. Fred and Joel bring baskets of produce from their garden into work in the morning—so that side salad on your plate couldn't be any fresher. "The chickens are our pets who just happen to lay eggs and produce compost that goes back into our vegetable gardens. It's a very biodiverse system," says Fred.

Giving back to his Halifax community

Fred's desire to pioneer positive change is evident in the number of charities he lends his time and skills to. One of those is the Hope Blooms project, founded in 2008 by Jessie Jollymore, community dietitian at the North End Community Health Centre. She established a community garden for youth to grow herbs and vegetables, later made into salad dressings to be sold at the local farmers' market and the café. Juggling multiple responsiblities can be hectic. Here are 10 simple ways to get organized at work.