If there's a list of quintessential Canadians, Mike Myers must be near the top—especially with the release of his new book, a heartfelt but humorous take on what being Canadian means to him.

As an actor and a screenwriter, Mike Myers is famous for a lot of things, including his time with Saturday Night Live and his roles in Wayne's World, Austin Powers and Shrek. But perhaps nothing defines him more than being Canadian. So when Penguin Random House asked him to write about his birthplace for the sesquicentennial in 2017, he didn't think twice. "In my head, I've been writing a book about Canada for 53 years," he says, "and I didn't even know it."

Canada is a memoir of sorts, specifically exploring Myers' relationship with our country, from his childhood to the present. "It's not a definitive portrait of Canada; it's not a definitive history," he clarifies. Instead, the book focuses on the impact that Canadian culture—from CBC to the Toronto Maple Leafs to Expo 67—had on Myers' early life, and the ways it still influences him today. Add references to the all- Canadian traits of good manners, fairness, inclusivity, self-deprecation and mellowness, and you've got Myers' personal picture of Canada.

While the book is rooted in Myers' homegrown experiences, he also speaks to his hopes for the future—especially the future of Canadian government. He's particularly excited about the election of Prime Minister Justin Trudeau. "He has put such a fantastic face to the Canadian experience," says Myers. He likes that Trudeau is building on his father's legacy, notably, "the ideas that no man is an island, that we are our brother's keeper and that the strength of a democracy is not how well we agree but how well we disagree." In a sense, these simple ideas are our mission statement, says Myers, and it's an increasingly appealing one; in a world full of chaos, the Canadian ideals of peace, order and good government are suddenly "looking a lot sexier."

Though Myers lives in the U.S. with his wife and three kids (he's been there for 30 years), his house showcases his Canadian pride. "I have a Pierre Trudeau bust the second you walk into my house," he says. "I have a Canadian flag on my mantel. My brother Paul and I have tons of Mountie stuff. My kids have maps of the United States, where each state is a different colour and Canada is just this pink blob. I've tried, as best I can, to draw in the provinces. It's part of their heritage."

It's clear that, for Myers, where you live doesn't overshadow where you came from. Once a Canadian, always a Canadian. 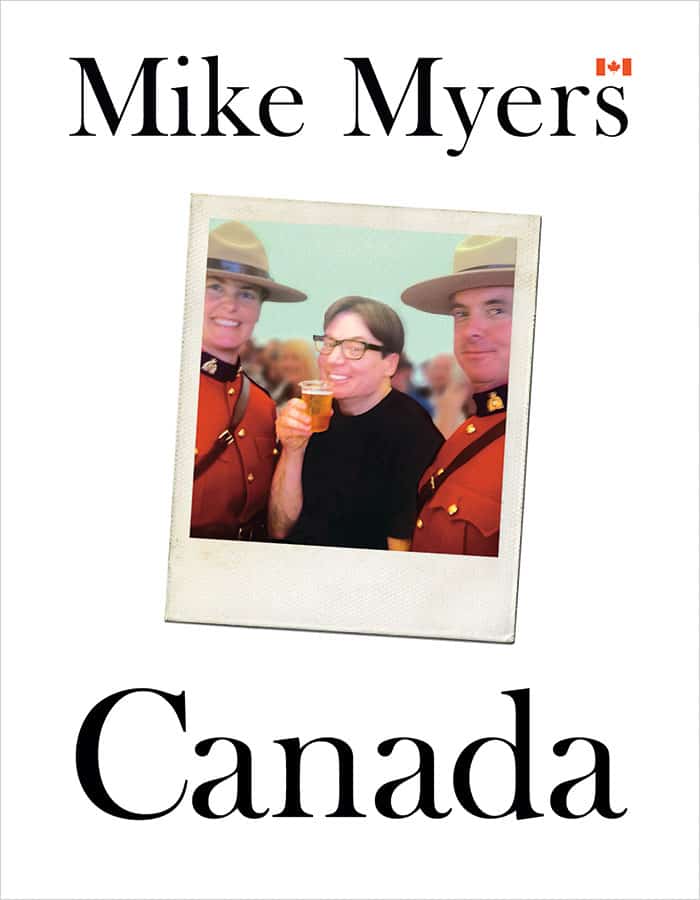 Victoria
Ride the ferry from the mainland and have high tea at the Fairmont Empress.

Banff, Alta.
Get an outdoor seat at the Fairmont Banff Springs and stare at the mountains.

Toronto
Hop onto the ferry to Centre Island and take a spin on the mini train at Centreville Theme Park.

Quebec City
Take in the architecture and enjoy a pea soup at Aux anciens Canadiens.

Halifax
Grab a bite to eat and "watch the parade that is Halifax. For such a small city, it has unbelievable nighttime energy."

Comedian Mike Myers on what being Canadian means to him