Share
Share
The world lost a powerhouse of inspiration today. Author, poet and all around classy lady Maya Angelou passed away at the age of 86. 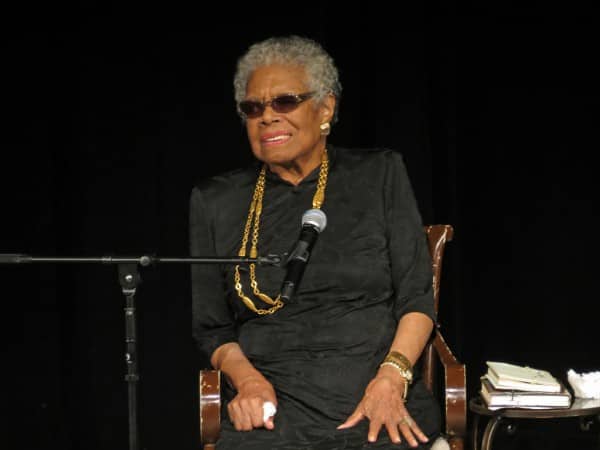 I'll never forget the first day I was introduced to the works of Maya Angelou. I was in my first year of high school. Impressionable, curious and confused, I was in a phase where I wasn't sure which direction my life was headed in. My hobbies at that time included reading, sleeping and watching romantic comedies on TV. (You can laugh!) I always had a flair for writing -- partly because of my overactive imagination, but mostly because I never opened up to people the way I did in my journals. I documented the events of my short life (at that time) in pages and pages of diaries purchased at the Dollar Store. And I still have them. I Know Why The Caged Bird Sings was assigned to me in an English class for a book report. I remember having a tough time getting through the first few pages, but as the chapters flew by, I became absorbed and captured by the story, by the characters, but mostly by the way Angelou wove her words together to create these beautiful vignettes in my mind. Her words spoke to me in a way nothing else had before. I quickly started doing more research into Angelou's work, and, obviously, fell in love with her poetry. In fact, I have a book at home with quotes that I hand wrote, pulled out from library books I'd borrow for weeks at a time. Angelou's words and wisdom anchored me during difficult teenage years. They acted as my rainbow in stormy weather and they comforted me when I felt alone. In her own way, she provided a bit of a guidebook for my life, letting me know that I didn't need to be a victim of circumstance or things I had no control over. More than anything, however, Maya Angelou deeply impacted who I would become as a writer; or rather, who I am as a writer. And as a woman. I can honestly say my love affair with words began with Maya Angelou's works. She taught me to be fearless, raw and open with my words. She taught me that words are powerful and that just the right ones, spoken or written at the right time, can have a more meaningful impact than hundreds of insignificant ones repeated over and over.

Her words speak of truths, experiences and wisdom that can only be gained from a life not always spent at the top. She has influenced key people in past and current culture, like Oprah Winfrey and Hillary Clinton -- both powerful women who have gone on to be positive influences to more women, both young and older. It's really a beautiful cycle, when you think about it.

I was heartbroken to hear the news of her passing today, but I know she has left this world brighter because of her words, her influence and her hopeful, unending optimism. We should all be more hopefully optimistic, don't you think? 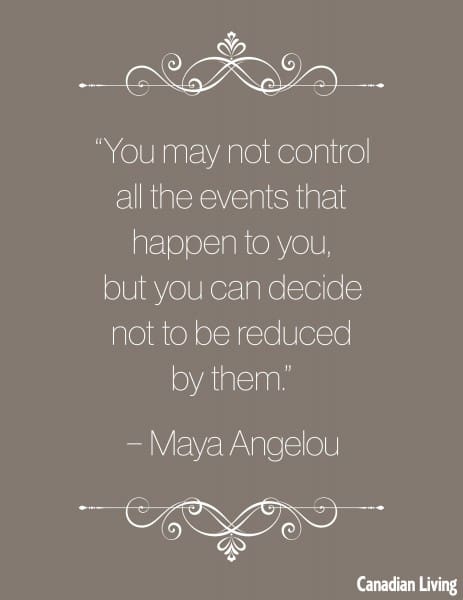 Get inspired with our collection of 10 best quotes and poems from Maya Angelou, featuring everything from Phenomenal Woman to her thoughts on her own mortality. 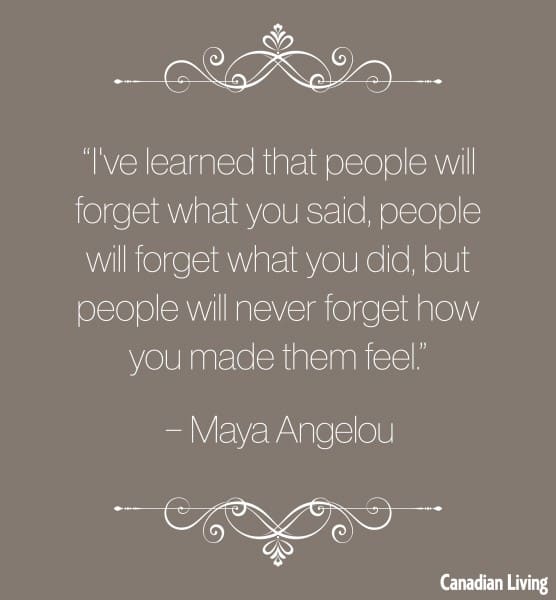