This article is featured on:

Guest blogger Dalal Al-Waheidi shares the countless lessons she's learned from mothers all around the world, and how in spite of the experience of becoming a mother is different for all, mothers are all united.

Stories of childbirth are the very stuff of life. They're messy and sweaty and gooey—and glorious. Too often, though, they are sanitized or ignored. Details are glossed over, unflattering aspects left out. What we're left with is a sterile focus on the little bundle of blessings at the end of the long journey, as opposed to an appreciation of the magic and power of the woman who created life. We also need to acknowledge the extremes: the joy and the anxiety that comes with raising a human being.

On April 2, just after 9 am, with my husband by my side, I welcomed my second daughter into our family. Her name is Leila. As soon as the doctors handed her to us, we showered her with kisses and whispered blessings in her ear.

As a mother, you share your body with your baby for nine months, feeling their every movement. And then, one day, they're in your arms, staring up at you. I was filled with such happiness and gratitude, such simple joy at the weight of her in my arms, the feeling of her skin on mine. 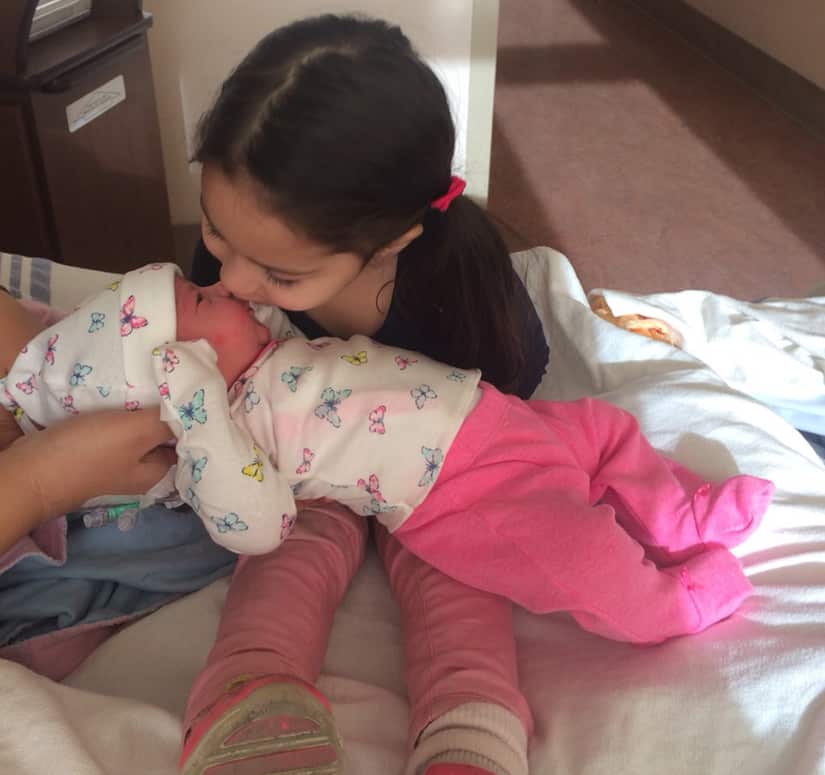 My mother, sister and brother live in Gaza, and my youngest sister in Egypt. My mother and sisters didn't meet my first daughter, Zeina, until she was 10 months old and it will likely be many long months before they meet Leila. But in the days since Leila entered the world, my mind has returned to my family, and the women and mothers I've had the privilege of meeting around the world.

Ask any anthropologist—or anyone who's travelled outside of their country and their comfort zone—and they'll tell you the experience of motherhood is tied to time and place and people. Conception and pregnancy, labour, birth and the journey of raising healthy and happy children differ from country to country based on access to doctors, midwives, hospitals and the constellation of support services.

That's what an anthropologist will say. But what about a mother?

I've worked alongside mothers in Latin America, the Middle East, East Africa and in cities and towns across Canada. Long before I gave birth to my first daughter, I learned a lesson from these powerful women: motherhood is universal.

What I mean is that while individual experiences may vary—we speak different languages and live in different countries with varying traditions— we all battle anxieties and are united by our dreams for our children. Childbirth—no matter where it's done—is one of the biggest, most profound, enlivening and possibly most traumatic experiences possible. Dalal with her two daughters

In the days and weeks since I met Leila, I've oscillated between pure joy and unadulterated worry. Joy at the eyes that hold my gaze and the little fingers that explore and probe the world around her; worry about the state of that world, about the hurdles that wait for her, about her future.

In both my joy and my worry, I think of the lessons from the mothers I've worked with.

Tenacity from Thalia Mendoza. In her small coastal community in Ecuador, Thalia has worked countless jobs—cooking, cleaning, building homes, harvesting palm and most recently producing cacao for ME to WE Chocolate—to support her son Ariel's boundless future.

Commitment to education from Mary Koech. The first woman in her family to graduate high school, Mary learned to cherish education from her mother in her small village in Kenya's western highlands. Now a mother herself with two daughters, she's keeping her mother's legacy alive, working with WE for economic independence while sending her daughters to school.

And I've learned intention from countless mothers (and fathers) across Canada who find time to instill compassion and care into their busy lives and families, given back and making a better world how ever they can.

Mothers are the original superheroes. The mothers I've worked with have shown me what an inspiring and unstoppable force we all can be.

Sara Lanthier was 38 and single. But skipping love and marriage didn't mean forgoing the baby carriage, too.

The experience of motherhood differs—but motherhood itself is universal