This article is featured on:

The server set down the dishes in front of each of us, the lucky 12 souls who managed to get a seat at the chef’s table at Bangkok’s illustrious Gaggan. The dish was number 17 of the tasting menu’s ambitious 25, and it looked like a miniature grilled sandwich. Which is what it was, but at the same time, wasn’t.

Nothing is quite as it seems when you are dining at Gaggan, named the best restaurant in Asia for the fourth time in 2018 and recently awarded two Michelin stars. Dinner here is a parade of jewel-like dishes, assembled before your eyes in the open kitchen, some placed right in your hands, others accompanied by fragrance sprayed onto your hands, still another set on fire by chef Gaggan Anand himself. The iconoclastic presentation mirrors the absolute refusal of Anand to be predictable. His goal is to surprise and delight, and at this he definitely succeeds.

Image Courtesy of the Tourism Authority of Thailand

Anand loves this kind of thing: fooling around with peoples’ palates, daring diners to guess ingredients, getting diners to literally lick their plates (which have been artfully schmeared with colourful pastes), and eschewing cutlery in all but two courses, since, as Anand explains, cutlery is a cultural crime imposed on Asians by Westerners.

And then there’s the menu. No words or descriptions, just an elegant piece of vellum on which 25 brightly coloured emojis have been printed in one vertical line. There’s a single emoji for each course—a visual clue to help diners decode the dish—and another menu revealing the dishes beside the emoji they match that diners receive at the end of the night. This big reveal prompts more than a few “ahas” as diners realize just what it was that they had eaten. “Oh god, that was goat brain curry that we licked off our plates,” said one diner, gobsmacked and a bit elated to learn exactly what she had just enjoyed.

The courses continue through the night: an elaborate eggplant cookie leading to a chili bonbon, then a mashup of Japanese, Thai, Portuguese, and Cantonese flavours in one dish. Every dish has a story with often hilarious associations, courtesy of Anand himself. He is in his element, talking his way through each course, often digressing into stories about his youth in India. We get a glimpse of a longhaired Anand as a rock and roll drummer back in 1990s Kolkata as his favourite headbanger rock and roll pounds in the background. Tracks by AD/DC, KISS, and Michael Jackson follow.

It’s all good, it’s Anand playing around. But the technique is no tomfoolery. Take the eggplant cookie. According to Anand, the eggplant that begat the cookie has been through a lot: “First we char it in a tandoor, then it goes into a blast freezer to -55 degrees, then into a freeze dryer where it loses 95 per cent of its mass and moisture until it is a powder, ready to be made into the cookie you see in front of you.”

Schooled at Ferran Adria’s fabled restaurant El Bulli, Anand has acquired all the skills and equipment necessary to foam, sous vide, and otherwise render food into powders and pastes. But his prodigious technique aside, what drives him is the sheer variety of ingredients and influences he has found all over Asia.

“When two cultures meet, as in Goa or Macao, the best thing happens. That is why Asia is such a wonderful place. You travel just 50 kilometres, and the cuisine has changed utterly.” 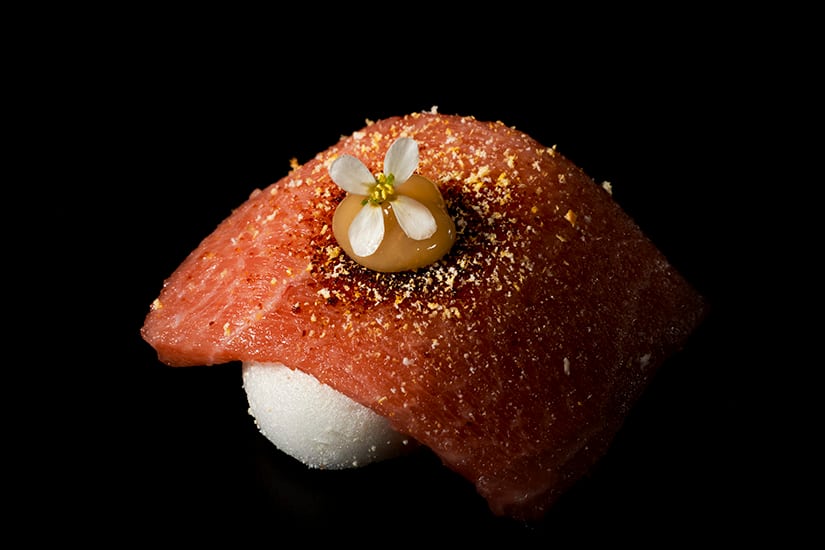 Back to that tiny sandwich. It is Anand’s homage to that British culinary gift to the world known as Chicken Tikka Masala, cheekily abbreviated to CTM. According to legend, this faux-Indian dish was invented not on the subcontinent but somewhere in the U.K. – Glasgow, or London, or Birmingham, depending on who you believe.

According to Aanad, this chef, apocryphal or not, found himself with a lack of ingredients and an urgent need to create a dish. So, he pulled down a tin of tomato soup from the shelf, added it to the usual curry spices, and voila. As Anand regaled diners with the story, his point was being made to all. That Asian food is a marvelous mélange of traditional, colonial, and frankly serendipitous ingredients and flavours all fused into the dishes we see today, CTM a case in point. 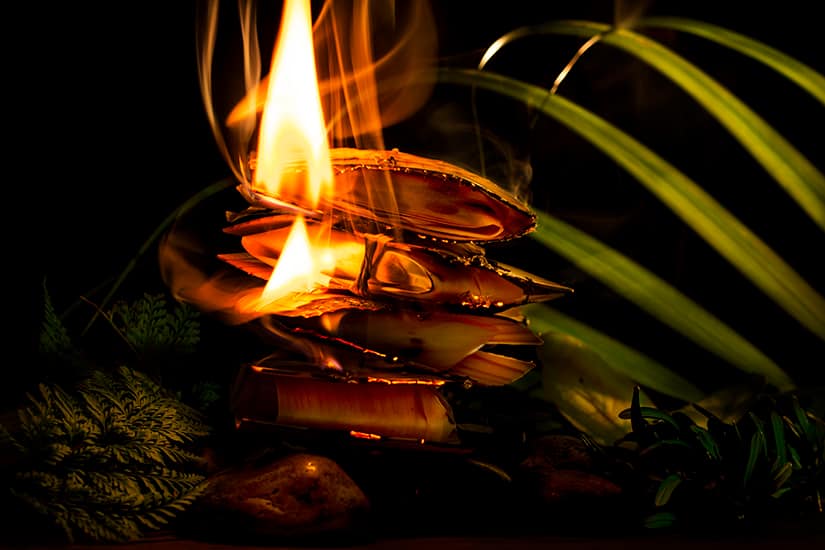 Finally, after the flames have been extinguished, (yes, that happened), and the raucous music turned down, the last four courses of desserts are set out one by one. As his able sous-chef takes over, Anand silently exits to make the rounds of other tables in the restaurant. Every diner gets the same menu, but only those seated in The Lab get in on the main act, the full meal deal, as Anand would say. Foodies gasped when Anand announced he would be closing Gaggan in 2020. But there are more adventures planned, this time in Japan. Wherever it happens, it will be a trip. 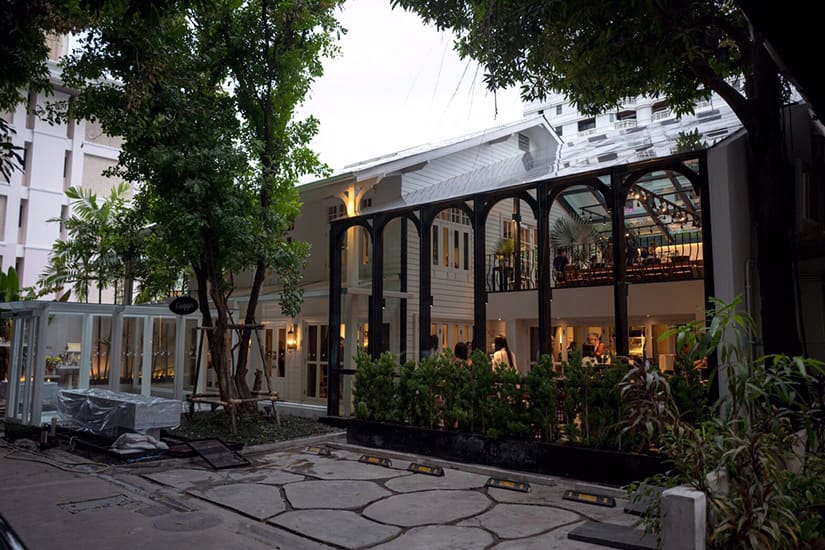 My Dinner with Gaggan