Just days after presenting at the Oscars, while onstage at the Women of Worth event on International Women’s Day, Helen Mirren exclaimed that being at a ceremony that celebrates women who help their communities was better than attending the Academy Awards. It was only natural to feel a swell of girl-power emotion upon meeting Mirren, hours before the esteemed actor hosted the Toronto event honouring Canadian female humanitarians (where our own editorial director, Erin McLaughlin, also presented an award). Mirren has conquered the stage, TV and Hollywood, with numerous awards and accolades—including Dame Commander of the Order of the British Empire—yet still speaks frankly and appears relatable. In 2015, at the age of 69, Mirren became the face of L’Oréal Paris and insisted that her wrinkles were not to be retouched. Now, at 73, Mirren has six films on the docket for 2018 and shows no sign of slowing down. 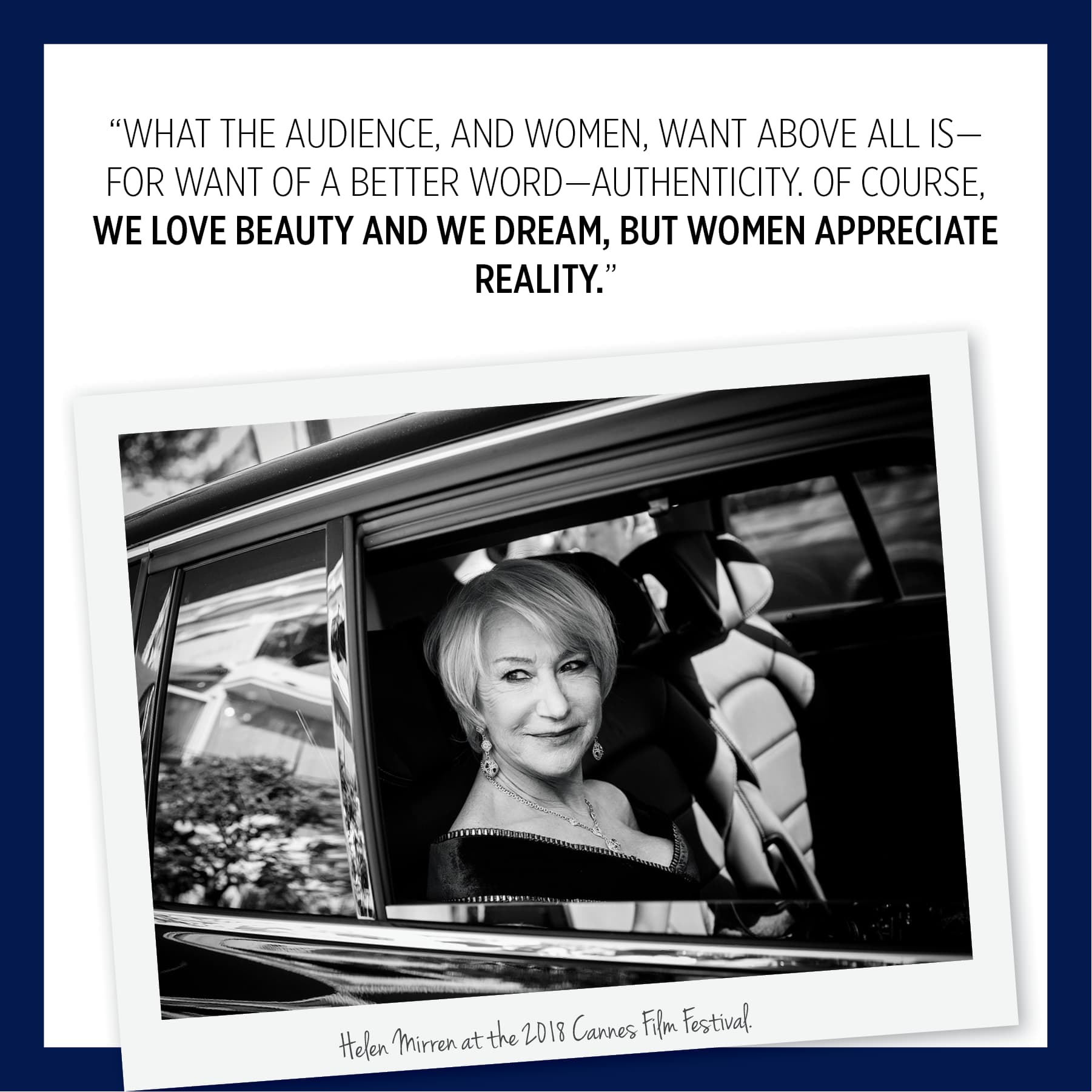 How has your relationship to beauty changed as you've aged?

When you’re young, you want to try the latest mascara and to look cool. But in a weird way, that pressure drops as you get older. You get more knowledgeable about makeup; you know what works for you and what doesn’t. It’s extraordinary the incredible availability of product nowadays. I’m a kid in a candy store when I enter a drugstore. I’m, like, “Oh, this is so exciting! There is so much!” When I was in my 20s, there wasn’t that incredible variety. What 20 years ago would have cost you an absolute arm and a leg is now so much more accessible. 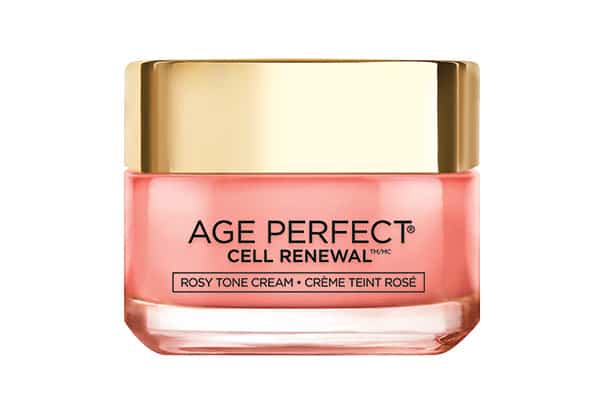 “The science of beauty is astounding. Twenty years ago, what would have cost an arm and a leg is now so much more accessible.”

Women over 40 are recognized more in the media now. What's your take on that?

Women who are now in their 50s or 60s have been professional women since they were 20. They’ve worked, they’re successful, they’ve got opinions and they weren’t seeing themselves reflected in the world of advertising. I was very much a part of the pissed-off generation, looking at photos of 15-year-old girls and being told that was how I was supposed to look.

Why do you think it's happening now?

I’ve seen an increase in the economic power of women and in their visibility. These big cultural shifts—and obviously we’re going through one right now—have a lot of foundation to them. They don’t happen surprisingly and overnight; there’s an enormous amount of building blocks that lead to those moments.

Why do you think events like Women of Worth are so important?

I really admire L’Oréal for what it’s doing. That’s one of the reasons I wanted to be an ambassador. I love that a big company is stepping up to do more than just sell stuff—it’s about time. 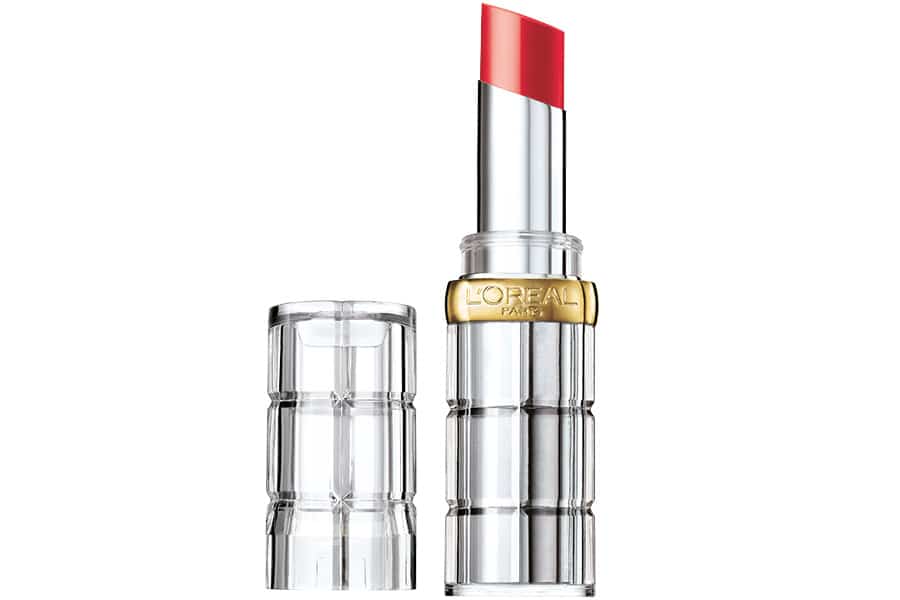 Why do you love makeup?

We know we don’t wear it for men—well, maybe when we’re younger, but in general, we don’t wear it for so-called sexual attraction. We wear it because, as one of the makeup girls said, “It gives us swagger.” I love that word, swagger. It’s just what you feel inside, isn’t it?

We asked and you answered

When we inquired on Facebook, you let us know which Helen Mirren roles were your favourites.

1991–2006: Mirren plays Jane Tennison, a detective in a male-dominated workplace, in the British series Prime Suspect. 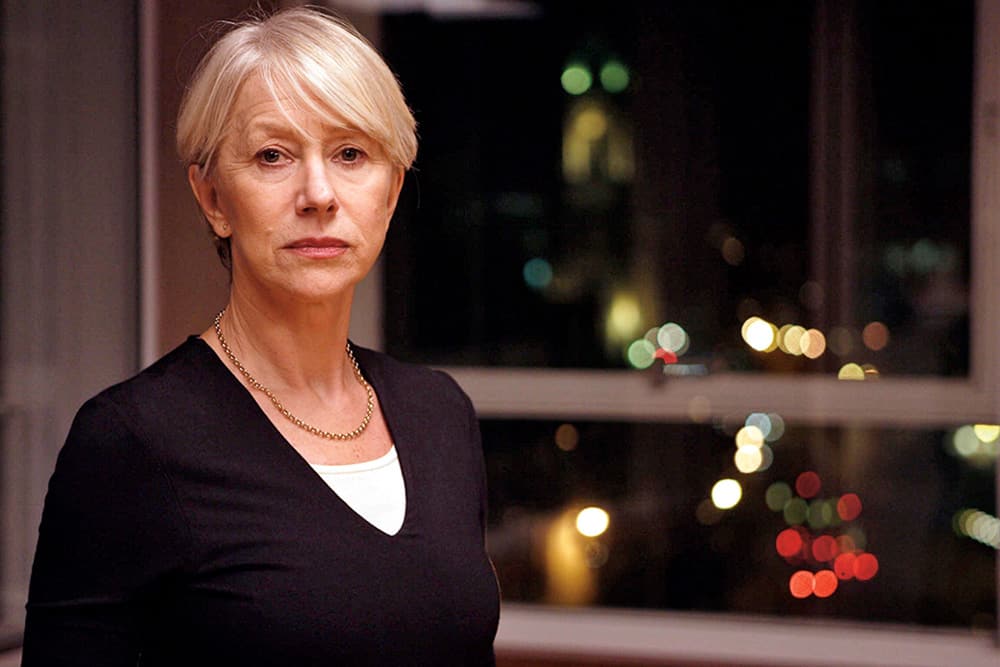 2006: The Academy of Motion Picture Arts and Sciences awarded Mirren a Best Actress Oscar for her portrayal of the titular role in The Queen. 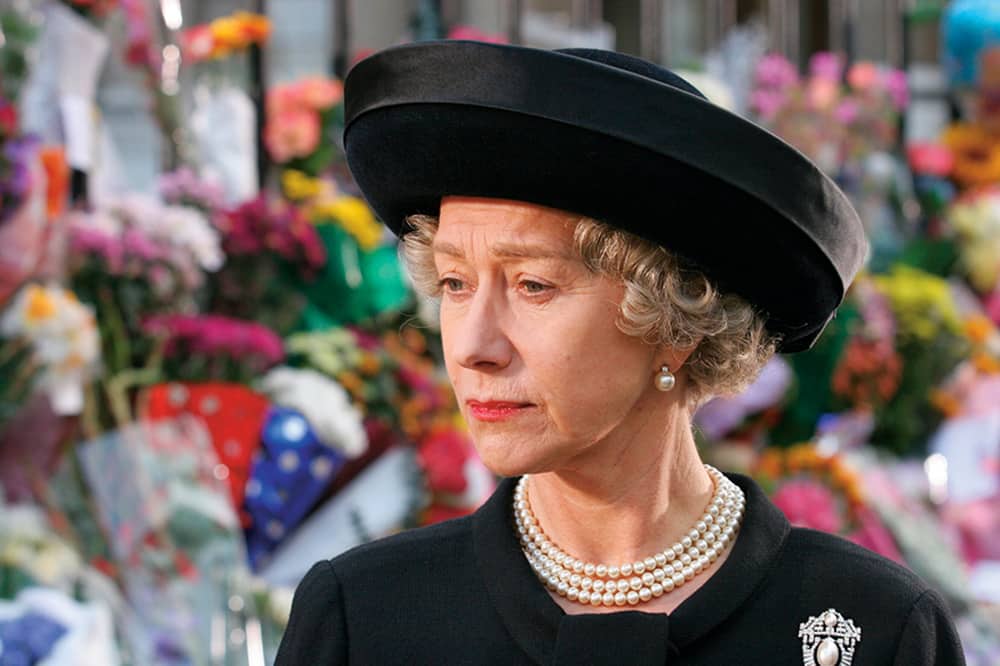 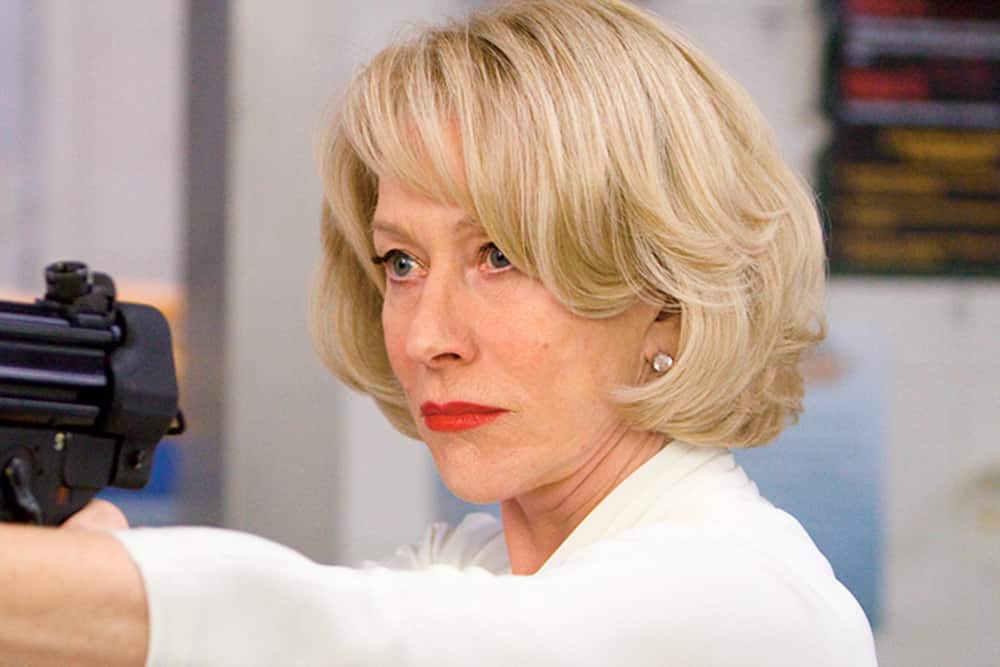