Foraging is a something that many know about, but few know how to do it. Chef Michael Hunter shares his best tips on foraging and how to get started.


It seems fitting with a name like Michael Hunter that this Toronto-based chef grew up on a horse farm in Caledon. His passion for foraging was ignited after a chef he was working with came in with a handful of morels he found one day. "It's just kind of like a food treasure hunt. Once you get hooked, it's kind of like an obsession, " says Hunter.

Hunter, who has worked in kitchens since the age of 13, is currently chef and co-owner of the Toronto-based Antler Kitchen & Bar, which opened in Oct 2015. Hunter describes his cuisine as Canadian with a focus on wild food. "We aim to define Canadian cuisine, so we want to use regional ingredients and embrace Ontario as much as possible", he says.  Wild game cannot be sold in Ontario restaurants, so Hunter points out that the offerings at Antler are all sourced from farms. To intrigue restaurant goers, who he believes are more adventurous than ever, Antler's inventive menu includes deer rack served on top of a stew made of the neck meat, rabbit pappardelle and eclectic snack items like Jamaican venison patties, wild boar gyoza and duck heart yakitori.

When he's not at the restaurant, you'll find this avid forager and hunter "playing in the woods" in Caledon, making maple syrup, hunting and foraging for morel mushrooms (his personal favourite), wild leeks and fiddleheads, as well as experimenting with new ingredients, like squirrel.

What's next for Hunter? He's heading off to a hunting camp deep in the Mississippi wilderness and he'll be headlining What's Cooking Bracebridge by embarking on a foraging hike and expedition and preparing a special dinner hosted by Matt Basile of Fidel Gastro's. It's clear that this hunter likes to be in his element.

4 things to consider before you start foraging:

1) Know what you're looking for
Always consult a reputable guide such as the Audubon Society's guide to mushrooms and plants. Stay away from any mushrooms or plants that have deadly poisonous look-a-likes.

2) Start small
Forage only things that can easily be identified – and that do not have poisonous look-a-likes - like fiddleheads and mint.

3) Think about ethical foraging
Some plants don't grow back the following year if you harvest the entire batch. Avoid over-harvesting by reading about the plants that you're foraging.

4) Be respectful
No one wants to come across strangers harvesting on their property without permission, so always ask before start to forage. 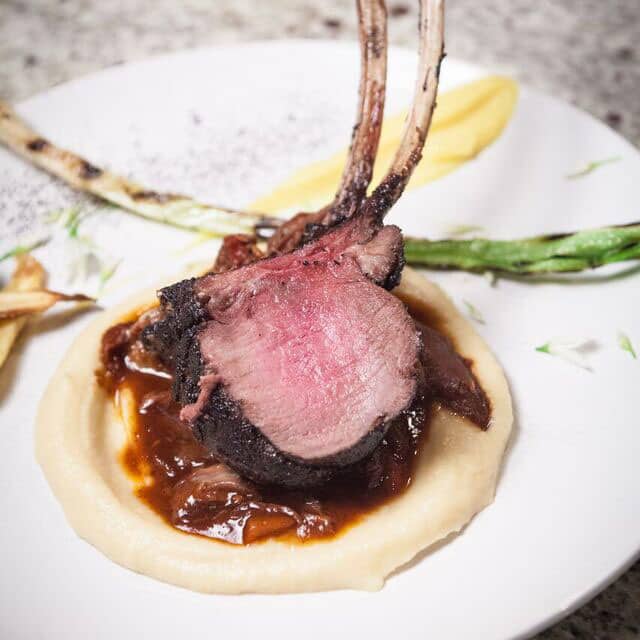 4 things every new forager should know