Share
Jamie Oliver opened his first Canadian restaurant, Jamie's Italian, last month. We were lucky enough to taste some of the dishes featured on the menu. From perfectly cooked homemade pasta (made on-site!) to crisp pizzas, flavourful antipasti and some of the best tiramisus around (made with orange and Kahlua), the restaurant truly lives up to the hype. We caught up with Charlie Barr, the International Operations Chef for Jamie's restaurants around the world, to talk about what it's like working for the acclaimed celebrity chef and to get the behind-the-scenes scoop on this latest restaurant. 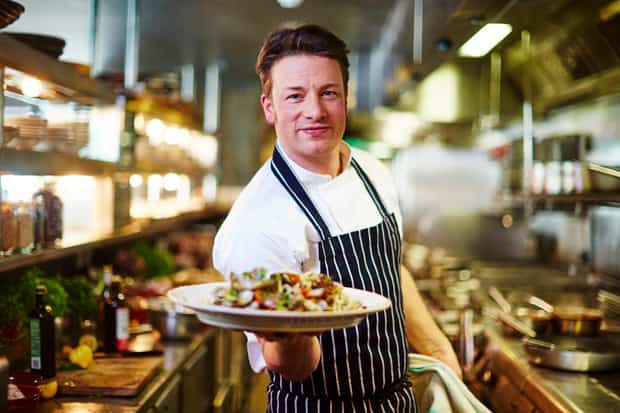 Canadian Living: How did you first meet Jamie Oliver? How long have you been a part of his team?
Charlie Barr: I first met Jamie at the Good Food Show in Birmingham, England (my hometown). He was promoting his first cookery book, The Naked Chef, in which he stole my sandwich and said it was banging! It wasn't until much later that I started working for Jamie (three years ago to be precise). He asked me to come on board to help him open a load of amazing Jamie's Italian restaurants around the world. Naturally, I said I would have to think about it, and two minutes later, I said yes!

CL: How did you get started in the food industry?
CB: I started my career as a waitress in a local bar. One day, the chef asked me if I would like to help out in the kitchen. It was love at first sight. I took myself to college, during which I won a few gold medals in cookery competitions. My first job was as a commis chef at Rick Stein’s fish restaurant in Cornwall. From there, I did some work at a few Michelin-starred restaurants, worked at the Dorchester and did five years at a famous gastropub group in England where I had the privilege of winning an Acorn Award (it’s like an Oscar for chefs in the UK).

CL: Can you give us a little glimpse into what it's like behind the scenes in the kitchens at Jamie's restaurants?
CB: Like a Ferrari: Fast, furious and full of passion.

CL:  I love that the Jamie's Italian international team travels to all of its new restaurants to train staff. Can you tell us a little more about that process? I imagine that it's a big factor in making the restaurants successful.
CB: Learning, or continuing to learn, is so integral to the business. We only fly out to a restaurant after the team has already flown to the UK to train with us. The hard thing about opening a Jamie’s Italian in Canada is that Jamie's been on the air for so long that people have a pretty distinct idea of what it's supposed to be and what it's supposed to taste like. We came here to make sure that happens.

CL:  What are Jamie and Gennaro (Jamie Oliver's charamatic Italian mentor) like when they visit the kitchens at Jamie's Italian?
CB: Incredible. Their main purpose is always the team. They have the ability to inspire in seconds and it is an absolute wonder to watch and be involved in. I’m very lucky. 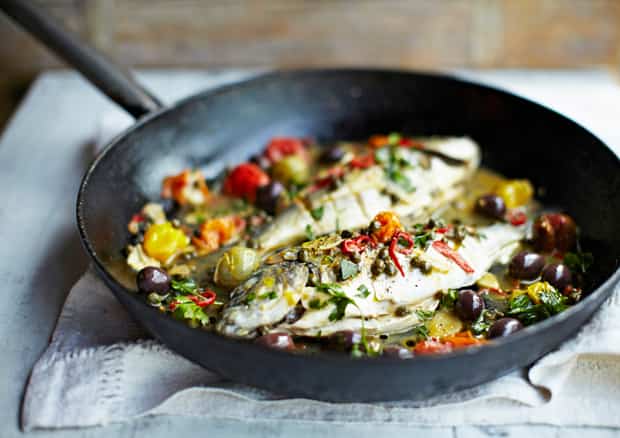 CL: You shared that one of your favourite dishes on the menu is the Acqua Pazza. Why is this your favourite and what's the story behind it?
CB: This dish encompasses all that is Jamie’s Italian with no compromise to quality. It’s fresh ingredients surrounded with passion and love and above all, a good story! Fisherman on day boats would go out to sea to catch fish, whilst out on the open sea, the fishermen would get peckish. They would cook the freshly caught fish –usually sea bream– in a pan with chili, garlic, capers, Gaeta olives, cherry tomatoes, parsley, a good old slug of white wine and fresh sea water! When the sea water hit the pan it would go crazy and bubble away, hence the name Acqua Pazza–crazy water!

CL: Pizza isn't a staple on all of the menus at Jamie's Italian. Why was it important to have it featured in Toronto?
CB: Menus around the world vary, the same way that diners around the world vary. There's a reason we don't go into other countries on our own, we work with our partners to figure out what the people want, and the people want pizza. 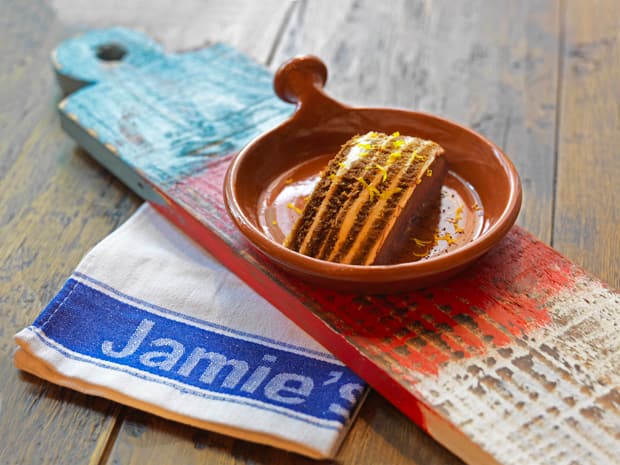 CL: Let's talk desserts! I loved the orange and Kahlua tiramisu—can you describe how the tiramisu, which is Gennaro's recipe, is made?
CB: It's really simple: Sponge cake, soaked in espresso and Kahlua, with layers of local mascarpone blended with fresh orange juice and zest in between. We finish it pretty classically, with a little cocoa powder and fresh orange zest to bring it together.

CL: One of the distinguishing factors of Jamie's Italian is the substantial kids' menu. Can you tell us about the process of creating the menu and what was important to the team when putting it together?
CB: Here's the things with kids' menus: I find the people who create kids' menus don't really think about kids; they think about the bottom line. Now, we're a business, sure, but we're a Jamie Oliver business, and we went about this with kids in mind. We want the menu and experience to be fun and colourful, and the food to be genuinely nourishing. The reality is, you don't really get both without taking a hit on cost, but we like to think we've made both happen.

CL:  I love that some of the dishes are served on wooden boards. Can you give us the backstory on who created them for the restaurant?
CB: Mike the Woodsman, last name withheld, I suppose. He lives in the woods, and makes all of our boards. We go through planks like it's no one’s business.

CL: What’s your best tip for choosing extra-virgin olive oil?
CB: Taste it. Sounds silly, but people don't tend to taste their olive oil before they use it. Not all oils are the same. Warm up the bottle in your palms and sip it like you would wine.

Behind the scenes at Jamie Oliver's Canadian restaurant