Share
It was dubbed “ the new kale” in 2015 and quickly became one of the trendiest vegetables on restaurant menus across North America—but it looks like cauliflower’s time in the spotlight might be coming to an end.

With prices topping out at $8 per head or more in Canadian stores, consumers and chefs are quickly dropping the cruciferous vegetable from their grocery lists and menus, looking to more affordable options, such as squash and root vegetables.

As The Canadian Press reports, Toronto’s Fat Pasha restaurant removed its beloved whole roasted cauliflower head from the menu in December 2015 due to the price increase.

"As much as people love [the dish], if we're losing money on it or we're charging too much, no one's going to feel good about it," chef Kevin Gilmour told The Canadian Press.

The dish was originally priced at $18 but would have been nearly $40 if they’d kept it on the menu. Gilmour says he’s replaced it with local acorn squash, which is more consistent in pricing.

Vancouver’s Nuba restaurants have decided to keep cauliflower on the menu, for now, but founder Victor Bouzide has had to raise the prices on his famous Najib’s Special by about a dollar.

"We can't give it away," he told The Canadian Press of his reason for raising the price of the crispy cauliflower dish.

He notes that the restaurant is now paying more than twice what it used to for a case of cauliflower. Nuba needs 100 cases per week, at a price of $60 each now, to keep up with customer demand. A case of 12 usually costs around $22, workers at the Ontario Food Terminal told the Toronto Star.

It’s normal for cauliflower to be a tad more expensive in the winter months in Canada. Since our growing season for cauliflower is over in November, we import it from our neighbours to the south—mainly California—during the off-season, which causes the price to creep up.

But this year, the lingering drought in California has caused a shortage of cauliflower, which in turn caused the price to skyrocket. Add to that the plunging value of the Canadian dollar and we’re seeing prices doubling and even tripling.

Home cooks and chefs alike love cauliflower for its neutral flavour and versatility in the kitchen. It happily soaks up any flavour, and its rich, almost creamy texture makes it a prime substitute for mashed potatoes. Vegan and vegetarian dishes such as grilled cauliflower steak, gravy and cauliflower “cheese” sauces made with nutritional yeast have become popular in restaurants and at home.

Cauliflower rice has also become a popular item with those adopting The Paleo Diet or eschewing gluten over the past several years. With a little creativity, the “rice” can even be made into a gluten-free pizza crust. When U.S. grocery chain Trader Joe’s debuted bags of frozen cauliflower rice this past summer, it sold out within days.

Cauliflower has many health benefits, such as being high in satiating fibre, plus it’s low in calories (about 150 per medium head). It’s also a great source of vitamin C and contains vitamins B and K, plus omega-3s and manganese.

The good news: Cauliflower’s peak season in Canada is June through November, so you can expect prices to drop significantly once local produce hits markets this summer.

In the meantime, for the $8 you’d pay for a head of imported cauliflower, you can get much more bang for your buck by opting for equally nutritious locally grown squash and root vegetables that are readily available year-round.

Roasted acorn squash makes a great substitute for roasted cauliflower. Try cutting the squash into wedges and brushing it with a maple glaze for extra sweetness. 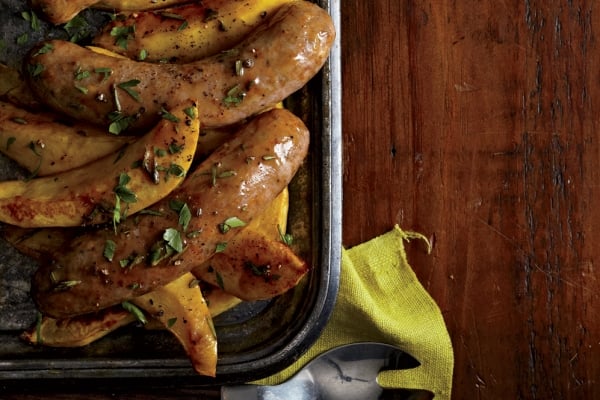 Parsnips are an ideal substitute for cauliflower in faux-tatoes. Their nice pale colour, mild flavour and quick cooking time make them a simple swap. 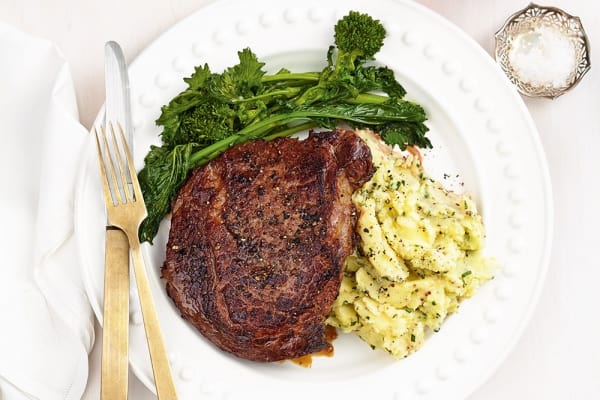 Celery root (also known as celeriac) is another great substitute for cauliflower in mashes and purées. Try it mixed with bold cheese, such as Gruyère. 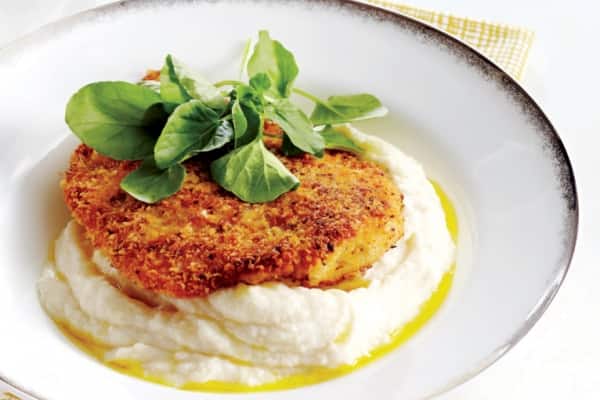 In place of cauliflower steak, use halved roasted cabbage, endive, leeks or chicory. They’ll all hold their shape during cooking and look impressive on your table. 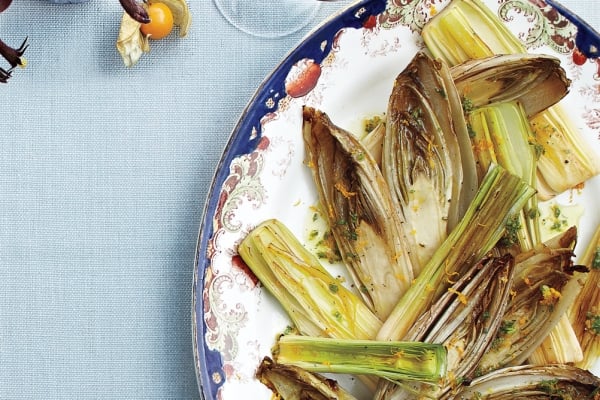 Cauliflower prices giving you sticker shock? Here's what you need to know