Share
Fresh and local aren’t always the first words that come to mind this time of year, but keep an eye peeled next time you hit up your local grocery store–you might just be in for a pretty pink surprise.

Rhubarb, a perennial Canadian favourite prized for its stunning colour and sweet-tart flavour, has been spotted in grocery stores as early as February this year, which has some people wondering: what gives?

The story behind this unseasonal Canadian-grown supply is that it’s not really grown at all; it’s produced using a traditional farming technique known as ‘forcing’.

Here’s how it works:

The rhubarb plants start out in the field, where they collect energy from the sun. In the fall, farmers dig them up and transfer the roots to an unlit barn, where they sit dormant in complete darkness for the next few months.

When the farmers are ready to start producing rhubarb (usually in December or January), they turn the heat in the barn up to about 10ËšC, which awakens the plants and forces them to expend all the energy they’ve been storing from the time they were in the field. Five weeks later, the rhubarb stalks are ready for harvesting.

“It's the same idea as if you leave onions under your kitchen sink and they start to sprout,” says William French, a fourth-generation rhubarb farmer at Lennox Farms in Melancthon, north of Shelburne, Ont. “You’re forcing the stored energy back out of that [rhubarb] tuber to produce a crop.”

How is it different from traditional rhubarb?

While rhubarb’s traditionally bitter taste might be off-putting for some people, forced rhubarb is much sweeter than its field-grown counterpart.

“Because there's no chlorophyll from the sunlight, it's not nearly as bitter,” explains French. “You can cut the sugar in half when you're cooking with forced rhubarb in the winter, rather than from your garden in the summer. That's the advantage of it, really.”

Along with being sweeter, forced rhubarb is also much darker in colour than traditionally grown rhubarb, which makes for some really beautiful pies and desserts. It also boasts some psychedelic-looking yellow leaves–a result of it growing without sunlight.

The plants used on Lennox Farm are descendant from a couple of old varieties that came from England, where forced rhubarb is quite popular. It also has quite a fan base in other European countries, where it’s seen as a sweet relief to the often root- and tuber-filled winter crops.

The health benefits of rhubarb are plenty, with it containing disease-fighting antioxidants as well as vitamins C and K, plus magnesium and calcium. Its fibre content helps keep you feeling fuller longer while keeping your digestive system moving.

When selecting fresh rhubarb, whether forced or outdoor grown, look for firm and crisp stalks that are free from blemishes. If the leaves are still attached, they should appear fresh and not wilted. It can be stored, unwashed, in your refrigerator for up to a week. Be sure to wash well and remove the leaves–they’re toxic.

And if you've ever found yourself with way more than you can reasonable cook at once, here's a trick: freeze it! To do so, wash, trim and dry the stalks, then chop into 1-inch lengths. Arrange in a single layer on a baking sheet and freeze for one hour. Once the pieces are firm, transfer them to a freezer bag and keep for up to two months.

While rhubarb can be eaten raw, it’s typically cooked in desserts, such as pies and crumbles, or stewed with a sweetener to make a sauce. Here are some of our favourite ways to use it–just keep in mind that you may need to reduce the amount of sugar in each recipe to accomodate the sweeter forced rhubarb, depening on your tastes. 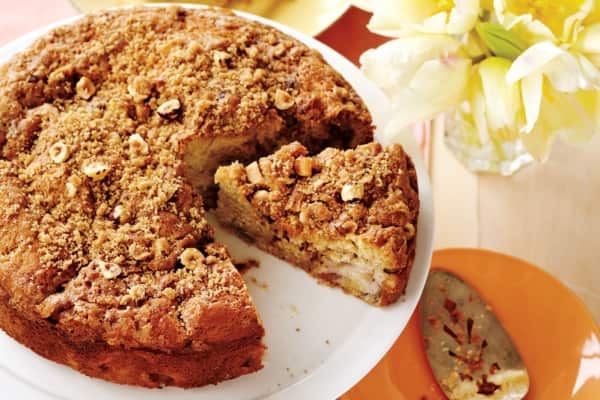 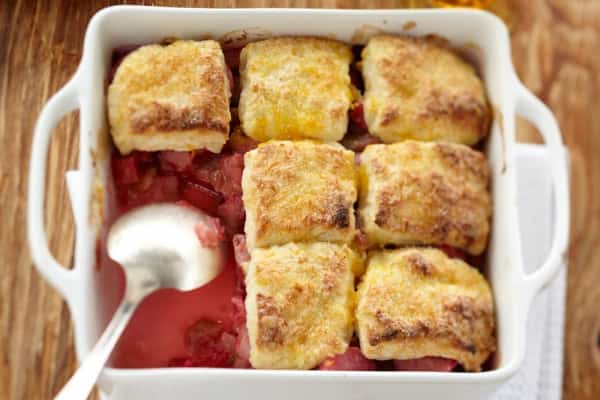 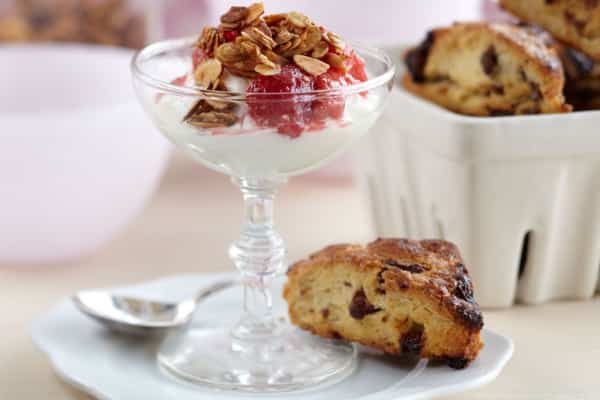 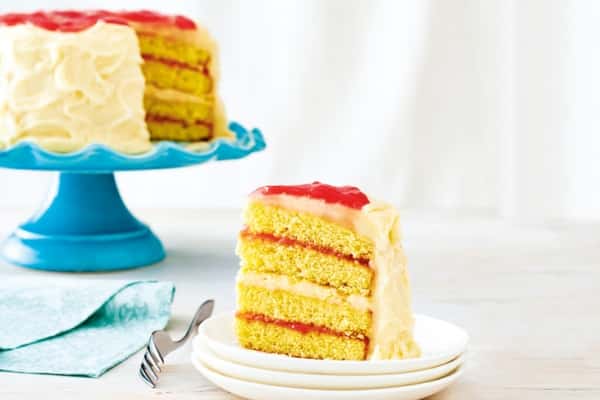 The surprising reason some Canadians have access to fresh, local rhubarb in the winter