A traditional Italian Maritozzo is a soft brioche bun filled with a cream filling. This version is stuffed with a homemade strawberry ice cream, making it a delicious and decadent ice cream sandwich.

1. For the ice cream, whisk the cream, milk, ½ cup (100 g) of the sugar, skim milk powder, vanilla and cinnamon together. Let this mixture sit for 10 to 15 minutes, whisking occasionally, to give the sugar time to dissolve. Chill until ready to churn.

2. Mash the fruit and remaining 2 Tbsp (25 g) of sugar with a potato masher until the berries are in small pieces. Chill until ready to churn.

3. Pour the cream base into an ice cream maker and follow the manufacturer’s instructions. Once the ice cream is half frozen, add the fruit while the machine is churning and let it continue to churn until frozen.

4. Transfer the ice cream to a freezer-safe container, cover and freeze for at least 2 hours, or until more firmly set.

5. For the brioche, heat the milk to just above body temperature and then stir in the yeast and set aside for 2-3 minutes.

6. Place the flour, sugar and salt into the bowl of a stand mixer fitted with the hook attachment.  Add the milk along with the egg, egg yolk, oil, honey, vanilla and lemon zest.  Mix this on low speed to combine and then increase the speed by one level and continue to need until the dough becomes elastic, about 5 minutes.  Transfer the dough to an ungreased bowl, cover the bowl and let the dough rise on the counter for 90 minutes, until increased in size by 50%.

7.  Turn the dough out onto a lightly floured surface and divide into eight pieces.  Shape each piece into a ball by rolling it under the palm of your hand and place each, well-spaced, on a parchment-lined baking tray.  Cover the tray with a tea towel and allow to rise for 30 minutes.

9. To assemble the Maritozzi, slice a bun from the top through the centre of the bun but not cutting all of the way through. Dust the Maritozzi with icing sugar and place 2 scoops of strawberry ice cream into the brioche bun and serve immediately. 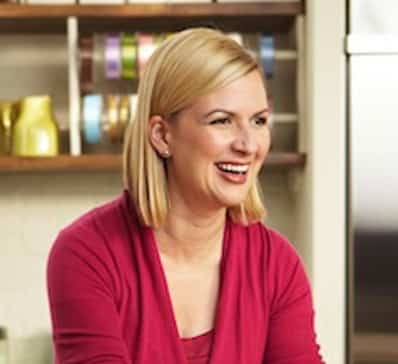 ANNA'S TIP: Since these buns on their own aren’t too sweet, they can also double as a burger bun, or perhaps for a veal cutlet or meatball sandwich!