Share
When it comes to food, there is always that one food item,  be it salty, sweet or even bizarre – chocolate-covered Cheetos, anyone? – that overtakes all thought process, sense and reason and becomes the centre of our culinary fantasies.  But it’s not just us everyday Canadians who have these secret food cravings! Here are the closet food fantasies of some of Canada’s most beloved celebrities.

“Two words: Chicken fingers.  I've hosted Canadian Idol for five years which means I've criss-crossed this country five times. And at every whistle-stop, I have sampled the local chicken finger fare. The best chicken fingers in the country – taking into account presentation, breading, dipping sauce and sauce-to-finger ratio – can be found at the Fairmont Hotel in Vancouver."
- Ben Mulroney, eTalk host 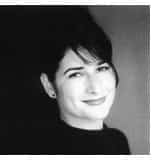 "My mother was a modern woman and to her that meant never stepping into a kitchen. I’m amazed I didn’t die of tin poisoning. So, as an eight year old, I would sneak to my best friend’s home where her father, F.T., cooked the most amazing food all the time. My favourite thing F.T. made, and which I make for my children, was a three-cheese –  mozzarella, brick and cheddar – rigatoni with a homemade tomato sauce that you could smell throughout the neighbourhood. To this day it brings me comfort and 30 years later I am still sharing it with my best friend.”
- Kate Davis – stand-up comedian and author of “Breast Feeding Diaries” 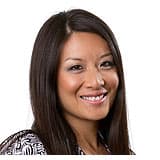 “ Oreos are, seriously, perfect, but only WITH trans fats! The new Oreos are stupidly without trans fats and they don't slip off the wafer the same way when you twist them. The cookie's mild bitterness balances out the sweetness of the filling. They're a great comfort snack - remind you of childhood - and Oreos are what I like to call an Action Snack, you don't just pop it in your mouth, you eat it with a "process".  Everyone has their own Oreo process!  Mine consists of opening up the wafer, scraping the filling away edge by edge until an octagonal shape remains in the middle and then attempting to lick away the centre in one full slurp!”
- Elaine "Lainey" Lui,  eTalk Reporter and gossip blogger, www.laineygossip.com
“I can’t live without a good steak!  Growing up in Grande Prairie, Alberta I was raised on meat and potatoes.  Nothing tastes better to me than a great steak!”
- Brad Mates, lead vocals of Canadian country group, Emerson Drive 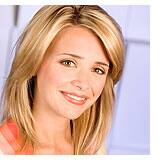 “My favourite indulgence at the moment would have to be anything Mexican. Chips & Guacamole, Spicy Enchiladas, Tostadas and Tortilla Soup are some of my favourite dishes.  I also have a massive sweet tooth!  My guilty pleasures are Red Velvet Cupcakes and Chocolate Covered Ju Jubes – trust me, just try them!”
- Danielle McGimsie, Entertainment correspondent, Star! 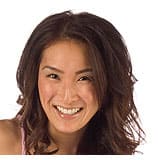 “Okay, I'll admit it. I suppose one of my guiltiest of guilty pleasures is... CHEEZ WHIZ!!  I love, love, love the fluorescent orange processed cheese spread. My love affair with the devilish stuff began when I was a kid and running from my after-school piano lesson to dance class.  The quickest, most satisfying and FUN snack were Cheez Whiz/Premium Plus sammies.  I loved spreading it on real thick and then watching the orange stuff ooze out of the holes as I squashed the two crackers together!

Now that I'm an adult, 'mature and civilized' (ahem...), I still enjoy the occasional Cheez Whiz sammy, however I've now graduated to the Cheez Whiz/celery stalk canoe. Believe you me, it is one YUMMY combo,  and hopefully half the calories!!”
- Tanya Kim, eTalk host