What if the foods you choose could help prevent Alzheimer's disease?  That's the tantalizing promise behind the MIND diet, a style of eating linked to a lowered risk of getting the progressive degenerative brain disease–one that disproportionately affects women.

In fact, 72 percent of Canadians with the disease are women, according to the Toronto-based Alzheimer Society of Canada. While genetics do play a role in whether you'll develop dementia (including Alzheimer's), what you eat is an important factor in reducing the risk of developing dementia, too. A study led by researchers from Rush University Medical Center in Chicago noticed that, of the 923 adults tracked for an average of 4 1/2 years each, those who rigorously adhered to the MIND diet lowered their risk of Alzheimer's by up to 53 percent. In addition, the aging of their brains slowed by about 7 1/2 years.

So, what is this seemingly magical food plan? MIND—which is short for "Mediterranean-DASH Intervention for Neurodegenerative Delay"—features a combination of two well-known doctor-approved diets: fish, red wine and olive oil from the diets traditionally followed by countries bordering the Mediterranean,  such as Italy, Morocco, Greece and Spain; along with the lean proteins and low-fat foods of the DASH (Dietary Approaches to Stop Hypertension) diet, which became popular after a 1997 study found that it lowered blood pressure. Salads, vegetables, nuts and berries round out the food plan, which is already being promoted by groups such as the Canadian nonprofit Women's Brain Health Initiative, based in Toronto.

One reason the MIND diet might be working is its high levels of antioxidants and nutrients such as lutein and beta-carotene, which may help protect the brain and body from damage and stresses, says Dr. Vivien Brown, Toronto family physician, vice-president of medical affairs at Medisys and a Women's Brain Health Initiative board member. It also promotes good circulation, another factor in brain health. While more research is needed to understand the link between this style of eating and the positive effects on the brain, the MIND diet does require some dedication. "This is not about a week or two of healthy eating, but rather, a lifestyle commitment to see long-term benefit," says Dr. Brown. She adds, though, that even moderate adherence does have benefits, and that we shouldn't forget other lifestyle factors that help prevent dementia, such as not smoking, keeping blood pressure within a normal range, exercising and enjoying a social life.

To make the diet easier to try, we asked health and wellness expert Rose Reisman to design a week's plan of meals and snacks. Bonus: The healthful classics that follow make eating for a healthy brain taste delicious. 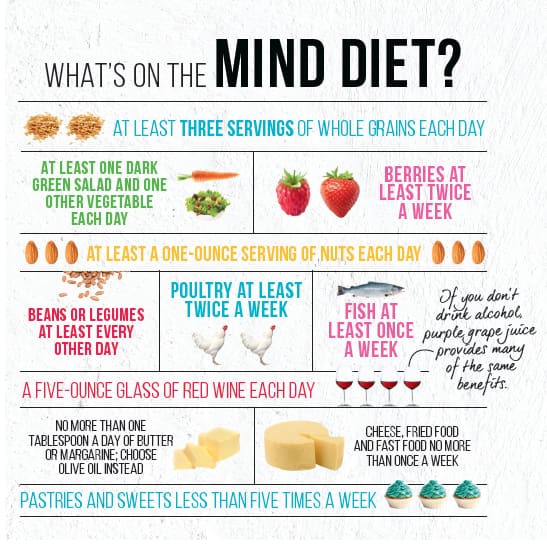 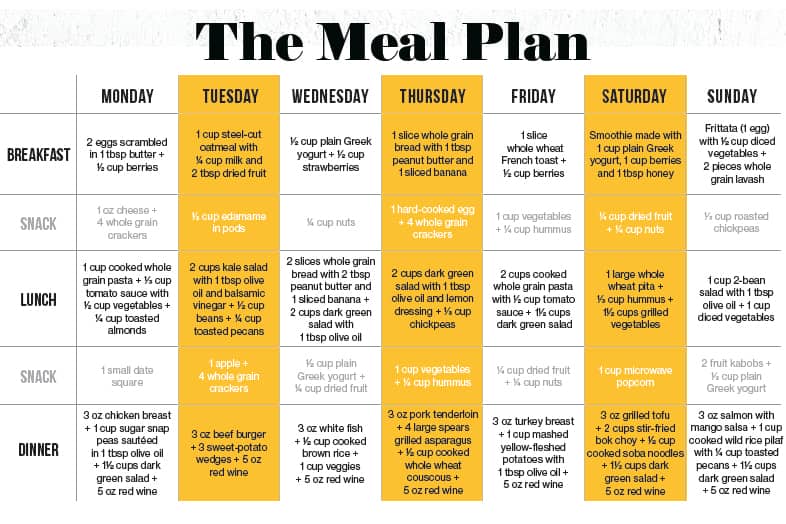