A small, butterfly shaped gland in your neck, the thyroid is responsible for producing hormones necessary for the regulation of everything from metabolism to mood. If you haven’t had a thyroid test lately, it’s time to call your doctor.

Roughly one in 10 Canadians suffers from a thyroid condition, which can leave you feeling sleepy, sad and generally ill. And, according to the Thyroid Foundation of Canada, as many as 50 percent of those affected are undiagnosed.

The most common thyroid condition, hypothyroidism, occurs when the thyroid gland isn’t releasing sufficient thyroxine (T4) and triiodothyronine (T3). This is often caused by an autoimmune attack on the thyroid gland (called Hashimoto’s thyroiditis), but it can also be due to a pituitary gland problem, occur following a neck surgery to the thyriod or parathyroid glands, neck radiation for cancer in the region or it can simply be the result of genetics, says Dr. Catherine Kelly, an endocrinologist at Women’s College Hospital in Toronto.

Women over 50 are most likely to develop thyroid disease. It’s diagnosed following a careful case history with your doctor, a physical exam and several blood tests over a period of months to gauge your thyroid-stimulating hormone (TSH) levels. Hypothyroidism will likely require lifelong treatment via hormone replacement therapy to get you feeling better.

But, younger women can also develop temporary forms of hypothyroidism, for instance during or after pregnancy. “Postpartum is a very common time to develop thyroid problems, especially if you have Type 1 diabetes or another autoimmune condition,” says Dr. Stuart Kreisman, an endocrinologist with the Thyroid Clinic at St. Paul’s Hospital in Vancouver. Postpartum thyroiditis is typically transient, meaning it will correct itself in time, though some hormone- replacement medication may be necessary for a few months.

About one to two percent of women find themselves on the opposite end of the spectrum, with hyperthyroidism, where they are producing too much of the thyroid hormone. “It’s much less frequent, but the symptoms are more absolute,” says Dr. Kelly.

Tough-to-pinpoint symptoms are the biggest challenge to recognizing hypothyroidism. You might not notice them at first, you might mistake them for the normal signs of aging—or you might wrongly attribute those extra pounds, lack of energy and trouble sleeping to your thyroid. “Fatigue, for example, can be caused by so many things,” says Toronto-based naturopath Sarah Wilson. “I tell women, if you’re commuting three hours a day and running your kids to a million extracurriculars, and trying to cook and work out, of course you’re tired!” That doesn’t mean you have an underactive thyroid—but it doesn’t mean you don’t, either.

Read on for eight of the most common symptoms of a thyroid disorder and if one or more raise a red flag for you, call your health-care practitioner for a checkup. 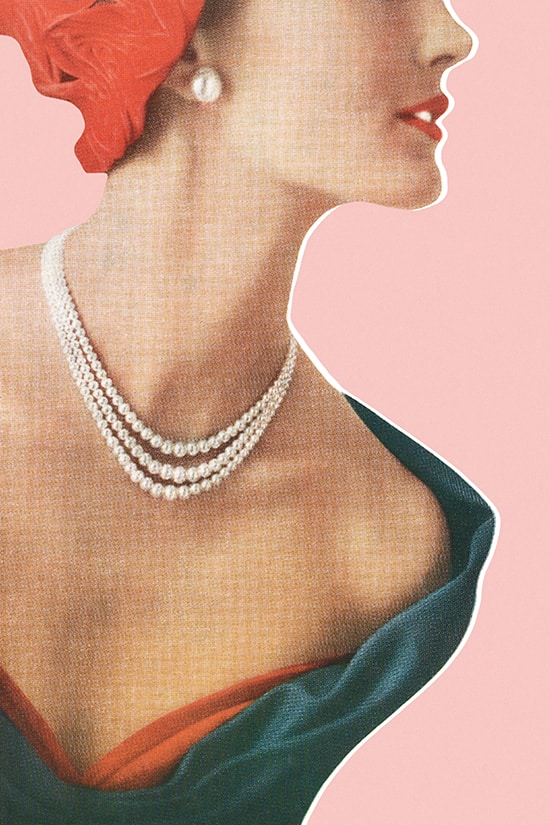 1. Your skin is seriously dry

“You can have some changes in your hair, skin and nails with hypothyroidism, but most people have that anyway in wintertime,” says Dr. Kelly. If you find yourself slathering on moisturizer more often or scratching flaky patches well into the spring and summer months, however, it may be a sign that your thyroid is underperforming. Excessive hair loss and thin, brittle nails can also be signs of hypothyroidism.

Constipation is one of the most common complaints with an underactive thyroid, says Dr. Kelly. Hypothyroidism can slow down many of the body’s systems including gut motility and, ultimately, elimination, resulting in frequent constipation.

A spike of serious anxiety can be a sign of hyperthyroidism, while an unusual bout of fatigue or the blues can be a clue that your thyroid is underperforming. Postpartum depression can frequently be associated with an underactive thyroid, says Dr. Kreisman. “It’s not recommended that everyone [post- partum] is checked, but anyone who is feeling more down than expected should have their thyroid looked at,” he says. An under-active thyroid may also explain why your antidepressants don’t seem to be working all of a sudden, says Dr. Kelly: “If you have an underactive thyroid and you’re being treated for depression, you might have a suboptimal response if your thyroid isn't being treated."

4. Your period is abnormal

"Really light or really heavy periods that have started unexpectedly are common symptoms of a thyroid problem,” says Wilson. A hypothyroid or a hyperthyroid can cause periods to be lighter or heavier than usual. And if either condition is severe, you may miss your periods all together.

A rapid pulse and feelings of anxiety are classic symptoms of hyperthyroidism, and they can easily keep you up at night. On the flip side, if you’re wanting to stay in bed all the time, that could be due to the dip in hormone levels that comes with an underactive thyroid, slowing bodily functions and making you want to hide under the covers all day.

If you find yourself zipping around from one task to the next but never finishing anything, it can be a sign of an overactive thyroid. “You may feel like you’re speedy, but you’re not as effective in completing tasks because you're anxious,” says Dr. Kelly. This can mess with your ability to concentrate at work, for example, and may even affect your memory.

7. Your sex life is suffering

Some of the typical symptoms of hypothyroidism, including fatigue and depression, can really kill the romance. According to the Society of Obstetricians and Gynaecologists of Canada, thyroid disorders are recognized as possibly having a negative effect on sexual function. Vaginal dryness (which can mean off-putting painful sex) can also be linked to an underactive thyroid.

8. You’re packing on the pounds

Weight gain is a major complaint heard by all of our experts. “Over time, we all have fluctuations in our weight, but if all of a sudden you’re gaining progressively and things you used to do to get your weight under control aren’t working, that’s a sign that you need to get your thyroid looked at,” says Wilson.

Treating an overactive thyroid is fairly straightforward, with one option being a one-time dose of radioactive iodine (followed by thyroid hormone to balance it out). How to best manage an underactive thyroid, on the other hand, is a bit of a hot topic. Experts agree that lifting hormone levels with drug therapy is essential for normal bodily functions, but getting the balance of medication just right can be tricky. Endocrinologists typically prescribe a regimen of T4. “Most of my patients on thyroid hormone feel just great, but there’s a small minority who say they still don’t feel right,” says Dr. Kreisman.

According to Wilson, and the many support groups and social media threads on the topic, more than the occasional patient continues to complain of low energy or feeling the blues on standard therapy and not experiencing symptom improvement. Some lobby to receive a combination of T4 and T3 (also called natural desiccated thyroid or NDT).

The trouble is, T3 comes with some significant risks because its shorter half-life means it may need to be taken multiple times a day, which can lead to potentially harmful hormone spikes. “I always say the biggest risk is [a practitioner] who doesn’t know how to dose it properly,” says Wilson. There’s a danger of hyperthyroid symptoms, including heart palpitations and anxiety. If it isn’t prescribed correctly, and a woman experiences frequent or extended periods of hyperthyroidism, this medication can cause other health problems. “It’s bad for your bones and bad for your heart,” says Dr. Kreisman.

“Even though I’m not a big believer in the approach, I don’t have a problem leaving some of my patients on combination therapy if they are happier with that treatment,” says Dr. Kreisman. “As long as they remain in range,” which, he says, may mean more frequent blood tests to keep tabs on your TSH level, as well as the potential for several dosage changes in the beginning to get the replacement amounts just right.

Treatment for hypothyroidism shouldn’t begin and end with hormone replacement, though, says Wilson. “I’m always wanting to figure out what’s causing the under-active thyroid,” she says. If it’s caused by an autoimmune issue, it could trace back to inflammation, a nutrient deficiency, an acute viral infection or even stress, she says. “I’d rather fix the underlying problem than just put a bandage on it.”

The Butterfly Effect: What is a Thyroid Condition and How to Look for Symptoms