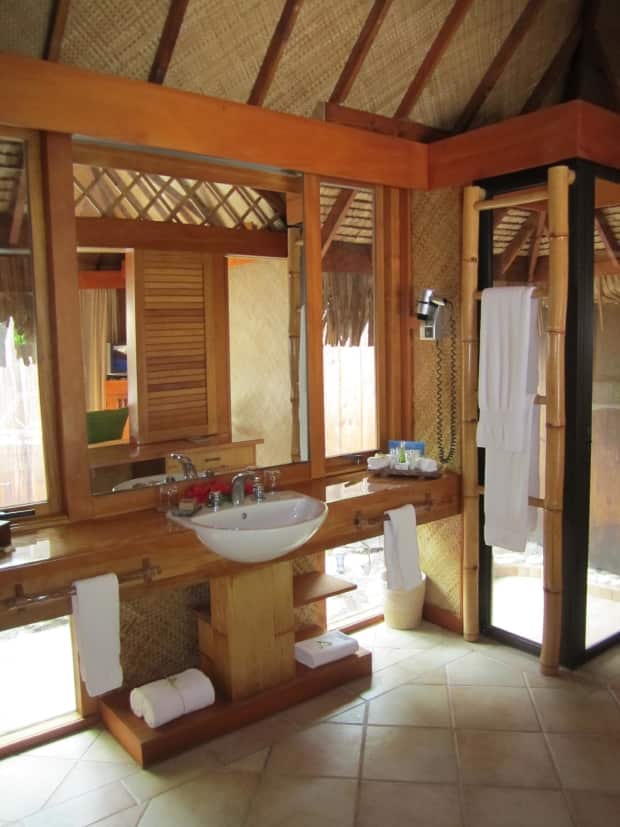 The exotic master bathroom in a Garden Bungalow suite at the Bora Bora Pearl Beach Resort. And although it looks rather daring, the floor-to-ceiling windows flanking the vanity look out onto a private garden!
Photography by Brett Walther.[/caption]   Sure, those luminous turquoise seas and fine, white sand beaches were glorious. But, truth be told, some of the most spectacular sights on my recent trip to French Polynesia were found indoors. Check out these fab features in my bathroom at the Bora Bora Pearl Beach Resort, for instance.   [caption id="attachment_3392" align="aligncenter" width="620"] 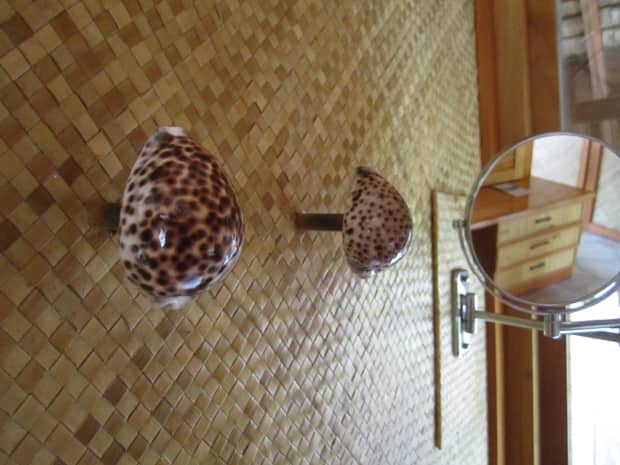 Brilliantly polished shells are put to work as robe hooks. The slight sheen on the tightly-woven coconut-leaf wall panels amplifies the abundant natural light, breaking down the distinction between indoors and out.
Photography by Brett Walther.[/caption]       [caption id="attachment_3521" align="aligncenter" width="620"] 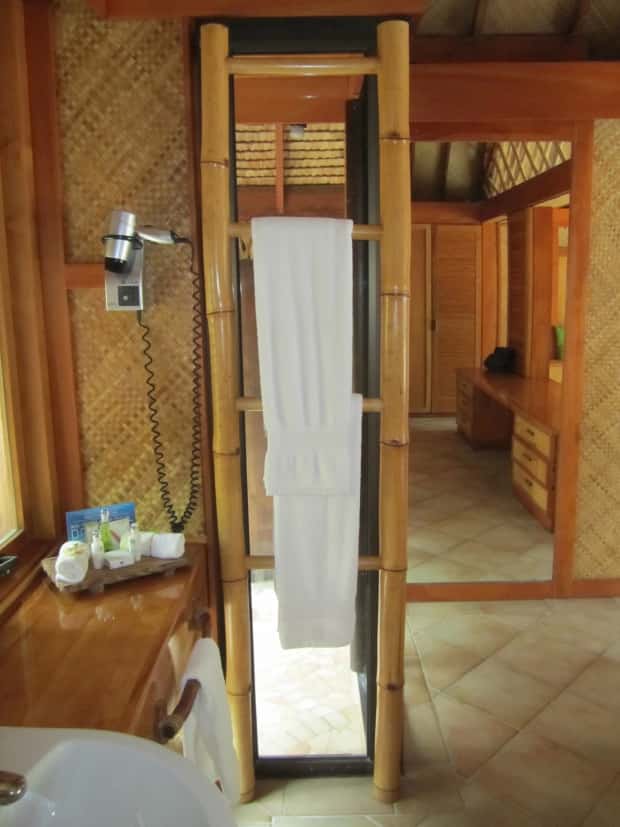 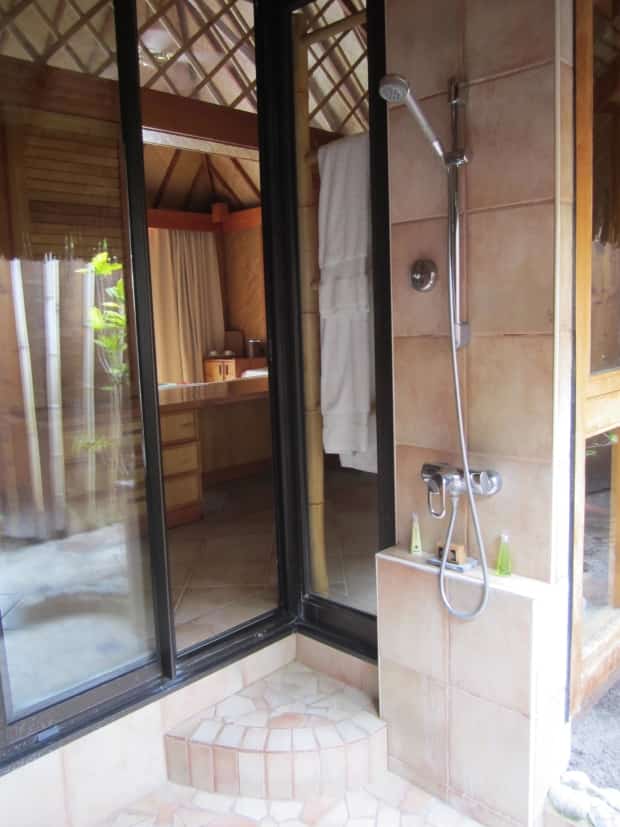 Step through the sliding patio doors to access the ultimate in tropical decadence—the outdoor shower!
Photography by Brett Walther.[/caption]    For more on how to bring this exotic slice of island style home, click here! Follow me on Twitter!