Share
Share
Nothing evokes spring like a palette of green and pink. Nevertheless, as a complementary colour scheme (green and pink exist on opposite sides of the colour wheel), it sometimes can be a tough pairing to get right. The secret is to choose a green and pink that are similar in tone. You wouldn't pair a pastel green with a super-saturated pink, for instance. In fact, it sometimes helps to imagine both colours in greyscale: If they were translated in black and white, both hues should read as the same shade. Check out this tonally-balanced pink and green combo—the perfect pairing for a spring update:   [caption id="attachment_3432" align="aligncenter" width="620"] 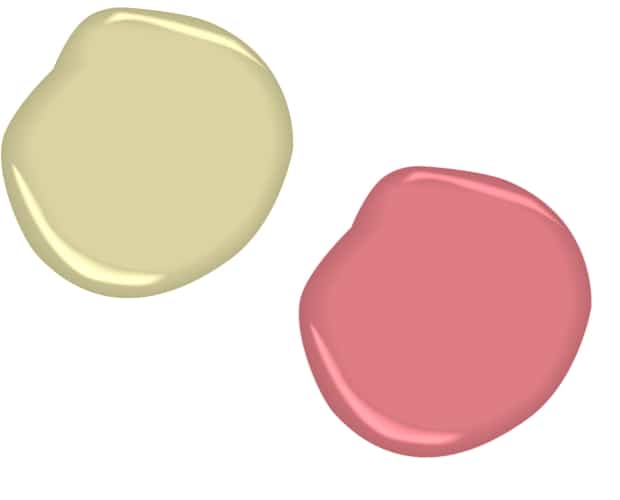 Castleton Mist HC-1 and Coral Essence 2007-40, Benjamin Moore.[/caption]     Benjamin Moore's Castleton Mist HC-1 is a green for people who don't think they like green. With major yellow undertones, it lends credence to the whole "green is the new neutral" movement that's really picked up steam this season, and could serve as a gorgeous wall colour throughout the home. And how about reserving that punchy Coral Essence 2007-40 for a few accent pieces — a pair of painted Chippendale chairs, perhaps?   [caption id="attachment_3436" align="aligncenter" width="620"] 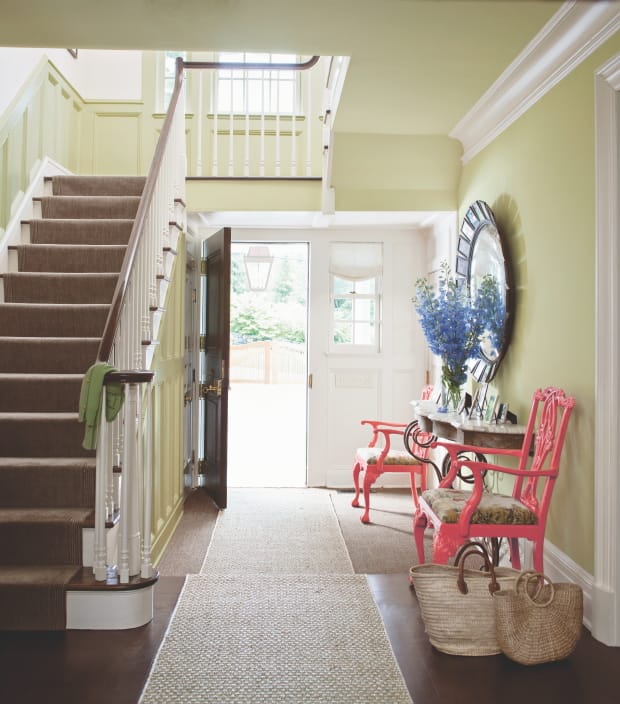 Spring colour palette for the home: Green and pink