A few simple tried-and-true decorating tricks give this Victorian-style home a tranquil update.

When Elizabeth and Alan Skelly purchased their Victorian-style house in Toronto's Cabbagetown neighbourhood in 2015, they thought they were simply taking on a quick kitchen remodel and overall refresh. However, a problematic basement and lack of func­tionality throughout the home quickly led to the decision to renovate the entire dwelling. Add to that the strain of living out of nearby Airbnbs during part of the process, and Elizabeth was officially in over her head. "I've decorated all our previous homes and really enjoyed it," she says, "but taking on an entire house at once overwhelmed me."

Looking for a little help choosing paint colours and statement-making wallpaper at Farrow & Ball, Elizabeth made an appointment for a home consul­tation, where she met Jacklynn Little. They immediately connected, and when Elizabeth learned that Little was an interior decorator, she knew she'd found the right person to help her create her dream abode.

Together, they chose finishes and accessories to create the fresh, contemporary space that Elizabeth envisioned. Traditional furnishings from the Skellys' previous home were given face-lifts to work with the new interior, and dramatic accents were brought in by way of bold paint colours and vibrant textiles. The result is a welcoming space that boasts lots of modern appeal but still holds tons of staying power.

Employ a piece that bridges styles. This coffee table's tufted top is traditional, like the other furniture in the room, but its modern base keeps the space from feeling stuffy. 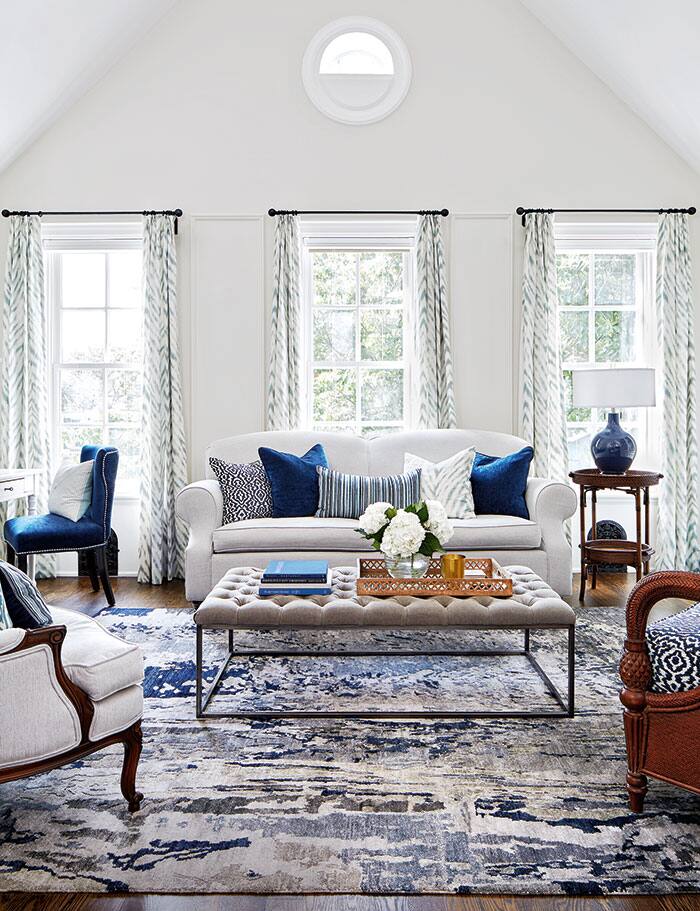 Use leftover wallpaper to back the shelves of a bookcase, then display family photos and mementoes as well as your favourite classic reads. 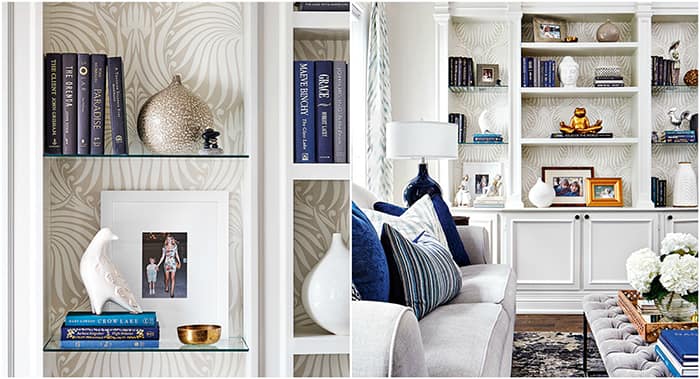 Add simple open shelves to your kitchen, both as display space for pretty dishes and serveware and to add an airy feel to the room. 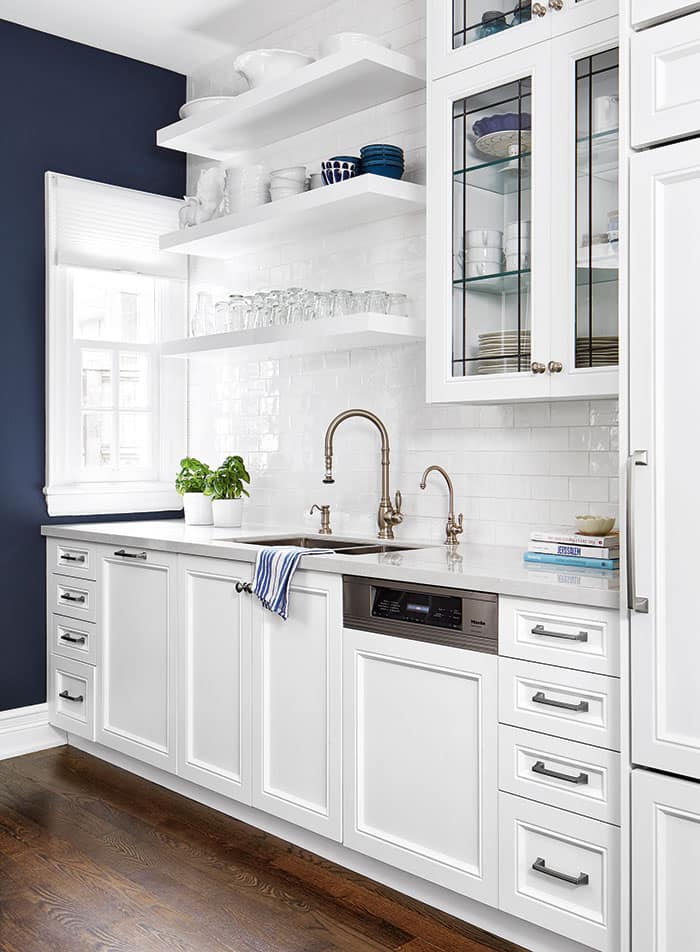 This calming colour is used in the Skellys' home to unify the decor­ating scheme. From patterns and stripes of cobalt and sky on toss cushions and bedding to solid blocks of indigo and navy on walls and upholstery, the hue is found in every room. Luckily, it's one Elizabeth was only too happy to live with. "It was my mother's favourite colour," she says. "She passed away a few years ago after battling Alzheimer's for 13 years." Blue is also the perfect companion for the crisp whites and neutral creams so popular today, and is making an on-trend statement for home decor this fall. 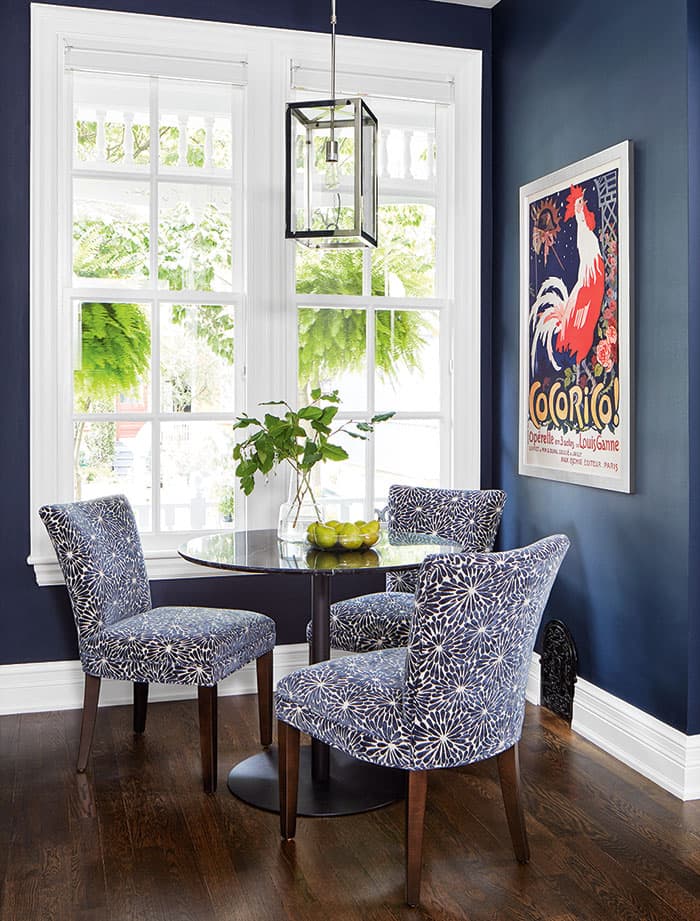 Elizabeth repurposed the large armoire by having it painted white. "It was a perfect solution to including a beloved antique into a much more contemporary space," she says. The area rug was also in her previous home, and she was determined to use it again in the master bedroom. Little made it work by imbuing the space with echoing hits of navy and red. 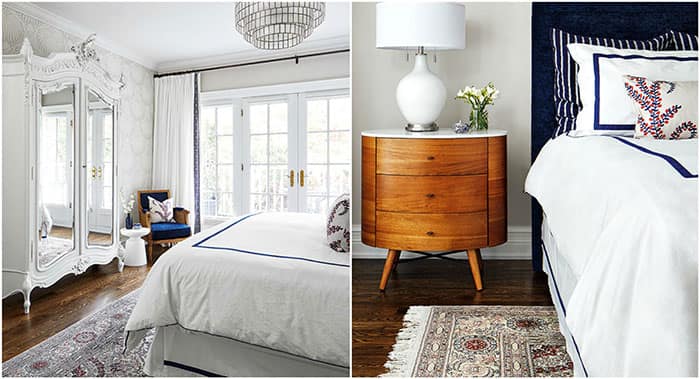 Infuse subtle texture and pattern into an otherwise neutral room with a standout wallpaper in muted colours. Apply it on only one wall for a modern look. 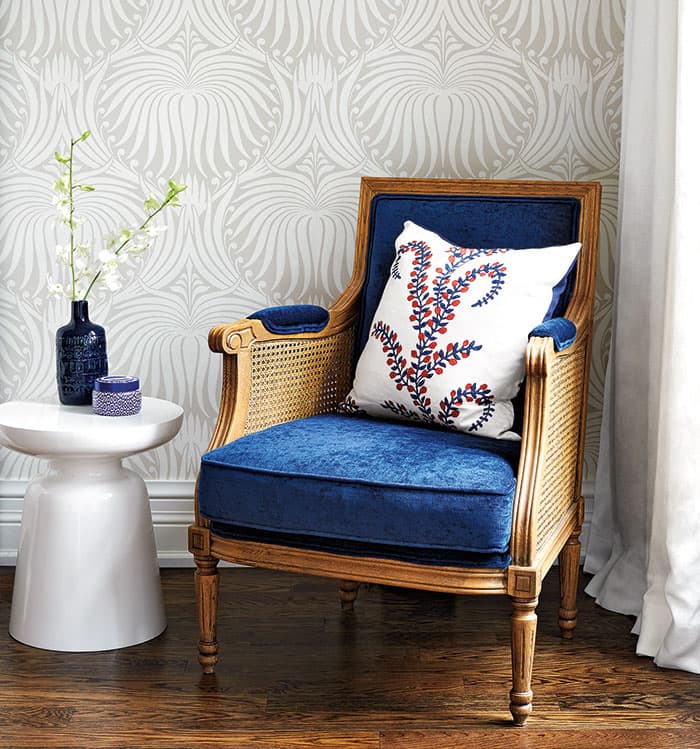 An old cabin gets a refreshing update but keeps its charm

A large new Alberta cabin maintains the heart of the tiny lakeside retreat that came before it.