Buy more lights than you think you'll need
Gauging how many strands of lights you'll need to run across a roofline seems simple enough—until the roof's peaks come into play. To get a rough estimate, Arthur will measure the length of the façade, then add at least two-thirds more. "You'll probably be over, but that will give you enough lights to go up and down most peaks," he says. For window calculations, first measure the height and width of a window, then double the sum of those lengths.

Pull the plug on incandescent lightbulbs
Treat yourself to an early Christmas present and swap your old-school incandescent lights for LEDs. These long-lasting alternatives will not only pay for themselves in saved kilowatt hours but also prove to be a versatile investment, thanks to recent innovations. "Some of the new LED lighting systems can change colour, which is great for someone who wants a different look every year," says Arthur.

Camouflage the cords
The ideal holiday lighting scheme makes an impact at night but disappears by day—and that means paying attention to more than just the bulbs. "If you're going to string lights up against a white eaves trough, choose lights with a white cord," Arthur suggests. Similarly, when stringing lights in evergreen trees and shrubs, Arthur reaches for green cords that will blend in with surrounding branches.

Take a shine to projection
Projection lights, the season's biggest trend in outdoor illumination, create the effect of hundreds of twinkling strands with one crucial difference: There's only one light source. "For anybody who is concerned about being up on a ladder or has put off decorating until two feet of snow has fallen, projection lights are the way to go," Arthur says.

Accentuate good architecture
The first step in Arthur's outdoor lighting strategy is to identify the best features of a home's façade. "Instead of trying to light every single surface—which will end up looking like the Griswolds' in Christmas Vacation—focus on strong architectural details," says Arthur. "It could be a bay window, gingerbread trim or even a really nice peak—anything that's worth drawing the eye." After highlighting these focal points, you might have the urge to light the house from left to right. Don't. "There's nothing worse than getting halfway across the front of the house and realizing there's no way you can continue the way you started," says Arthur. Instead, build outward from those illuminated architectural features in manageable, balanced sections.

No more knots
No matter how neatly you pack them away after the holidays, string lights have an infuriating habit of weaving themselves into the most diabolical knots. The single-cord design of Noma's "tangle-free" LED lights eliminates this seasonal stressor entirely. 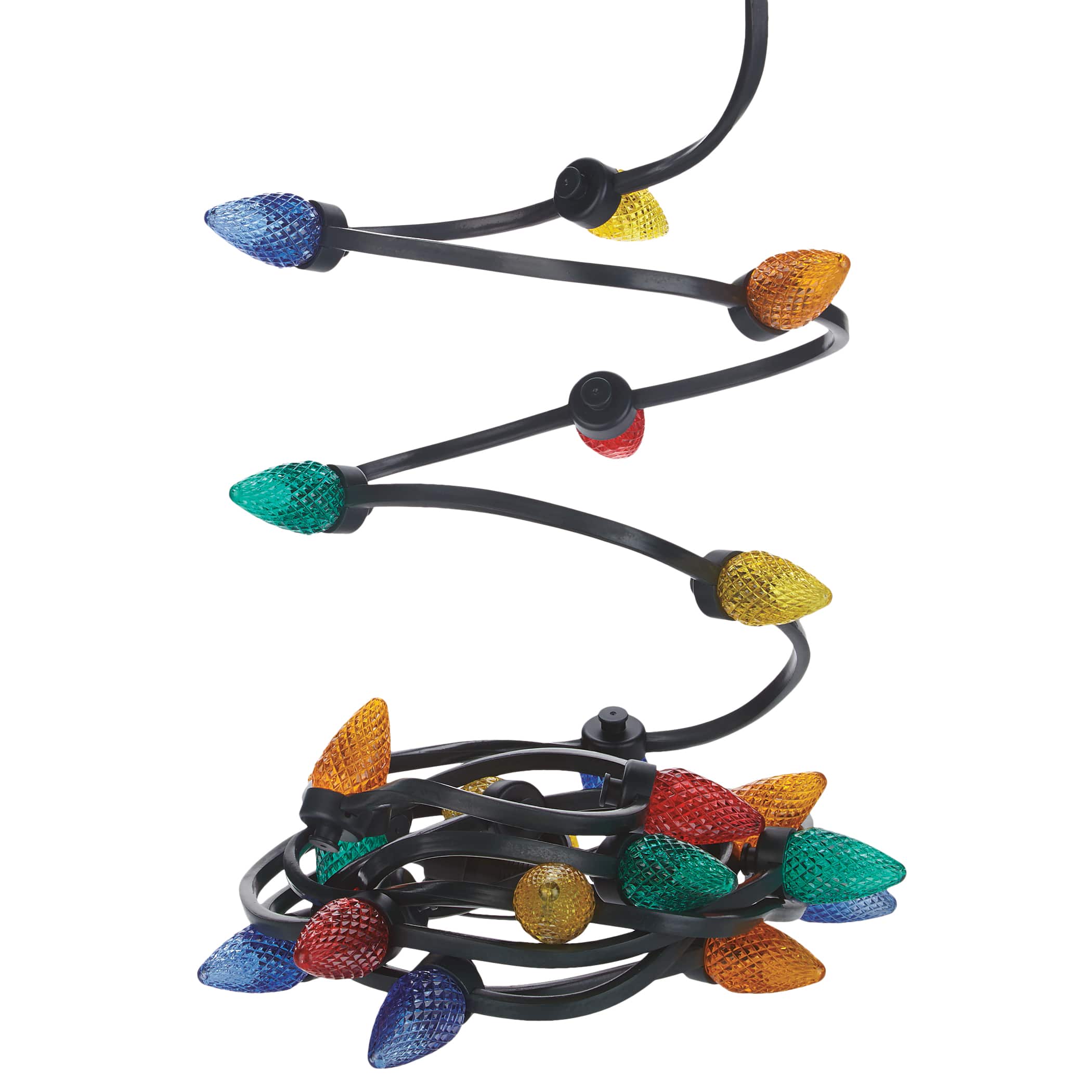 Let it snow
The weather outside might be frightful, but it's no match for these fabulous faux candles. Designed to withstand the elements, they're ideally suited for a vignette of festive lanterns on the front porch. The best part? They come with a remote control so you can fire up the flickering LEDs without setting foot outdoors. 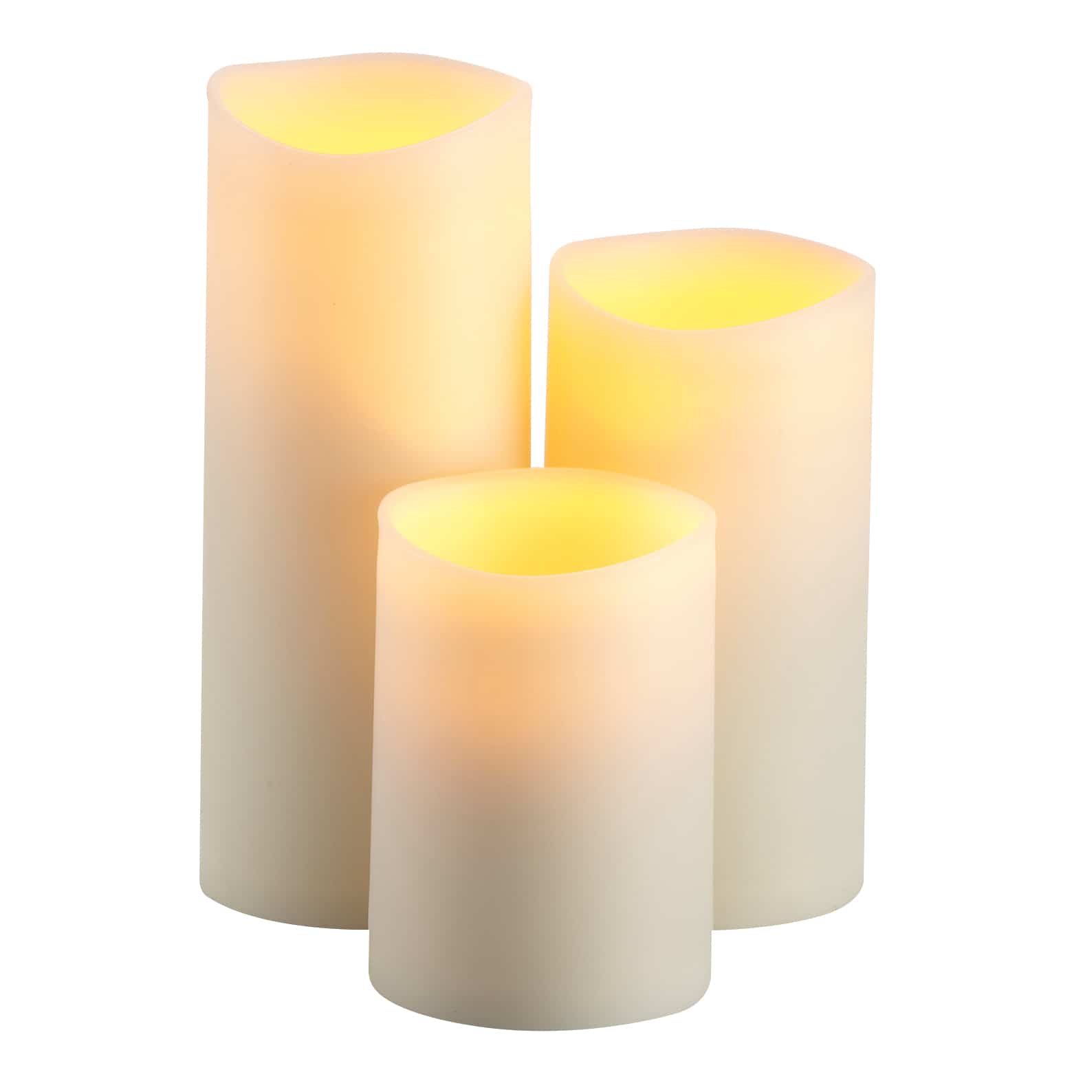 Oh, tannenbaum!
Prelit with 400 warm-white LED lights, this twinkling tree would provide a festive focal point for any front porch. 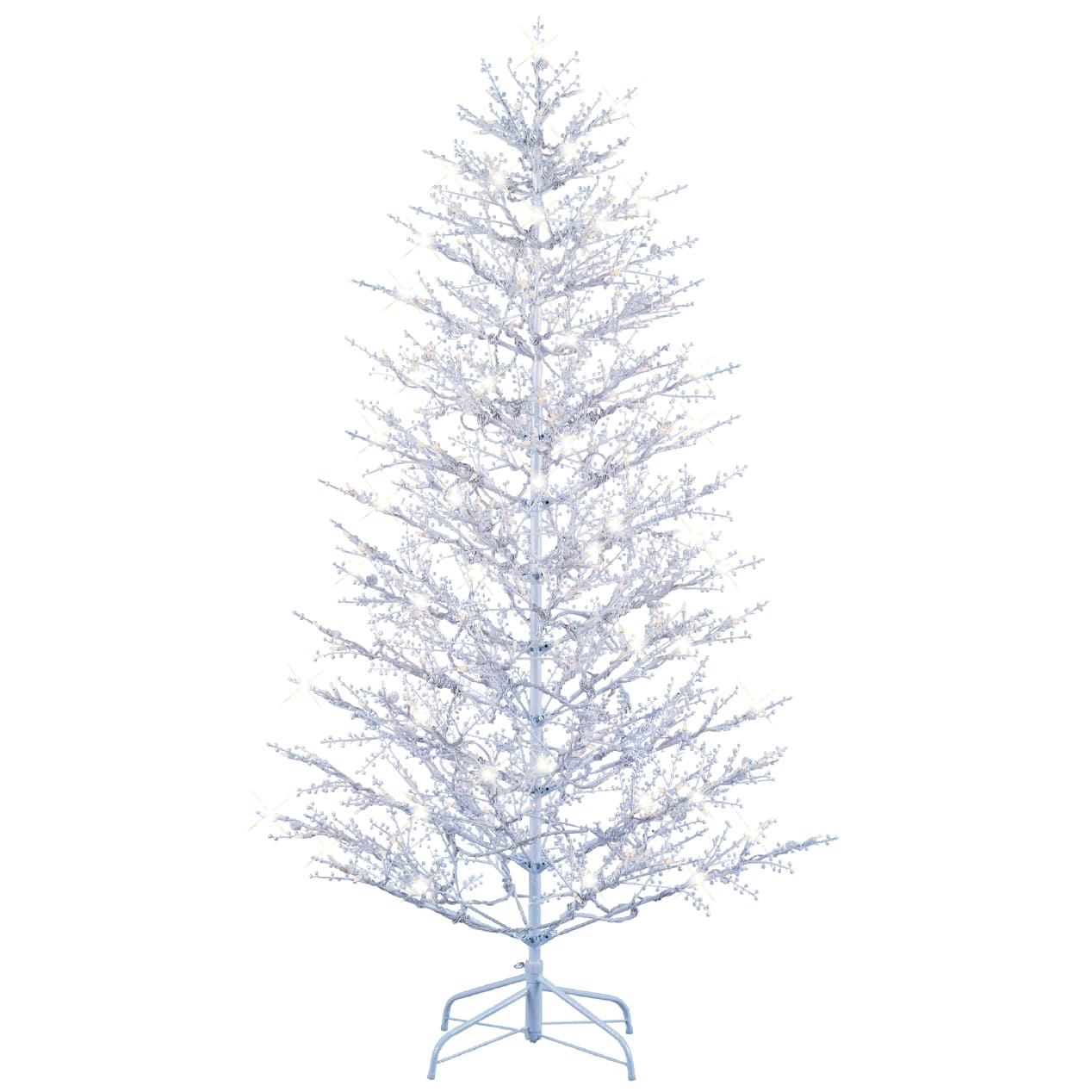 It's a snap
Say goodbye to plastic ties! Each light in this strand is attached to a spring-loaded clothespin-style clip, making it a total breeze to hang lights on everything from trees to eaves. 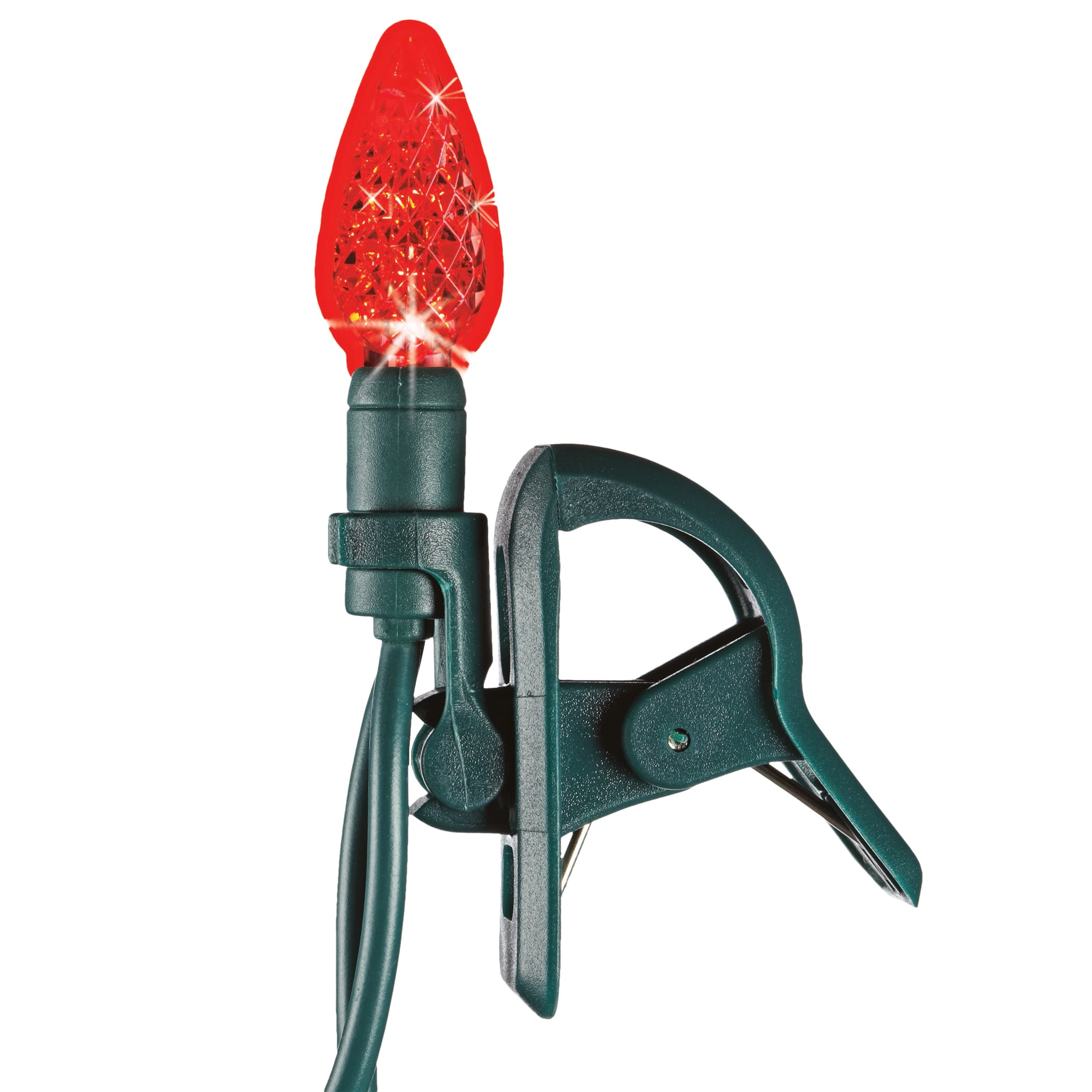 How to save on lighting
If you're starting from scratch, the cost of new lights, clips and extension cords can easily add up to $750. Follow these thrifty tricks to soften the blow to your holiday budget. 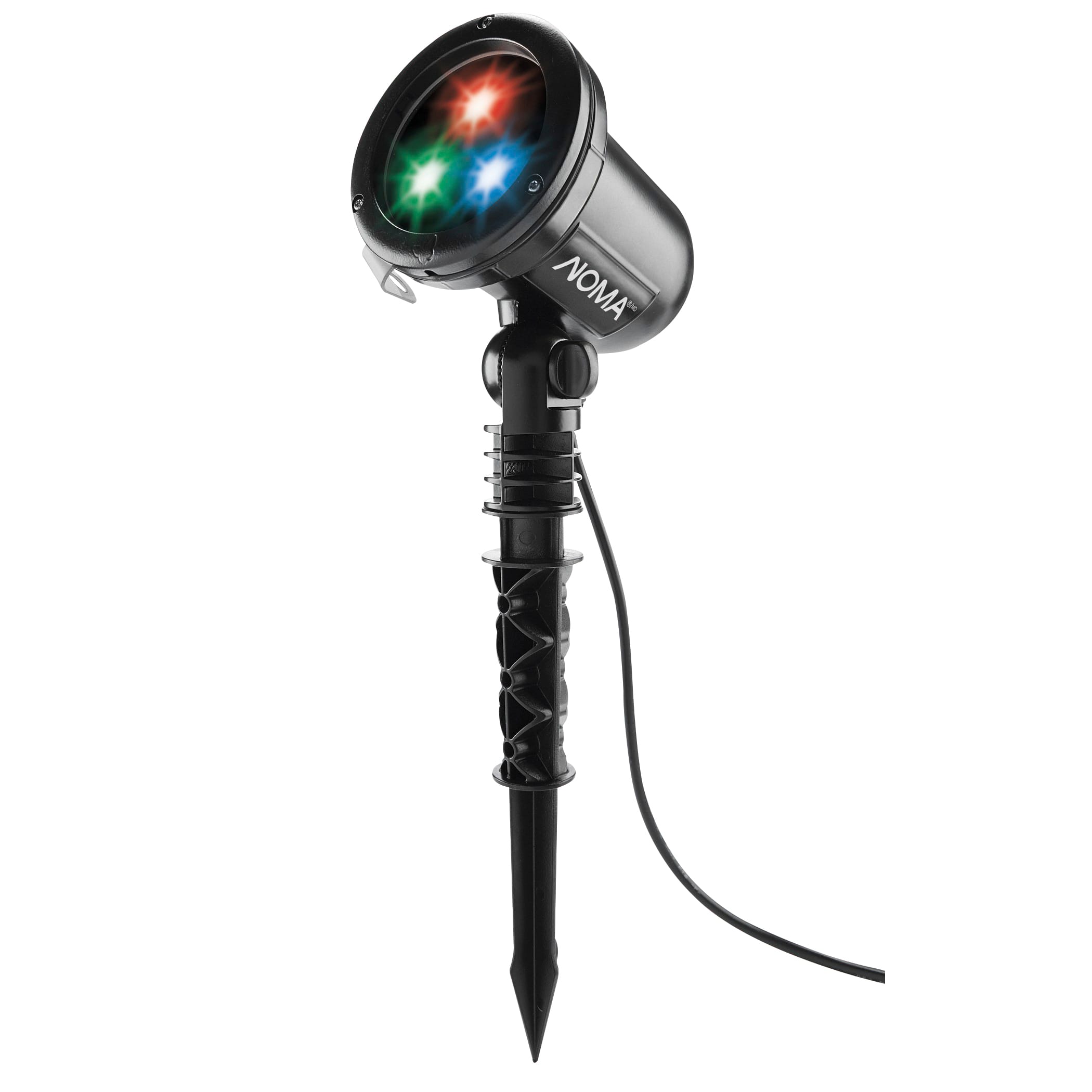 This projection light has a built-in lens defroster to melt snow and ice. Noma Starlight Laser projector, from $150, canadiantire.ca.

Flood the façade
Properly situated, white floodlights can create as much impact as an elaborate series of strands. For a diffused effect, outdoor design expert Carson Arthur recommends setting them two feet from the house. Or go for a projection light, which covers a wide area with a single unit.

Invest in timers
Although LEDs may put less of a burden on your hydro bill, you can save even more by regulating their use with a timer—a function that's frequently built into new lighting systems. "I generally set the lights to turn off at 1 a.m.," says Arthur. "I think that's plenty of holiday spirit!"

Limit lights to one vignette
Instead of illuminating the whole home, string lights on a single Christmas tree displayed on the front porch. "It's a perfect little ‘moment' that greets guests at the front door, and it's a great way to enjoy a real Christmas tree without bringing the needles inside," says Arthur.

Outdoor Christmas lights: 5 rules for lighting your home for the holidays