Cutting down on food waste can help the environment—and it starts in your own kitchen.

On any given Sunday—my grocery shopping day—I open my fridge to take stock of the good, the bad and the ugly. Although some weeks are better than others, I often find mushy fruit in the crisper or abandoned leftovers stashed in the back of the fridge. Swallowing my guilt, I toss the forgotten food into the respective compost and garbage bins, and then head to the store to begin again, hopeful that the coming week will bring better results.

If this sounds like a familiar pattern, that’s because it is. According to a 2017 study by the National Zero Waste Council (NZWC), 63 percent of the food Canadians throw away could have been eaten at one point. The NZWC also reports that the average Canadian household wastes about 140 kg of food per year, equivalent to $1,100. To put that into perspective, 140 kg is roughly 1,215 medium-sized apples, or 280 standard-sized loaves of bread.

While throwing out last week’s lasagna might seem fairly harmless in the moment, once that food makes its way to the landfill, the action may have some alarming repercussions.

“If there’s no composting system in place and people are putting their food waste in the landfill, that’s a major issue,” says Tammara Soma, assistant professor and co-founder of the Food Systems Lab at Simon Fraser University. “Decomposing food generates methane, which is a contributor to greenhouse gas emissions and climate change. Methane is much more potent than carbon dioxide, and because of that, it’s dangerous.”

Methane is often flagged as a by-product of animal agriculture, but it comes from many sources. As organic waste breaks down in the landfill, it releases methane gas into the atmosphere. Over a 20-year period, methane traps 84 times more heat than carbon dioxide, contributing to the warming of the planet.

The environmental toll climbs even higher when the resources required to produce food are considered.

“The true cost [of food waste] includes the cost of the water, labour, transportation and energy use,” says Soma. “There’s greenhouse gas from producing and transporting the food, cooking the food, storing the food, and if you factor in the plastic packaging, which is made from fossil fuel, it’s endless. Then, when that food ends up in a bin, it’s even worse.”

“If there’s no composting system in place and people are putting their food waste in the landfill, that’s a major issue.” 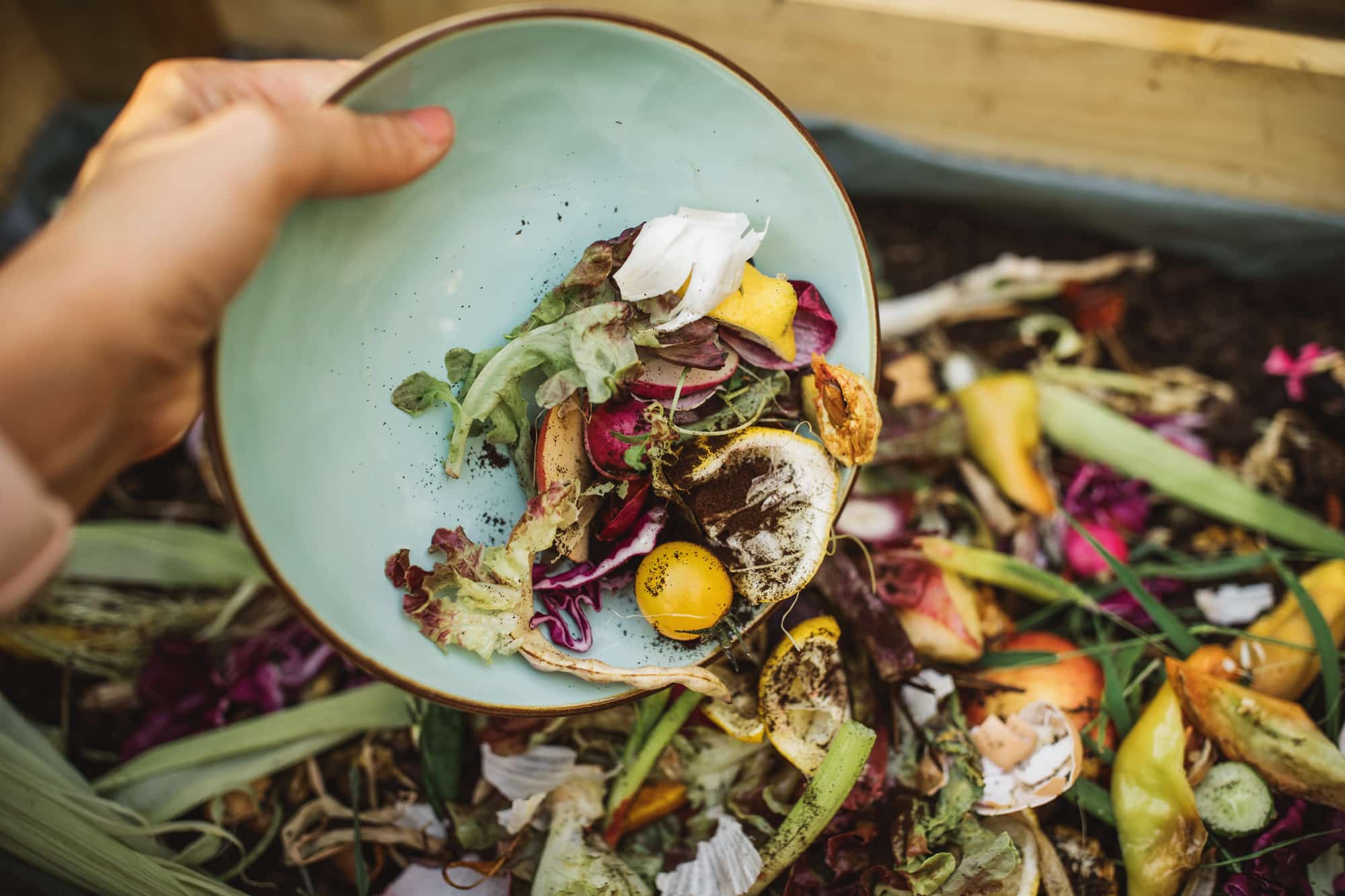 Soma notes that fruits, vegetables and prepared foods like leftovers are the most commonly wasted foods. An important distinction to make, though, is the nonedible parts of fruits and vegetables like banana peels and avocado pits, versus the edible parts. Edible food is considered avoidable waste.

So if the food we’re wasting is largely avoidable, the question is, how do we create lasting habits to break this cycle? When it comes to having a meaningful impact on climate change, individual action can sometimes seem futile. But Joanne Gauci, senior advisor for the National Zero Waste Council and Metro Vancouver, says food waste is one area where individual action is effective.

“We sometimes say ‘leftovers can change the world,’ because it really gets to the sentiment that if you make some small changes at home and are mindful about using up food, you can have a significant impact on the environment,” she says. “In the two years of the pandemic, people [have become] aware of how fragile our food systems are, and are more motivated to reduce waste.”

“The true cost [of food waste] includes the cost of the water, labour, transportation and energy use.”

That much is undoubtedly true, as the pande­mic has brought to the fore both the true cost of foods as well as weaknesses in global supply chains. And it just so happens that, for consumers, being mindful about food waste begins right where you’d expect: the grocery store.

“We often come back to three big reasons why food waste happens: buying too much, cooking too much and not storing food properly,” says Gauci. “It’s a series of behaviours and actions from when you’re planning and grocery shopping, to when you bring food home and cook it.”

Christine Tizzard, chef and author of Cook More, Waste Less, notes that only purchasing what you need is a good starting point. 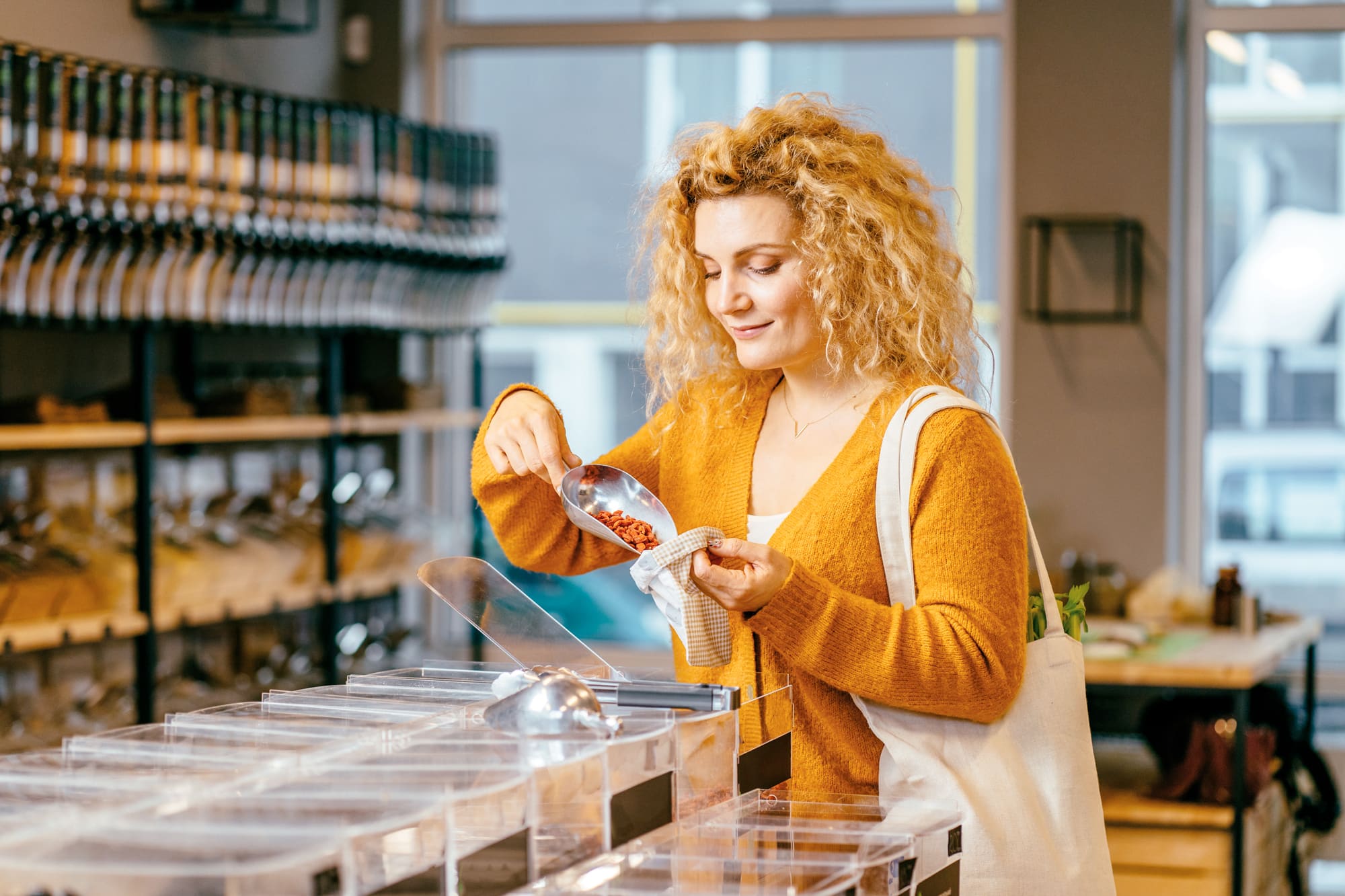 “Impulse buying and bulk buying, especially when things are on sale, just sucks you in,” says Tizzard. “I try to not buy anything in packaging— just buy it loose—and bring my own bags. That will automatically curb your habits, because you’re forced to buy only what you need.” Only buying what you need is often kinder on your wallet, too. “I don’t need a bag of lemons; I only need three. It might seem like it’s cheaper to buy food in bulk, but it’s not cheaper if it’s going in the garbage.”

After you’ve shopped, the key is ensuring that your food is properly stored, and then staying attuned to what’s happening in your fridge and pantry throughout the week. Gauci recommends a mid-week check-in, but notes that for every household, preventing waste looks different.

“It might seem like it’s cheaper to buy food in bulk, but it’s not cheaper if it’s going in the garbage.”

“Think about where any weak spots are and try to plan around that. If you realize you never eat leftovers, you might look at cooking smaller portions, for example,” recommends Gauci, noting that starting small is important for creating long-lasting change. 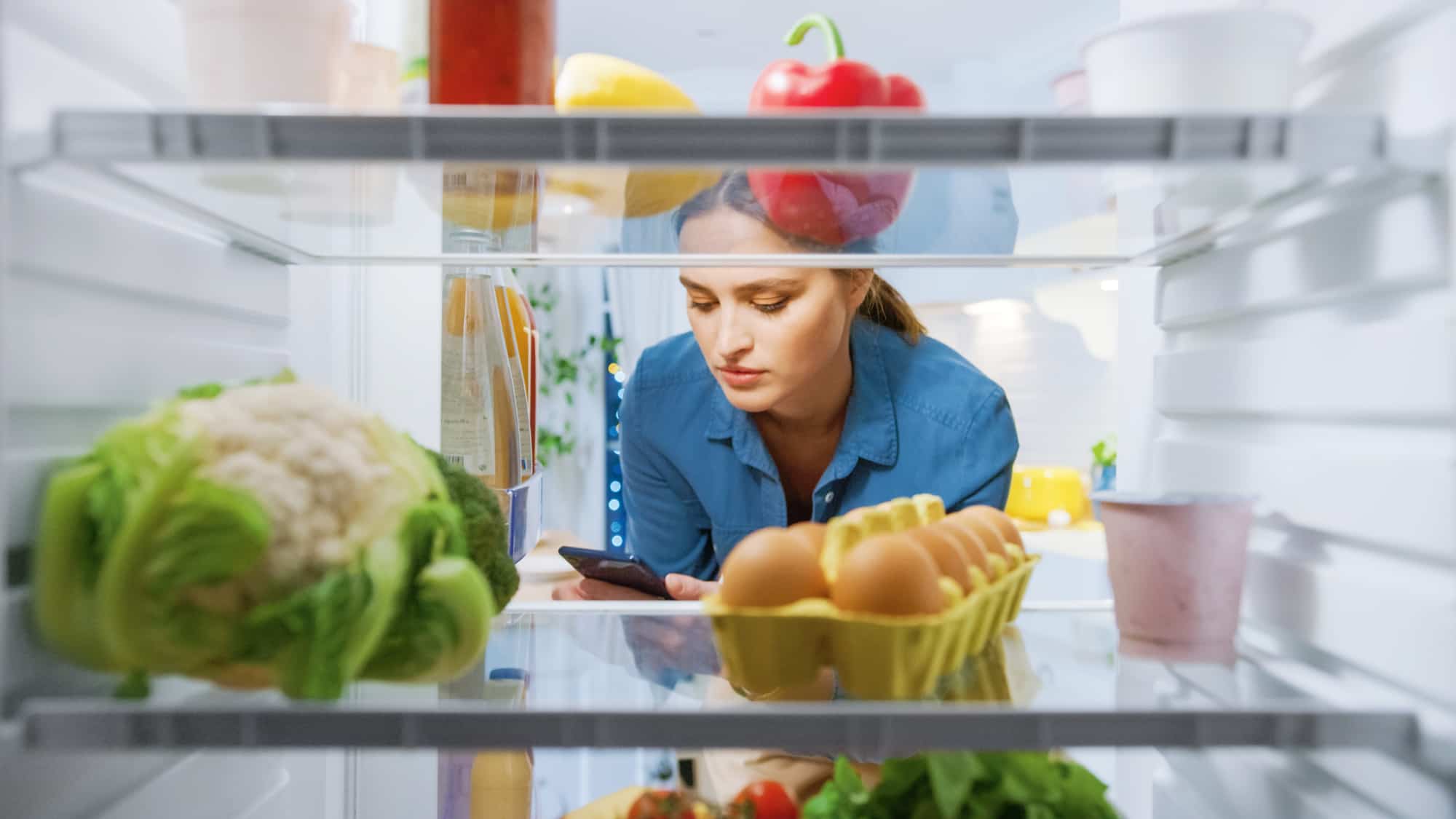 “We often say to just start with one change and build from there,” she adds. At the end of the day, food is a very precious resource and plays an important role in sustaining us. We need to move toward creating equitable and resilient food systems, and preventing food waste is one step in that direction.”

“Before grocery shopping, open your fridge and pantry, make a list and stick to it. Buy what you actually need and
curb those impulse purchases.”

“Education is key. If you’re not sure how to store something, research it so the food lasts longer.”

“If you have cooked meat, use it in stir-fries, pastas or fried rice. There’s always a way to turn one meal into something else.”

“If vegetables are going bad, the easiest thing to make is soup or stock. With wrinkly or soft fruit, my go-to is compote.”

“Employ portion planning tools that can tell you how much of a particular food you should buy and cook per person for a party.”

How to Prevent Food Waste at Home?