Some beliefs that have been around for several generations can waste both time in the garden and money, and the worst part is they may even harm your plants.

Here, we shed light on 10 of the most common myths. 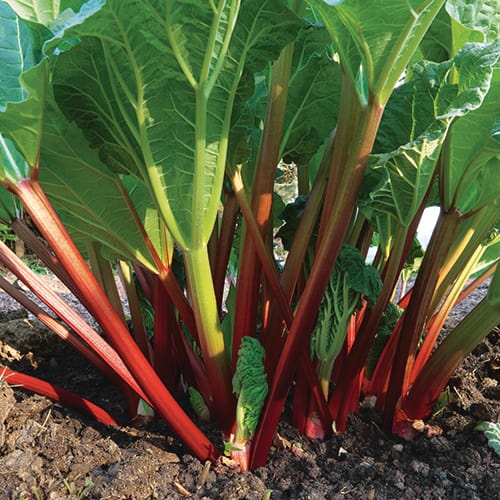 Rhubarb leaves indeed contain toxins—that’s why we only consume the leaf stalk, which has less oxalic acid than the leaf blade. When rhubarb decomposes, the oxalic acid quickly breaks down into water, carbon and oxygen: nothing dangerous there! The finished compost contains no trace of oxalic acid. You can put almost any poisonous leaf in the compost bin, as most natural poisons decompose rapidly. The exception is poison ivy (Toxico­ dendron radicans) and its relatives, because the toxic substance that coats them, urushiol, does not break down readily.

Myth #2: Burying rusty nails at the base of blue hydrangeas and blue spruces will make them bluer. 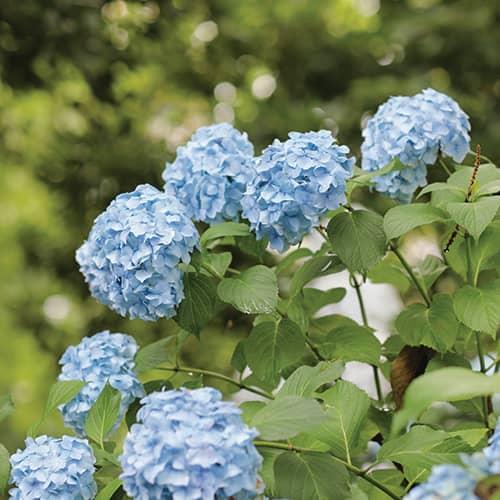 Don’t waste your time trying this one. The iron from rusty nails will in no way change the colour of either plant. Besides, the iron isn’t soluble, so even if the plants needed it—and sometimes plants do—it would have no effect. The bigleaf hydrangea (blue hydrangea) turns pink in alkaline soils. To ensure a clear blue colour, you’ll need to add an acidifying agent to the soil, such as garden sulfur, aluminium sulfate or rhododendron fertilizer. But there’s nothing acidic about rusty nails. As for blue spruce, the only logical way to make one bluer is to simply buy the bluest spruce possible, since the colouring is determined by genetics.

Myth #3: Applying coffee grounds around your plants will keep slugs and insect pests away, acidify and enrich the soil, and can also serve as mulch. 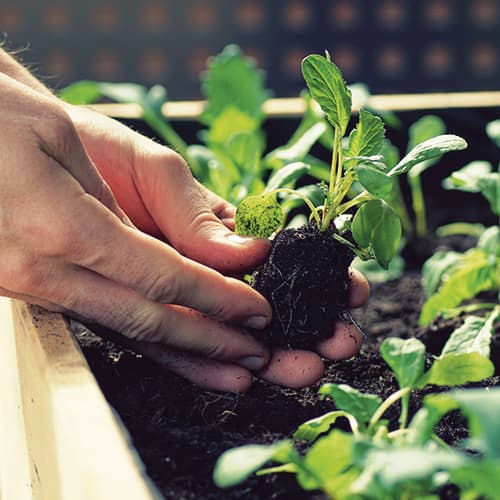 In fact, coffee grounds have no particular beneficial effect. They’re simply a compostable waste product like any other kitchen or garden waste. Coffee grounds don’t repel insects of any kind, let alone slugs, they’re not acidic (by the time they’re fully decomposed, their pH is usually around 6.8—nearly neutral) and they tend to pack down and become too compact to make a good mulch. Plus, the caffeine they contain can even harm certain plants. In theory, coffee grounds can enrich the soil, but only when they’re completely decomposed. As they are decomposing, they actually rob nearby plants of nitrogen. You can apply them in small amounts around your plants without doing too much harm, but the real place for coffee grounds is in the compost bin.

Myth #4: Surrounding a plant with crushed eggshells will help protect it from slugs. 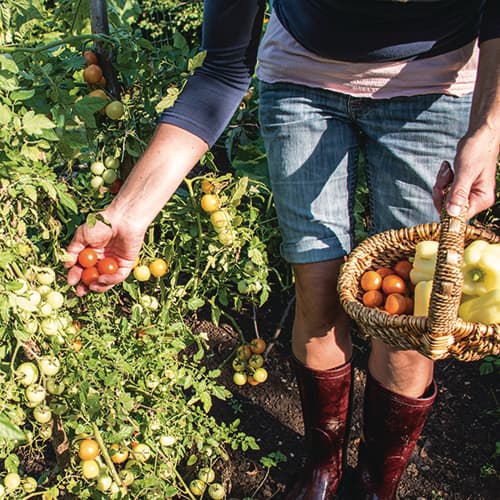 According to this myth, slugs aren’t able to cross a barrier of crushed eggshells because the sharp edges cut into their bodies. Slugs are coated in mucus, which allows them to slide over their surroundings—even extremely sharp surfaces like shards of glass without any difficulty. Worse still, unless the eggshells are thoroughly washed, their odour may actually attract slugs.

Myth #5: To protect plants from slugs, place a bowl of beer in the garden. Attracted by the odour, they'll fall into the beer and drown. 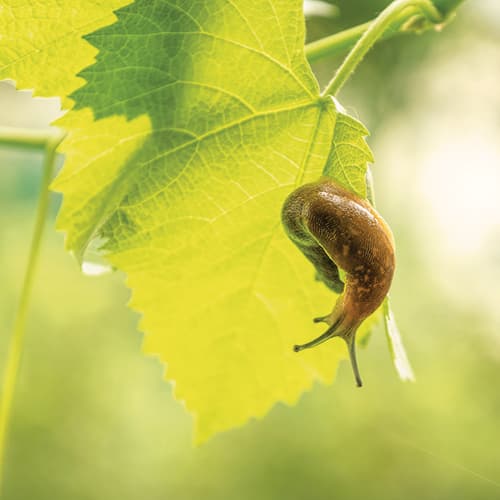 This belief can seem legitimate because, in the early morning, you’ll often find one or two slugs in the bottom of the bowl. During the night, when slugs are active, many will have visited the area, attracted by the smell of malt. However, most don’t fall into the beer; instead, they feed on it, then tend to stay nearby, so the slug population in that area may increase. Nevertheless, you can make this technique work if you place the bowl of beer far from plants you want to protect.

Myth #6: When repotting a plant, putting a drainage layer of pot shards, gravel or clay pebbles at the bottom of the pot will ensure adequate drainage. 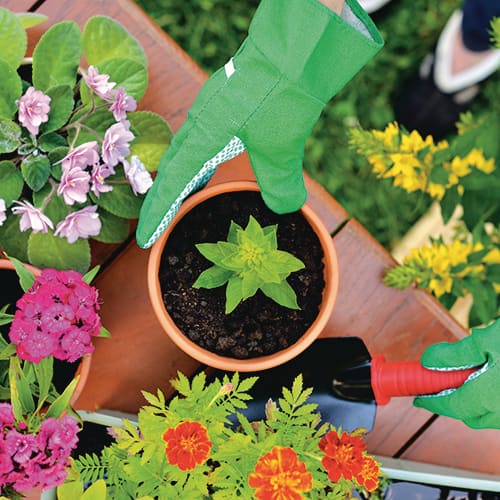 This old belief doesn’t even make much sense. If there are drainage holes in the pot, obviously any excess water will drain away easily. The drainage layer just takes up space that could have been used for root development. What you can put at the bottom of a flowerpot is a fil­ter of some sort: a piece of paper towel, news­ paper or a coffee filter. That way excess water can flow out while the filter keeps the potting soil in place. In a pot without drainage holes, the drainage layer won’t stop water from build­ ing up and moving up the roots by capillary action, leading to rot that will likely be fatal. It’s simply not a good idea to grow a plant in a pot without a drainage hole. 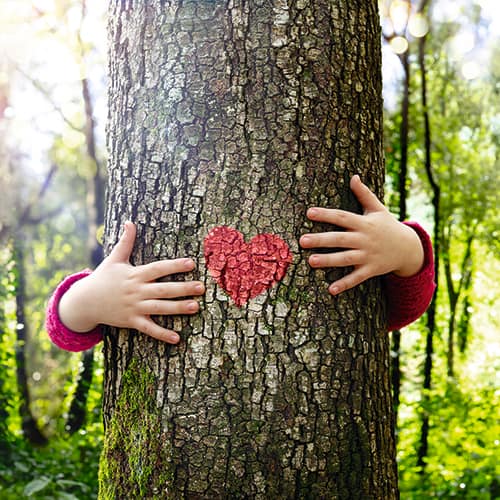 You’ll have no trouble finding these products in garden centres, but they aren’t recom­mended. When you apply a sealant to a tree wound, it cuts off the airflow and creates a humid environment where fungi that cause rot can thrive. In other words, pruning paints and sealants don’t prevent rot, they help cause it.

Myth #8: Watering plants in full sun will cause the droplets of water to cling to the foliage, attracting the sun's rays and burning the leaves. 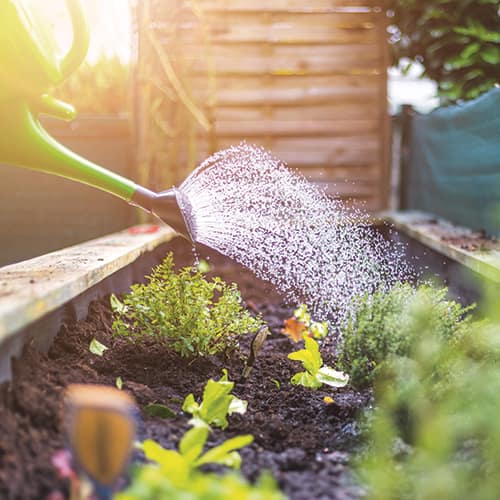 This is the easiest myth to debunk because if water droplets really did set plant leaves alight, there would be fires everywhere after every sun shower! A drop located directly on a leaf will have no damaging effect whatsoever. It’s still not a good idea to water plants when the sun is beating down, but that’s largely because the heat will cause much of the water to evaporate rather than irrigating the plants. Ideally, you want to water early in the morning or, failing that, in the evening, when the sun is less intense.

Myth #9: Applying lime to your lawn will eliminate moss. 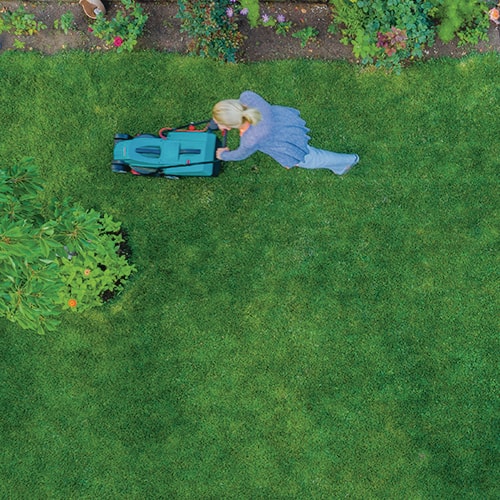 Common knowledge claims that moss only grows on acidic soils. Lime is alkaline, so it renders soil less acid. In reality, though, moss will grow on any type of soil: acidic, neutral or alkaline. If moss is spreading on your lawn, it doesn’t mean the soil is acidic; rather, it tells you that the conditions are simply not suitable for turfgrasses. There are five likely reasons why moss is taking over your lawn: it’s too shady, the soil is too poor, the soil is poorly drained, the soil is heavily compacted and, the least likely, the soil is highly acidic (its pH is less than 5.5). 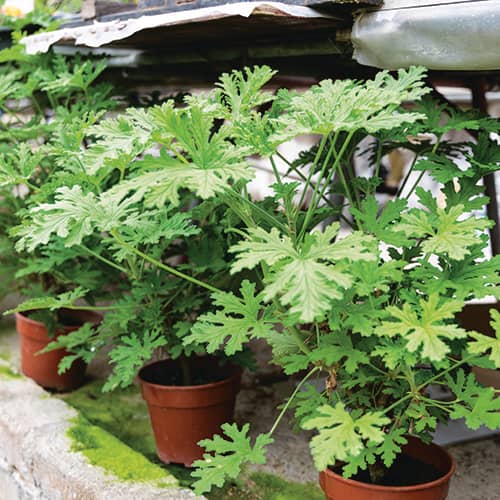 If only it were true! But in fact, plants simply don’t make very good insect repellents. Sure enough, you can rub your skin with a crushed leaf from one of these plants and gain a certain degree of personal protection, but the effect only lasts a short time. Intact leaves have no repellent effect whatsoever, so just placing a so-called “repellent” plant nearby won’t discourage mosquitoes at all...sigh.