Add some spice to your life by cultivating these easy-to-grow herbs
in your summer beds and containers. You can’t beat the flavour of fresh herbs in your favourite foods, and as a bonus, they’ll provide season-long colour and fragrance to your deck or patio. 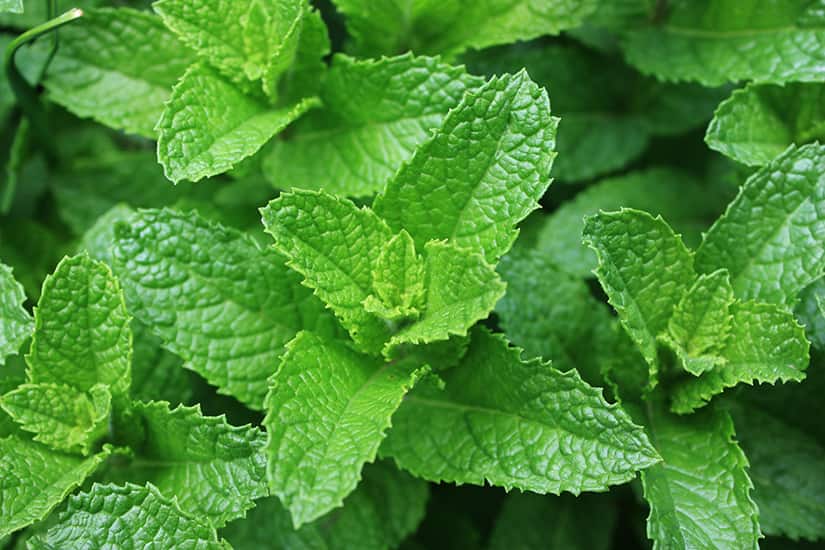 While perennial mints are among the easiest herbs to grow, they can quickly become invasive when planted in open ground, so we recommend growing them in large containers in a sun to part-shade location. Preferring rich, moist soil, container plants should be fed with a half-strength all-purpose fertilizer (such as 24-8-16) every two weeks. Native to Europe, mint grows about 60 centimetres tall with an indefinite spread; regular harvesting will promote new leafy growth, and mature clumps should be divided every three years to maintain vigour. Edible mint flowers (white, pink or lilac) appear in midsummer. 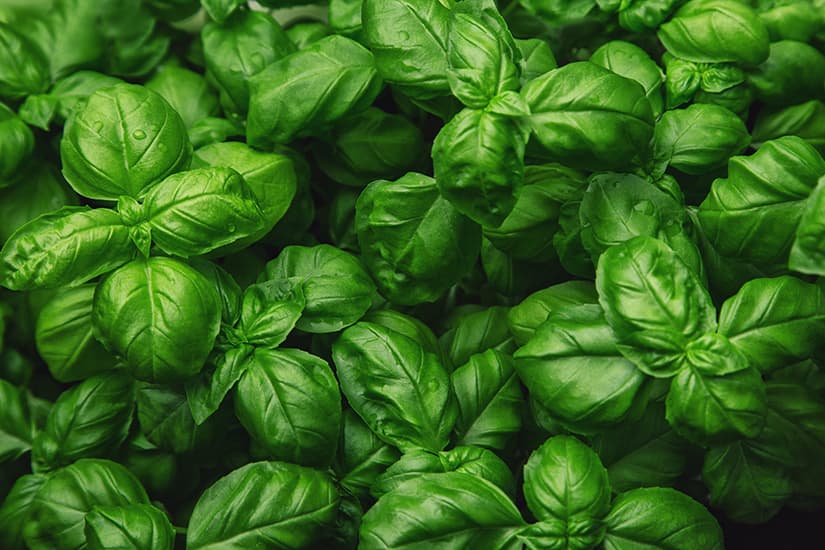 Many of us reach for dried basil more often than any other seasoning, but garden-fresh leaves always possess the sweetest, richest flavour. For optimum growth and tastiness, site plants in a full-sun location in good garden loam or use a soilless container mix in pots. Keep plants well-watered and feed every 10 days with an all-purpose fertilizer at half strength. Native to tropical Asia, basil can be planted outdoors only when all risk of frost has passed. Regular harvesting will promote a tidy, bushy habit, and removing basil’s edible flowers as they appear will encourage nonstop leaf production until frost.

Most annual basil cultivars grow about 30 centimetres tall by 15 centimetres wide: A good choice for warmer zones is green-leaved ‘Medinette’, which is slow to flower (or “bolt”) during prolonged heat waves. Award-winning ‘Dolce Fresca’ is a Genovese type with large leaves, while ‘Gecofure’ (i.e., GEnovese COmpatto FUsarium REsistant) is disease resistant. New for 2019 is large-leaved Amazel (‘UF16-23-2’), which is resistant to late-season downy mildew. Prized for the deep colour they lend to pestos and herbal vinegars are robust ‘Purple Delight’ and Red Genovese (‘Freddy’), the first Genovese basil cultivar to bear purple leaves. 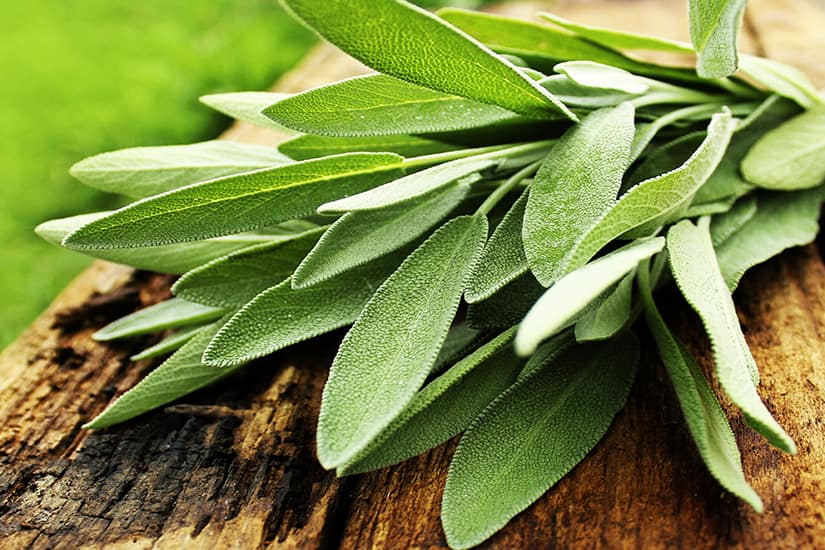 Dried sage often tastes strong, bitter and slightly musty, but fresh sage has a light, aromatic lemony flavour, so it’s well worth growing your own. In pots or beds, drought-tolerant sage performs best in a full-sun location in average garden loam. Hardy to Zone 4 and technically a subshrub, it grows about 60 centimetres tall by 80 centimetres wide. It bears handsome grey-green leaves with a pebbly texture, and in early summer, spikes of edible, honeybee-attracting lilac-blue flowers. Native to the Mediterranean region, sage should be pruned back in early spring to maintain a tidy habit. Over­winter potted plants or tender cultivars in an unheated porch or garage.

In addition to the species type, keep an eye out for ‘Berg­garten’, which produces larger leaves on a compact plant and is ideal for containers. Sage cultivars with colourful foliage include golden sage (‘Aurea’, Zone 7), purple sage (‘Purpurea’, Zone 6) and tricolour sage (‘Tricolor’, Zone 6), which bears grey-green leaves with cream-coloured margins and liberal splashes of purple and pink.

Generally speaking, spices are derived from the bark, seeds, fruits and roots
of plants, while herbs are obtained from the flowers, leaves and stems.