Wally Daudrich, owner of Lazy Bear Expeditions, shares his favourite things to do in Churchhill and what he loves most about living in Manitoba.

"What is it that makes Churchill such an attraction?" asks Wally Daudrich. "The wildlife, of course. But also that Churchill River was one of the first places to be explored by non-Indigenous communities in 1619." It's that pristine wilderness with a 400-year-old backstory that has kept Wally in Churchill for 37 years. In 1980, when he was just 17, Wally packed his bags for northern Manitoba, where he had all the skills to make it in the budding tourism industry: the ability to hunt, cross-country ski long distances and repair equipment should it break down. It was an unusual choice for a teenager, but Wally craved the adventure and freedom.

By 1995, he'd worked many long hours and came to realize Churchill's need for dining space. Not one to shy away from a challenge, Wally and his wife, Dawn, became entrepreneurs. He cut and hauled hundreds of fi re-killed trees to build a log structure and Dawn even insulated the floors when she was nine months pregnant. After a few years, they expanded to create lodging and began offering excursions.

It's a life that they now share with their five children, who are all learning the family business and an appreciation for the great outdoors. "We're great stewards here in Manitoba. We take good care of the treasure we have." 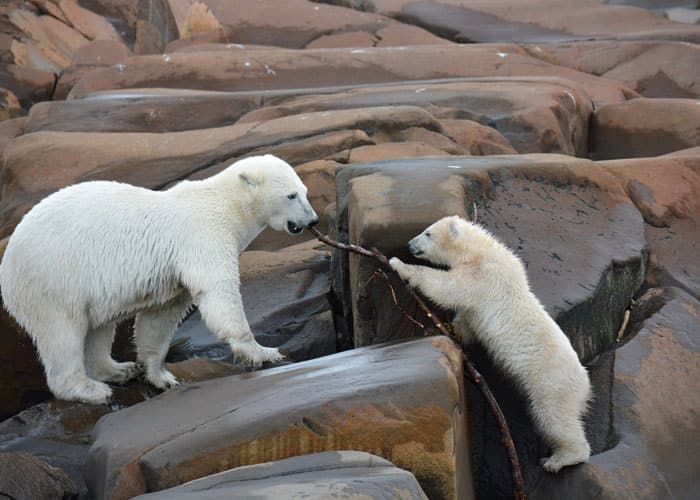 Wally's picks
"Growing up, I still remember my dad taking us to the Manitoba Stampede and Exhibition in Morris, the Northwest Roundup Rodeo and Exhibition in Swan River and the Corn and Apple Festival in Morden."

For more great stories from Manitobans like Wally, visit our special guide: Our Manitoba.

From Manitoba with love: Wally Daudrich