When we read this debut novel, we were riveted by the heartbreaking depictions of young Canadian women who were placed in postwar homes for unwed mothers and compelled to give up their babies for adoption, or opted instead for backstreet abortions. To learn more about this period in our history, we spoke with the book’s author, Heather Marshall, whose sensitive fictional take on these real-life events illuminates the power of women, and of motherhood.

Canadian Living (CL): Looking for Jane links two parts of our history—the real-life underground networks organizing safe abortions before they were legal, and the maternity homes set up after the Second World War, where unwed mothers were placed to wait out their pregnancies and then give up their babies for adoption. The novel is told through three main characters: Evelyn, who, in 1961, stays in one of the homes and subsequently becomes one of the doctors working with the abortion collective (the Jane network); Nancy, who becomes pregnant as a teenager in 1981 and decides to seek an abortion, then later works with Evelyn in the Jane network; and Angela, who finds a misdirected letter in 2017 and sets into motion a chain of events that changes all the women’s lives. Heather, these are some big topics to tackle in any novel, let alone a debut, no?

Heather Marshall (HM): They are. When I started thinking about this book, I thought it was about abortion, and then while I was writing I considered it more and I thought, “No, this is about motherhood.” The book covers pretty expansive territory, and abortion is definitely one facet of the story and propels the plot in a big way, but ultimately Looking for Jane is about motherhood and choices—wanting to be a mother and not wanting to be a mother and all kinds of grey areas in between. That was what I wanted to explore. Choices around motherhood are not black and white; it’s a massive decision one way or the other, whether you choose to have children or not, whether you want to have them and can’t, or don’t want to have them and end up pregnant. Looking for Jane is about a lot of huge questions in women’s lives.

CL: How did the book come about, and why do you think this story is important to tell?

HM: For a while it was two stories I’d been working on in my head—one on the Canadian maternity homes and the other about the legalization of abortion—and then I realized that they were actually two sides of the same coin, which is the ongoing fight for women to have agency over their own bodies. The story dropped into my head almost fully formed, and I wrote it, well, because I believe it needed to be written. I hope this novel can help to shine a bit of light into the dark space surrounding the history of reproductive rights in Canada and, in doing so, start some conversations.

CL: What does the title mean?

HM: Looking for Jane refers to a composite of underground abortion networks that worked to give women a safe option before abortion was legal. In my research, I found a reference to an organization with the unofficial nickname Jane that operated in Chicago, and the idea grew from there. In the novel, Nancy is told that if she ever needs a safe abortion, she should call around to doctors’ offices and ask for Jane. Eventually she’ll find someone who works with the network.

CL: The women’s experiences at the maternity homes are harrowing, from being cut off from their families to giving birth in basically a hospital closet to having to return to the home to work as cleaners and then being told to forget the whole thing ever happened! There was such shame and abuse.

HM: Exactly. Many of the homes were run by religious organizations and sort of subsidized by the government, and those conditions were pretty standard as far as I found. I gave my characters a reasonably sympathetic nurse in the book, but I read horrible accounts of nurses being despicably mean to these girls. It’s just horrendous, frankly. I scaled back some of the awful things I read about, but the firsthand accounts contain terrible stories about the treatment of these young women. Even after giving birth, they were expected to work as, essentially, cleaners and cooks to ‘pay off their stay’ for a subsequent three months. Statistics Canada notes that between 1945 and 1971, almost 600,000 babies were born to unmarried mothers, their births recorded as ‘illegitimate.’ One researcher estimated that more than 300,000 mothers in Canada were forced or coerced into surrendering their babies for adoption within this system. 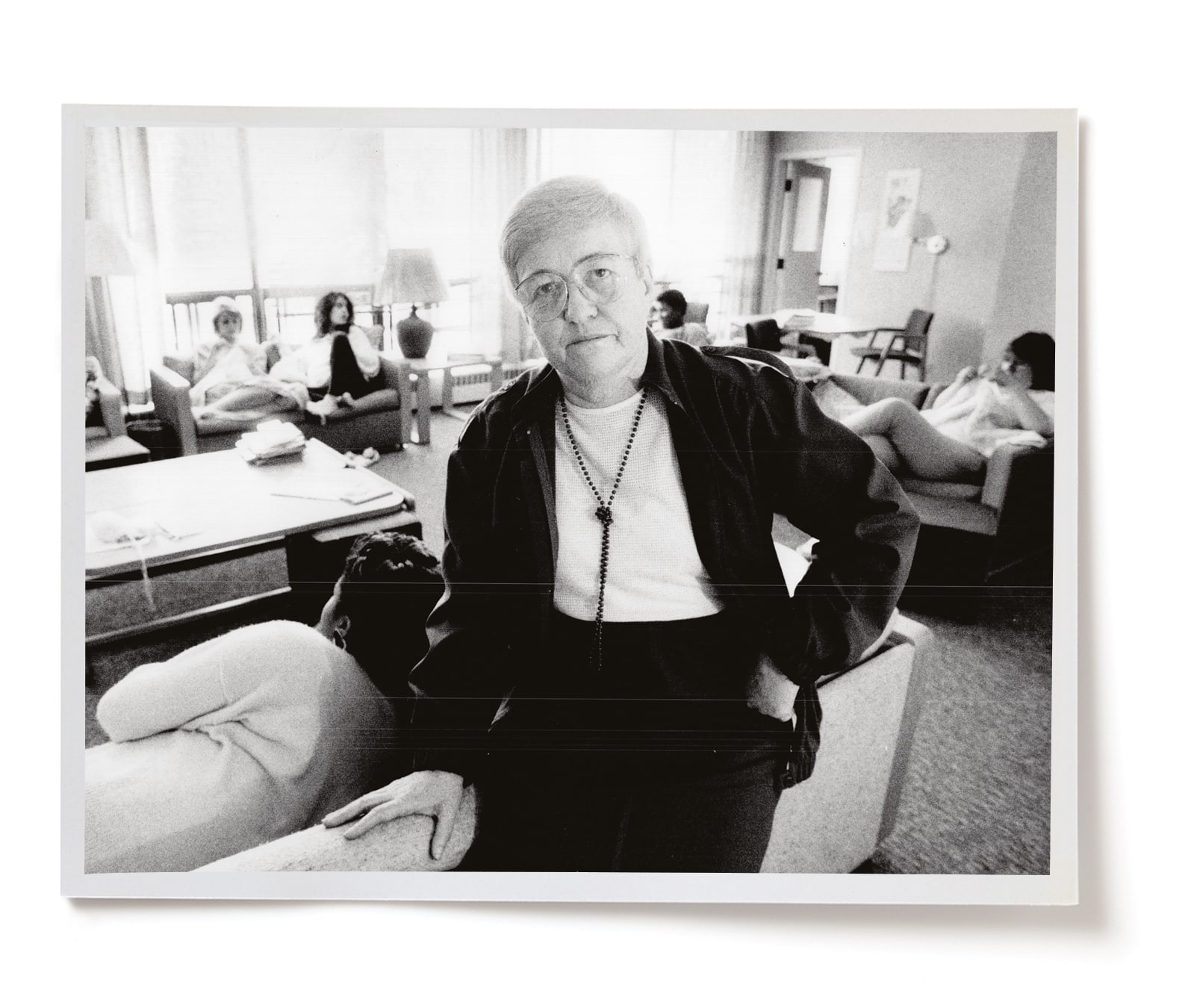 A scene from Rosalie Hall, one of Canada’s homes for unwed mothers.

CL: So was it the federal or provincial government that was responsible for these homes?

HM: The program fell under social programming, and generally social programs are administered by provinces but with federal funding in the form of transfer payments. It was around the 1960s that the federal government started to commit funds to establish some­thing called the Canada Assistance Plan, and that was to help provincial social assistance programs that included these maternity homes. So the federal government paid the provinces, who then sort of outsourced the program to (mostly) churches to administer.

CL: You’ve said that you never learned about Canada’s maternity home system in school, and I’m sure many people will say the same. Is there a lot of information out there about these homes?

HM: I think even in the past couple of years there’s more than there was when I started writing Looking for Jane. It was all so secretive for so many years, with so much stigma attached. I stumbled across a newspaper article that exposed this issue and noted that some of the women who were affected by the adop­tions from homes for unwed mothers were starting
to assemble through an organization called Origins Canada. They were pushing the government to review the system, and that led me down a rabbit hole to other news articles. When I started doing more academic research, I found firsthand accounts of women who stayed in those homes. Those accounts inspired my characters.

The federal government undertook a study of the postwar maternity home system and the women’s claims of trauma when they were approached by Origins Canada, and in 2018 the Standing Senate Committee on Social Affairs, Science and Technology put forth a recommendation to the Government of Canada that it should publicly acknowledge that the program took place, and issue a formal apology within one year to the women and children who were traumatized by the system and the forced adoption mandate. We’re four years out from that now and it’s long overdue. Once I started Looking for Jane I felt an incredible responsibility to tell these women’s stories as accurately as I could, and I made a very deliberate decision not to exaggerate or minimize the trauma that they endured. I would really like to see these women get their formal apology, and feel quite motivated to help. I hope this book will give that cause some attention. 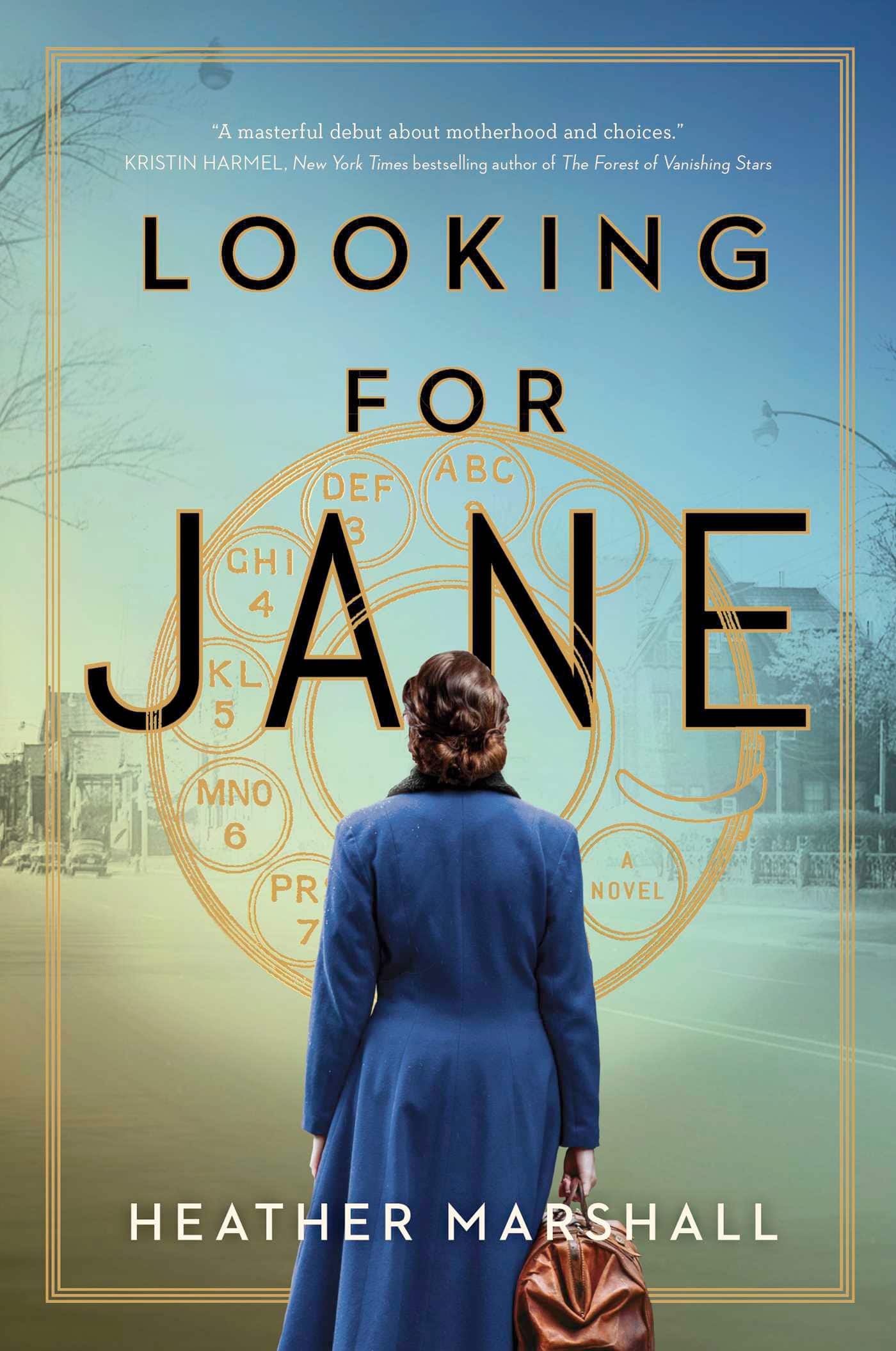 Looking for Jane (Simon & Schuster Canada) by Heather Marshall, $25, is on sale now.

CL: You wrote some evocative scenes about the fight for women’s rights in the ’70s and ’80s, including a descrip-tion of the 1970 Abortion Caravan in Ottawa and a fictional meeting between Dr. Henry Morgentaler and Evelyn. They had such realistic flavour.

HM: Yes! I was able to connect with Judy Rebick, an amazing activist and author, and she filled me in on a lot of the colour and the behind-the-scenes happenings that I wasn’t getting from the reading I was doing.
I highly recommend her book, Ten Thousand Roses, which is sort of a compilation of firsthand accounts
of women who participated in the women’s liberation movement—it’s really inspiring.

CL: You were pregnant while working on Looking for Jane, and your son is just turning one. When you started writing, which character did you most identify with, and now that you’re a mom has that perspective changed?

HM: There’s a part of me that really loves Paula, who’s a ferocious activist in the book—I can relate to her very intense feelings about reproductive choice and access. I definitely wrote some of myself into her character. Also, the scene with Angela and Tina in the bathroom when they see the positive pregnancy test, that came from my experience of ‘Oh my gosh, we’ve been waiting for this,’ so in that respect I identify closely with Angela. She’s also the character that feels very emotionally compelled to get to the bottom of this mystery with the letter and sort of stick her nose in—I can see myself doing that! I think if I found a
letter like the one in the book I would do everything I could to try to find the intended recipient.

The toughest scene for me was the one in which Evelyn says goodbye to her baby. We were editing that one when my son was about three weeks old, so I was on this hormonal trip in the postpartum phase and I was sitting in front of my desk holding him and just sobbing. I’d hoped I nailed it when I wrote it but I wasn’t pregnant then, and after giving birth that scene just hit very, very differently.

CL: I love that Looking for Jane concerns all these complicated life circumstances for each character, but there’s no hint of judgement about any of the women’s choices.

HM: Through writing Looking for Jane and my own experience, I’m aware now more than ever why the issue of abortion is so deeply emotional and how it causes such profound, passionate feelings on both sides. But I’m still so grateful that I live in a country where it’s my legal right to make the choice to remain pregnant—or not—because our courts have determined that my body, and everything that’s happening inside it, belongs only to me. 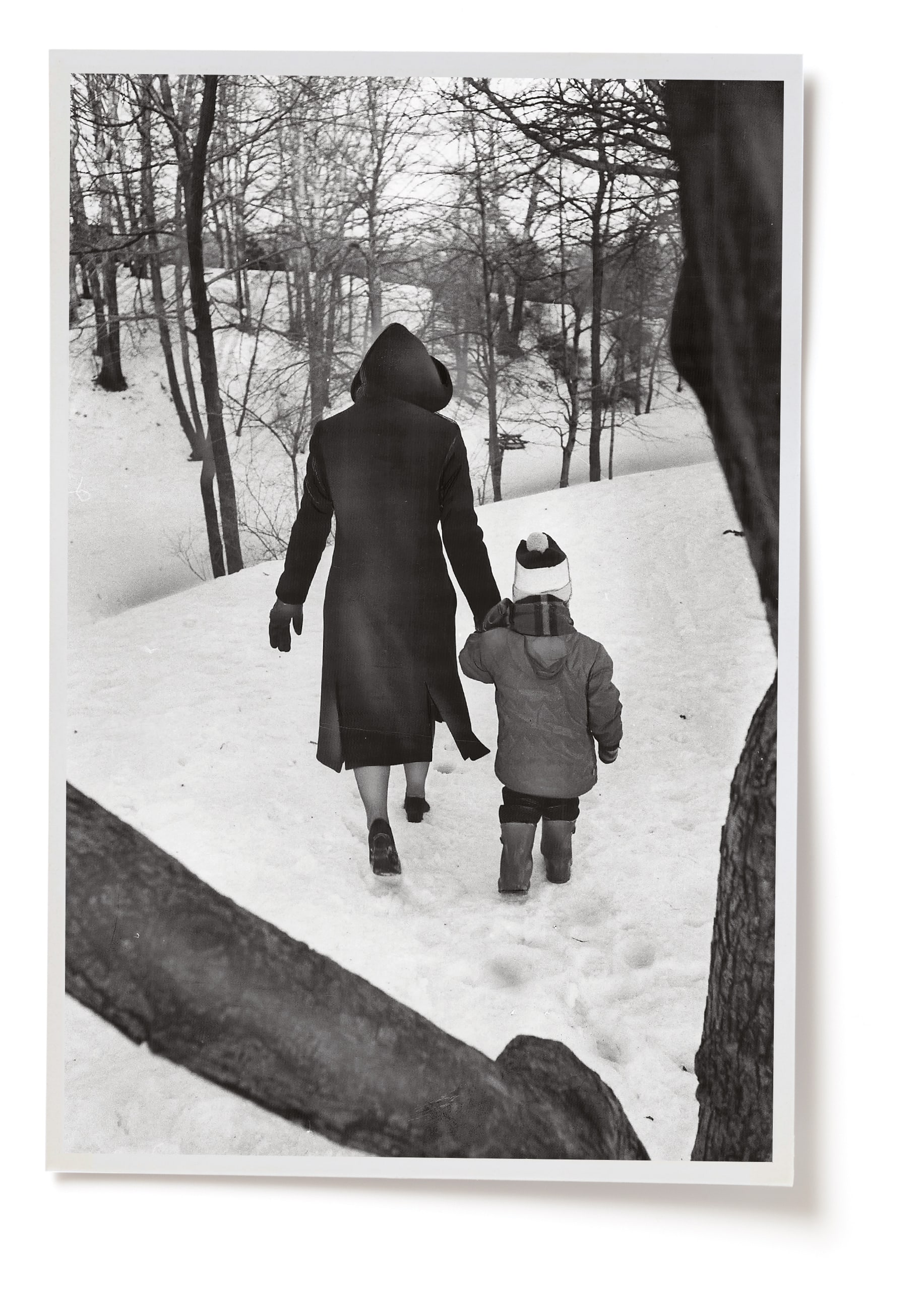 CL: So given all that, what do you think is a key conversation a mother should have with her kids?

HM: There are so many ‘direct parenting’ conversations about being good people and being true to themselves, and making sure they know that I’m a safe harbour at all times. But in terms of life advice, I think, you know, you’re never sure when you’re going to run out of time with your parents, so I like the idea of telling my child that if there’s anything they ever want to know about me and my past, they can ask.