Jesmyn Ward first starting thinking about Jojo, the main character in Sing, Unburied, Sing after she finished her award-winning novel Salvage the Bones. His character came to her suddenly, and telling his story became a must. This novel about a mixed race thirteen-year-old who lives in modern-day Mississippi and is largely raised by his Grandparents, Mam and Pop, is more than just a coming-of-age tale. It’s also a road novel, as Jojo, his young sister Kayla and their drug-addicted mother, Leonie, pick up his father from prison. Surprisingly, it’s ghost story too. The spirit of Leonie’s brother comes to her, and Jojo’s grandparents have their own ghosts (both literal and metaphorical) to deal with.

We spoke to Ward about ghost stories and Jojo's resilience. 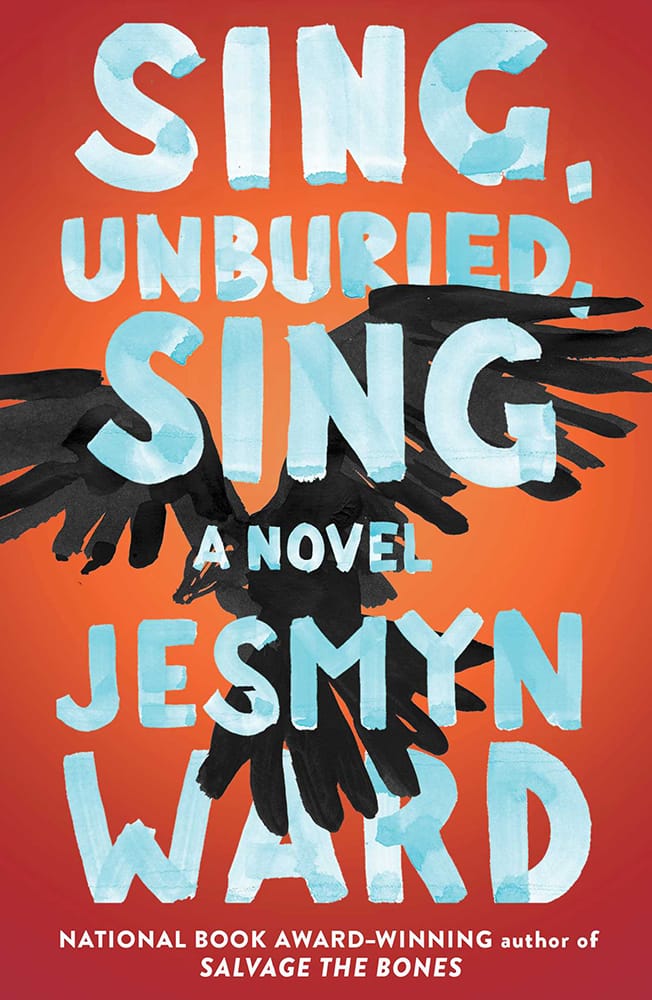 How did this story come to you?

My inspiration arrives with my characters, and this character, this 13-year-old, mixed race kid popped into my head—that was Jojo. And I thought it would be interesting to explore what it would be like for this mixed-race kid to grow up in the modern south. And that was the seed of the idea. But I had several false starts. Even though his voice was very clear to me, I couldn’t figure out who his Mom was. It took some trial and error to figure out who the other important characters were, but once I had Jojo and his Mom, Leonie, I was able to write the book.

You told the story from several points of view—including the point of view of a ghost—what was it like incorporating that voice?

Well, all the characters I’ve written about in the first person perspective have been alive. But I had a lot of fun with Richie’s (the ghost’s) perspective. He has one foot in the real world and another in this spiritual realm. The spiritual realm could be whatever I wanted it to be—whatever he sees.

In a lot of ways this book is a road novel with the journey to Parchment Prison. Was that always the intention?

When I first began writing the novel, I thought it was going to be a road novel. I didn’t realize that there would be a ghostly element to it and that it would become a cross between a road novel and a ghost story. In the beginning I just thought I’m going to follow this family on a journey. I began to think about stories like The Odyssey where these characters are searching, traveling and trying to return home. My characters are trying to find sort of a figurative home—a place of safety and comfort.

I got the sense too that Jojo was a bit of an old soul—did he need to grow quickly because of his family life, or was he just wise beyond his years?

I like to think that he is an old soul. It’s a combination of the two, right? I mean the fact that he has this wisdom and understanding even though he’s really young. But he’s also cultivated this nurturing instinct to take care of his younger sister because of his situation.

Some of the living characters have a connection to that spiritual realm as well. Why could Leonie only access it when she was high?

The family seems to have all of these very strong connections—especially with the addition of these supernatural connections—but in a lot of ways there’s a lot of distance and not that much communication.

There’s a lot of connection that happens in absence of conversation. I think the connection expresses itself in the ways that they care for each other. That caring and connection doesn’t happen in conversation, you know—they just don’t sit around telling each other how much they love each other.