Canada is proud to be hosting the 2015 Pan Am Games in Toronto, but that's not all we have to be proud of: There will be tons of incredible Canadians competing against international athletes and we can't wait to cheer them all on! (You can search for our athletes by country and event here.)

Not sure where to begin? We've highlighted 10 of Canada's best and brightest stars who will be competing at the Games. 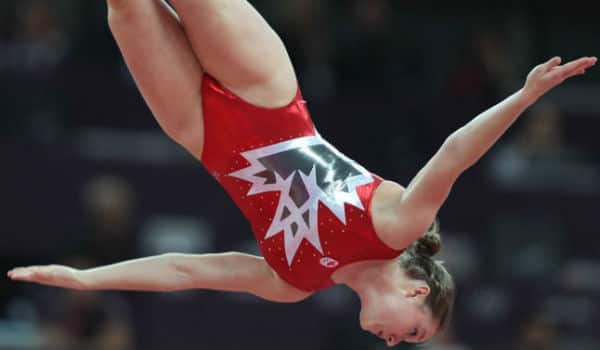 1. Rosie MacLennan
Trampoline
We're bouncing with excitement to watch this superstar trampolinist in action at Toronto's Pan Am Games. Rosie has been racking up medals since her silver at the 2007 Pan Am Games, and she wowed the world when she won gold at the 2012 Olympic Games in London. There's nothing quite like watching her launch her body into the air as she flips and twirls with grace and poise. 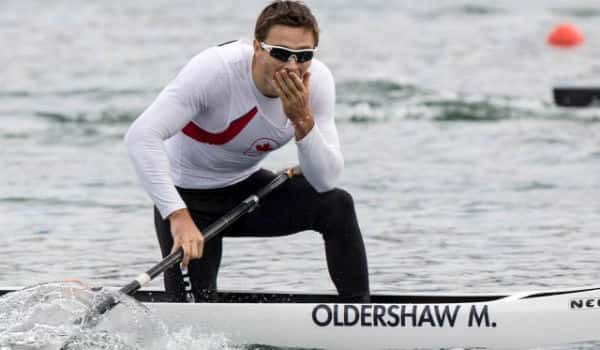 2. Mark Oldershaw
Canoeing
It wouldn't be a Canadian sporting event without a canoe, and Mark is the one to watch when it comes to this event. A third-generation Olympian and proclaimed "proud Canadian" on Twitter, Mark is coming to the Games with a strong record. He's kicking the Games off as a flag bearer and we hope to see more of him on the podium. 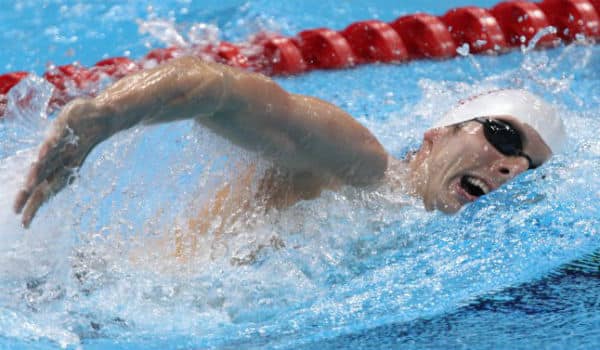 3. Ryan Cochrane
Swimming
The Victoria-born Ryan Cochrane holds Canadian records in 400-metre, 800-metre and 1,500-metre freestyle. This swimmer was born to be a winner. He began the sport at an early age with his twin brother, and he went on to win two Olympic medals. In fact, he even has the Olympic rings tattooed on his shoulder. 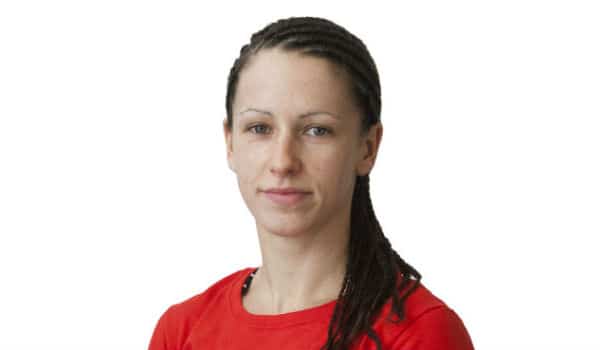 4. Mandy Bujold
Boxing
Mandy is no stranger to the Pan Am Games. She won gold in 2011—the first year women's boxing was included. She's incredibly strong and fearless to boot. Not only is she a great female role model; her fierce style might inspire you to take up the sport (or at least a little cardio kickboxing). 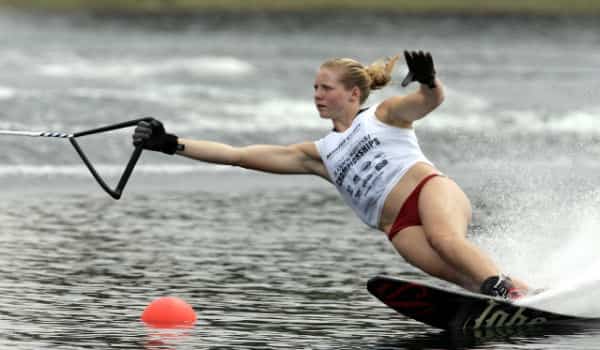 5. Whitney McClintock
Waterskiing
Whitney is a third-generation water skier from Cambridge, Ont., who, at 25, has won five world championships and seven Pan Am medals. Her parents run McClintock's Waterski School, so she and her brother (and fellow competitor), Jason, were practically raised on waterskis. Watch her do a mobius flip—a 360-degree backwards flip—then keep zooming along like a champ. 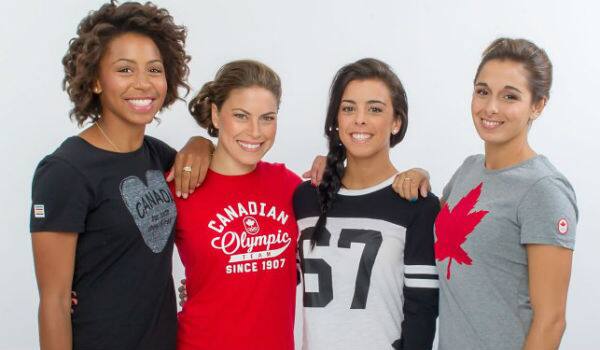 6. The Fab IV (Meaghan Benfeito, Roseline Filion, Pamela Ware & Jennifer Abel)
Diving
Competitive divers gracefully flip and plunge themselves into the water in complete synchronicity—and these women do it fabulously. All four of them (they are two sets of diving partners) are hugely accomplished divers from Quebec who have earned their nickname, Fab IV, from their incredible collection of victories. We think they're unstoppable, and we spoke to them to learn their secrets for success. 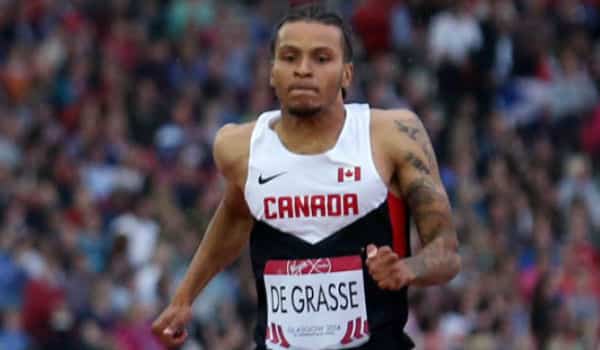 7. Andre De Grasse
Track and field
Andre might just be faster than the wind. More than once this year already, he's run 100 metres in less than 10 seconds, an incredible feat. As if that's not enough, he's also broken a 200-metre record in Canada. Can't wait to see what he does next? Watch closely or you just might miss him. 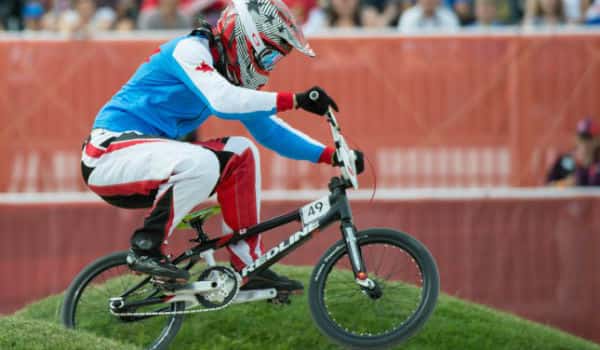 8. Tory Nyhaug
BMX
For sports fans who like things a little more extreme, BMX is a can't-miss event. Tory started BMX at age four—well before most of us were on two-wheelers—and he's so hard-core that he went to the London Olympics fewer than three months after having his ruptured spleen removed. You'll be holding your breath as he soars over ramps and whips around bends at 60-kilometres an hour. 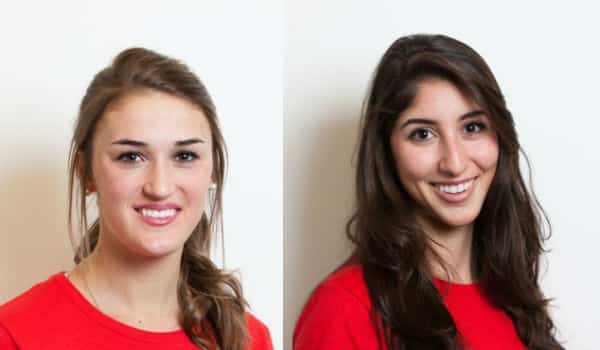 9. Taylor Pischke & Melissa Humana-Paredes
Beach Volleyball
The summertime favourite, beach volleyball, is another must-see event. Partners Taylor and Melissa will be representing Canada after last season's incredible debut together, where they won a championship and came in fifth at the FIVB World Tour Grand Slam. They might be just 22 years old, but they've got Olympian blood (Taylor's father was an Olympic athlete and Melissa's dad was a coach) and a lot of drive to go with it. 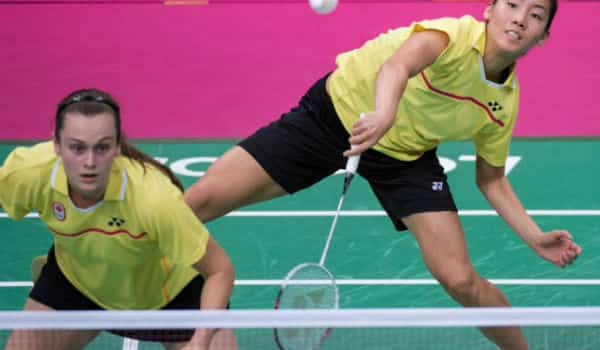 10. Michelle Li
Badminton
The Official Canadian Olympic Team refers to Michelle as "the most successful Canadian female badminton player ever." Meanwhile, she continues to reach higher, calling herself an "aspiring Olympic gold medallist." She has won gold before—at the 2011 Pan Am Games—but came fourth, just shy of a medal, at the London Olympics. Her current world ranking is 11, but we have a feeling she's just going to get better and better.

Want more to get you in the spirit of the Games? Check out these eight inspiring quotes from Team Canada.

10 Canadian athletes to watch at Toronto's Pan Am Games