Share
Taste of Toronto
Where: Toronto, Ont.
When: July 2-5, 2015
Why you need to go: Gather at Fort York for the second annual Taste of Toronto, the best place for Toronto's hottest chefs to show off their culinary talents. With festivities continuing over four days, this event is all about trying new foods. Participate in guided tastings, shop at the vendor marketplace or take a masterclass. For tickets, visit tasteoftoronto.com.

Canada Day Kitchen Party
Where: Halifax, N.S.
When: July 1, 2015
Why you need to go: Celebrate our nation's birthday at the Canada Day Kitchen Party, hosted by The Halifax Seaport Farmers' Market! Partygoers can sample delectable local products from a selection of vendors, take a horse carriage ride and listen to live music all day. For the kids, there's face painting, a petting farm and lots more keep them entertained. Plus, there's a pig roast from Getaway Farm butcher shop! For more info, visit halifaxfarmersmarket.com/canada-day-kitchen-party.

Taste of Saskatchewan
Where: Saskatoon, Sask.
When: July 14-19, 2015
Why you need to go: Dubbed Saskatoon's "flavourite" event, this six-day event held in Kiwanis Park features more than 30 of Saskatoon's top restaurants. Participating eateries prepare their best dishes for tasting—you won't go hungry here. No matter if it's an appetizer, entrée or dessert, it's going to taste amazing. The festival also hits the right note with free live music from 55 Saskatchewan bands. tasteofsaskatchewan.ca. 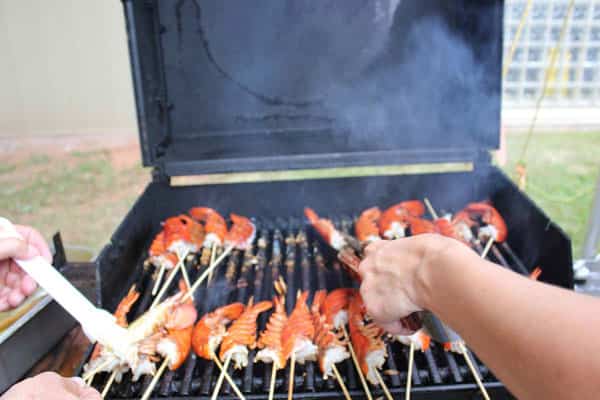 Photo courtesy of Irene Phillips
Grilled lobster tails are waiting for you at Lobster at the Point in Tignish, P.E.I.

Lobster at the Point
Where: Tignish, P.E.I.
When: July 11, 2015
Why you need to go: Yes, Lobster at the Point is all about lunching on fresh maritime lobster, but this event also offers an education on the local fishery business in P.E.I. There are fun activities for the kids, including a lobster race and buoy decorating, and for adults, look out for the seafood chowder contest, the fisherman's challenge (a skills-based competition) and more. The day finishes with an outdoor dance with music by local band, Rock Bottom. For more information, visit lobsteratthepoint.com.

Taste: Victoria's Festival of Food and Wine
Where: Victoria, B.C.
When: July 16-19, 2015
Why you need to go: Victoria's Food and Wine festival showcases the very best of locally grown foods and wines. From 30 B.C.-based wineries, including Jackson-Triggs, Sandhill Wine and Therapy Vineyards, find countless wines to taste. And on the culinary front, a host of B.C.'s top chefs prepare delicious dishes, all from local restaurants. Participate in interactive tasting sessions, attend the Swine and the Vine event or sip sparkling wine while you listen to great jazz—the options are endless! For tickets, visit victoriataste.com.

Milton Rib Fest
Where: Milton, Ont.
When: August 21-23, 2015
Why you need to go: The Milton Rib Fest, six years strong, is the place to be for messy, mouthwatering, delicious ribs. Seven rib houses set up at Milton Fairgrounds, including Crabby's BBQ Shack, Boss Hog's and Silver Bullet BBQ, among others. If ribs weren't enough, there's a Kids Zone, a vendors fair and live music all weekend. Don't forget to stop at the beer tent. For tickets, visit miltonribfest.ca. 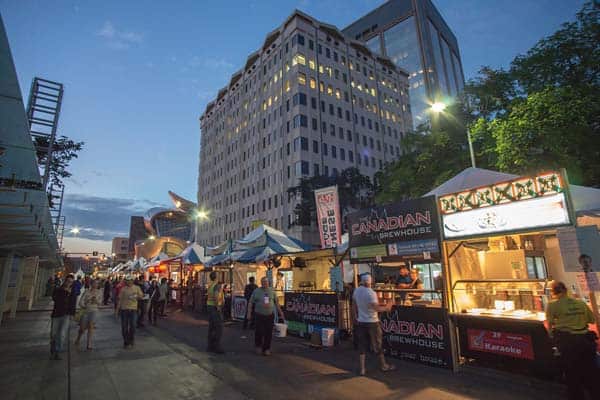 Taste of Edmonton
Where: Edmonton, Alta.
When: July 16-25, 2015
Why you need to go: This foodie fest brings Edmontonians to to Churchill Square to sample the city's top-notch restaurant dishes. The brand-new Sip 'n Savour venue will also host culinary workshops during the day and pop-up taste tests in the evening. And out on the patio, look out for the plethora of good eats and drinks to try. Live music from Revenge of the Trees, Matt Blais, and The Glorious Sons, among others, will be the soundtrack to this tasty event. For tickets, visit tasteofedm.ca.

Kingston Steer BBQ
Where: Kingston, N.S.
When: July 10-11, 2015
Why you need to go: Home to North America's longest running steer barbecue, the annual cookout has all the beef dinners, burgers, hotdogs and fries you can handle. But beyond the tasty meat to eat, there's plenty to do to keep the whole family busy: Register for the five-kilometre fun-run, check out the beer garden or face-off in the three-on-three basketball tournament. And don't miss the fireworks, live music and Atlantic Canada's Strongest Man Competition. For information, visit kingstonnovascotia.ca/steerbbq.htm. 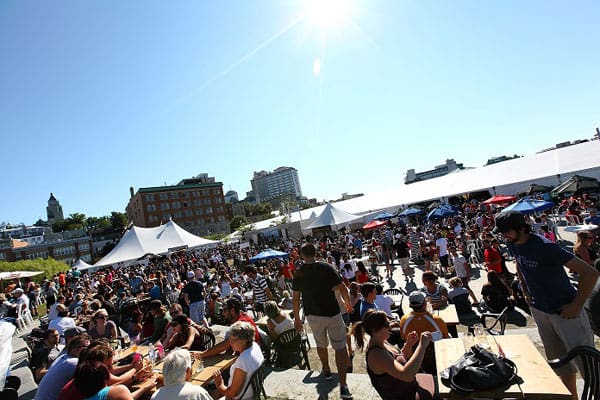 Festibière De Québec
Where: Quebec City, Que.
When: August 13-15, 2015
Why you need to go: If you're a beer enthusiast, this Quebec City festival is for you. With more than 70 breweries, microbreweries and cider houses participating, you'll have trouble deciding what beverage you want to try next! The fest, now in it's sixth year, also features culinary and brewing conferences, live music and food from 15 local restaurants. For tickets, visit festibieredequebec.com.

Morden Corn and Apple Festival
Where: Morden, Man.
When: August 21-23, 2015
Why you need to go: Time for corn on the cob and apple cider in the heart of Morden, Man.! Morden was designated the corn and apple belt in 1925, so good food and drink are givens, but how about fossil digs, bingo, a parade and live music shows? And let's not forget the pancake breakfast and the elk barbecue! For information, visit cornandapple.com.

10 Canadian food festivals to go to this summer