Toronto-based poet and author Dionne Brand is known for her critically acclaimed novels and books of poetry. A professor at the University of Guelph, she talks about handwriting, her advice for authors and her ultimate book list.

On handwriting her manuscripts
"I'm kind of old school. That's how I learned to write, so that's how I write. Then, I find someone who understands my writing to type it up. It's a dead art.

On her mantra
"In Pablo Neruda's Nobel speech, there's a line that I sometimes put in my email signature: 'There is no insurmountable solitude.' We are connected as human beings. No life is particularly cut off."

On her favourite destination
"A few years ago, I went to the Atacama Desert in northern Chile with two friends. We landed in Calama and took a taxi to San Pedro de Atacama. What struck me about that road was the silence; utter silence is not something we know about, so, as a poet, I really liked the sound of that." 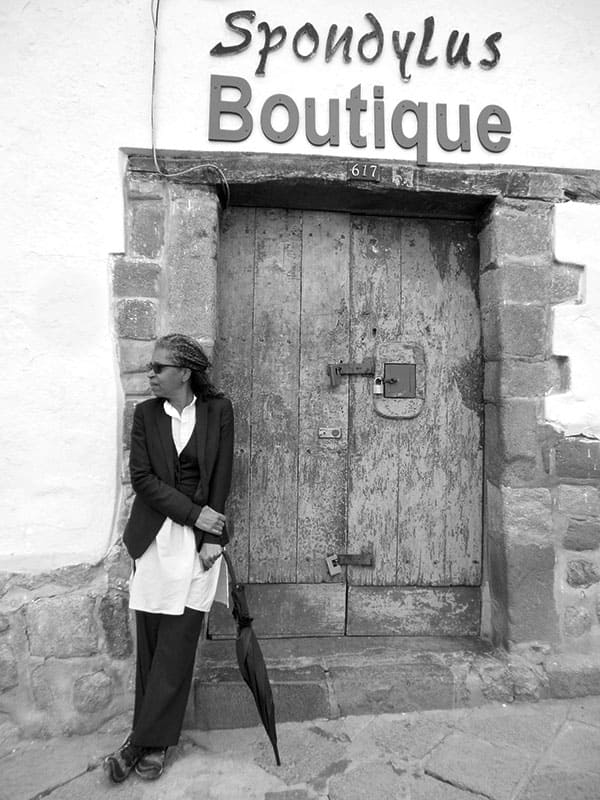 On advice to writers
"Read widely. So much has been written, and there are so many wonderful writers. What is the library you're working with, and what do you have to add? Then, step out of the boxes of conformity that have been laid down for you."

On protesting
"The young people who take to the streets saying, 'Black Lives Matter' or 'Idle No More' are in the fight for the world we all want to inhabit—one without racism, without sexism, without homophobia. I look at them and think, Wow, you go."

On her next project
"I'm working on an ars poetica, a work on writing. It takes the form of an argument between someone called the author and someone called the clerk who keeps all of the author's discarded notes. It's this three-headed thing—a hybrid of prose, poetry and essay."

On dealing with race and gender inequality
"The weight these issues bring to bear on people's lives is heavy, but thinking them through isn't heavy. In fact, it lightens them. If we can think our way into a different and better world, isn't that a marvellous thing?"

Author Dionne Brand on dealing with race and gender inequality