Share
Candy Meister
Purveyor of all-natural, non-GMO, corn syrup–free, German-made candy, which operates from a refurbished delivery van.
Look for it in: Vancouver, from May to mid-October
Perks of mobility: "Second Beach in Stanley Park is by far our favourite spot. But we also work at music festivals, community events and other festivities," says co-owner Elisa, who runs Candy Meister with fiancé Max and their friend Henning. "You meet a lot of interesting people that way." 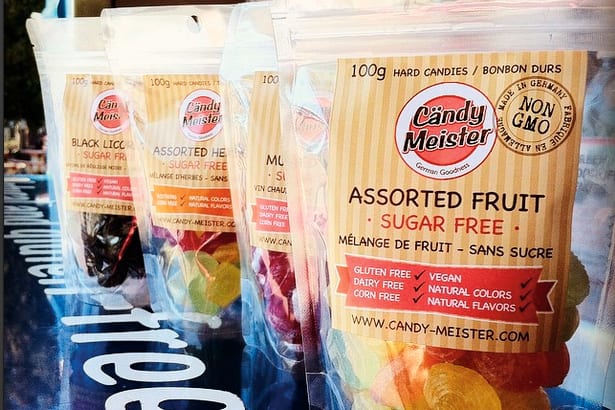 Purlin' J's Roving Yarn Co.
Sells knitting supplies from Lil' Dorothy, a former fire truck
Look for it in: Kingston, Ont., from May to November
Perks of mobility: "The truck is a travelling yarn show—a carnival of colour!" says operator Joan Sharpe. "It's a curiosity that entices customers who might not normally visit a traditional yarn store. I get to show folks that knitting is fun and accessible to almost anyone." 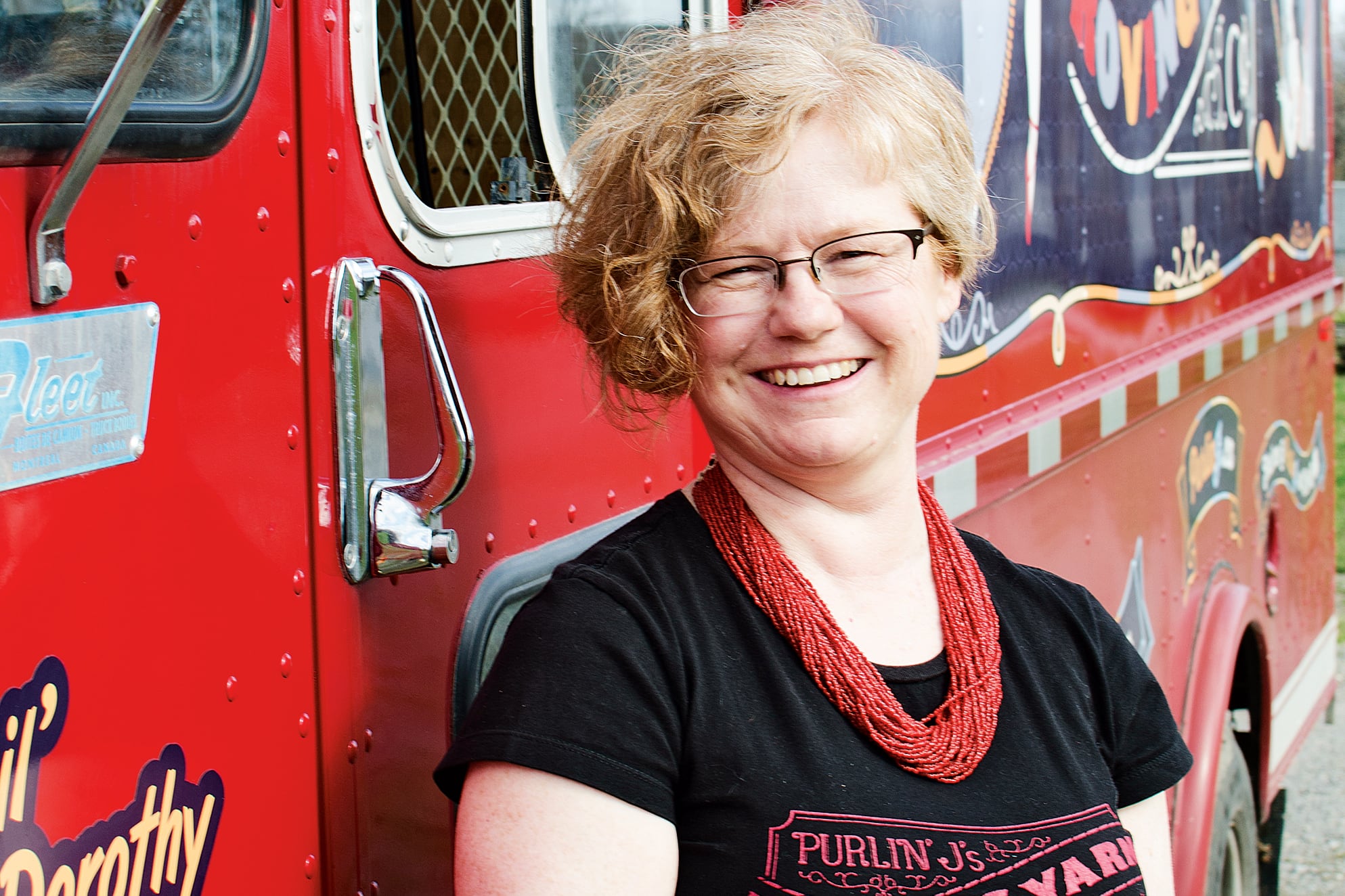 In Pursuit Mobile Boutique
Sells on-trend womenswear in sizes 2 through 18
Look for it in: Saint John, N.B., from May to mid-November
Perks of mobility: "If I'm having a slow day in one area and want to pick up and go somewhere else, I can," says owner Dominique Leger. "I think we're going to see an explosion of fashion trucks in the next few years. I'm looking at expanding to a second vehicle by 2016." 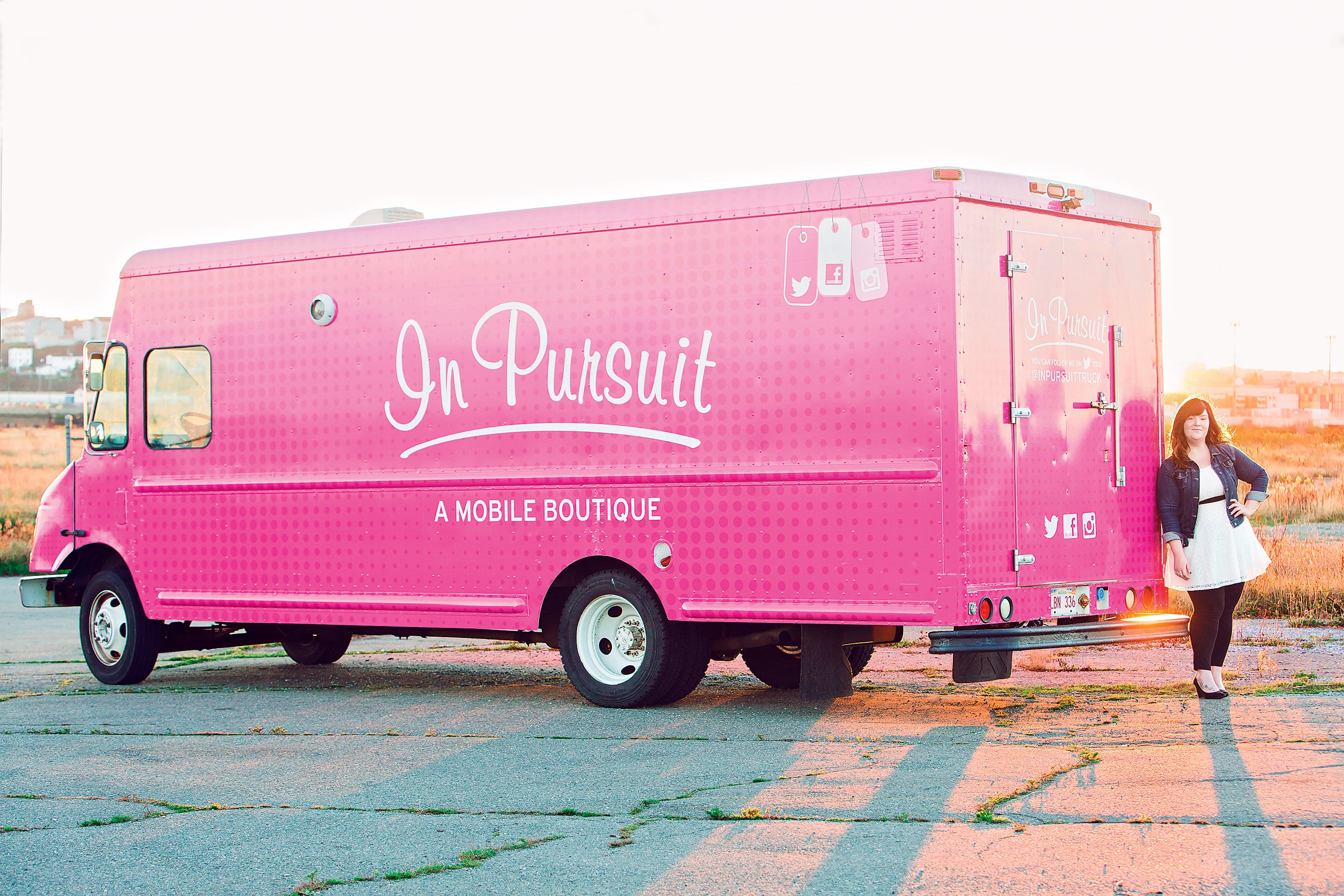 Oh So Lovely Vintage
A 1950s and '60s clothing and housewares pop-up shop based out of a refurbished vintage trailer named Olive
Look for it in: Winnipeg, from June to late August or early September, depending on the weather
Mobile inspiration: "The weather plays a huge factor in the success of the events we participate in," says co-owner Erin Kroeker, who runs the business with Stefanie Hiebert. "We've been out with the truck during heat waves, windstorms—where we chased our giant umbrella down the street—and torrential downpours, all of which leave us with a great story at the end of the day." 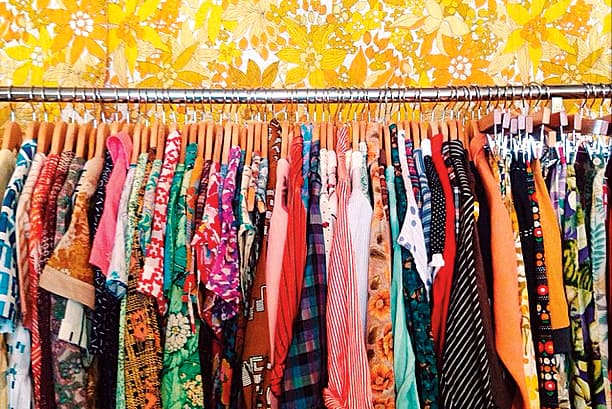 The Beatnik Bus
A refurbished public-transit vehicle that sells old-school vinyl records
Look for it in: Calgary, from April to October
Mobile inspiration: "My father had been collecting vinyl for 40 years to fulfil his dream of opening a funky record store," says founder Kristin Poch. "Four years ago, a heart attack forced him into retirement; opening a store was no longer realistic. I was adamant about hanging onto his collection of 15,000 records. I had a feeling vinyl was making a comeback with the 18-to-35 generation. With the rise of food trucks, the idea for the mobile record store came organically." 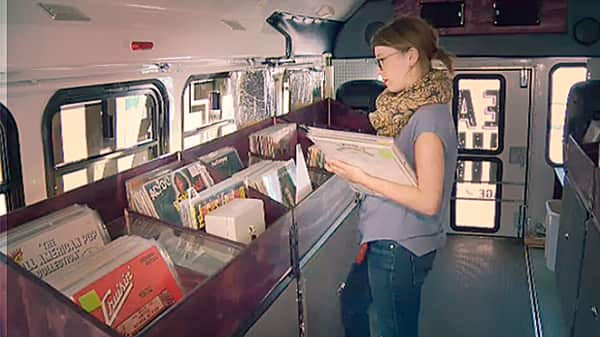 Image courtesy of The Beatnik Bus

Check out these awesome Canadian fashion and beauty brands.