Share
Just when you think you have it all, it starts to slip away . . .

The 2004–5 skating season had been my best yet, taking me to my second Winter Olympics, in Torino, but I started partying hard again. I was alone on the road, and it just happened. With high-level athletes—perhaps with high-level anything—you often assume an all-or-nothing attitude that spawns what-the-hell behaviour. Especially when you're drinking and smoking and staying up half the night, yet still posting good results. You think you can do anything, because for a while you can.

I went to bed loaded too many nights. At the 2005 World All-Round Championships in Moscow, I won bronze in the 5000 metres, then became so drunk I almost missed the airport bus the next morning at six. My coach, Xiuli Wang, found me fumbling around the hall, aghast to see an athlete of hers so hammered. I didn't have a key; I couldn't get into my room and hadn't packed. She got me in, then rounded up all my stuff. When I stumbled into the shuttle, where the rest of the team was waiting, I was confronted by a lot of pissed-off looks.

My husband, Peter, who had no idea I was leading such a self-destructive life, visited me at the World Single Distance Championships in Inzell, Germany. I won silver in the team pursuit and bronze in the 5000 metres, then shocked my moderate husband by the number of drinks I tossed back at the bar.

He asked, "What are you doing? This is stupid." He left me still drinking with the Russians. I don't know how I made it back to our room—I suppose someone helped me. I was sick, threw up in the shower, then fell asleep on the bathroom floor. Peter left for Canada the next morning, having made clear how disappointed he was in me. I had convinced myself that I was having a great time on the circuit, but when someone I loved saw me as a loser despite my external success, I was forced to take a hard look at myself. Xiuli was also fed up with me. She insisted that I promise not to get drunk until after the Torino Olympics, then made me shake hands on that. It was a promise I would keep.

Though I was glad to blame the pressures of racing, I was learning once again that I couldn't outskate or outcycle the gnawing darkness I carried inside myself, no matter how many shiny medals I won. My addiction, and whatever powerful emotions it covered up, was still something I was unwilling to confront. Sometimes I turned to alcohol, sometimes to food.

For the first week of the Games, I wandered around in a vortex of negativity, watching my teammates win medal after medal while I had only our team pursuit silver tucked away in my drawer. I spoke to a skier from Alpine Canada, who complained about his coaches having sealed him inside the Olympic dome. They had ordered him not to watch or explore or experience anything in order to focus, focus, focus. "I've been to two Olympics, and they've been the worst experiences of my life."

The advice the skier received had the opposite effect on me. A few days before the 5000 metres, I decided to take in more of the Olympic experience—anything to distract me from how bad I felt on the ice. This decision led me to the booth of Right to Play, a Toronto-based organization founded by former Norwegian speed skater Johann Olav Koss, winner of four Olympic gold medals. Since retiring from competition, Johann had trained as a physician, then combined his medical and athletic expertise to use sport to help youth in disadvantaged countries. I was deeply moved by what I saw.

That feeling continued into the evening, when I watched American Joey Cheek, who'd just won the men's 500 metres, announce on TV that he was donating his winnings to Right to Play to help the children of Darfur. That seed money—$25,000—would eventually attract $500,000 when others matched it. 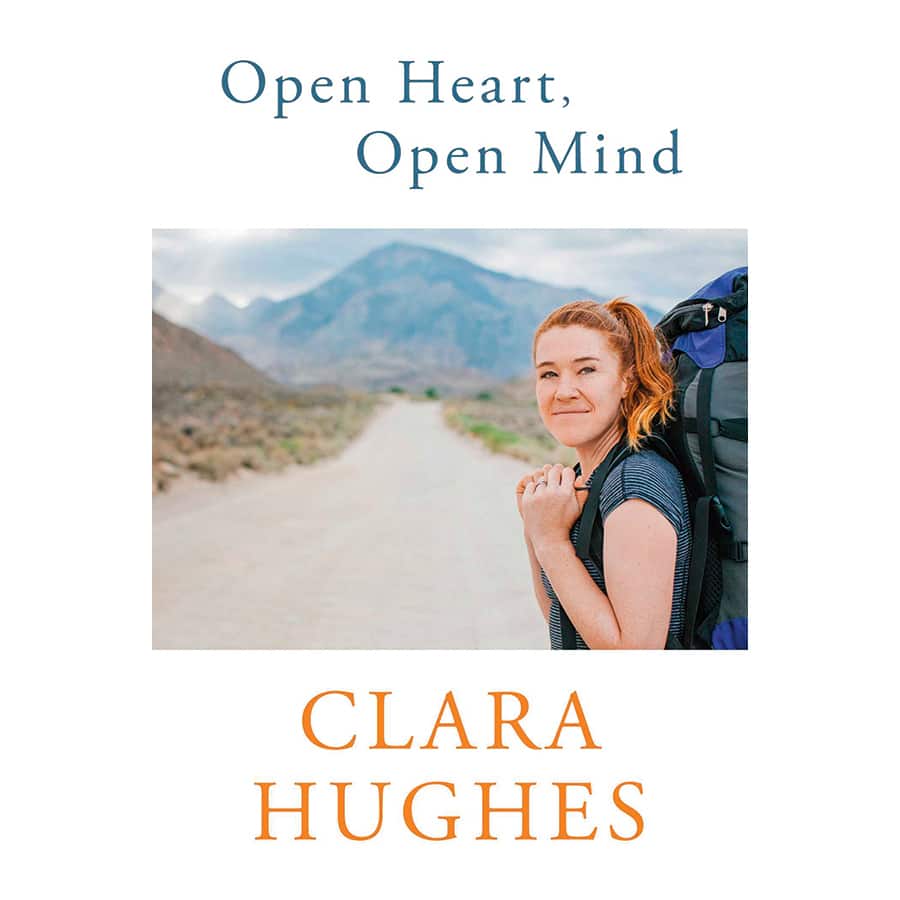 Both Kristina Groves, who was watching with me, and I wondered if we had it in us to do the same thing. Neither of us was sure. As Canadian athletes, our situation was skaters from many other nations, since we would not be receiving reward money for winning in Torino. However, I knew that I did have $10,000 in the bank. I asked myself: If I win a medal, could I use the podium to turn my $10,000 into a much larger donation, as Joey had?

With this thought as a spur, I decided to change my Olympian experience by shifting my attitude from I can't skate into Maybe this is how I'm supposed to feel before winning the Olympics. That had worked for me in Seoul, when I won gold in the 5000 metres, so why not now? I took the little sparkle I found hidden inside myself and built on it, so that it twinkled a bit more each day.

The night before the 5000-metre race, Xiuli came to my room with the pairings. She asked: "Do you really want to know?"

I exclaimed, "Oh, no, not Claudia Pechstein!"

She nodded. "Yes, you're with Claudia. The outer lane."

For me, it was the worst pairing possible, because every time I skated with Claudia, she got the better of me.

After Xiuli left, I felt empty and alone, with only my worried thoughts. To distract myself, I turned on the TV. A Swiss silver-medal winner was figure-skating to an awful James Blunt song but creating some of the most beautiful figures I'd ever seen. He was dressed in black and moving with total freedom and joy, spinning and gliding and jumping and swaying. I was so impressed that I wrote Joy on my hand, reminding myself that's how I wanted to skate the following day. After that, I went to sleep with a smile on my face.

When I turned on the TV set, CBC was showing a Right to Play documentary about Uganda, featuring Canadian Olympians—Steve Podborski, a downhill skier, and Charmaine Crooks, a sprinter. I watched, mesmerized, as former child soldiers, born into war and poverty and HIV/AIDS, engaged in play as if they had no worries. They were dirt poor and so shy as they sneaked glances at the cameras, then quickly turned away.

I looked at the word on my hand, and then the faces of the children, and I told myself: You're going to win the Olympics, and you're going to give your own $10,000 to Right to Play.

I moved through the rest of that day as if through a dream. I envisioned the race unfolding—me being behind at the beginning, then coming on strong in the final two laps. All I had to do was bring myself to the line, then not waver from my mission, which was far greater than simply winning.

When I showed up at the oval, the first person I saw was Claudia. She was cordial, saying, "Hey, how's it going?" I thought: You think you're going to work me over, but you have no idea how on to you I am.

We were the last pair to race. I went through my warm-up on the ice, which was simply a reminder that I knew how to skate. I made no special effort and felt neither good nor bad.

I remember standing on the line, hearing myself introduced to the packed venue by name, country, and past successes. Because Claudia was the three-time defending champion, her ovation was enormous. Even though I'd won the World Cup and was World Champion two years before, my accomplishments paled beside Claudia's. I wanted to destroy her. The English announcer was Matt Jordan, my strength trainer who worked the big competitions, which I took as a good sign. I stood fiddling with my glasses, thinking: Just shoot the gun.

Glancing up into the crowd, I noticed a little girl in braids holding a paper Canadian flag and a sign with big red letters: FORZA CLARA. It was Rebecca, from the family whose house we were renting for Peter. Her eyes had that look of hope and jubilation that I'd seen in those kids from Uganda, thanks to Right to Play. I told myself: Don't look up again because you'll lose it. I glanced at my hand instead— Joy.

I felt relaxed, then I tightened up, and Xiuli yelled at me to relax again and to breathe. The crowd was quiet. The Dutch had skated terrible races, and because we were so far behind Cindy's time, the spectators thought this was a dud event. At first, there was no enthusiasm whatsoever as Matt counted down the laps, but we were inching closer to Cindy's winning time, and the crowd realized they were potentially witnessing the gold medal race. By the time I started to feel the pain, they were shouting.

With about three laps to go, I caught sight of Claudia in my peripheral vision, and she was looking a little tired, not as awesome as usual. I knew she was cracking, and that's when I had to attack. At precisely the point when knives pierced every muscle, I let the roar of the crowd ring in my ears, as if someone had switched off the mute button. I channelled the energy, drank it in, while repeating Lower, longer, stronger, and suddenly, I was going faster. With one more lap on the inner, I was even with Claudia. I urged myself to go as hard as possible because Claudia would have my draft on the last lap, which would slingshot her into the inner for a win. I skated like someone was chasing me with a knife. As I went down the backstretch, I could see Claudia's coach, but I didn't care. I was going to run him over if he got in my way. By my last outer, I was in agonizing pain. I couldn't see Claudia in my peripheral vision, so I focused on the finish line: Just get me there.

I threw my blade across that line, knowing I'd beaten Claudia, the three-time 5000-metre Olympic winner. Only then did I look at the numbers. I had broken the seven-minute barrier—6:59.07! I screamed, putting my head in my hands. I'd just won gold at the Olympics!

My body gave out and I collapsed, lying on the ice, sick with pain. When I turned my face, I saw Xiuli. She whispered, "I know you're hurting, but people are watching. You are on television. You should stand up."

After some coaxing, I managed not only to stand but to skate a lap with the Canadian flag flying high over my head, like an enormous wing, allowing me to feel it—pure joy. I, too, was flying.

Copyright © 2015 by Clara Hughes. From the forthcoming book to be published by Simon & Schuster, Inc. Printed by permission.

For more books to add to your reading list, check out these best books to read for fall.

This story was originally part of "Discovering Joy" in the November 2015 issue. Subscribe to Canadian Living today and never miss an issue