Catherine O'Hara, a member of Canada' s comedic royalty, got her start with improv troupe The Second City, then hit it big. Today, she appears on CBC's Schitt's Creek, playing the dramatic ex–soap star, Moira Rose.

On her favourite roles
"I'm drawn to people who have no idea of the impression they're making, which I think is true of most of us. [It's fun to play someone who has a delusional sense of herself."

On her love of humour
"In high school, I thought I discovered [British comedy troupe] Monty Python. In life, there is nothing better than laughing—especially a laugh when you most need it."

On how she stays grounded
"It's thankfully all I know. I'm from a big family. We were middle class. My parents struggled, but I was never aware of it until I was in my 20s or 30s, even though they had seven kids."

On the best advice she ever received
"Producer Barry Sand told me, 'From the moment you get your foot in the door at a job, treat yourself with as much respect as you can because that's how others will treat you. The foot you go in on is the foot you stay on.' " 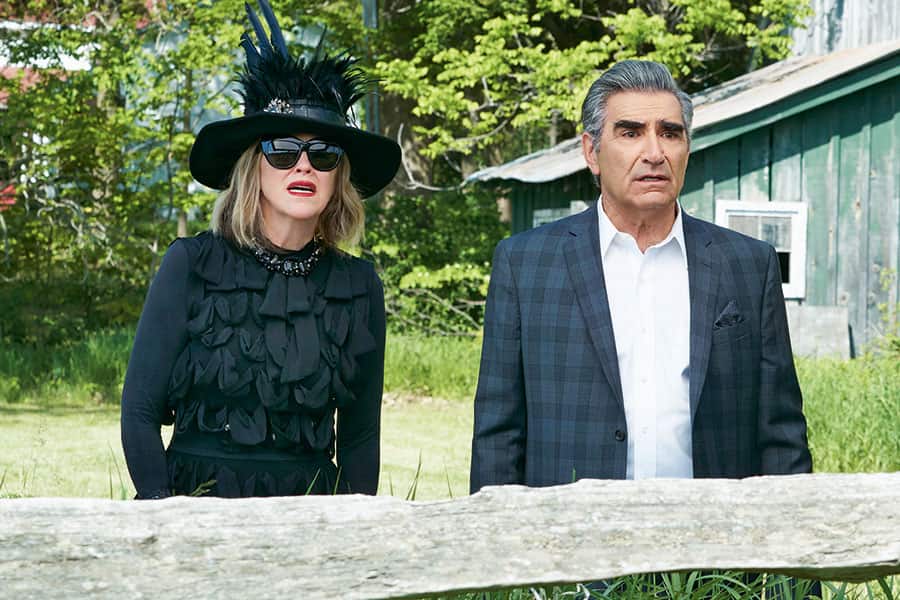 On working with her old friend Eugene Levy
"We can imitate each other. We have years of honing in on each other's idiosyncrasies. But I don't think I know everything about him, and that's nice. There's still lots to discover."

On her lavish wardrobe for Schitt's Creek
"Put together, it's pretty wild, but the individual pieces are beautiful. I've always been a bargain hunter, but I can't buy as cheap as I used to since wearing these high-end items."

On her fashion sense
"I don't like wearing something that's totally on trend because anyone who recognizes it's in fashion now will recognize a year from now that it's out of fashion."

Comedian Catherine O'Hara on the best advice she's ever received