In Chad and other poverty-stricken countries in the developing world, neonatal tetanus—a disease that's been largely eliminated in the West—kills 49,000 babies every year.

When Halima Zenab learned her newborn son, Mohammed, was sick with tetanus, it was already too late. In search of a treatment for her baby, the new mom had visited the local clinic twice. Both times, he was misdiagnosed, first with a fever she was told to treat at home, then with diabetes. But a third doctor recognized that the newborn had the classic symptoms of neonatal tetanus: soaring fever, severe convulsions and inconsolable crying. He was placed in isolation to try to reduce his suffering, since all contact caused him excruciating pain. Doctors and nurses offered what treatment they could, but six days later, Mohammed died.

Halima, 21, who lives in N'djamena, Chad, had never even heard of tetanus before her baby contracted it. In Canada, many of us don't give the disease a second thought unless we step on a rusty nail. But in impoverished countries like Chad, tetanus is an all-too-common experience. Maternal and neonatal tetanus (MNT) transmission occurs following birth; if the mother hasn't been immunized, her baby won't have the benefit of maternal antibodies against the disease. When the umbilical cord is cut using an unsanitary device, a common practice in rural areas of developing countries, both mother and baby can become infected.

Until recently, MNT was running rampant in 59 countries, causing agonizing deaths for 548 babies every day, often in the first two weeks of life. (Maternal tetanus is also fatal, and experts estimate an equal number of mothers were dying from the disease.) But that bleak picture is changing thanks to The Eliminate Project, a UNICEF campaign launched in 1999—and later strengthened by a partnership with Kiwanis International, a nonprofit aimed at improving the lives of children worldwide—to stamp out MNT in the 19 countries where it remains. Over the past five years, Kiwanis Foundation of Canada members and ordinary Canadians have held bake sales, pancake breakfasts, raffles and other community events, raising both awareness and $4.4 million (plus, the federal government has pledged to match funds raised up to $2.5 million). And because immunizing a woman of childbearing age costs a mere $3, Canadian initiatives are having a crucial impact globally. In Chad, that money has led to the vaccination of more than three million women aged 15 to 49. And it's provided more than just needles: It also covers training for health workers on safe vaccine storage and delivery, and promotional messages about hygienic umbilical-cord care.

It's an impressive feat considering the challenges of working in Chad, a landlocked nation bordered by Sudan, Libya, the Central African Republic, Cameroon, Niger and Nigeria. One of the world's poorest countries, Chad ranks 185 out of 188 on the UN Human Development Index. In rural areas, more than half of the population lives in poverty, and malnutrition is a huge threat to child survival. The few paved roads are rife with potholes, electricity and telecommunications are spotty or nonexistent, the literacy rate sits at just over 40 percent and safe water is scarce. In the villages around Abéché, the country's fourth-largest city, it's common to walk 10 kilometres in 40°C heat for water that's not even safe to drink, and life expectancy is just over 49 years. So it's not surprising that vaccinations aren't on most people's radar. That's why outreach workers like Bahr Abdoulaye, 60, are essential to the success of The Eliminate Project. "I go and tell the women that if they are injured, they should come and be immunized against tetanus," says Abdoulaye, "or if they gave birth and they cut the umbilical cord, they should come and get immunized."

A mobile vaccination clinic takes place three times a year under a clutch of trees on the dusty, barren landscape. To inform people about the clinic, Abdoulaye walks from village to village, bullhorn in hand, announcing when, where and why people should go. The "why" is key because, as Abdoulaye explains, there are strong misconceptions among the villagers. "Women have the wrong idea that if they get immunized, they cannot become pregnant," he says. For that reason, UNICEF focused its strategy on convincing local leaders and husbands of the value of immunization, particularly the tetanus vaccine. It's a slow process, but once women are assured that vaccinations are safe, and once they see immunized women having healthy babies, many become MNT ambassadors themselves, sharing correct information with family and their community.

Haoua Ahmed, 21, is one such woman—but her knowledge was learned the hard way. At 19, she had a little girl and was pregnant with twins. One month before her due date, she delivered a boy and a girl. "My daughter was born sick and very tiny," says Haoua. "I had to put my finger in her mouth for her even to breathe." She died within two days. Then, Haoua's newborn son, who had seemed healthy at birth, died the following day. When she took his little body to the local health centre, the doctor said the cause of death was likely neonatal tetanus.

Still, it took her subsequent pregnancy for Haoua to fully understand the value of immunizing. "I was not feeling well, so I went to the hospital, and that's where I learned about vaccinations. Now, I realize they're good for me and my children, so we are all vaccinated," she says, cradling her four-month-old son in her lap. Halima, too, has become an immunization advocate, regularly sharing her story with other young women and new mothers. When Mohammed died, Halima's sister encouraged her to get immunized. Since then, Halima became pregnant again and has used her newfound knowledge to advocate for herself, making regular trips to the local health centre to get proper antenatal care. "I learned so much from my loss," she says. 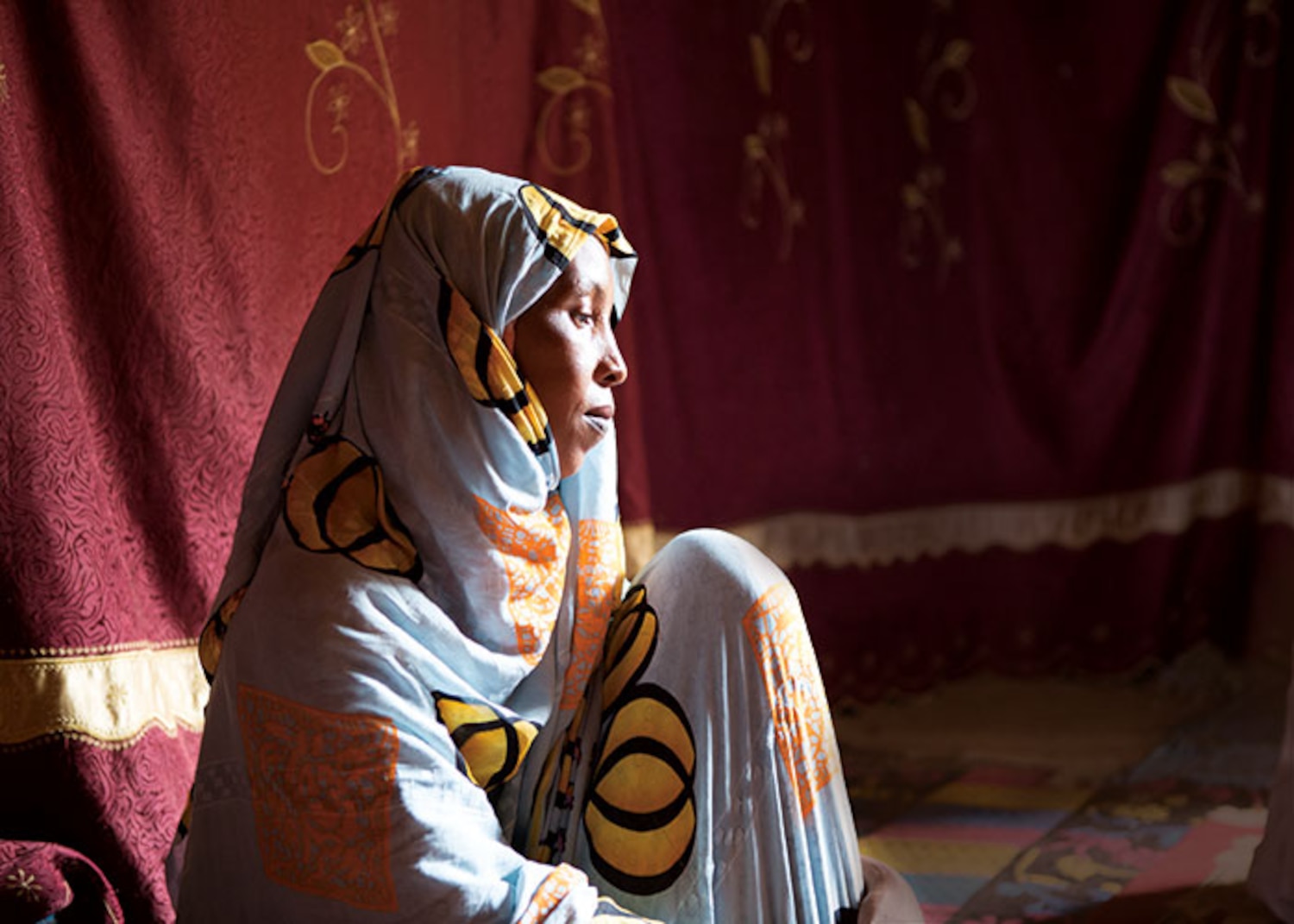 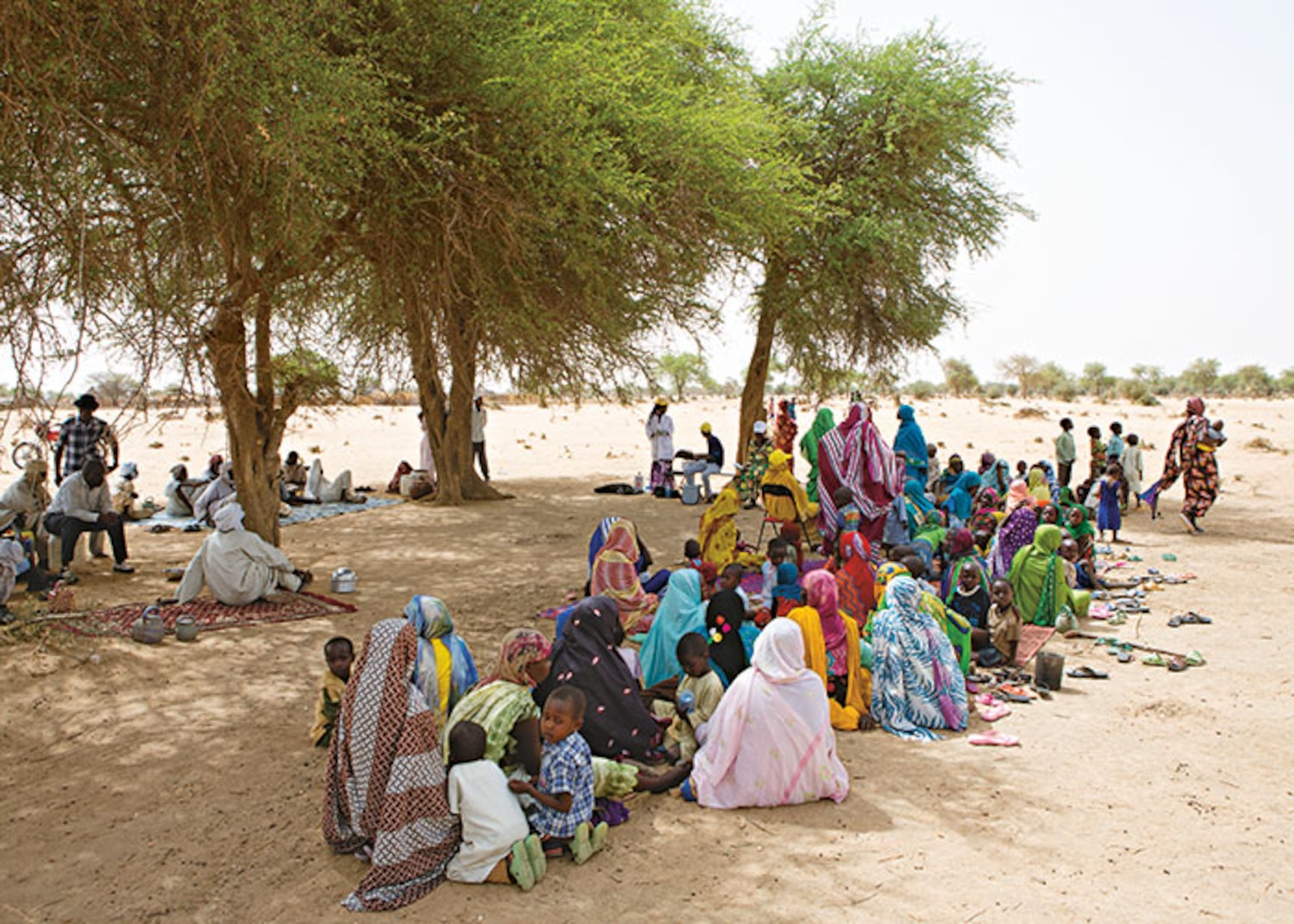 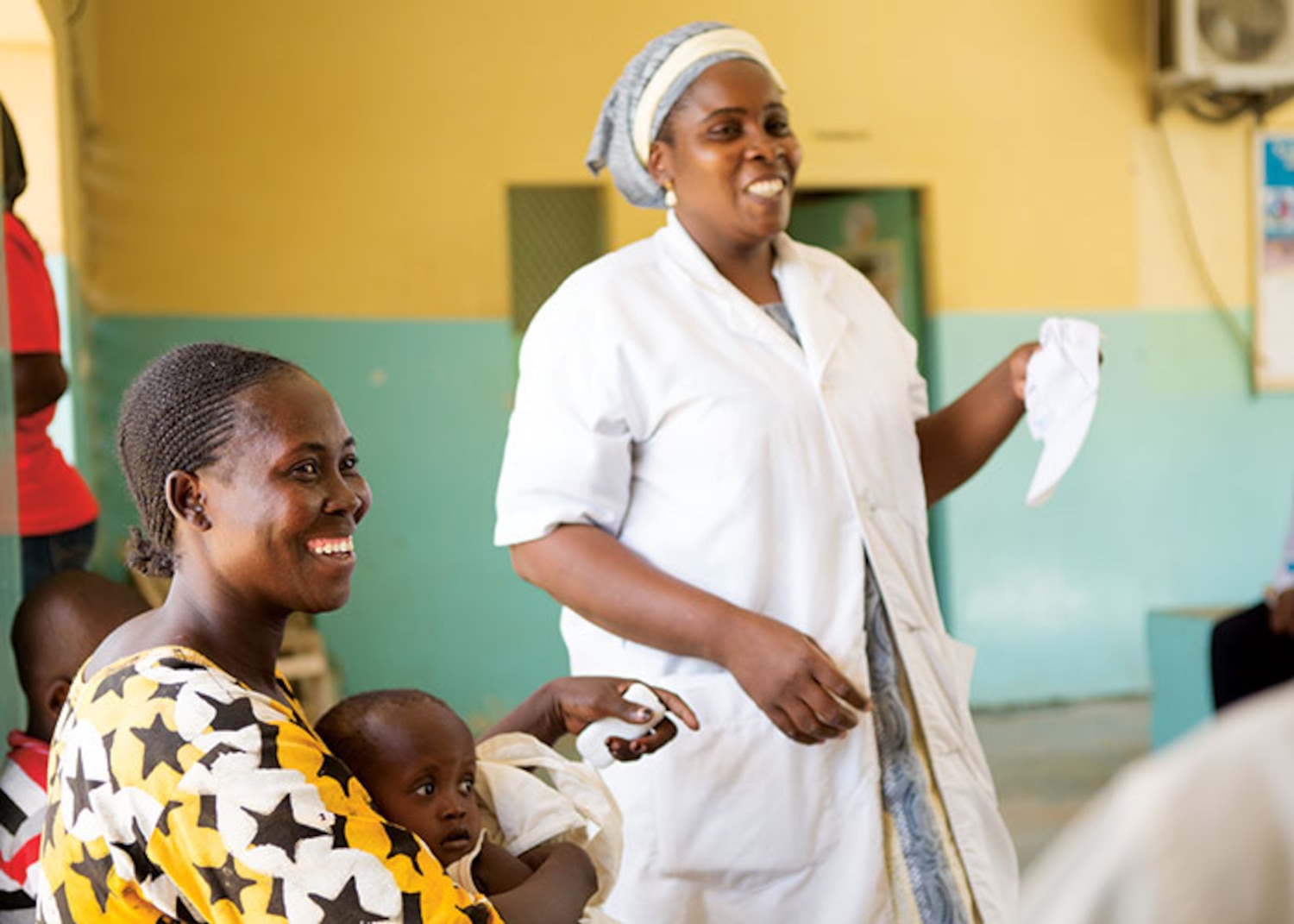 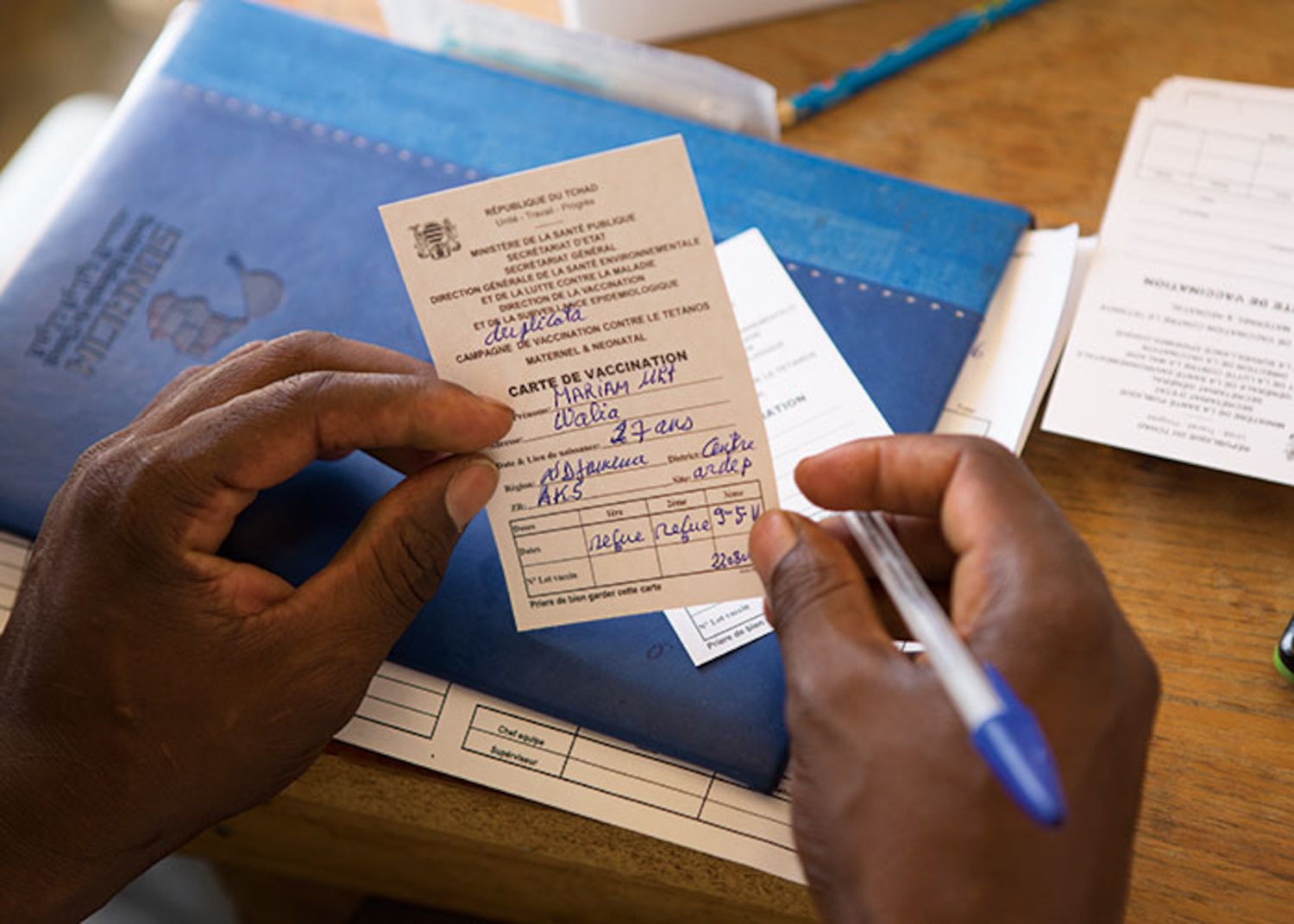 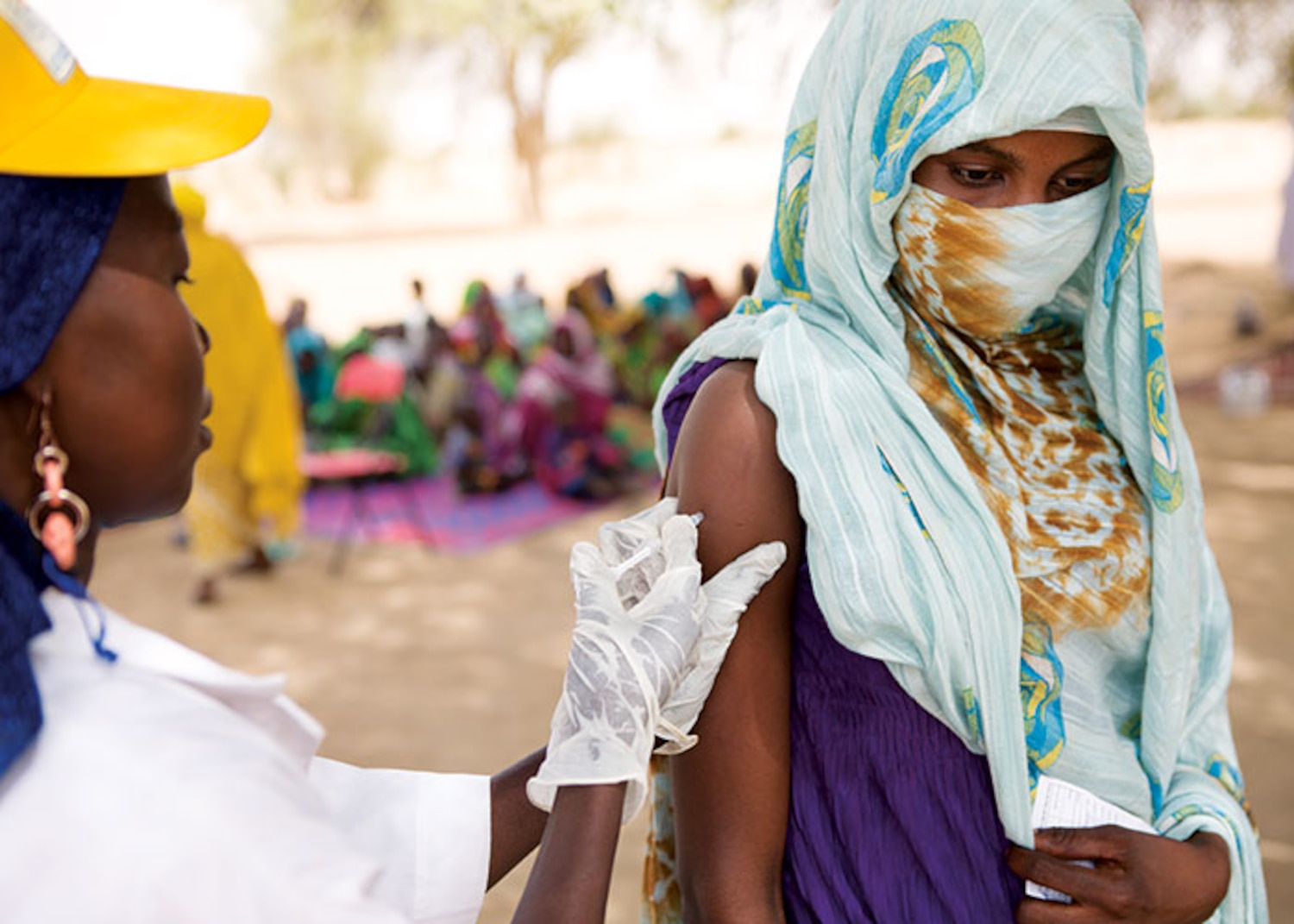 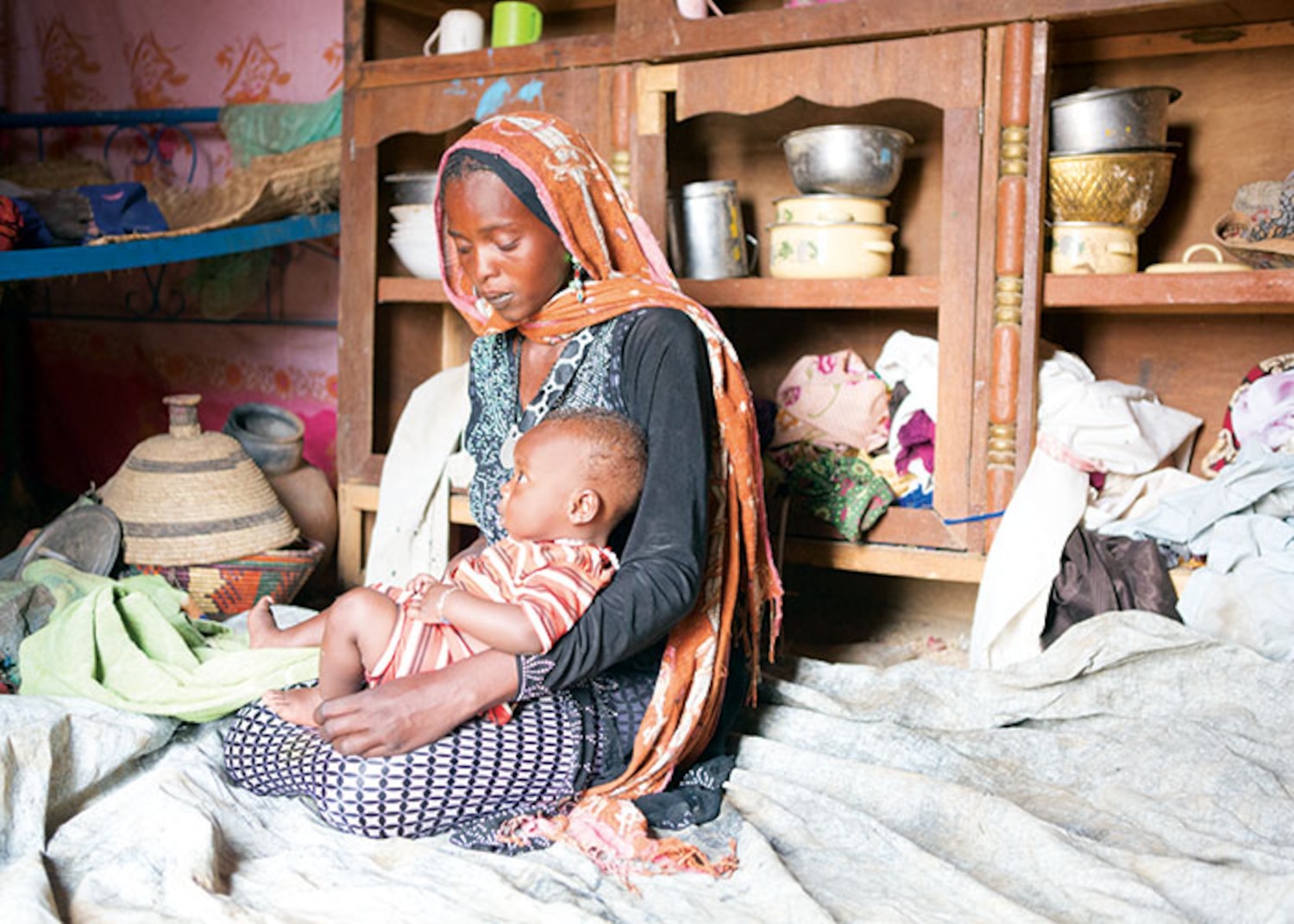 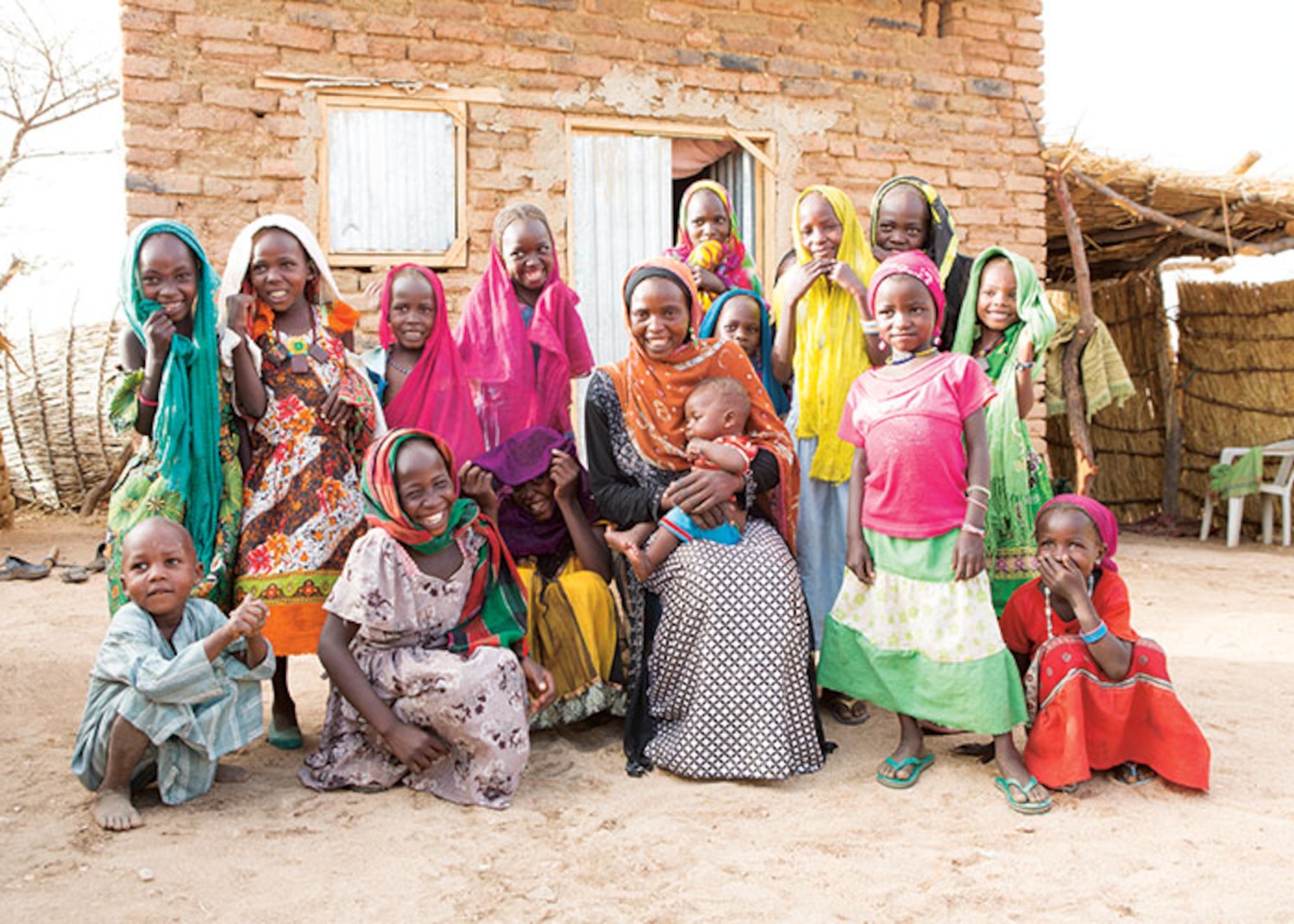 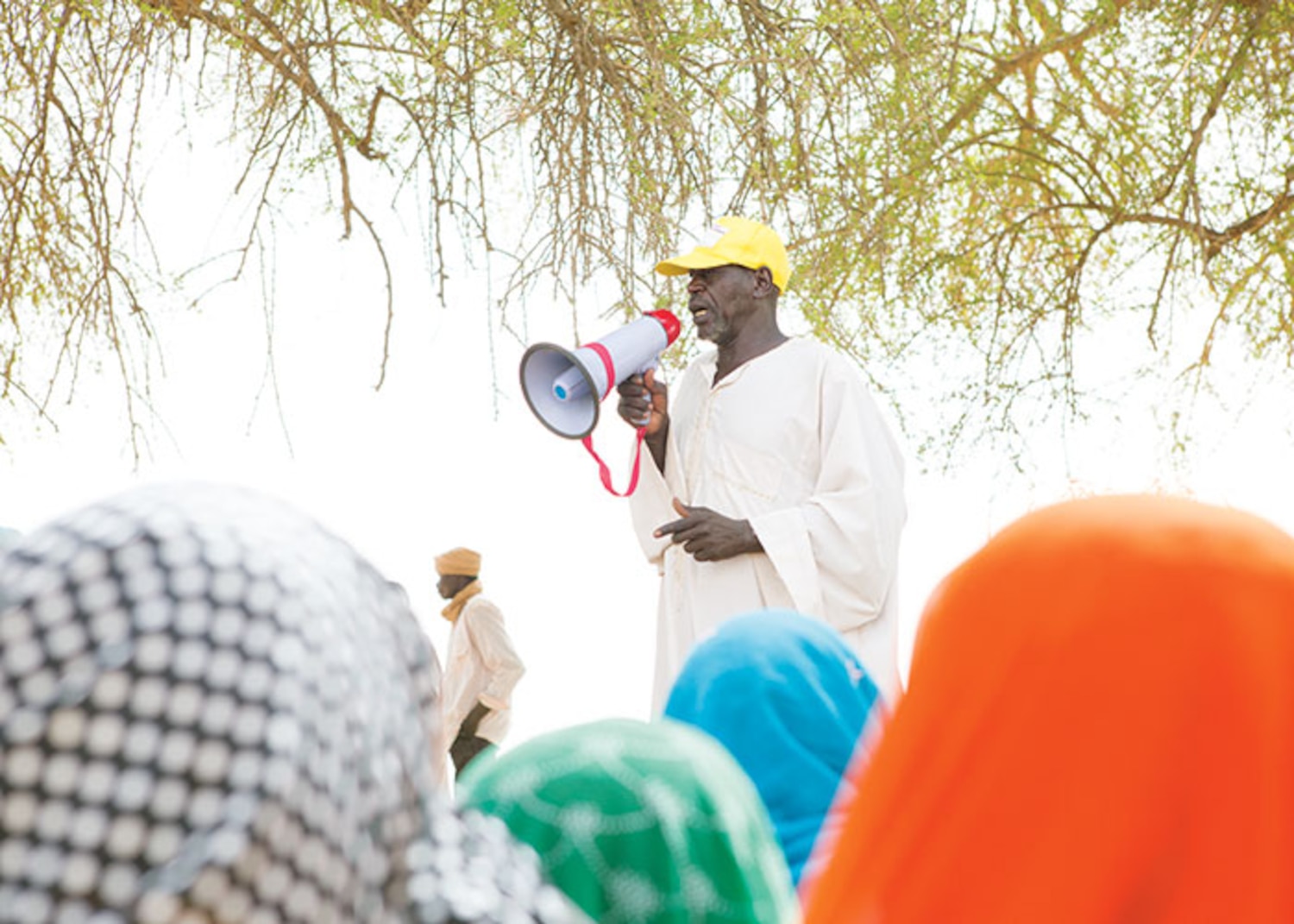 Halima's zon, Mohammed, was just an infant when he died of tetanus. Now pregnant again, Halima is using her hard-won knowledge to advocate for herself.

Held three times a year, immunization clinics like this one are an important part of the fight against maternal and neonatal tetanus.

Both mothers and babies receive vaccines to protect against tetanus.

Young mothers are often suspicious of vaccines, but outreach workers are working to change their minds.

When Haoua was 19, her twin son and daughter died just days after birth; neonatal tetanus was likely to blame. Haoua and her children have now been vaccinated against tetanus.

Once women, like Haoua, understand the benefits of vaccination, they often become advocates themselves.

What is The Eliminate Project?
Maternal and neonatal tetanus (MNT) is a noncommunicable disease that comes from bacteria in animal feces and soil. Until recently, it caused the deaths of countless mothers and babies in developing countries.

But, in 1999, UNICEF launched The Eliminate Project, a campaign to immunize all women of childbearing age, and 40 countries have since been deemed MNT-free.

For the remaining 19 nations, UNICEF has partnered with Kiwanis International, which took on the cause as its five-year global campaign for children in 2011, with a focus on immunizing women in Kenya, Haiti, Equatorial Guinea, Chad and the Democratic Republic of Congo.

Funds raised by Canadian communities through bake sales, benefit concerts, raffles and the like have translated into millions of safely immunized women, as well as education on prenatal care and the role vaccines play in a healthy family.

But there are still countries where MNT runs rampant.

Find out how you can help at unicef.ca/en/eliminating-maternaland-neonatal-tetanus.