Share
The first ballet Sonia Rodriguez ever watched was on TV. Just five years old, she was immediately taken with the dancers moving across the screen in Swan Lake. "It was the most beautiful thing I had ever seen," she recalls. "The women looked like they were floating onstage. They looked so free. I wanted to be part of that magical world."

Now, nearly 40 years later, the Toronto-born ballerina still feels her own sense of freedom when she performs. "After all the work you do, you get onstage and it's about what's happening in that moment. Nothing else matters," says Sonia. "There's something exhilarating about that."

She has shared that exhilaration with countless audiences. In a June performance as Princess Aurora in The Sleeping Beauty—one of her favourite ballets and the first in which she appeared as a principal dancer in 2000—she cele­brated 25 years with The National Ballet of Canada. The anniversary is a huge accomplishment for any dancer, but for Sonia, it's heightened by the fact that she danced professionally while raising two kids with her husband, champion figure skater Kurt Browning. 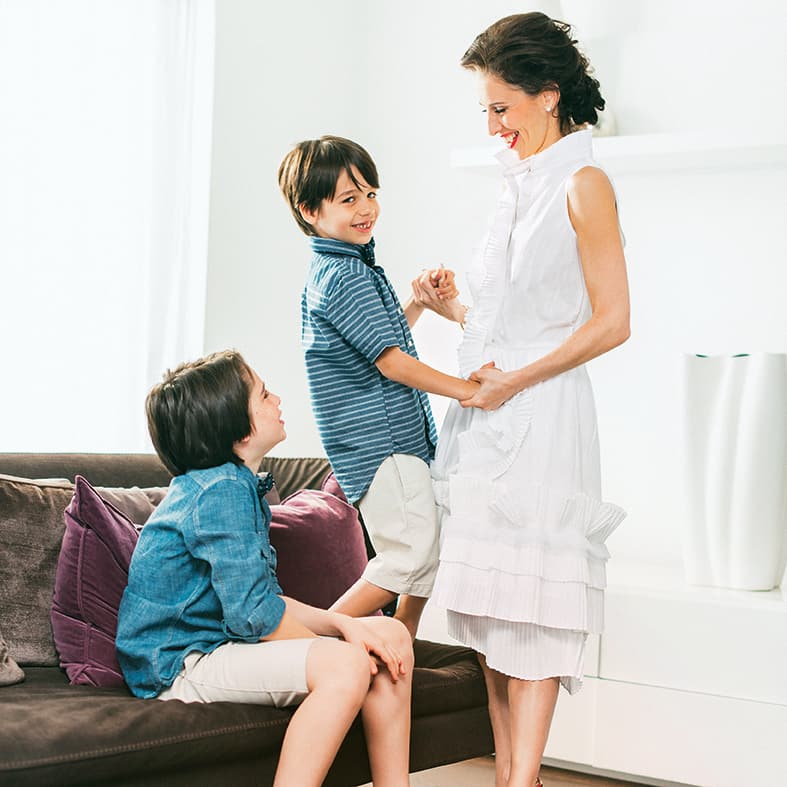 While having children is a major life decision no matter your profession, it carries extra implications for a dancer. "There is a stigma that a dancer can't go back," explains Sonia. "Your body goes through a lot of changes during and after pregnancy but, to be honest, I never questioned it. After having my first child, I felt like I could tackle anything." Indeed, Sonia returned to work just two months after giving birth to Gabriel, now 11. Four years later, she had her second son, Dillon, now seven.

Sonia believes motherhood has made her a stronger dancer and a stronger person. "I'm in a place where I know who I am as an artist," she says. "I don't feel like I'm trying to be something for somebody."

That confidence and passion seem to have rubbed off on her children. Gabriel loves acting and says he'd like to be on TV when he grows up. "When I watch her do ballet, it makes me feel kind of good that she's doing what she loves," he says. "It makes me feel that I should do what I love, too." Dillon, meanwhile, is following in his father's footsteps as a figure skater and can already land a loop jump.

Listening to her kids' dreams helps keep everything in perspective for Sonia. "I've been fortunate that I'm able to do something that I love so much," she says. "I can only hope that they find something that makes them this happy."

Come celebrate our 40th anniversary with us! Enjoy our favourite recipes, tips and trends from the last four decades.