When Buffy Sainte-Marie broke onto the music scene in the '60s, she gained recognition for her politically charged lyrics. At 75, she's still making waves, most recently by winning two Juno Awards this year.

On her love of nature
"When I'm lucky enough to be on a reserve or in Hawaii, I can sit my butt on the ground every now and then. I think it gives some kind of planetary vitamin, right through the gluteus maximus."

On how she stays young
"I do ballet. It was never my goal to be a ballerina, but I've always loved Tchaikovsky. I credit ballet with allowing me to survive life on the road."

On being 75
"When you get older, everybody tells you that you should have been 'over' years ago. That's just not true. I continue to get better at everything I am and everything I do. I've loved every year. Everybody is always ripening." 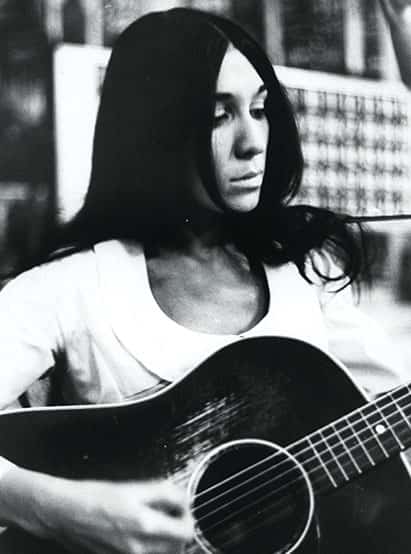 On political change
"It's up to us to keep an eye on whom we elect. We have ways to make our influence felt; we have social media. We need to take advantage of it."

On receiving criticism
"People didn't get it when I was doing electronic music in the '60s. If you're unique, don't be discouraged. Your uniqueness is what it's all about."

On her two 2016 Juno Awards
"It's wonderful to have awards, and I'm proud of the things I have to say on this record. The fact that other people are getting it, that's more than pride—that's a reward."

On what makes her proud to be Canadian
"It's our general attitude toward the world. We really are a kinder country than some."