Share
Poet and novelist Joan Crate’s newest book, Black Apple (Simon & Schuster Canada), tells the story of Rose Marie (formerly Sinopaki) Whitewater, a young Blackfoot girl who is taken from her home and brought to St. Mark’s Residential School for Girls, where she is kept from her family for over a decade. The novel explores different perspectives—including the viewpoint of Mother Grace, the school’s matriarch—to weave a heartbreaking tale about struggle, identity and compassion.

We spoke with the author from her home in Calgary about the importance of sharing the stories of Indigenous peoples and their heritages. 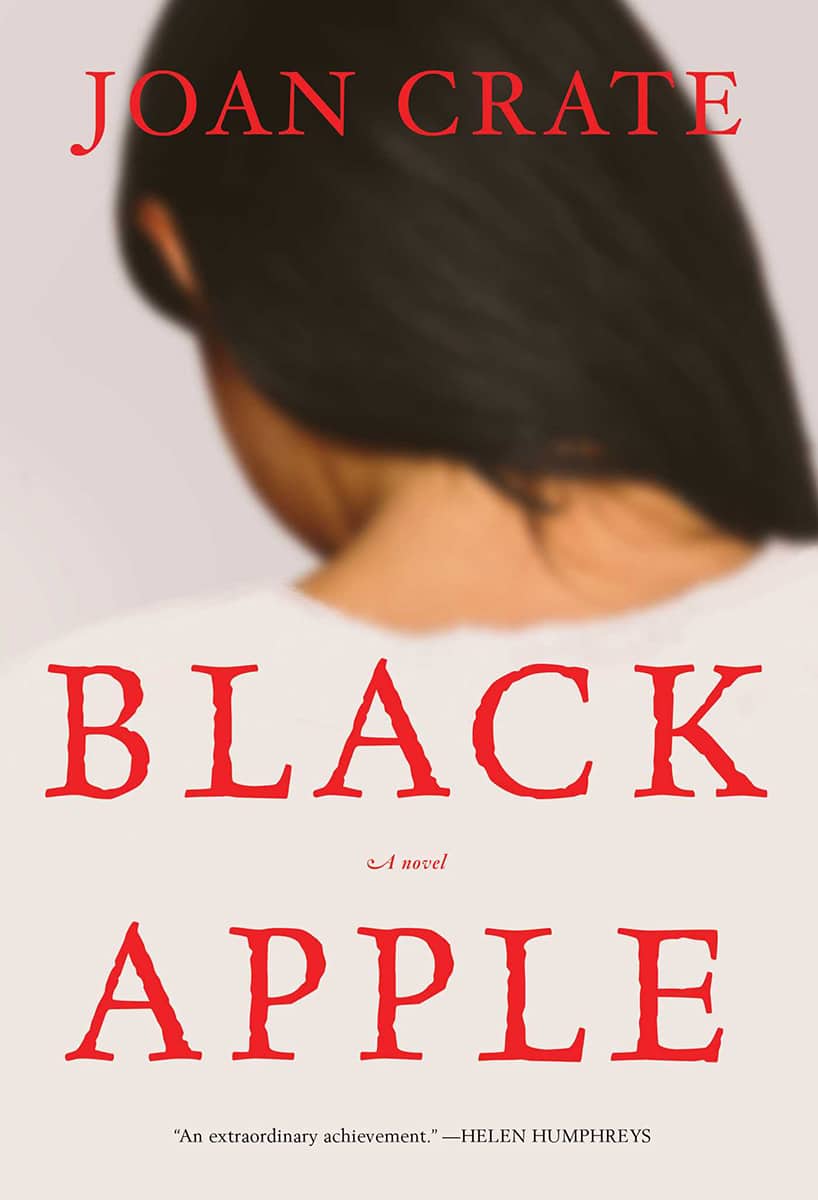 Why did you feel that you needed to tell this story?
I was actually doing other writing and this character, who became Rose Marie Whitewater, kept cropping up. The other writing didn’t seem to be going anywhere, so I decided to follow this character through. Because she existed in my other writing, she came from a particular time and place and would have gone to a residential school. There has been such a conspiracy of silence around residential schools. A lot of people didn’t know they existed or, if they did exist, they thought they were optional. I thought if I tell this story, I have to be authentic and respectful, so that meant doing lots of research. Of course, the story is more than just the residential school setting. There’s a love story, a murder and ghosts.

I understand you have some Indigenous heritage. Do you think that impacted your telling of the story?
I’d heard stories about residential schools from family friends. My dad never went and no direct family member of mine went, as far as we know. I think that if I had gone or any close relative had gone, I wouldn’t have been able to use the voice of Mother Grace. I probably wouldn’t have been able to balance it that way. I’m glad that her voice is in there, because she adds another aspect of the story.

There is such a balance of perspectives, and you are so compassionate in the way that you treat each character, even though the nuns sometimes beat, neglected and shamed the children.
I think [the fact that I didn’t have a strong family connection] actually freed me. No matter how twisted a person is, there is a reason that they got to be that way. The thinking at the time was all about assimilation. People didn’t think about the needs of children all that much. I think a lot of the cruelty and neglect that went on was a different kind of thinking. There was a sense of cultural and religious superiority.

And yet you don’t seem to judge your characters.
I don’t know if I’d say that. But when you develop a character, you do see things through their eyes. I thought, what is the other side? It’s just not logical to think that anybody started residential schools thinking, “Boy, am I going to mess up a bunch of lives.” They had to start from the point of view that, “I have a superior culture. I have a superior education. I have a superior religion and I’m going to benefit these kids by giving that to them.”

Through your research, and through exploring your characters, what would you say were the most damaging aspects of the residential schools?
When you read accounts, even people at the same school with the same teachers would experience things individually, but there are some general themes. One of them was the cultural shame. Children would go back to their families and they would be ashamed of them. But probably worse than that was the destruction of the family. Parents take care of their children. As soon as their kids are pulled away from them, what does that leave them with? A sense of hopelessness and of not having a role anymore. And that would be for the first generation that went to residential schools. The following generations didn’t know what a parent did because they were never with their parents, so many [residential-school survivors] lost the ability to parent. I think it did terrible damage to the whole community. When you mess around with kids, that’s when they’re the most vulnerable and you’re going to do this most damage.

The Truth and Reconciliation Commission of Canada’s report about residential schools came out in December 2015, but I think that fiction allows people to experience the way things were—more than a report will ever allow.
That’s absolutely true. My own experience with reading fiction is that it opens up a whole new experience and you feel much closer to it than if you just read the facts.

From your perspective, what do you think the most important steps are toward reconciliation?
I think one is the exposure. My biggest fear with the Truth and Reconciliation report is that, when all the dust settles, residential-school history is going to be brushed under the carpet again. I think that would be the most dangerous thing. But I think there is a will to teach more of what happened in Canada and to bring it into the school systems, which is really important. We have to acknowledge what took place and teach about Indigenous history and bring in elders to speak. We also have to learn an attitude of respect for other peoples and the way they live and their values.