Canoeist Mark Oldershaw is heading to the Rio Olympics as a new dad. We spoke to him about the pressures of being an athlete and a parent.

Sprint canoeist Mark Oldershaw is the fifth member of his family to compete at the Olympic Games. (His dad is also his coach.) Since winning bronze at the 2012 Olympics, Mark has been juggling training for Rio while taking care of his newest family member, daughter Josephine, who was born in 2015.

On his goals for the Rio Games
"I'm aiming for a gold medal. It's a tall task, but I think I can do better [than bronze]. The past year has been about gradually getting better."

On getting back on the water after having two surgeries to remove a tumour on his hand
"There were times when I didn't think I was going to be able to come back at all, so I don't take anything for granted anymore. It gave me the sense I could overcome anything."

On when he thinks about giving up
"We all have those moments. What makes Olympians unique is we find ways to push through. I ask, ‘When I'm on the start line in Rio, do I want to say I didn't give 100 percent?' It's about knowing the work is going to pay off."

On following in his father's and his grandfather's footsteps
"I saw how proud my grandfather and my father were of going to the Olympic Games. I grew up with that sense of pride of what it would be like to represent Canada; ever since I was a little kid, I've wanted to compete."

On what he's learned from his dad
"To be patient and even-keeled. He's not the kind of coach who's in your face. There are times—as a coach or a parent—when you want to  step in and correct someone, but he knows it's better to let me learn for myself." 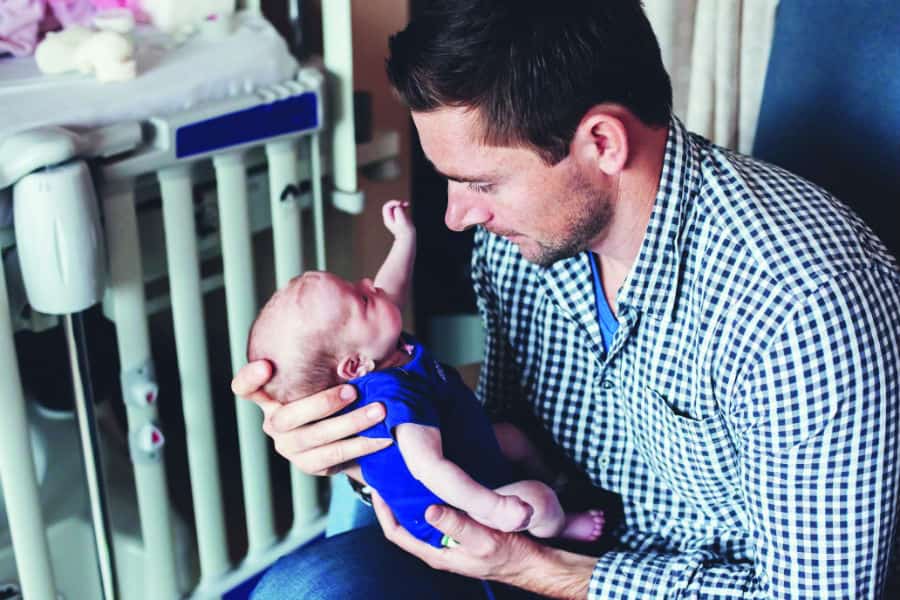 On becoming a parent
"As athletes, we're a bit selfish. We look out for ourselves a lot, trying to be the best we can be. Having to take care of Josephine has opened me up to a whole other world. It's an incredible feeling to be able to love somebody that much."

On what he wants to pass on to his daughter
"I want her to feel like she has no limits. That doesn't mean she has to go to the Olympics. I want her to pursue whatever she wants and find happiness in whatever she's doing."

On the importance of sleep
"As an athlete, sleep is so important for me. Right now, if Josephine gets a good night's sleep, I get a good night's sleep. Being able to trust the diapers throughout the night has been beneficial for my training." (Mark is an ambassador for Pampers diapers.)