For many women, the election of American President Donald Trump was the motivation they needed to get involved in politics. Take these five Canadians, who traveled to the US to march at the Women's March on Washington.

Hundreds of thousands of people marched peacefully through the streets of Washington on Saturday morning, hoping to send a message to American President Donald Trump that, as many a protest sign proclaimed, women’s rights are human rights. Though it’s impossible to give an exact number of attendees, organizers estimate the turnout exceeded half a million people—which is why it's being billed as one of the biggest political demonstrations in American history.

And the huge crowds weren’t just made up of Americans. Protestors hailed from all over the world, including Canada. In fact, a delegation of more than 600 Canadian women left multiple cities to head towards Washington, hoping to show their solidarity and support equality, diversity and inclusiveness. (Sister marches took place in 50 states throughout America, and in 61 countries total, including Canada.) For many of these women, the Women’s March on Washington was their first political demonstration. Their stories are as diverse as their ages and cultures, but they all hold the same conviction about the importance of speaking up. 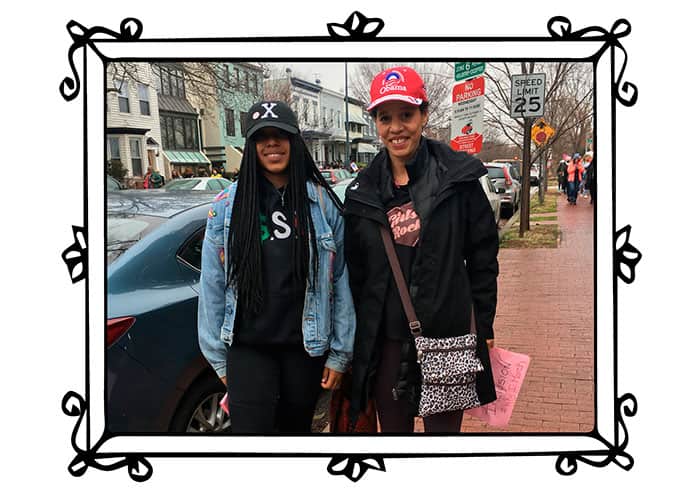 Getting on the bus from Montreal to head to Washington was nerve-wracking for Ayana Potts, a dual Canadian-American citizen, but she was also excited for what was to come.

“I’m ready to get started and meet people, and have a day full of love,” Potts said. “Because we need it.”

Attending a political demonstration for the first time alongside her mother Miranda, a longtime activist, Potts is excited to be part of this movement.

“To be here for something that will for sure make history after a day that itself made history,” Potts said. “It’s the best way to get into the activist lifestyle.”

She heard about the Women’s March on Washington through her mother and social media and decided it was something important for her to attend. Though this was her first protest, Potts has been interested in activism since she was a child. For her, it’s of vital importance that women have a political voice.

“I think it’s super important we have a say because now there is someone who is having a say for us,” she says. “We need more women in politics… if this is a way to start doing that and let people know that we need a say, then this is the way it’s going to be done—in a peaceful manner.”

But it’s also about supporting other women, and getting support herself.

“I think this is a really great way… to just let these emotions that have been built up over the last year out,” Potts said. “I think it’s a great support group and it’s necessary for future generations.” 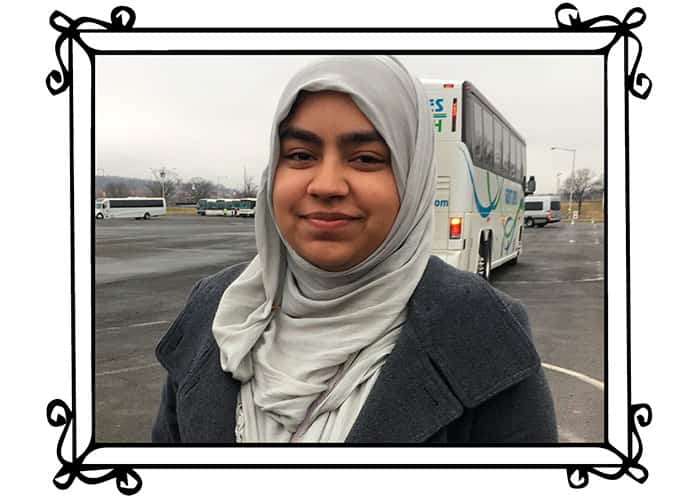 Silence is a choice according to Ujyara Farooq, a fourth year sociology major at the University of Toronto. So when a friend asked her to participate in the Women's March on Washington, she couldn’t pass up the chance to show her support.

"I believe this is a great opportunity to show that as visible Muslims, as people who wear the headscarf, we can participate in something that is kind of a commitment to other women," Farooq said.

It was important for Farooq to show solidarity with American women, not only as a Muslim woman, but as a Canadian.

The Women's March on Washington is about understanding the specific issues that different genders, nationalities, and ethnicities face on a day-to-day basis, and why it's important for these people to have a voice when it comes to making policies, Farooq said. She points to policies and laws that are made by governments, but don’t represent the real issues that women face.

"The clearest example being the fact that tampons and pads are considered luxury items," Farooq said. "That sends a clear message that there was no female in the room when that decision was being made. That's why we need everybody at the table to talk about what hurts them.”

And she thinks it’s especially important to make sure that table is as inclusive as possible.

"Not only women, but women of colour, Muslim women, we really, really, really need their voices right now, in rooms where policies are being made." Whoever you are, stand proud, says Sadaf Jamal.

Representing Muslim women at the Women's March on Washington, Jamal felt it was important to show her support for diversity among women.

"We stand together, we stick together, and there's nothing wrong with being different," Jamal said.

Jamal was invited to join the march by one of its main organizers and was excited about the opportunity to support a cause she felt strongly about.

"We're coming from Canada all the way to Washington to show you our support," Jamal said. "Stand strong, you belong, you are here to stay."

Coming from a minority group Jamal felt there was a lot of meaning in this peaceful demonstration and wants other Muslims to feel proud of who they are.

"Educate others about yourself," Jamal said. "Do not go into hiding and do not feel marginalized, we have your back." 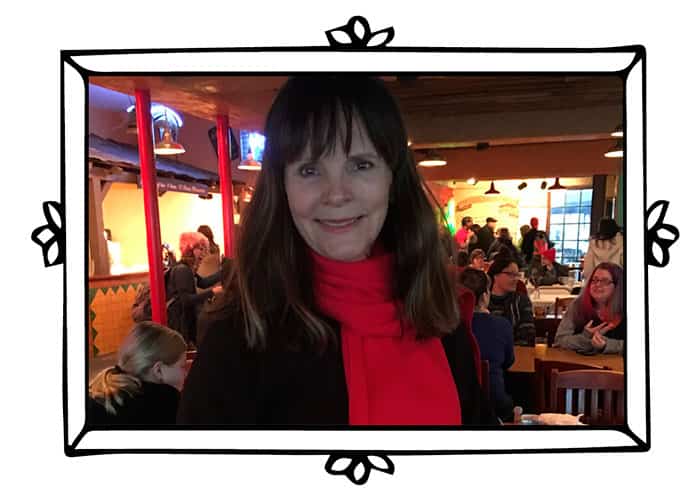 The distance and cost could not keep Alexandra Lapko from marching in Washington.

She and her good friend Bev Edwards-Sawatsky (whose story is below) knew they had to be part of the women-led movement, and flew from Edmonton to Toronto to join the Canadian delegation headed for Washington.

"We decided it was worthwhile for us to be here," Lapko said. "To join in with all the other women who are mobilized to march."

For Lapko, what most stood out in the days following the presidential election last November was the feeling that good could come out of something seemingly negative.

Whether it’s distrust or fear, Lapko says it’s important to, "let go of those pieces and work with the energy that is in this room and around the world so we can make a difference."

Travelling for more than 10 hours by bus from Toronto, Lapko was excited by the diversity of ages present.

"There's women older than us travelling on their own," she said. "And there's a lot of young women as well, and I feel so honoured that they're connected with this situation of our world, that they would take the time to do this."

That’s because, for Lapko, speaking up is about more than herself.

"We're speaking for this generation and our daughters and our future generations, so it's important we have a voice so we can project our rights and our ability to have equal pay and equal work and be treated with respect." 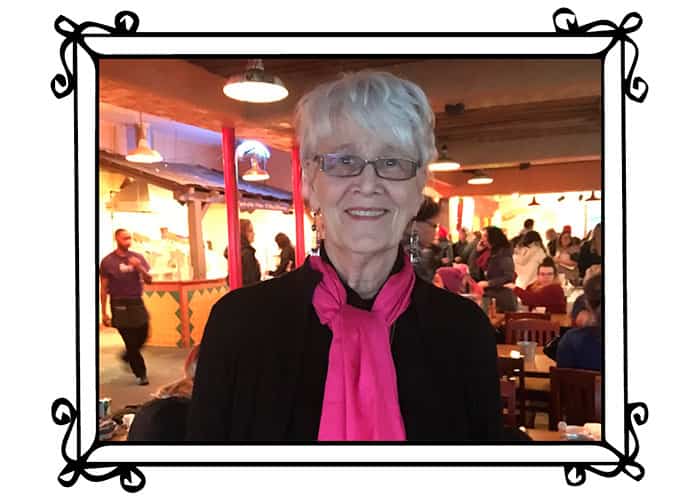 For her 70th birthday, Bev Edwards-Sawatsky decided she wanted to march in Washington. So she left her home in Oyama, B.C., meeting up with her friend Alexandra Lapko (whose story is above) in Edmonton, then flying to Toronto, where the pair boarded one of the buses heading south to Washington.

Armed with her walker and her belief that there is so much more that can be done to improve equity, specifically for diverse groups, she was ready to join the hundreds of other Canadian women who were traveling to Washington to show their solidarity.

“To do this kind of march is a first time for me,” she says. But “it just felt critical. I could be in the last quarter of my life, who knows. But [I want] to ensure that progress has been made and [we’re] moving forward.”

Despite the negative rhetoric that came out during the election, Edward-Sawatsky wanted to keep a positive outlook.

"This is how I wanted to mark my 70th birthday—being part of a group of people willing to stand up and stand out to be there together. I wanted to be part of the many that said, ‘There is another perspective that we need to speak about,'" she says.

She has always feeling like her political voice was important because of the strong female influence in her family, which is why knew she did not have to remain silent now and could make a change.

"I've had three generations of women speaking up and speaking out. I was lucky that I grew up believing I could do what I wanted to do, what I set my mind to, and I would like all people to feel that way,” she says

Tales from the Women's March on Washington: Why five Canadian women made it their first protest