Share
Creating the Butter Tart Trail
Behind the gentle smile, April Marshall's frustration is apparent. We're sitting in a vinyl booth at Munro's on Main, a cozy diner in the small town of Mount Forest, Ontario, a couple hours northwest of Toronto. Over a plate of gooey butter tarts swimming with raisins, Marshall, who is the tourism, marketing and promotions manager for the Township of Wellington North, explains the care that went into creating the Butter Tart Trail.

It was 2006, and the community was looking for a way to bring more visitors to this off-the-beaten-track part of Ontario. According to Marshall, Mount Forest and the surrounding communities in the Township of Wellington North have long been a hotbed of butter tart creation and innovation, so she personally visited numerous local bakeries (and several other businesses) to rally them around the idea of a butter tart map which would encourage visitors to take self-guided eating tours of the area. "We were so proud," she says. "Everyone came together to promote it."

But then, last summer, word got around about a rival operation in â€¨Ontario's Kawarthas Northumberland region, something called the Butter Tart Tour. This group was not so far away and had the cash to advertise in big-city newspapers. "We had worked so hard to create this unique thing," says Marshall. "Then they came in, changed a few letters, and threatened to take away everything we'd worked on." They seriously contemplated a lawsuit, and had a lawyer dispatch a cease and desist letter to the rival operation, claiming that it had infringed on their trademark.

For their part, the folks at the Kawarthas Northumberland Regional Tourism Organization 8 (RTO8)—which includes the City and County of Peterborough, City of Kawartha Lakes and the County of Northumberland—were completely taken aback by the adversarial attitude adopted by their counterparts in Wellington North. "We hadn't anticipated that response. We thought there was enough distance between the two places, and that we were doing something different," says Christine Painter, regional project manager with RTO8.

Reaching a butter tart truce
We've met for lunch at Doo Doo's, a homey little roadside restaurant in the village of Bailieboro, just south of Peterborough. As we munch on owner Diana Rogers' decadent, sweet and salty bacon-and-maple-syrup butter tarts, Painter lists all the ways the Butter Tart Tour is different from the Butter Tart Trail: the latter lays out an itinerary for people to follow, while the former is more of a buffet, offering up 37 locations in no particular order; the Trail includes shops and studios selling butter-tart-related merchandise, whereas the Tour is limited strictly to bakeries; and finally, the Tour's bakeries must meet certain criteria, such as baking everything on site, being open regular hours, and selling only fresh individual tarts. Tour organizers reasoned that the two tart-themed initiatives were akin to wine trails, and that nobody would think it unreasonable for two wine-growing regions to each have one.

Their lawyer agreed. A long, detailed response to Wellington North's cease and desist letter was drafted, outlining all the differences between the Tour and the Trail, the inability to own the words "Butter" and "Tart" and the geographic separation clearly stated in the name. The situation was tense—two communities willing to go to war over a love of tarts.

In true Canadian fashion, cooler heads prevailed and the two sides called a truce. The Tour agreed that, because it is in the tourism business and not the butter tart business, it would add the words "Kawarthas Northumberland" to its name in all of its advertising. And both groups participated in a butter-tart tasting organized by the Ontario Culinary Tourism Alliance in Toronto last August.

Ultimately, the controversy may have been good for both communities—it generated so much publicity that bakers in both regions had a banner year, reporting much better sales than usual. "The Kawarthas Northumberland Butter Tart Tour has already been a big success for many of our bakers, with sales up and new customers saying that hearing about the Tour brought them in," says Painter.

Nevertheless, while the tensions have cooled, the passions remain. "It's not about who has the best tarts," insists Marshall. "That being said, I'm sure that we do." 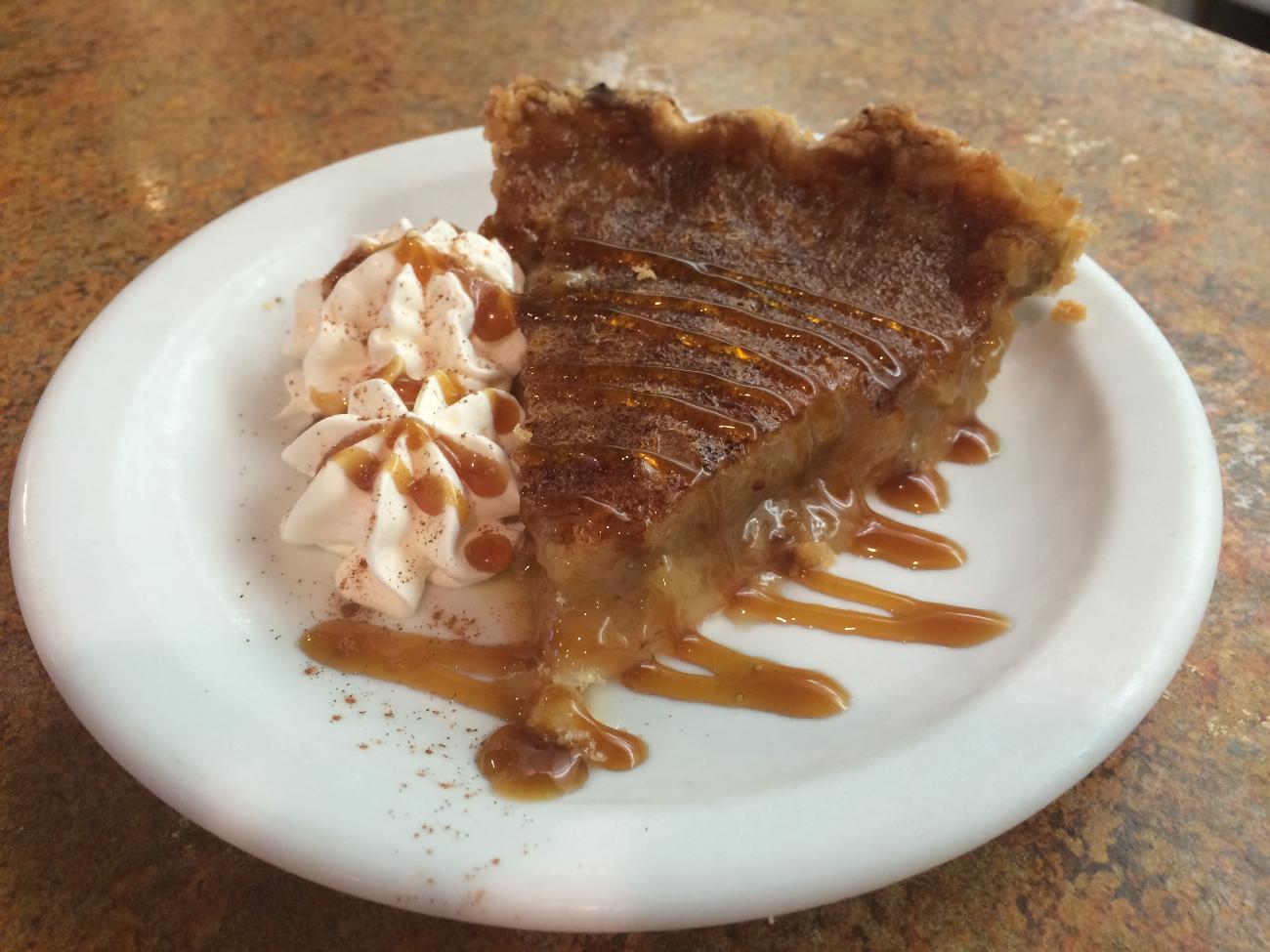 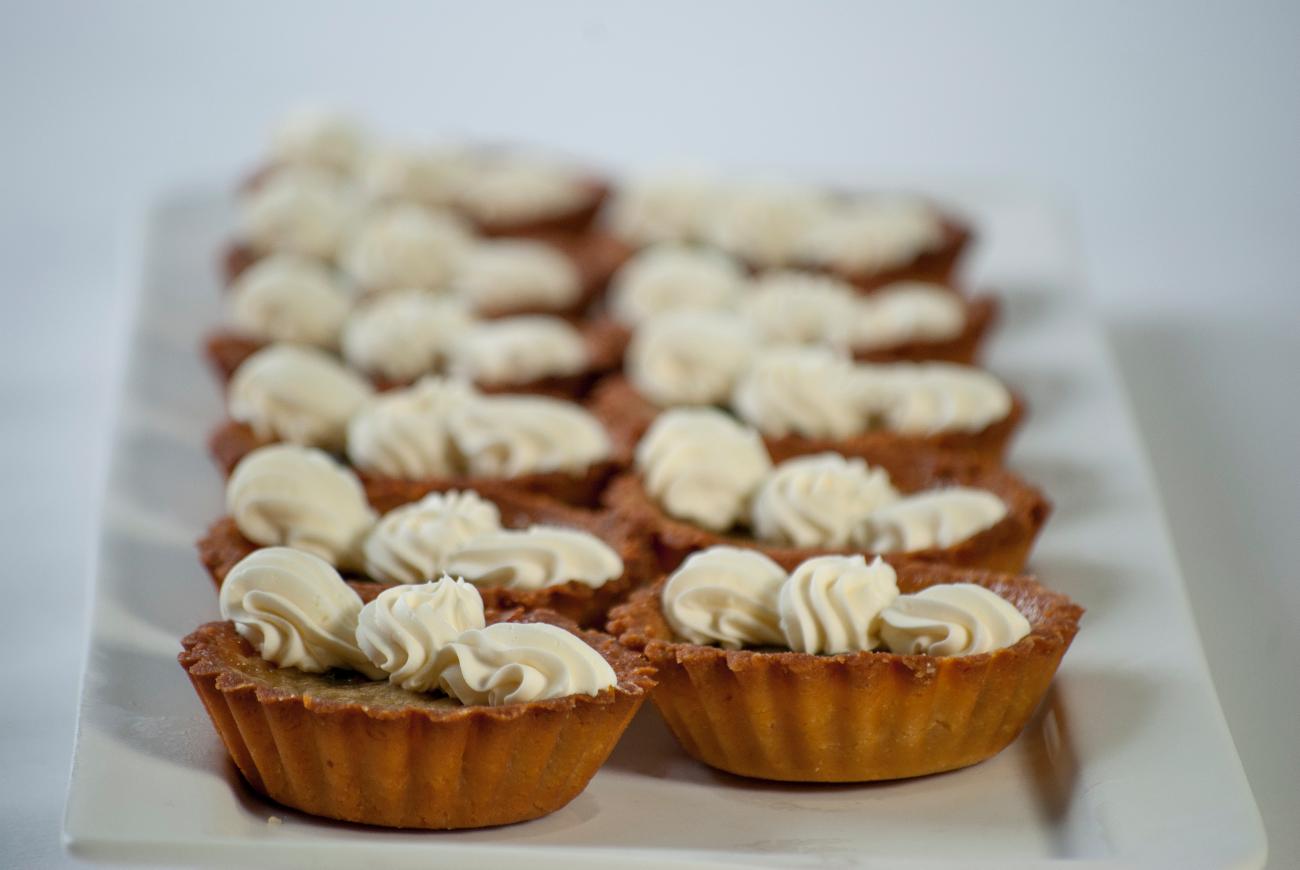 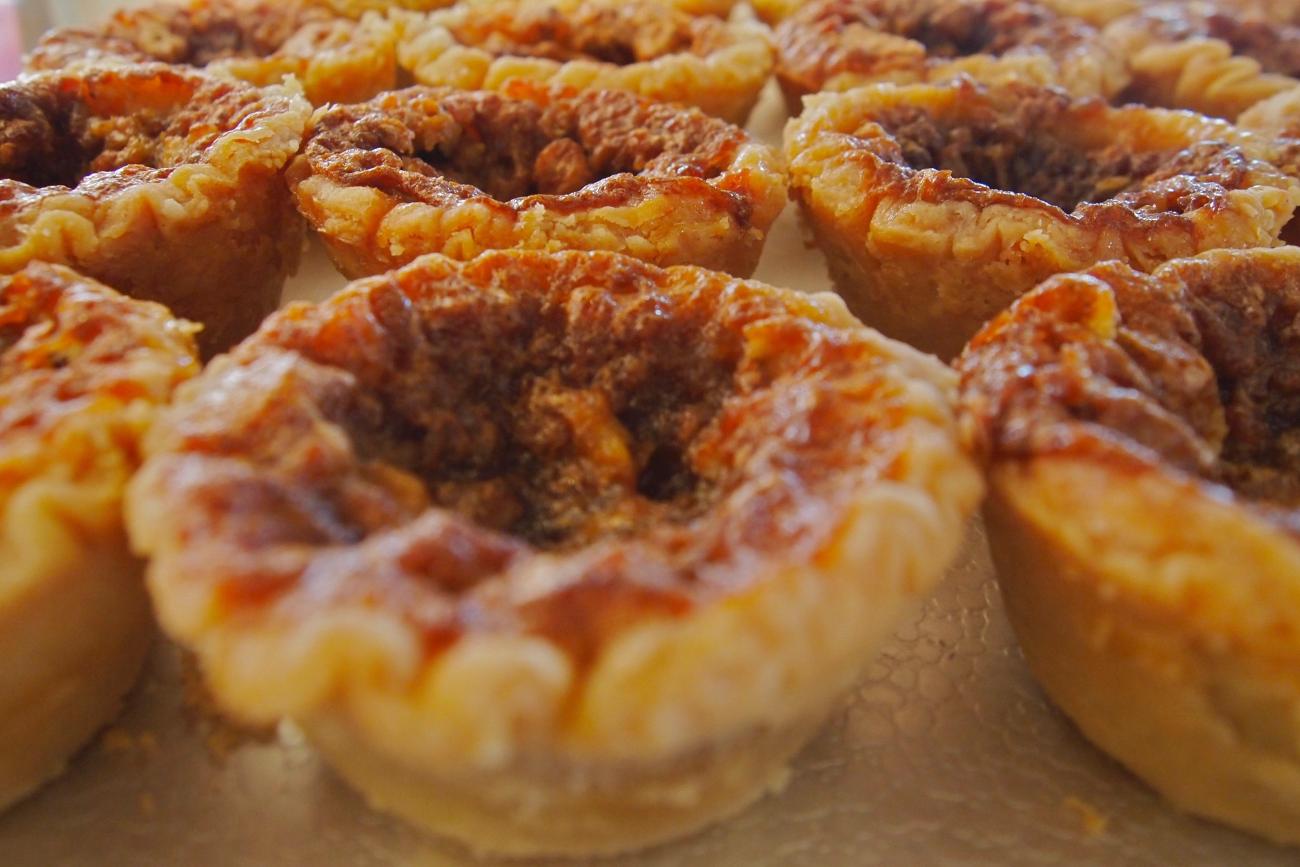 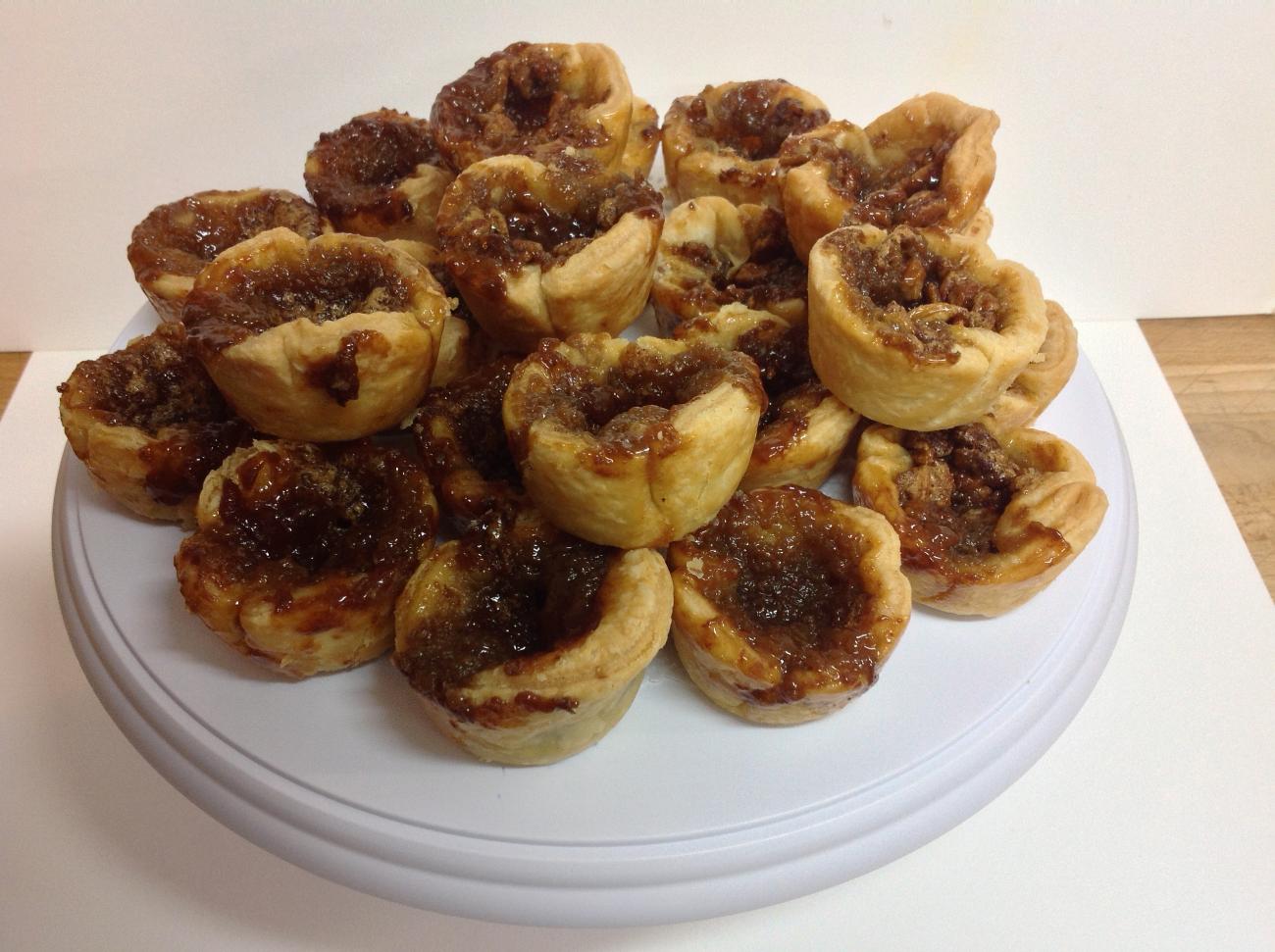 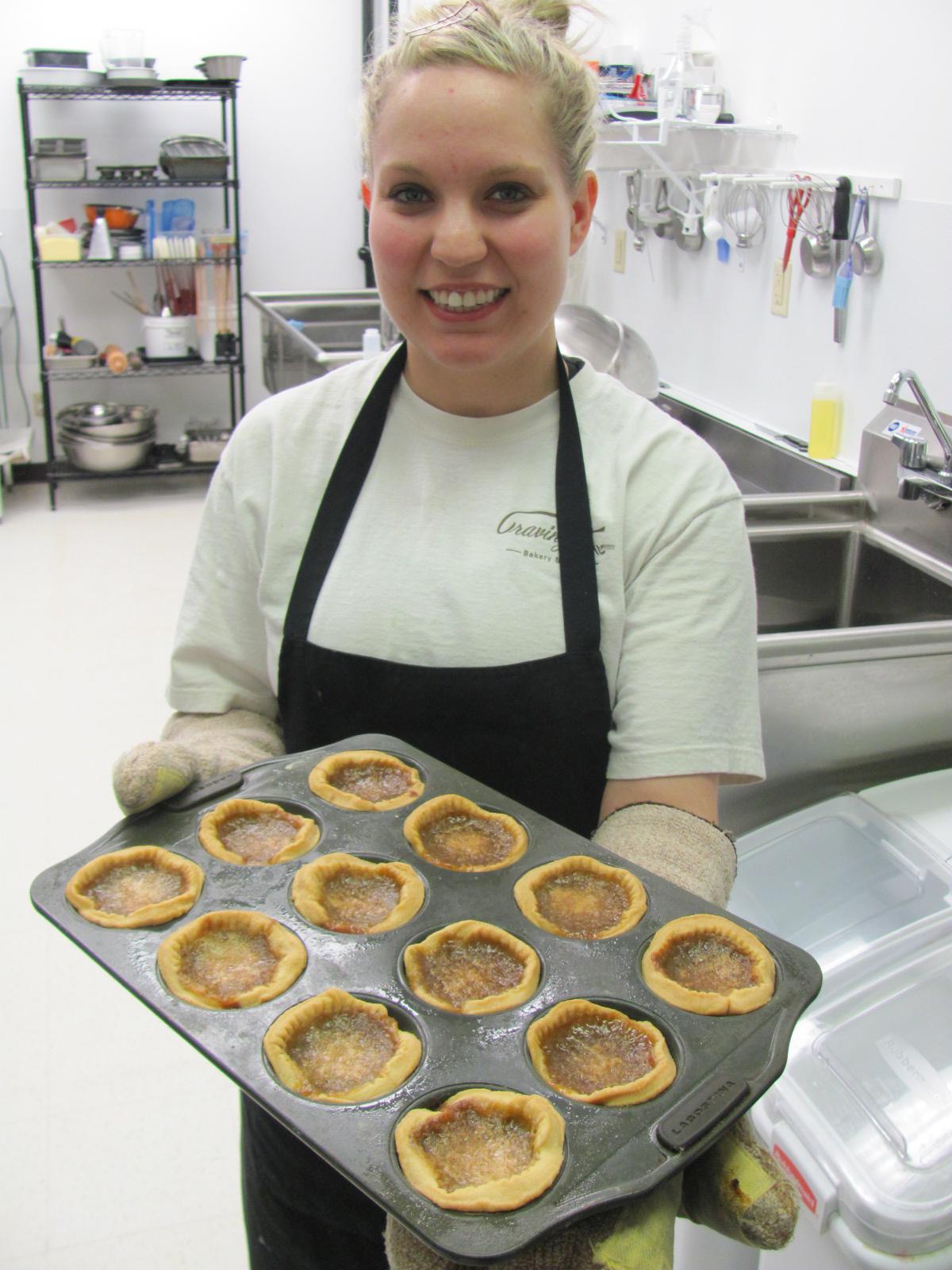 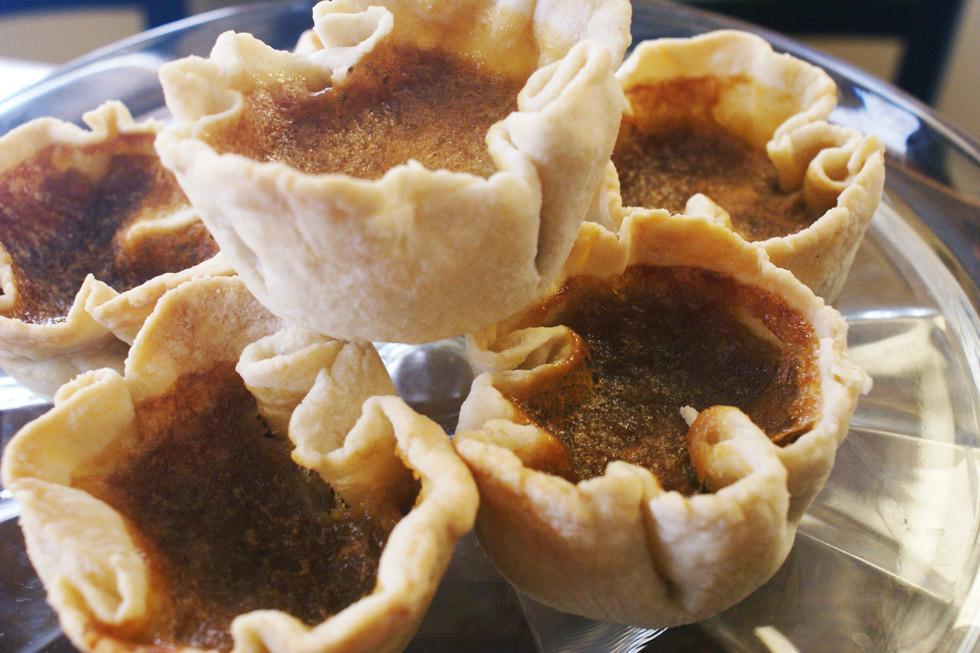 A quaint restaurant in a red house north of Mount Forest. One of its specialties is a delicious butter tart pie, which owner Marie Plume bakes in her own home. Learn more about how the butter tart sparked a regional feud.

An upscale retreat where pastry chef Khushroo Khambata has taken the tart to new heights. Khambata, who spent 12 years at the Four Seasons in Toronto, has created a gluten-free tart with currants and infused with maple syrup.

Cara Mia Bakery, in Warkworth, is run by a husband-and-wife glassblower-potter team, that promises "the best jugs and tarts in town." When not making pots, Monica Johnston makes tarts filled with maple syrup tapped at a nearby farm.

This Peterborough cafe is owned by pastry chef Heather Dickie and chef Kyle Guerin. The recipe for their tarts has been passed down through the family—the filling is from Heather's great-grandmother Ann, while the pastry is from Kyle's grandmother Phyllis. If you ask, they'll show you the original recipe cards.

This Mount Forest diner makes its own butter tart ice cream. Its tarts are incredibly fresh, and whenever possible the ingredients are sourced within 10 kilometres of the restaurant. The chef inherited the recipe from his grandmother. Another bakery to check out is the Misty Meadows Country Market, a charming rural shop with no computer. The tarts sold there by Alvin Martin are made by local mennonite woman. Make this sweet treat at home! Check out our best maple butter tarts recipe.


Whether you're a butter tart purist or you prefer them with raisins and nuts, we have the perfect maple butter tart recipe for you.