Ever dream of leaving city live and moving to the country? Here's one family's experience with the modern homestead.

Owning chickens brings me more satisfaction than I ever imagined it could. My routine of letting the hens out of their coop in the morning, being rushed by them as they greet me, throwing handfuls of corn on the ground for them to peck at, then collecting their still-warm eggs alongside my toddler makes me happy in a really simple way.

It's hard to believe my life was so different just three years ago.

I'd always been a big-city girl. After living in London, Sydney, Las Vegas, Vancouver and Halifax, I'd have laughed if you told me I'd be living in a village of 1,400 in rural Nova Scotia one day. But, as I got older and became a mother, I realized I wanted something different, something simpler.

For five years, it was just my daughter, Perdy, and me, first in an apartment and later in a small house. My dating life was horrible, and after a brief disastrous relationship three years ago, I figured I'd be a single mom forever. Then, I reconnected with Ian, a friend from my university days back in England. Following an online courtship, Ian visited for two weeks in June 2011. Perdy and I fell in love with him, and he with us. I told him that, if the relationship were to go anywhere, he needed to move to Canada, marry me, want a baby soon and want to buy a farm.

In answer, he did. Ian moved in January 2012, and I was pregnant by the end of the month. We married in April, left the city in June and welcomed our son, Carmelo, in October. Now, our second child together is due in August.

Our current house is one of the first we looked at. We adored it but didn't have proper financing in place, and someone else snapped it up. Heartbroken, we toured other farms in our price range, but they were either too far from Halifax (I didn't want to be isolated from restaurants and my urban friends) or total wrecks. When our dream house came back on the market a few months later, we jumped on it—and through hoops to secure property insurance. Being a registered heritage home, the property is protected by government legislation (a paperwork nightmare we were ill-prepared for), meaning you can't change certain features. But we managed to finalize the sale. The house was obviously meant to be ours.

Set on nearly five hectares, our plantation-style home has eight fireplaces, a library and wood-panelled rooms. Considering the average price for a house in Halifax was $270,742 in 2012, this beautiful home was a bargain at $150,000. So it's no surprise that it's a complete money pit, and though I often curse it when things go wrong, I never want to leave. 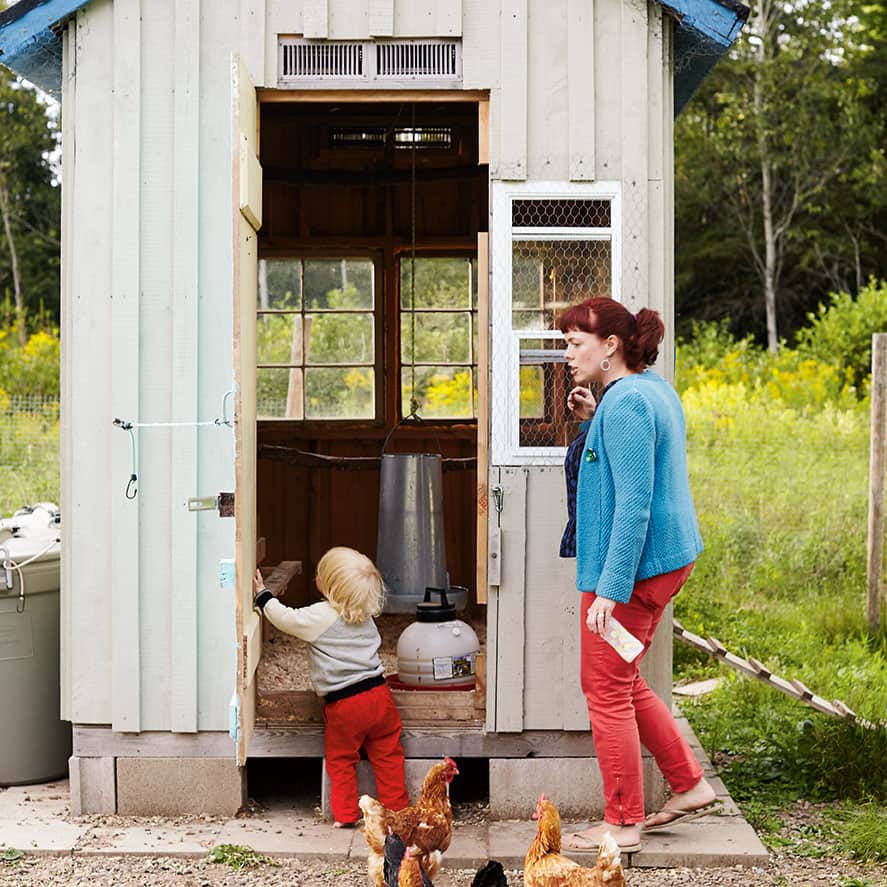 The goal (and the reality)

My family and I would love to be self-sufficient. We thought that, by now, we'd have goats and I'd be making artisanal cheese; in reality, it's a struggle to afford the wood to build raised garden beds, let alone a goat shed. We also need a tractor to clear our land, as much of it is overgrown scrub. Thankfully, our helpful neighbours share their time and equipment with us. We'll get there eventually, but it's easy to become frustrated when money pours into boring but important expenses such as repairing our well ($2,400) or replacing our oil furnace ($5,600) after discovering it had a fist-size hole (oh, so that smell in the bedrooms was burning fuel!).

We didn't consider how much we'd spend on gas and car maintenance. It takes 30 minutes to drive anywhere, including the supermarket and my daughter's twice-weekly dance lessons. The wear and tear on my 2006 Honda CR-V means the "check engine" light is always on, indicating some kind of costly maintenance needs to happen. Ian's job, an hour away, necessitated a second car—another added expense. And in the winter, we can get stuck at home until the snowplow clears the roads.

That probably sounds depressing, but walking around my drafty home, I feel
a deep sense of satisfaction and can't believe that Ian and I get to live and raise our children here. So, yes, we're in debt up to our eyeballs, but in our hearts, we know we can make it work—and it isn't like our city friends aren't carrying tons of debt, too.

Even with its challenges (and, believe me, there are many), most of the time, we're happy that we made the move because of what it has given to our family:

We are connected more closely to our food.

The pork we eat comes from our neighbour Frank, who lives just across the road. We know how it's raised (naturally) and believe it tastes better for that. Our 12 hens produce enough eggs that I have a few dozen left over to share with friends every week. I'll preserve anything that I can forage or that neighbours share with us (crabapples made a delicious chutney last year, and green beans were pickled to perfection). I've frozen dozens of jars of kale-and-chard pesto.

The blueberry bushes by our back door are heavy with fruit through late summer. We grew so many tomatoes last year that we're still pulling them out of our freezer. Our broccoli and cabbage were destroyed by slugs, and rabbits ate all of our lettuce before I rabbit-proofed our gardens, but we embrace each setback as part of the learning process. 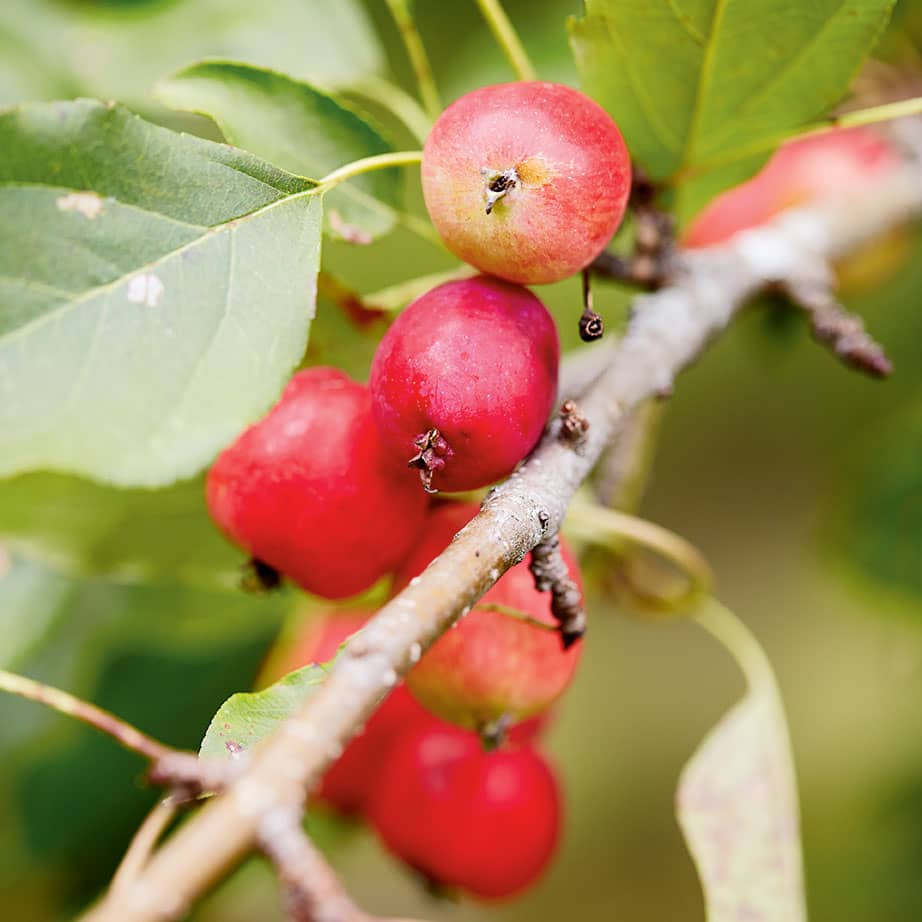 Perdy's life is exactly what I'd dreamed of for her.

She walks across our meadow and the next-door minister's front yard to her elementary school, where she is one of 52 children. The school is lovely, and she thrives in a split-grade class of 13 children. We often have her friends over for playdates that involve fort-building in the woods around us. In the summer, we walk her little brother down to the river, with its small gravel beach and natural swimming hole, at the end of our driveway. In the winter, we skate on our pond, which has been the community skating rink for as long as anyone can remember. I've never been much of a helicopter parent, but I really feel as though I can give my children the freedom to explore out here. 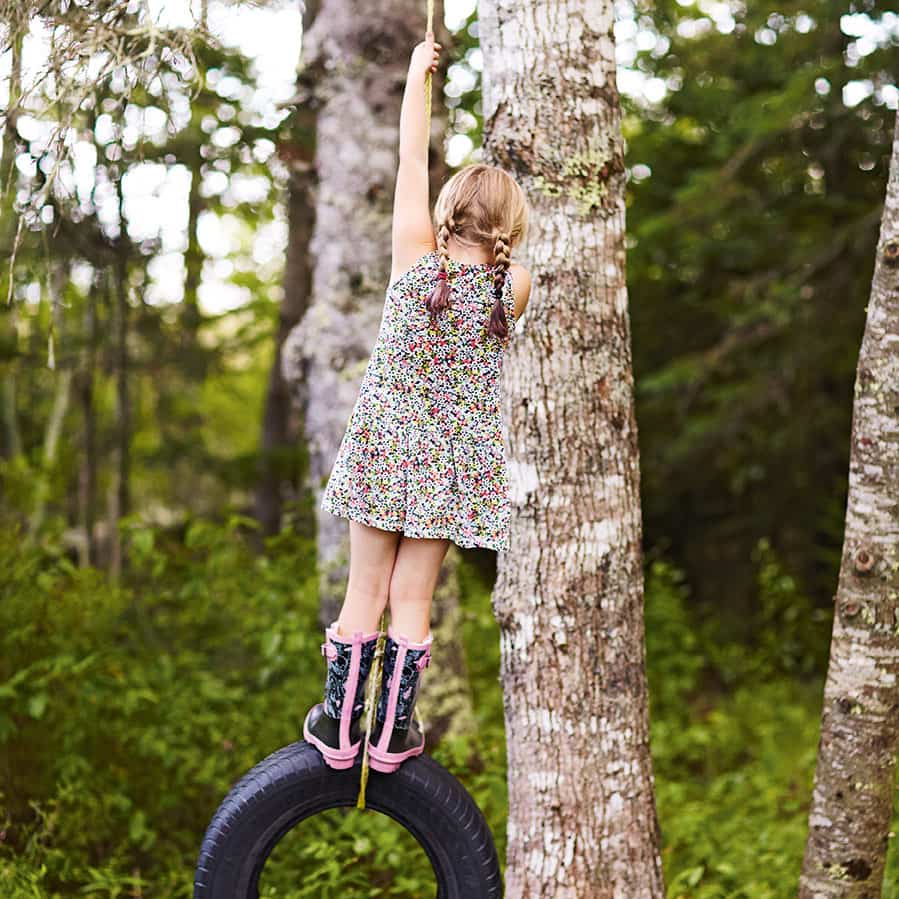 We have found a place to call home.

We were worried that it would be lonely out here, that it would be difficult to integrate into village life, but we were welcomed with open arms. There are other families who moved from the city for similar reasons, as well as plenty of born-and-bred locals whom we adore, too. My husband and I are now members of the volunteer fire department. We aren't religious but have attended church events (Carmelo even played baby Jesus in the village's live nativity).

We're always looking for ways to contribute to our community, despite our limited rural skill set. Moving here has made our lives more trying in many ways, but there's such satisfaction in what we're doing, it seems worth it. I am where I want to be, and this is how I want our kids to grow up.

The modern homestead: From city life to country life