When 12-year-old Craig Kielburger first made headlines as the kid speaking out against the atrocities of child labour, he had a unique advantage – supportive parents who believed in his cause.

Fred and Theresa Kielburger were determined to give their children advantages they’d never had. They worked hard, both as teachers and as strategic investors in Toronto’s hot real estate market. Their efforts paid off. By gradually buying one home after another, living in each, renovating them and selling them for a profit, they were able to build a comfortable life for themselves and their children. But they never forgot where they came from or the importance of having compassion for those who are less fortunate. While teaching their children how hard work could improve their own life, they also taught them how it could help them to improve the lives of others.

Their sons, Craig and Marc Kielburger, co-founders of WE Charity, say they are often asked about their parents’ influence on their lives. In Craig’s book Free the Children he answers this by saying, “It was my parents’ strong work ethic and belief that we must face challenges in life to achieve our goals that most influenced my brother and me. We grew up with the mottoes: Go for it! The only failure in life is not trying.”

Fred and Theresa got this can-do attitude from their own parents. As a child growing up, Theresa had experienced periods of homelessness. When she was nine, her father died suddenly, leaving her mother, Mimi, as the sole provider for four young children. With just a Grade Eight education, Mimi cleaned houses to keep the family afloat, but one summer work was so scarce that the family had to move out of their rented home and live in a tent. Through hard work and determination, however, she gradually, worked her way up from cleaning homes to an office job at the Chrysler Corporation, where she eventually became head of her department.

While Fred’s family was never homeless, they also struggled to make ends meet. Fred’s father was a German-Romanian immigrant who came to Canada with next to nothing during the Great Depression. Speaking very little English, he survived with his fists, competing in bare-knuckle boxing matches. Eventually, he found work as a handyman in Toronto’s affluent Rosedale neighborhood until he was able to save up enough money to open a corner store. In more than 20 years, the store closed for exactly one day, so the family could take a short road trip to Niagara Falls.

Both Theresa and Fred went to teacher’s college and began work in Toronto, but their childhood experiences and religious upbringings made them determined to help others. During her first year of teaching, Theresa joined Young Christian Workers, an organization dedicated to examining the underlying causes of social injustices and taking action. For a time, she even left teaching to run a centre for street kids in Toronto. 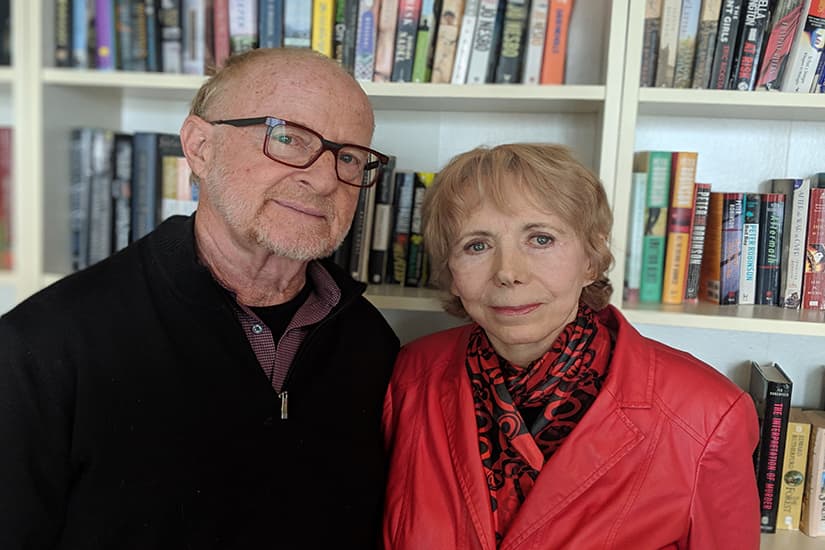 Image Courtesy of WE

Marc recalls in his book The World Needs Your Kid how his mom would always stop and chat respectfully with homeless people and give them some money. He says, “Mom taught us that every person is unique and worthy of acknowledgement. She showed us we should help because we have so much to give.”

Fred also believes in giving back. At the age of 21, he travelled to France and worked for a time helping mentally disabled adults. Later, when he returned to teaching, he volunteered as a Big Brother to fatherless boys.

When Fred and Theresa met and married in their early-30s, they vowed to give their children the advantages they’d never had and to teach them to become compassionate, contributing members of their community.

“We didn’t make much money back then as teachers,” says Theresa. “But we valued the importance of having a home. So, instead of choosing to have a large wedding, we put the money we’d saved towards a down payment on our first home.”

The year was 1975 and that first home they purchased cost them $40,000. Two years later, after renovating and redecorating, they were able to sell the home for twice what they’d paid for it.

They were hooked – real estate became their means to achieve their dreams. As teachers, Fred and Theresa had summers off so they started using that time to buy, renovate and resell homes.

“We never thought of it as anything but normal,” says Craig. “While other kids were picking out their camps for the summer or planning vacations, our family would drive around in our station wagon looking at homes for sale.”

Looking back, Theresa marvels at the energy they must have had to undertake most of the renovating themselves with two young boys. But before long, the boys started taking part as well. First, they helped with painting and wallpapering, but eventually they even learned how to install sinks, hang drywall and grout tile.

By contributing to their family’s projects, Marc and Craig learned valuable skills they took years later to their global charity work in developing countries.

Toronto’s real estate boom also enabled Theresa and Fred to help support the charity grow and expand. They even went so far as to move out of the family home they renovated to let Marc and Craig’s fast-growing charity, known at the time as Free the Children, take it over. Later, they sold the home and used the proceeds to buy the charity’s first legitimate headquarters in Toronto’s Cabbagetown neighbourhood. They provided that building to them rent-free for over a decade, until WE Charity eventually outgrew the location and moved into more formal office space.

Fred and Theresa live simply. They still drive a 2001 Chrysler van, which has a few dents and close to 300,000 kilometres. “We’ve kept it,” says Theresa, “because when all of the back seats are taken out, we can slide in four-by-eight-foot wallboard and other constructions materials.”

They still “dabble” in real-estate, but mostly focus on the next generation of their children and their nieces and nephews. Craig and Marc – both now married with families of their own – have publicly acknowledged that their parents helped them with their down-payments to get started living in Toronto’s east end.

As parents, Fred and Theresa couldn’t be prouder of their boys. The charity the brothers founded initially to bring attention to the horrors of child labour has grown into an international movement dedicated to creating a better world – a true example of what can be accomplished when you “go for it!”

Learn more about how Craig and Marc Kielburger are inspiring the next generation of young people and helping provide millions around the world with clean water, health and education.

Two teachers who helped their kids start a movement