Two-thirds of men and women believe movements such as #MeToo and #TimesUp are empowering women and prompting men to re-evaluate how they interact with women. These movements and the serious momentum they've gained in the past year show that times are changing, and we need to continue the fight for gender equality, encourage our girls to do great things and support women everywhere.
We caught up with Caroline Riseboro, the President and CEO of Plan International Canada, to discuss the impact today's movements are having around the world, how #WeMust can help amplify women’s voices and the ways to tackle common obstacles women face in the workplace.

Have you witnessed any changes in the workplace or in your field of work since the #MeToo and #TimesUp movements?

Plan International has a zero-tolerance approach to abuse and exploitation. As a child rights organization, we are committed to preventing all abuses of power and ensuring full support and safeguarding for those who do speak out.

Because our mission is to advance gender equality, I think a lot of our staff was already engaged in the kind of tough, uncomfortable and frank conversations around relationships and power that #MeToo has prompted. But these movements are certainly elevating and amplifying these conversations while also pushing us to become champions for change in our own lives, not just in the communities where we work internationally. 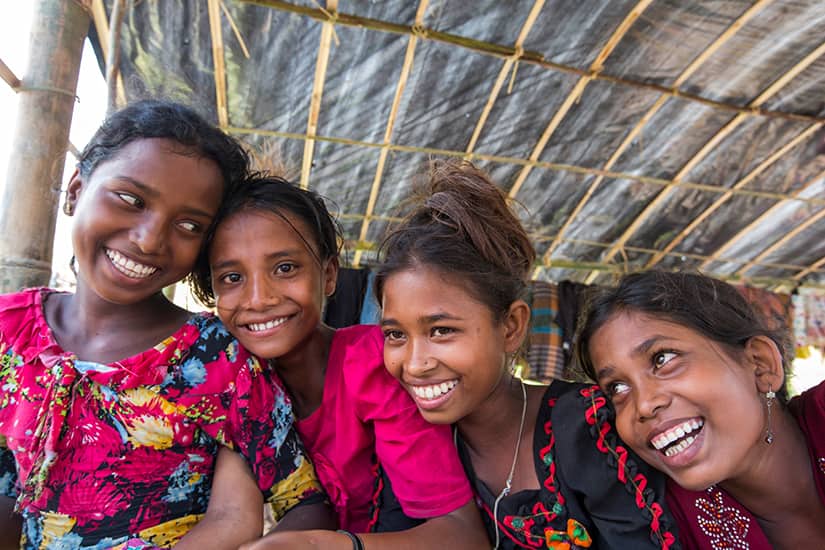 What do you think is the best outcome of the movements?

These movements have opened up a new space where girls and women can share their stories and lived experiences, which have been too long ignored or silenced. These conversations are the first steps in the path toward real, lasting change. But now my hope is that these movements start to influence change in behaviours and beliefs.

Plan International Canada released new survey data highlighting the significant impact of the #MeToo movement on changing attitudes and perceptions related to gender relations in Canada. The survey found that nearly half of Canadians said they believe social movements such as #MeToo and Time’s Up are paving the way for gender equality.

In my line of work, it can sometimes be challenging to remain hopeful. But when I read these numbers, I am hopeful. The fact remains that we will not move the needle significantly on gender equality until we examine our culture and our deeply held beliefs. Over the last six months, our survey tells us that everyday Canadians have been doing just that. 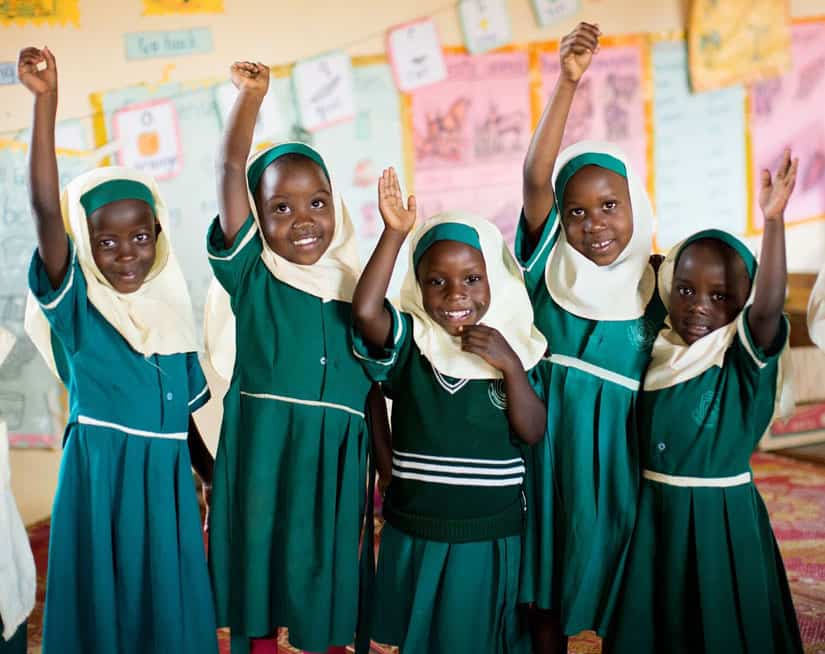 What impact has #MeToo and #TimesUp had on an international level? And what can we do to make sure these become global movements?

These movements have demonstrated that when girls and women feel safe and empowered to share their lived experiences, they are a force for meaningful change.

As the leader of an organization that fights for girls' rights, I am energized by this current of activism and advocacy on behalf of women and girls. Yet, as is too often the case, the stories of girls living in the Global South don't seem to captivate our attention with the same urgency.

Girls in the poorest regions of the world are among the most disadvantaged people on the planet, more likely to live in poverty, be denied education and healthcare, be malnourished, experience violence, and face early or forced marriage, or other violations of their rights:

It is important that this momentum continues to amplify women’s and girls’ voices globally so that we can listen to their stories. To mark International Women’s Day, Plan International Canada is launching a campaign called #WeMust on social media, asking Canadians to share what they believe #WeMust do next – collectively and as individuals – to strengthen the gender movement and propel it forward in Canada and around the world.

How can we ensure these movements don't lose momentum but continue to change the lives of women everywhere?

The research Plan International has conducted has shown us that, in order to transform attitudes and change the rules of society, there must be a specific focus on power, which today, remains largely in male hands. These unequal power relations often remain invisible and internalized. Until they change, nothing else will.

It’s important for all of us to remember that discriminatory gender norms can be challenged and power imbalances between women and men can be changed. But because they start at home, continue in school, and pervade every area of our society, these attitudes and beliefs must be confronted when we are young. Children aren’t born believing there are limitations on what they can grow up to be, or the role they can play in society. That’s taught to them, and they learn it quickly. So we need to ensure we start these conversations and challenge this thinking at a young age, to break the cycle of gender inequality and rigid stereotypes.

If not tackled, the stereotyping that holds girls back and places unrealistic expectations of being tough and strong on boys continues down the generations.

We also need to find a way to begin engaging men and boys in this conversation and work — because women and girls cannot change these systems alone. 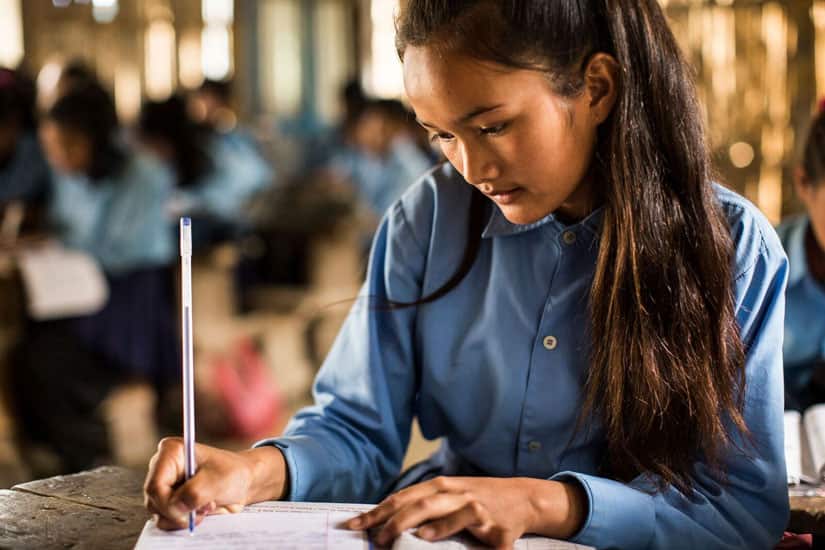 What challenges did you face as a female moving up the ladder and into a CEO position?

Throughout my career, I have discovered unwritten rules about perfection and performance that apply to women exclusively, and it’s clear they’re rooted in society’s long-held beliefs about what it means to be female.

This is especially challenging for women in leadership positions. We need to begin redefining leadership and executive roles. As they exist now, they are very much a product of the patriarchal systems that created them. We need to stop trying to make women fit into moulds, and start re-shaping the system to better elevate women of all diversities and backgrounds.

Despite what gender stereotypes may tell us, women excel at leadership. They do it every day at home, in their personal lives, and at work. They are not afraid to ask for help when needed and surround themselves with people that can support them.

Women in leadership roles can be met with unfair nicknames or references that men in similar roles with similar personality traits wouldn’t be associated with. Has this ever happened to you?

I absolutely have – what woman hasn’t?! The instance of this that stands out to me was a former female colleague stating that I only got promoted to an executive role because I was “good at selling myself.”  This was a veiled way of suggesting that I didn’t truly earn the executive role because of my capability or proven track record for delivering results, but rather merely because I could talk myself up.

I remember feeling defeated and calling one of my best friends for solace. My friend, who was also a female executive, gave me some very sage advice, “how else do you get an executive job if you don’t sell yourself?  Every man who has ever held an executive role has had to sell himself. Why should it be different for any woman?  Maybe that’s why she isn’t an executive and you are.”

I realized from that experience that women are held to a very different standard than men. We have to change these harmful gender and social norms if we are going to see women thrive equally in leadership positions. So I tell women all the time now, get really good at selling your capabilities, your skills, and everything that you can bring to the roles that you aspire to fill.

What advice do you have for women who feel the need to be overly friendly or even passive, to avoid such nicknames?

I would stand up to those harmful norms by standing in your truth. Those pressures are real and daunting, but you will never truly thrive in your role or life if you are not able to work and lead in your own way.

That being said I don’t think those traits are inherently negative. They are, however, associated with femininity, which can mean they’re diminished or dismissed in the workplace. But for certain leaders or in certain situations, passivity and friendliness may be what works best. The patriarchal playbook on how to lead doesn’t work for half the population anymore. We need to throw it out.

What is your advice for ensuring all employees are treated fairly and with respect in workplaces?

Workplace leaders need to start by acknowledging that deep-seated gender norms heavily influence how we work together, thanks in part to cultural expectations about the roles and responsibilities that men and women should have.

They need to start coming up with real, lasting solutions. Women are tired of doing all the heavy lifting. Every corporation and business in Canada should hold consultations with every woman on their pay-roll. They should listen – then act.

There has never been a better time to catalyze change on this issue. The numbers are all in. We’ve long had data telling us the benefits that employing and promoting women brings to the economy. Now, we know that Canadians want and believe in change in our gender relations. Most importantly we know what no data can tell us – that women have the inalienable right to meaningfully participate in society free from discrimination, abuse or fear.

There is nothing left to wait on. Business leaders and executives must embrace the need for change and lead by example.

What #WeMust do to continue to empower women and girls everywhere