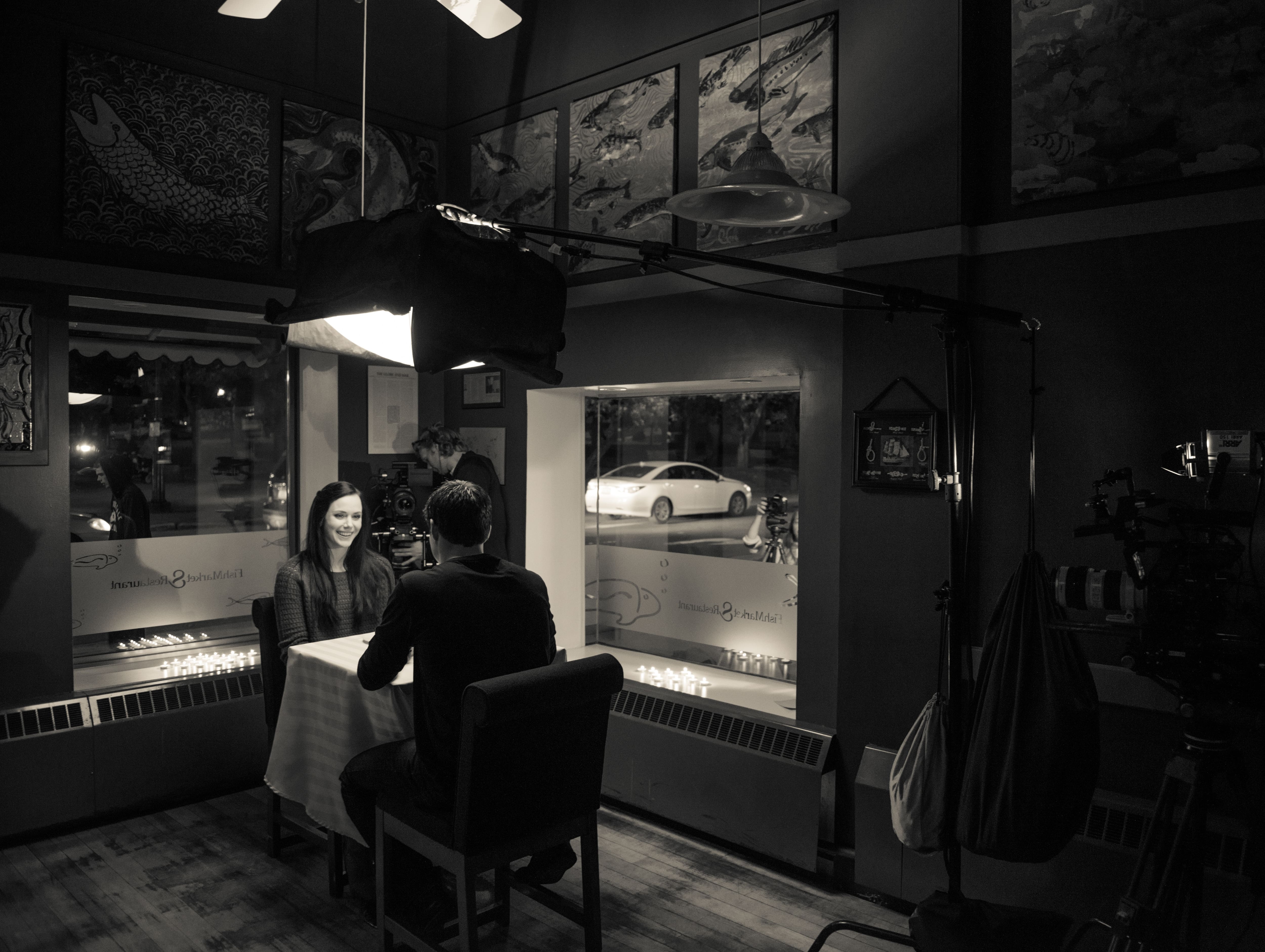 W Network docu-series Tessa & Scott is now halfway through it’s six-part broadcast. Informative, entertaining and at times fairly compelling, the show’s been a hit with many. Even John Doyle, television critic for The Globe and Mail gave the series his stamp of approval. “More fly-on-the-wall chronicle than generic reality show,” he writes, “it’s sharp and illuminating."

Here’s why I keep tuning in:

1. It’s a primer for competitive figure skating. I’ve learned loads about the figure skating world. For example, I didn’t know that skate camps happen before major competitions where you skate your programs for the international judges who then offer a frank assessment. You return to training to address their criticisms and then hit the competition with improved technique. I also didn’t know that Tessa and Scott have a team of coaches who concentrate on different technical aspects of ice dance. What will I learn next?

2. They’re genuinely kind people. Tessa and Scott have been well coached when it comes to giving quotes to the media. We’ve all heard the standard responses. Over the course of the series, however, you start to get a glimpse of their real personalities, not the camera-ready ones (although there’s lots of on-camera moments as well). Tessa and Scott seem really, well, nice—the kind of people you would love to have coffee with. When I interviewed the duo for Canadian Living a few months ago, my impression of them was that they were well aware of their media obligations but were good spirited, kind and ready for a chuckle. It’s nice to see nice people on TV once in a while.

3. Their relationship is mysterious and that’s a great hook. Something is always between these two, whether it’s camaraderie, tension, warmth or plain old love. They’re the best of friends, they’re like brother and sister—at times they’re almost romantic with each other and at others they’re just business partners. The complications of this relationship keep you wanting to see where things might go next.

4. We uncover the drive and ambition of two Olympic athletes. Tessa and Scott are completely driven. You see their hunger whenever they are on the ice. The stakes are high and they are working hard. I love seeing people strive for their goals—it’s inspiring. The politics of ice dance and the hierarchy at the Canton rink are also at play in the show.  As they share the practise ice with competitors Davis and White (also coached by Marina Zoueva) we see tension that is thick. In the third episode Tessa remarks that Davis and White don’t even sit in the same change room with them anymore. Awkward.

5. Tessa and Scott are super charming. Even if Tessa & Scott feels a little staged at times (their scene with Jean Marc Genereux comes immediately to mind, the ballroom dance champion and choreographer who teaches them to touch each other romantically), we feel invited into their personal and professional lives. We meet Scott’s girlfriend, we see Tessa and Scott's easy friendship with Patrick “Chiddy” Chan, and we see the ice dancers working hard, feeling stressed, joking around and being all-around adorable. When charismatic coach Marina Zoueva gives them hell, with a word or a just a simple look, you have to smile. And then in the next shot Marina's parading around with her pooch in a rolling suitcase.