1929
The first Academy Awards is held. 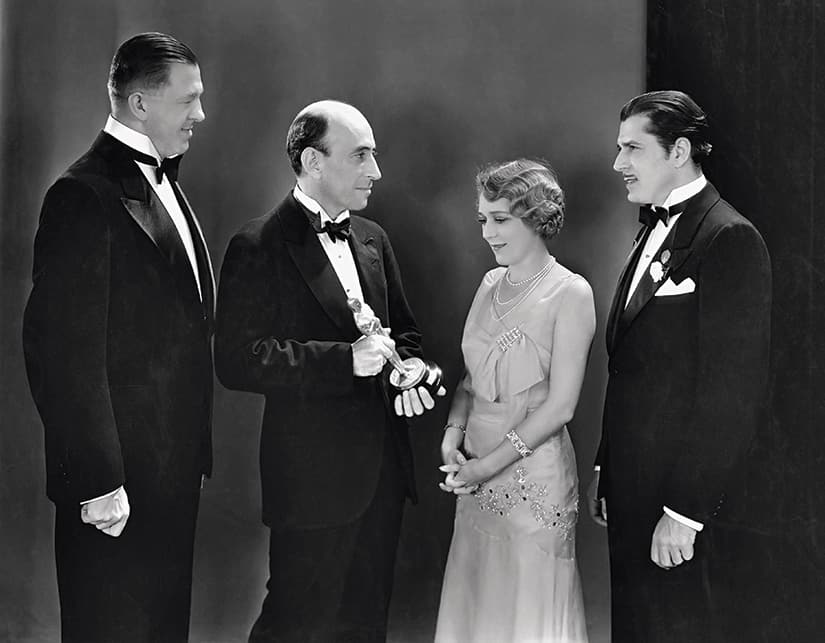 Toronto's Mary Pickford wins the second-ever Best Actress Oscar for Coquette, kicking off a Canadian streak. (Montreal's Norma Shearer and Cobourg, Ont.'s Marie Dressler will win in the next two years, but the reign won't last: No Canuck has won Best Actress since.) 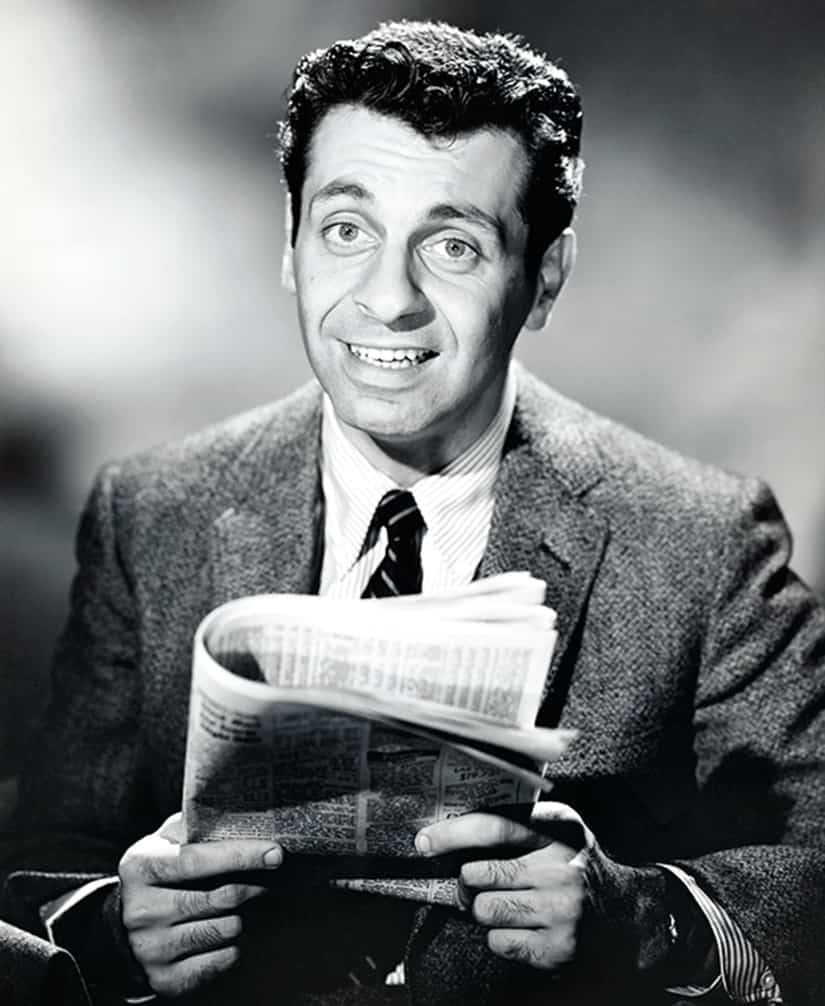 The only Canadian to host the Oscars is Montreal-born comedian Mort Sahl. And he merely cohosts, sharing the crowded stage with five others, including American funnymen Bob Hope and Jerry Lewis—which means Donald Duck participated in the Oscar presentations (1958) before a Canadian did. 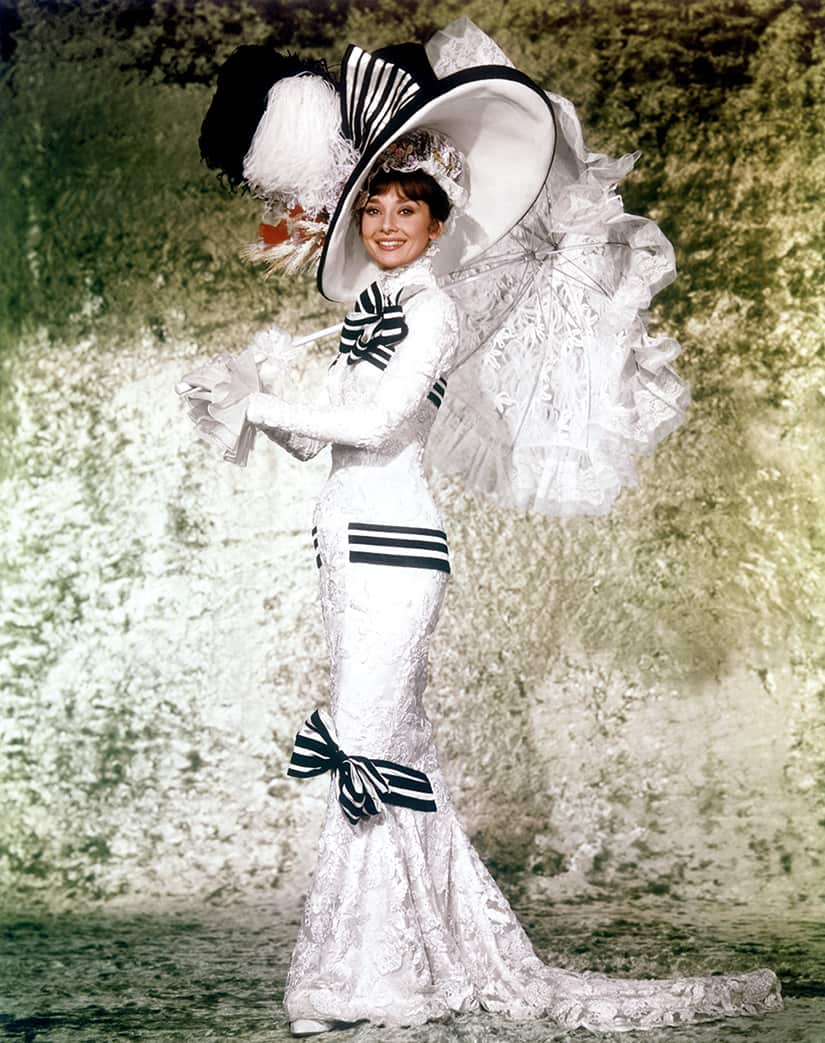 London, Ont.–born super-producer Jack L. Warner is the producer of Best Picture winner My Fair Lady. But he's no stranger to the Oscar stage: A widely told story about him recounts how when the Warner Bros. movie Casablanca won Best Picture in 1944, Warner hurried up to the microphone to deliver the acceptance speech while the film's actual producer, Hal B. Wallis, ended up trapped in his seat by Warner family members.

1983
Buffy Sainte-Marie wins Best Original Song for "Up Where We Belong" from An Officer and a Gentleman. The iconic singer-songwriter, whose 18th (!) album, Medicine Songs, is out now, looks back on that magical night. 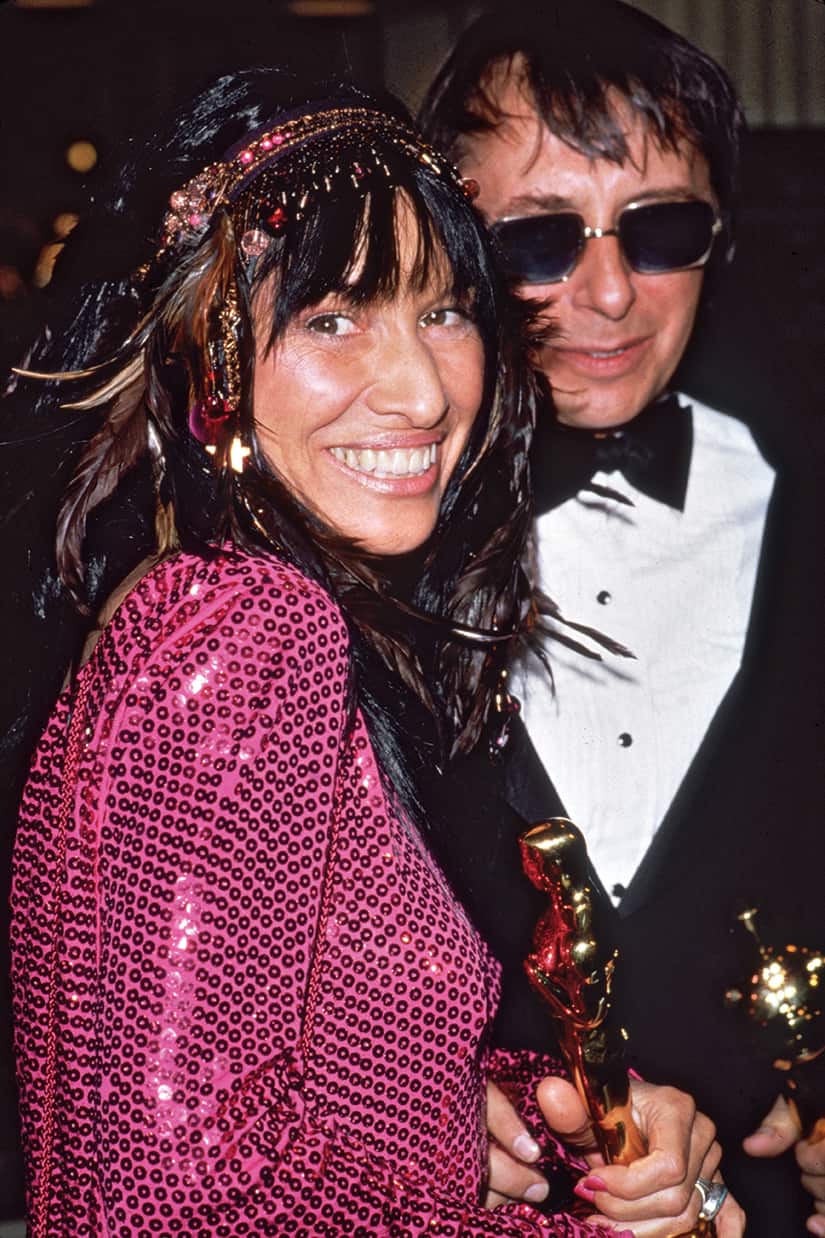 What was the highlight, besides winning? I remember that pink sequined dress! Holy smoke, it's a beautiful thing!

What was it like to share that moment with your cowriter and then-husband, Jack Nitzsche? Actually, Jack was having a hard time that evening, anticipating the worst even in the limousine before we arrived. Flashbulbs caused him optical migraines, and of course, photographers were everywhere—including on me in my hot-pink sequins—and he was furious, and I was trying to comfort him. It was only after our names were announced that he relaxed and really started to enjoy the evening. 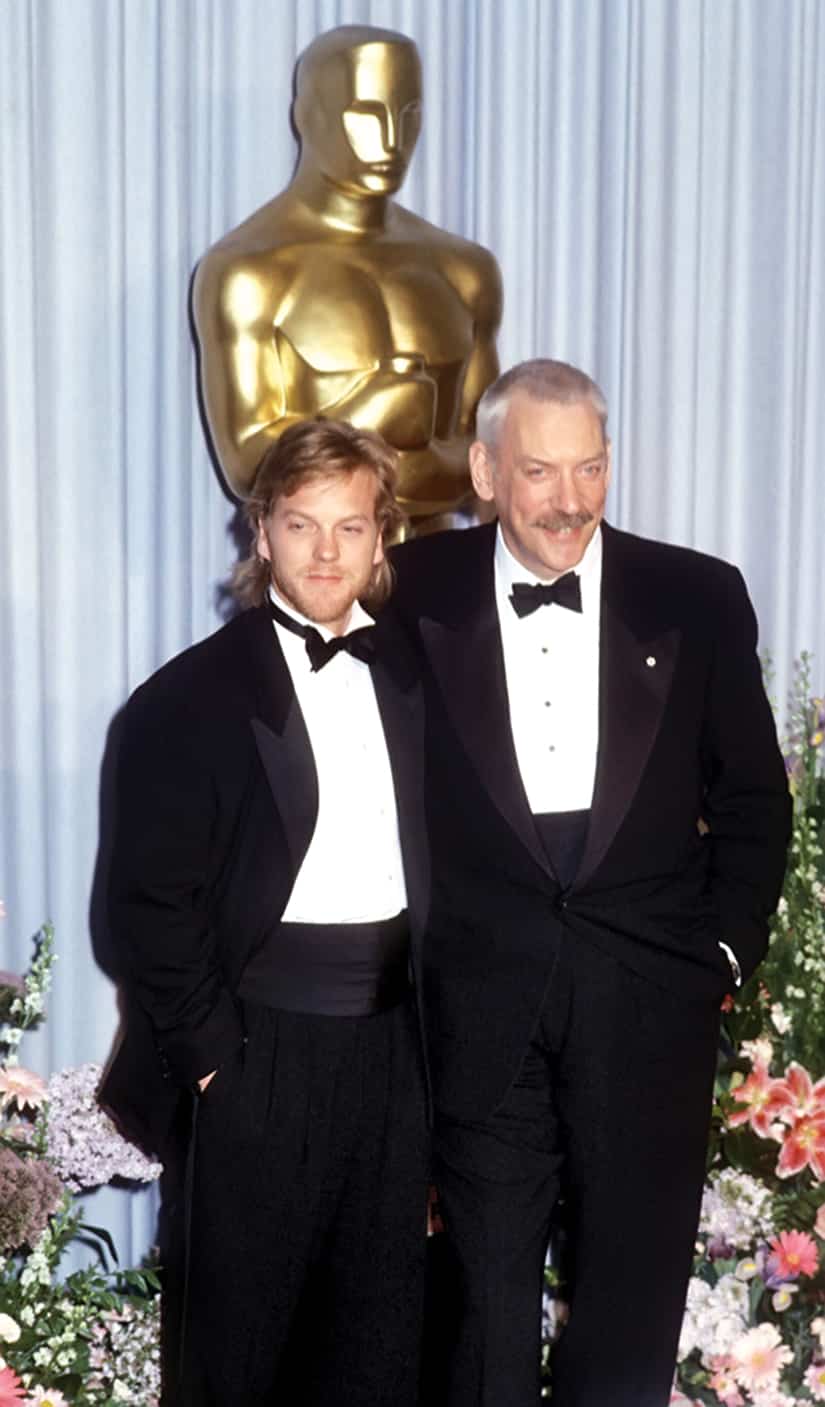 For its 50th anniversary, the National Film Board of Canada is awarded an honorary Oscar presented by Kiefer and Donald Sutherland. (To date, filmmakers from the board have also won 12 Oscars and scooped up 74 nominations.) 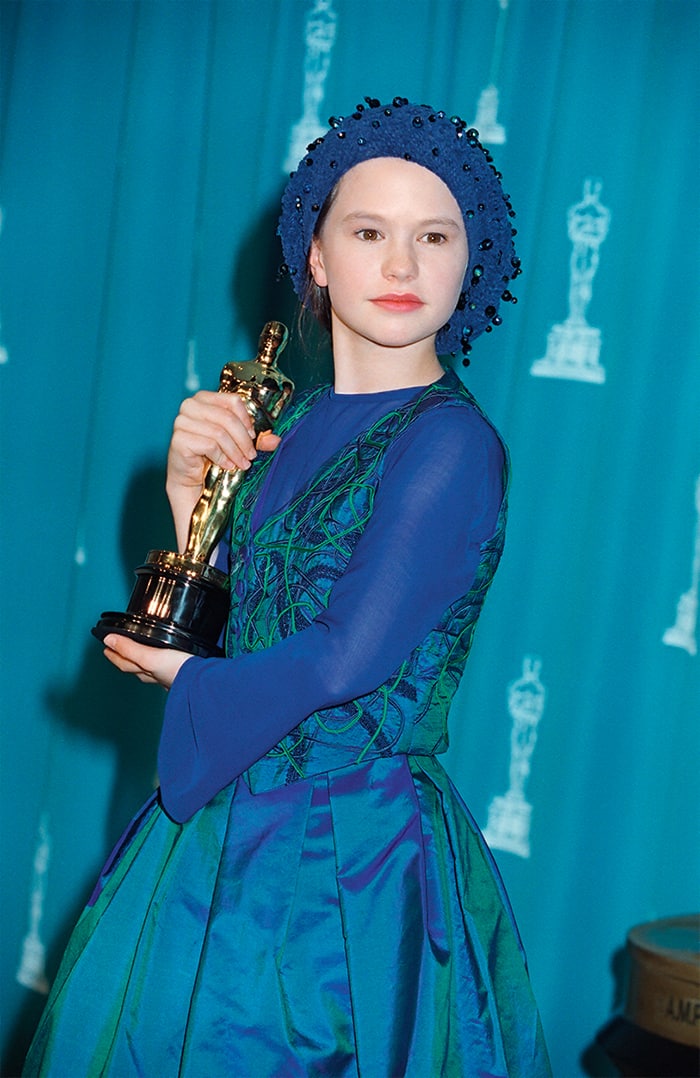 Eleven-year-old Anna Paquin breaks the Canadian curse when the Winnipeg-born actor becomes the first Canuck in 45 years to win an acting Oscar (Best Supporting Actress for The Piano). So what if she was raised in New Zealand? We'll take it! 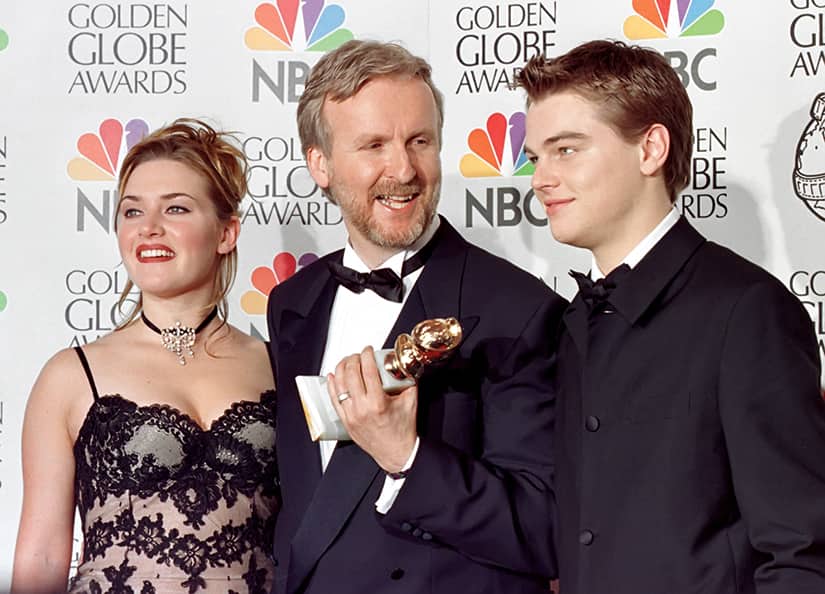 In the most-watched Oscars telecast ever, Titanic wins 11 of its 14 nominations, a victory for its Kapuskasing, Ont.–born director, James Cameron. Another Canadian who conquered this year: Céline Dion, who performed the Best Original Song winner, "My Heart Will Go On," while wearing a necklace inspired by the film's signature Heart of the Ocean. The piece features a 171-carat sapphire surrounded by 103 diamonds. 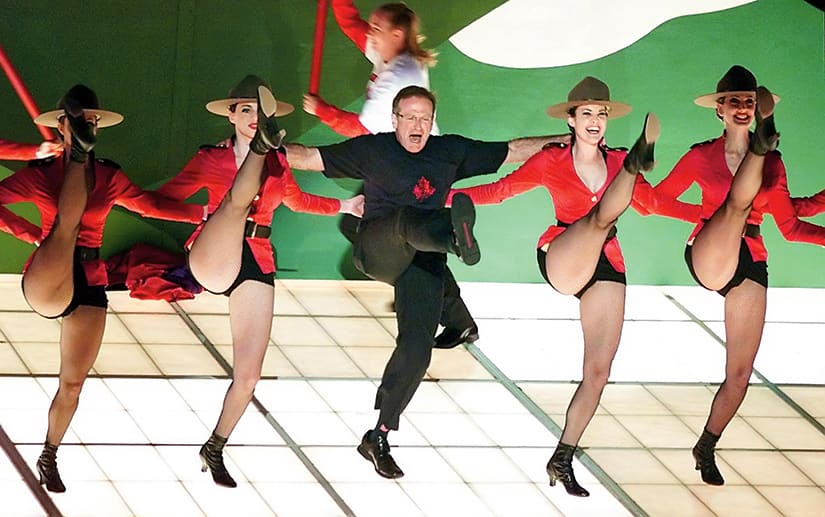 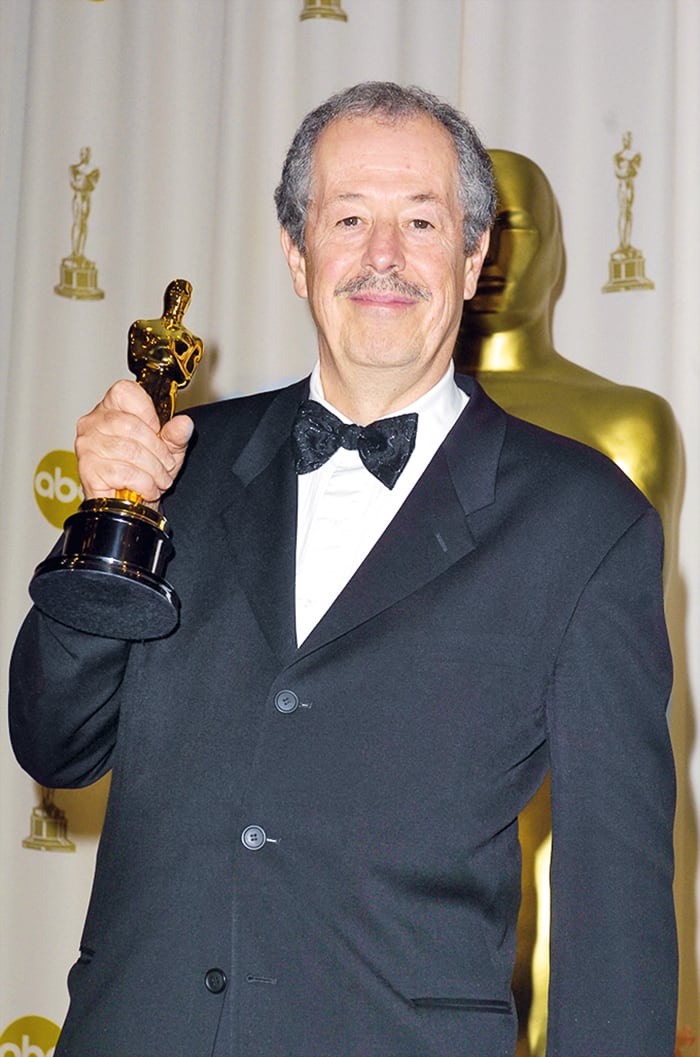 Denys Arcand wins in the Best Foreign Language Film category (the only Canadian so far) for The Barbarian Invasions. (Poised to break that curse is Montreal's Xavier Dolan, if only because the acclaimed six-time director
is still just 28.) 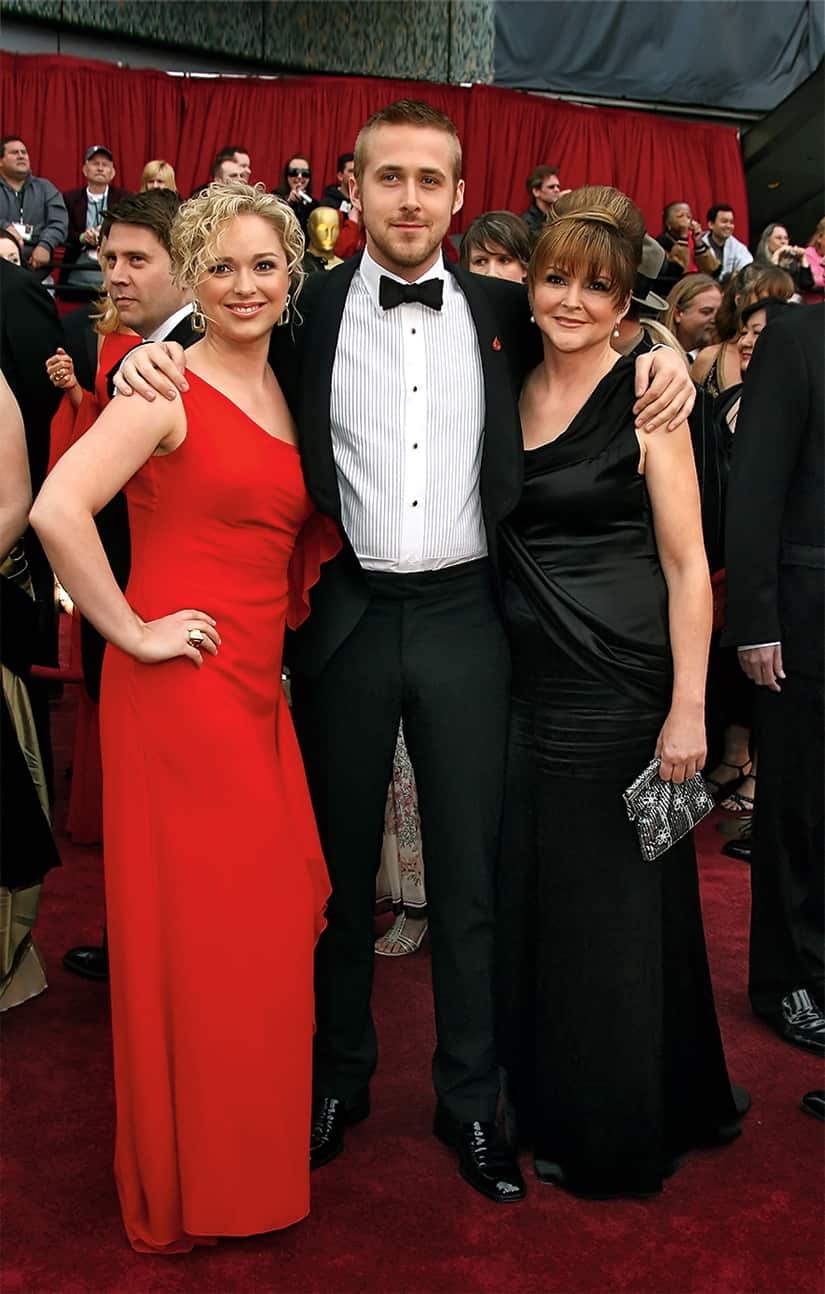 Ryan Gosling, nominated for playing a crack-addict teacher in Half Nelson, brings two dates: his sister, Mandi, and his mother, Donna. (When Gosling is nom­inated again, in 2017 for La La Land, he ties Saint John, N.B.'s Walter Pidgeon for most Best Actor nominations for a Canadian—but none has ever won a Best Actor Oscar.) 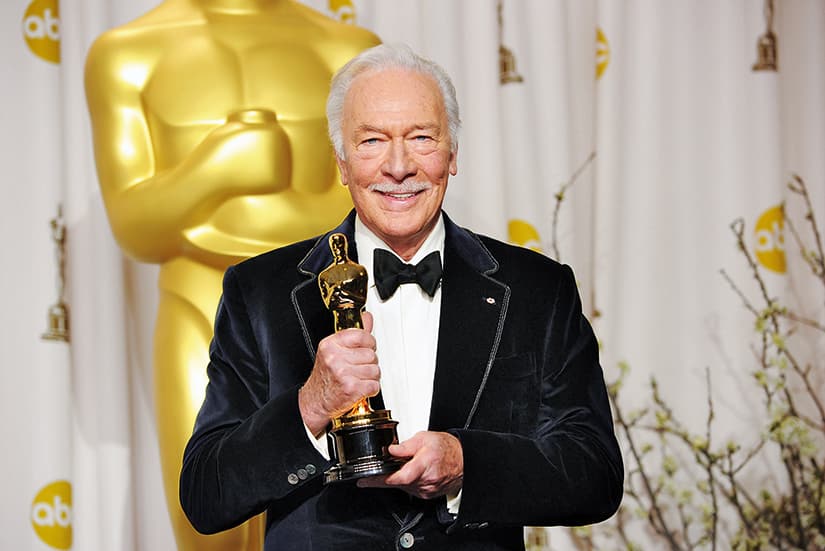 "You're only two years older than me, darling—where have you been all my life?" says Torontonian Christopher Plummer to his Best Supporting Actor statue when he becomes the oldest actor, at age 82, to win, for Beginners. (Jessica Tandy, who won in 1990 when she was 80 for 1989's Driving Miss Daisy, is the oldest woman to win an acting Oscar.) 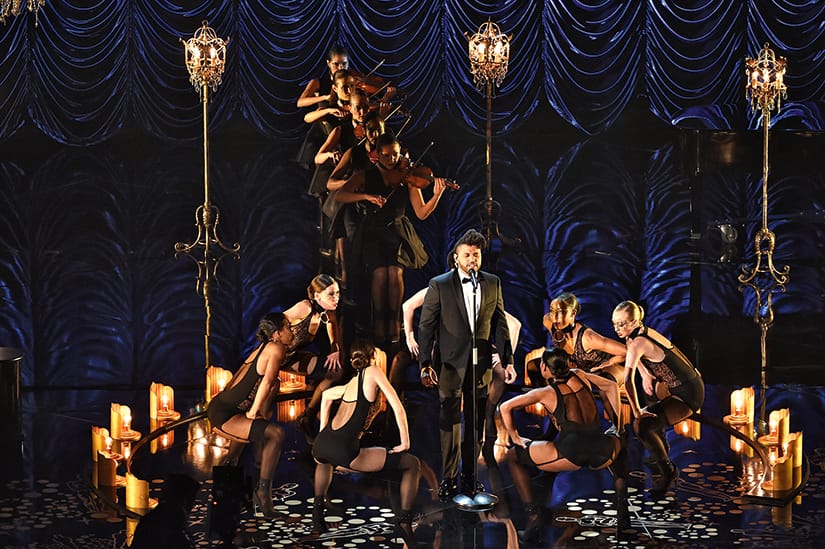 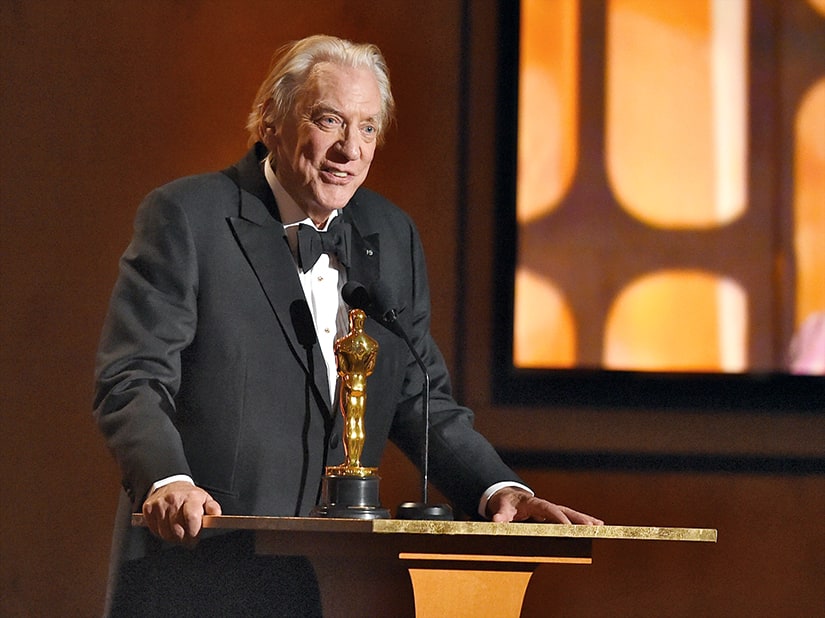 Donald Sutherland, who has been starring in movies for 50 years, from MASH to JFK to The Hunger Games, jokes that the closest he has come to an Oscar is when he presented with son Kiefer in 1989. In November, at age 82, an honorary Oscar celebrating his career is finally bestowed upon him at a special ceremony in Hollywood.

From her first nomination for The Deerhunter to her 20th nod in 2017 for Florence Foster Jenkins.

A look back at the biggest Canadian moments at the Oscars