Share
Share
So I took my dog to high tea at the Fairmont Royal York Hotel and I didn't get in trouble. Granted, it was a pretty special event—the Celebrity Doggie High Tea Launch Party in celebration of the 11th year of Woofstock, Canada's largest dog festival. My two year old (a chocolate miniature pinscher who loves to socialize) and I RSVP'd as soon as we saw the notice. Bebop and I love a good party. 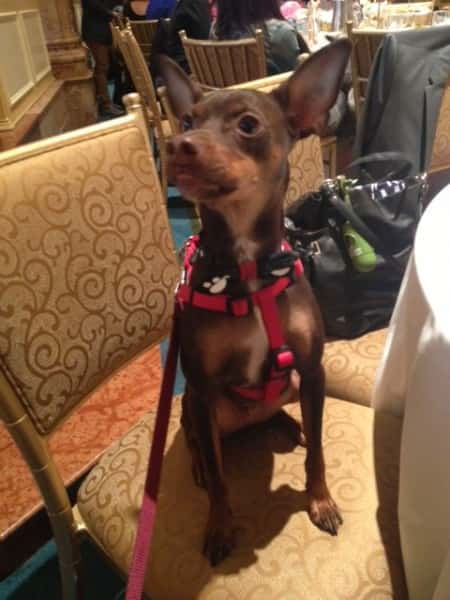 Bebop, my two-year-old miniature pinscher, on his best behaviour.

(He's wearing a bow tie that I painted for him. It has paw prints all over it.)

As soon as we entered the "Furrmont," Bebop dragged me to greet a selection of dogs in costume, many of them sitting on chairs or the tables sipping bowls of beef bouillon and scarfing down decadent cookies. Bebop ended up having three icing-coated stars—an enormous amount for a 16-pound dog. 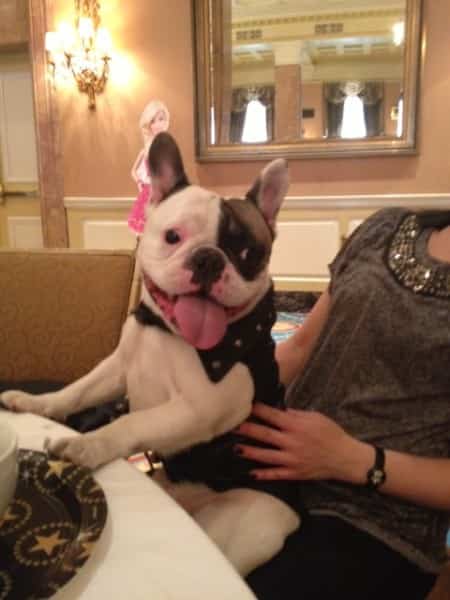 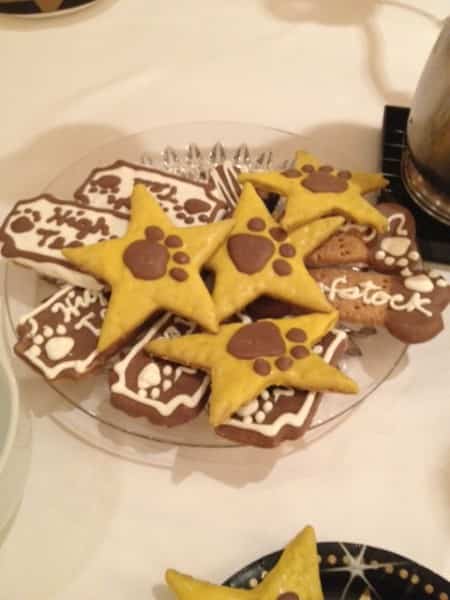 The costume contest was already in full swing, with dogs and their owners parading down a runway in the centre of the ballroom.

I had a few favourites, including the winner of the contest, Pope Bonedict: 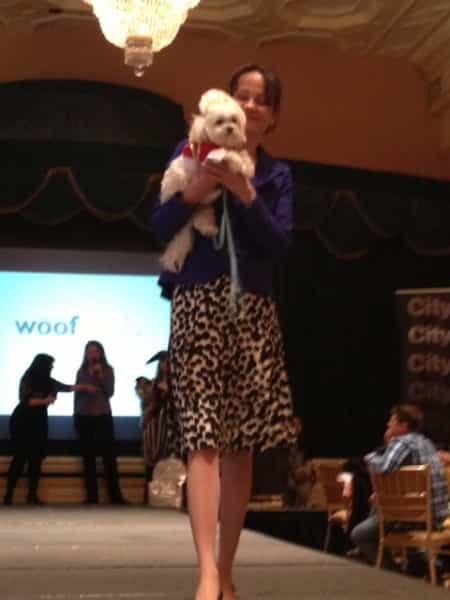 I also loved the pirates of the Canine-bean and Frankenweenie: 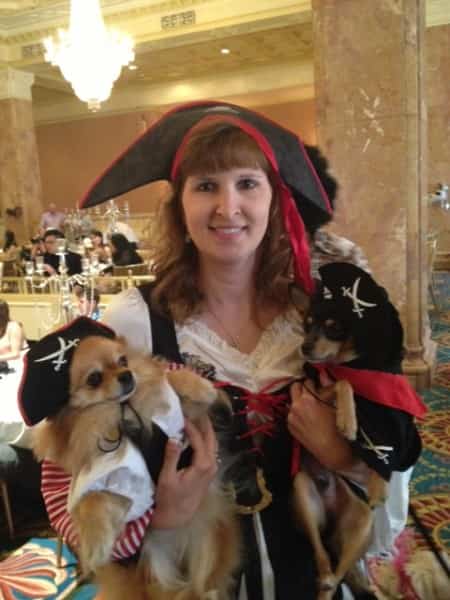 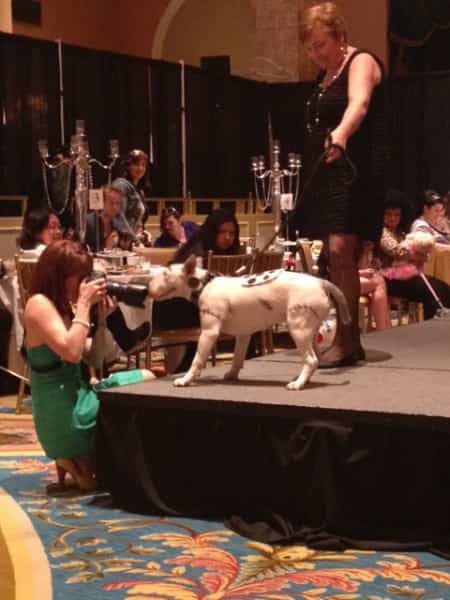 Bop and I had a blast, and I'd love to return next year, but with a celebrity costume for Bebop. I'm thinking Arnold Woofinegger or Snoop Dogg.

We'll also be attending Woofstock this year, as we have for the past two years. The festival is free, on May 24 and 25, 2014, and has moved to Woodbine Park in Toronto Beaches. Bring on the free dog treats, wiener dog races and fashion show! See you there?

An insider's look at dog heaven, AKA the Woofstock High Tea