Share
Share
How often do you log onto social media sites like Facebook? When you do, how much time do spend scanning through profiles after profiles of friends you've probably not seen in years? From vacation photos to personal videos of growing families and booming lists of friends... it can all seem quite overwhelming in the feelings department, right? [caption id="attachment_14642" align="aligncenter" width="320"] 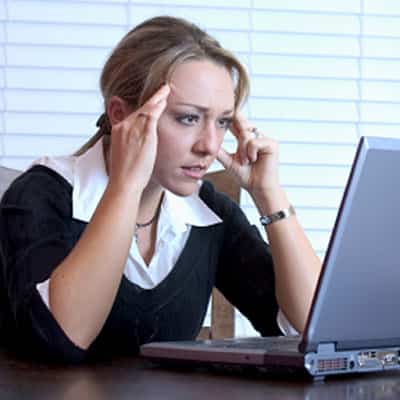 Emotional fatigue caused by social media
©iStockphoto.com/bholland[/caption] I have my theories about how social media sites are making us less instead of more social as a society, but I'll save that for another blog post. What's fascinating me today is this: a new study released jointly by two German universities states that another side effect of social media sites is a 'spiral of envy' that develops, as we can't help but compare ourselves to our online friends. If you find yourself staring face-to-face with the green-eyed monster, the good news is you're not alone. The study (which hasn't been published yet -- it will be presented at an upcoming conference), polled 600 people in Germany about the feelings they experienced when using social media sites. A third of the participants admitted to feelings of negativity, frustration, and envy most of all, as they unintentionally found themselves comparing their lives to their online friends. Women in their 30s were found to harbour envious feelings towards family happiness and physical attractiveness, while men were shown to self-promote more often. Sigh! The fact of the matter is this -- we're given access to a wealth of information about people online that we wouldn't have access to in real life. On Facebook, people decorate their profiles with factoids and information about themselves that they probably wouldn't share with others in face-to-face conversations. Within five minutes of scanning someone's profile (who you probably haven't seen in years), you can figure out what they've been up to for the past decade or so -- without ever speaking. That's more information in five minutes spent online than you'd get in a five minute conversation, had you met at a bar or coffee shop. I think we need to remind ourselves about this the next time we get caught up in the 'spiral of envy' -- which, apparently, is more prevalent online than in real life. The study also highlighted that people who experience these feelings of envy tend to up the ante with their own Facebook profiles -- more status updates, more photos of them having fun, more ups than downs. (Ironically, I'll probably be promoting this post over social media as soon as I'm done here. It's a vicious cycle, isn't it?) So my question for you today is this: What has your experience been like with social media (Facebook, in particular), and do you relate to this study in any way?