We spoke with Amybeth McNulty, the 15-year-old actress who beat out thousands of other girls to star as Anne, and the two women behind the show, bringing the classic to a whole new generation.

Canadian Living: Did you read the Anne of Green Gables series before getting this role?
"I read it when I was nine years old because I got it for my birthday, and then I went through all the books. I think my mom got the series for me because I was always asking for more books—I’m such a bookworm."

CL: Was relating to Anne easy or difficult?
"In some ways, it was easy—we’re both teenage girls who love nature and animals, and have a pretty vivid imagination. But I’m not a natural redhead. My natural hair colour is blond."

CL: Was adapting to the time period difficult?
"The language is slightly different, there are words that she uses that I wouldn’t in my daily life because she was living in the 1800s. But once you get used to the language and you’re talking so fast like she does, you don’t notice it. I learned a lot from the props department, such as how to write letters with a pen that required ink."

CL: Did you feel any pressure bringing back this iconic figure?
"There was a bit of nervousness, certainly. She’s a beloved character and it’s sacred ground. But I didn’t feel like I was changing her—I was just showing my portrayal of her. It’s a new story and new adventure so I’m excited to see how that ends."

CL: So, your mom is Canadian, but you’re from Ireland. Was it your first time here?
"It was my first time in Canada [filming in Ontario and Prince Edward Island], but my mom was born here. So, it was nice to be near where she was born."

CL: What’s your impression of Canada?
"Poutine and Beaver Tails – they’re my favourite things. I’m vegetarian so when I first heard, “Beaver Tail,” I thought it was something different."

CL: What can people expect from this new series?
"The story isn’t just for entertainment purposes. It’s got meaning to it. The issues include feminism, prejudice, exclusion and sexual orientation. It’s going to bring forth issues that are still very relevant today. I hope it will enlighten. In another sense, it’s a good excuse for this production to be shown. It shows people that you shouldn’t be afraid to talk about these issues." 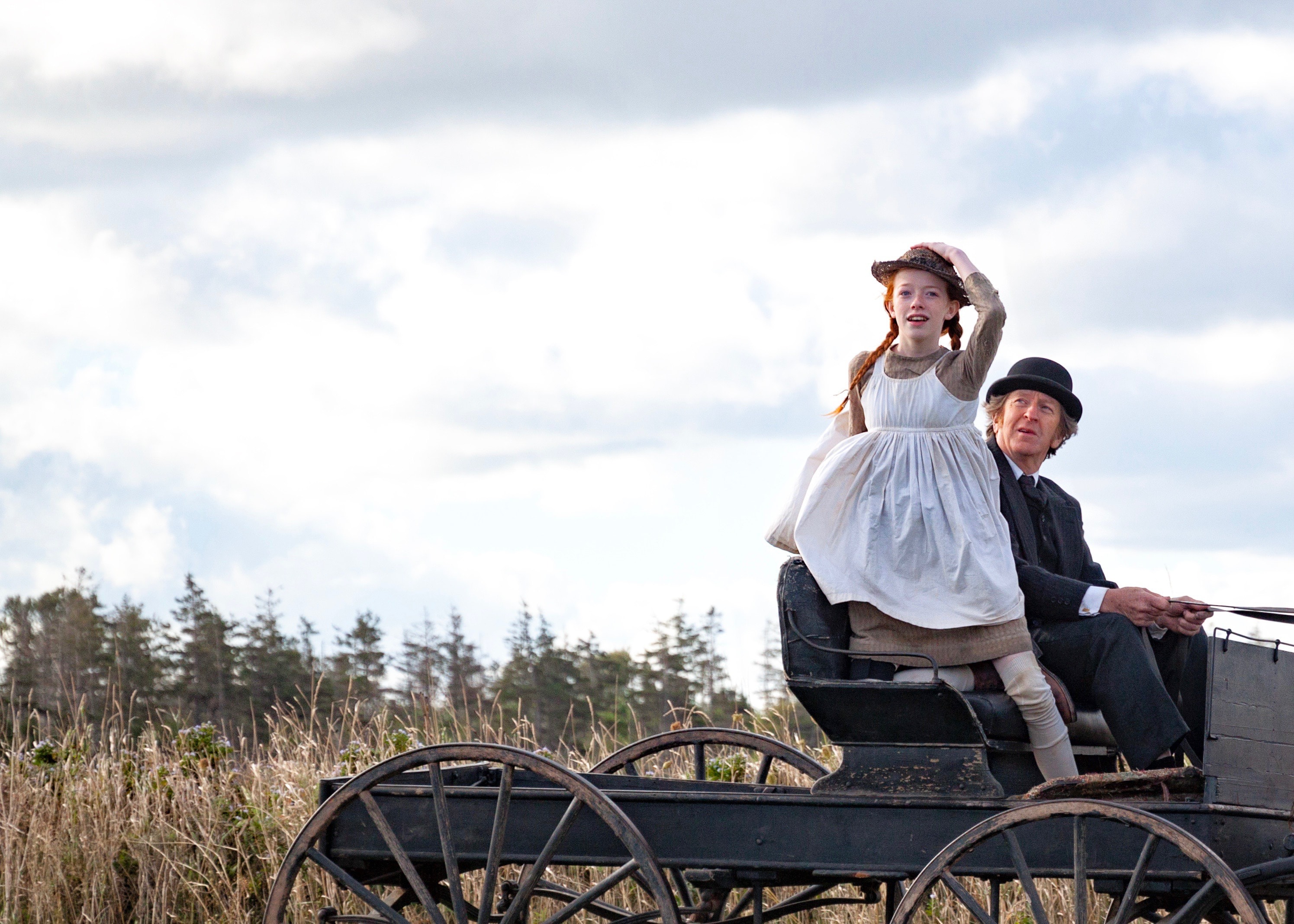 CL: How did this project start?
Moira: We first talked about it during a crazy trip we did up in the Arctic. We were working on a feature film about the future of the Arctic (it’s called The Grizzlies and will come out at the end of 2017).

I wanted to do an ongoing series, telling a story every week. I was a big fan of the books. The timing felt right. We wanted to make sure that if we were going to make it, then it had to be worthwhile, and new, fresh and relevant to today’s audience.

CL: What’s going to be new and different?
Moira: With all due respect to Lucy Maud Montgomery, I’ve gone in and read between the lines and kept imagining new stories. So, within the framework of the book, I’ve chartered new plots and territories. So, along with all the stuff you love, and are waiting to see, but it is framed in some new, everyday, and incremental stories, exploring that. Digging out what’s alluded to and what interests me with these characters.

CL: Were you able to focus on other characters?
Moira: Yes, it’s not just Anne. We’re exploring and answering questions to: Why isn’t she married? Why is Matthew so shy? Where are the parents? Anne is the catalyst in this story for sure. She drops into this story like a pebble in the water and the ripple effect is enormous for everybody. But I’ve expanded on some of the existing characters, and I’ve created a character from somebody who was mentioned in a sentence. It’s all within the pages—I just read between the lines.

CL: How do you think the younger generation is going to connect?
Miranda: I think thematically, we wanted to make sure it’s relevant. Every episode has a theme that is relevant today. So, I think it’s going to feel very fresh and contemporary—it just happens to be in pinafores.

Moira: I think the audience is sophisticated and I don’t think they’d be satisfied with some staunch, trodden version. I think they’re savvy viewers and want material they can relate to and we tried hard to make that happen.

CL: What’s the biggest difference between the 1985 TV series version to this?
Miranda: It’s a completely different imagining. It’s like the Brits who take their classic drama and literature and reimagine it every 10 years, and you get different versions of [Charles] Dickens.

I just heard they’re doing another Howard’s End. I think different artists take classic literature and bring it to life the way they see it. In our minds, this is our version of the novel in a way we hope will connect.

CL: Can you describe the Anne phenomenon – why are people so attached to it?
Miranda: Over 15 million copies don’t sell for any reason and I’ve asked myself that a lot.

Moira: Anne is relatable and beloved because all of us — to a certain degree — feel like we don’t fit in. And, above all else she keeps trying. She doesn’t think she’s pretty, and she doesn’t ever feel like she fits in. But she’s fiercely intelligent, wildly imaginative, curious and game. She’s a great friend. Within this scrawny wounded package, of this unwanted person, is someone with enormous resolve and optimism. And I think we want to be like that.

Miranda: I think the universal part of her is that she’s a survivor. And no matter what, when the chips are down, she looks forward with hope and optimism to find ways through those challenges.  I think there are lots of challenges right now with certain laws coming down, loss of hope, prejudice, gender inequality issues, and racism and to have a character who is different and an outsider, but voices her opinion strong and loudly, and spreads love and ultimately a positive message, that’s relevant and universal.

Moira: She has no boundaries for herself despite others imposing all kinds of stuff on her.

CL: Did you do any research on the author, Lucy Maud Montgomery?
Moira: Yes. She had a difficult childhood. She had lots of abandonment issues. Her mother died, her father didn’t want her. Grandparents raised her. She was kicked around and never shown any affection. She had a difficult marriage. Her book publisher tried to steal all her money. She’s a plucky, resourceful person who inhabited her imagination and I totally relate to her and to Anne. So, you can see why she was moved to write this story because I think she and Anne are pretty kindred. I did lots of research into orphans during that time period because they were outsiders of that world, and they viewed as suspicious and delinquents.

CL: What’s the big message from the series?
Miranda: We hope it’s going to inspire young girls to have louder voices. Ultimately, we hope people fall in love with the characters and enjoy it. I remember sitting with my parents and watching Sunday night television and no one does that anymore. The idea that we can create something that’s not pandering to kids, that grandparents can watch with their grandkids and everyone in between. We’ve been meeting Anne fans in all shapes and sizes and ages. It’s cross generation.

Because she’s this iconic and Canadian character, I feel she’s a great exporter. And, beyond the CBC, the series will air in 190 countries and so that many more people will be exposed to Anne with this show.

Are You Ready for a Brand-New Anne of Green Gables?